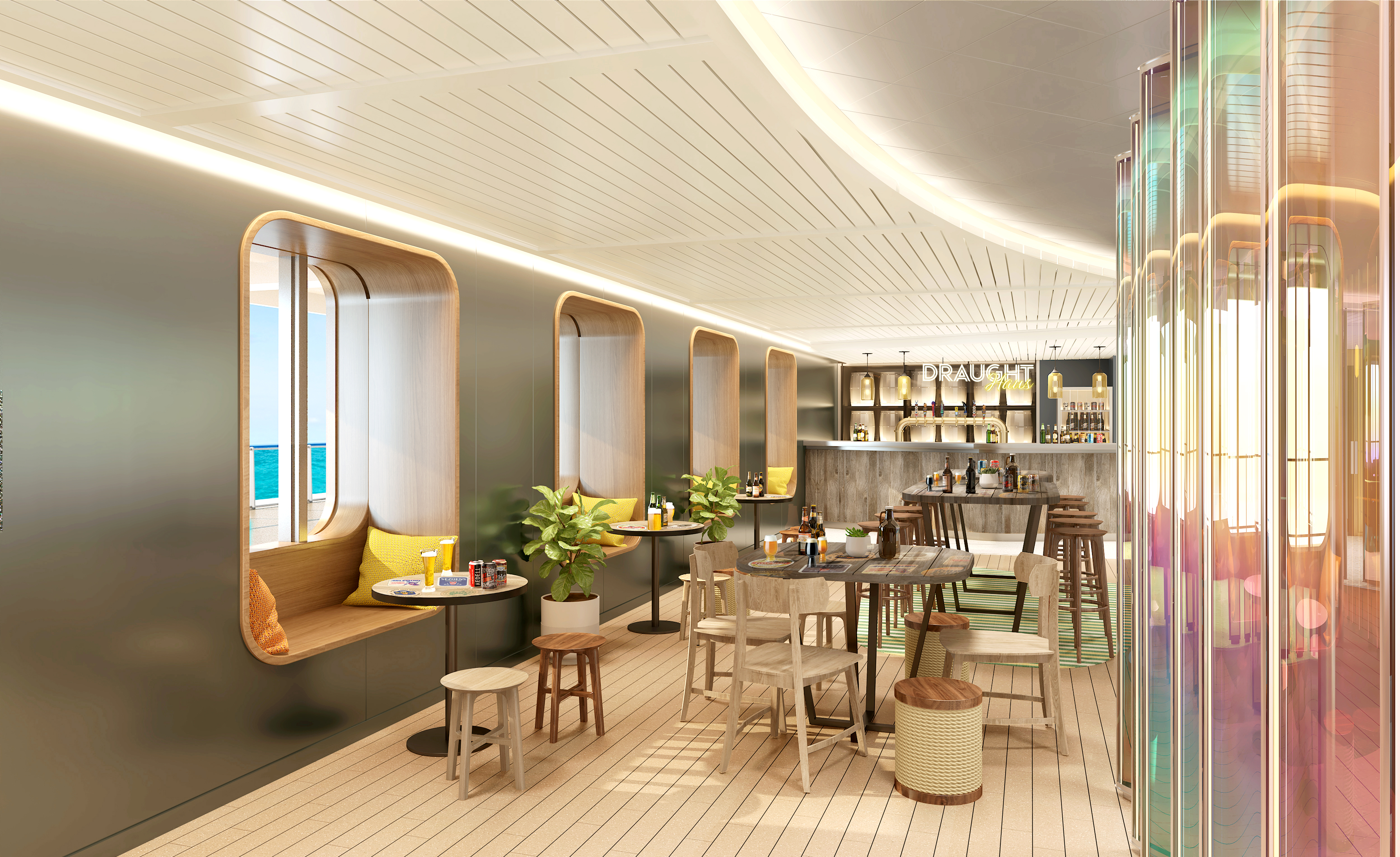 Only here for the beer: Draught Haus on Scarlet Lady (Picture: Virgin Voyages)

An exclusive English Pale Ale with a hint of red will be served on the new Virgin Voyages ship Scarlet Lady.

The signature craft beer, created by a Miami company, will be available throughout the ship and featured in its tap room Draught Haus.

Sir Richard Branson’s cruise line is now calling on passengers to suggest a name for the brew by commenting on its Instagram post featuring the can on @VirginVoyages.

The Wynwood Brewing Company in Florida took more than a year to perfect the ale by using American malts and hops but with an English yeast, to celebrate Virgin’s British roots.

The beer is said to have a malty body like a traditional EPA, but slightly more bitter and hoppy, with hints of grapes and fruit on the nose plus toffee and caramel in the background. A touch of roasted malt gives it the red tint.

‘Virgin Voyages always loves a challenge and so we asked ourselves, “How can we create the most perfect beer to be enjoyed in the midday sun?’” said Charles Steadman, senior manager of beverage development for Virgin Voyages.

‘We have created the perfect pale ale that is both thirst quenching and refreshingly delicious, but of course, created with a Virgin twist, as we have given it a little kiss of scarlet red. And who better to partner with on this exciting endeavour than Wynwood Brewing Company, based in Scarlet Lady’s home port of Miami?’ 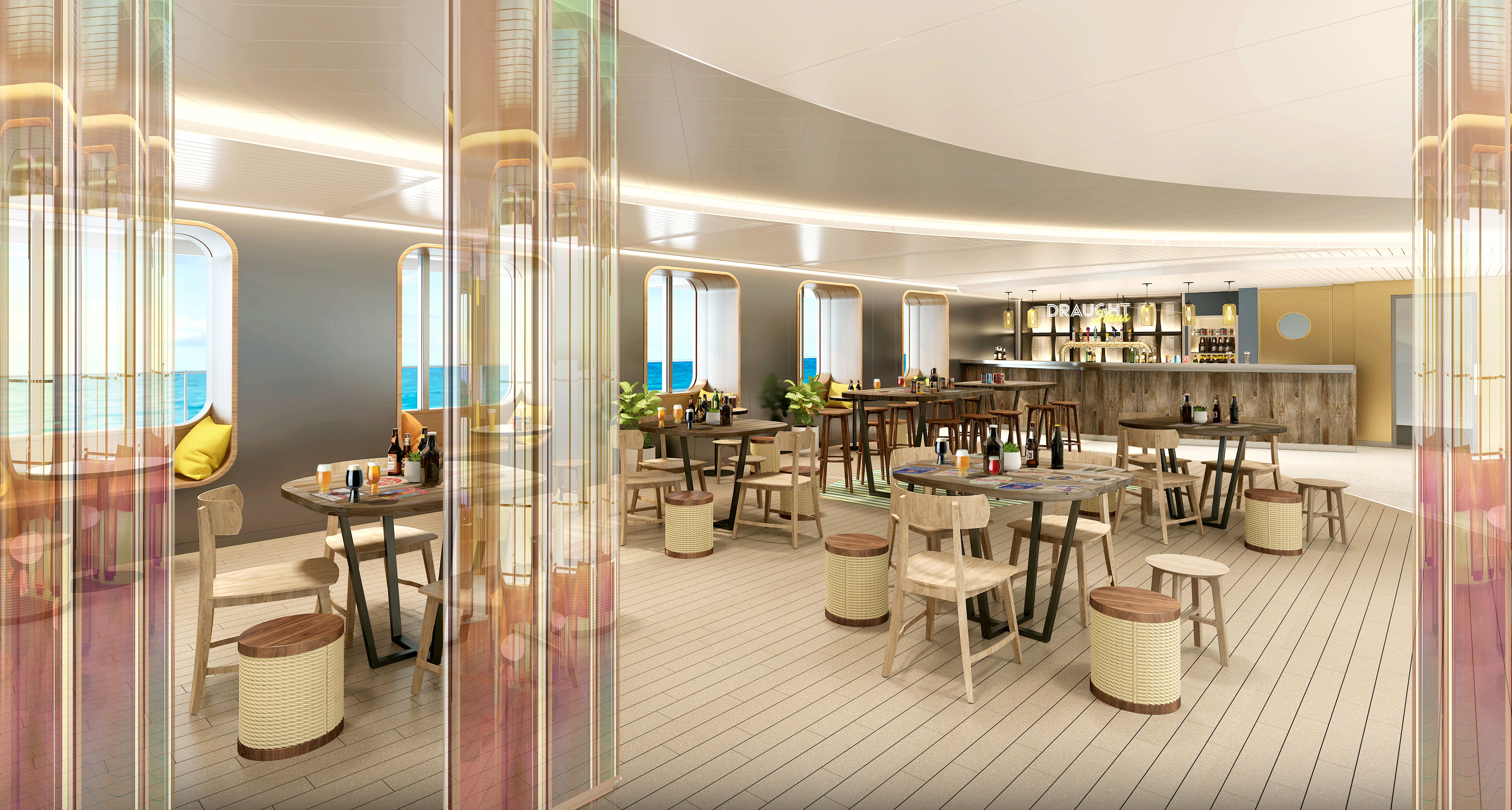 Raising the bar: Another view of the Draught Haus (Picture: Virgin Voyages)

Brewery founder Luis Brignoni said: ‘Virgin has always been known for pushing the boundaries in the same way that craft beer has. We are so excited to work with them on this project and create a unique beer that folks can enjoy on the high seas. It seems only fitting with a company rooted in English heritage sailing in Miami that we brew an English-style beer right in the heart of the Magic City.’

Draught Haus, on deck 7 of Scarlet Lady, will offer eight beers on tap as well as a range of bottled artisanal ales, shots and beer cocktails.

Guests will be able to enjoy ice-cold drinks as music filters in from the Voyage Vinyl record shop and DJ booth next door, or order a beer to be enjoyed elsewhere on the ship, including their cabin.

The adults-only Scarlet Lady is due to launch in Miami on February 14 next year. A second 2,770-passenger ship, as yet unnamed, is being built at a shipyard in Genoa and two more are on order.