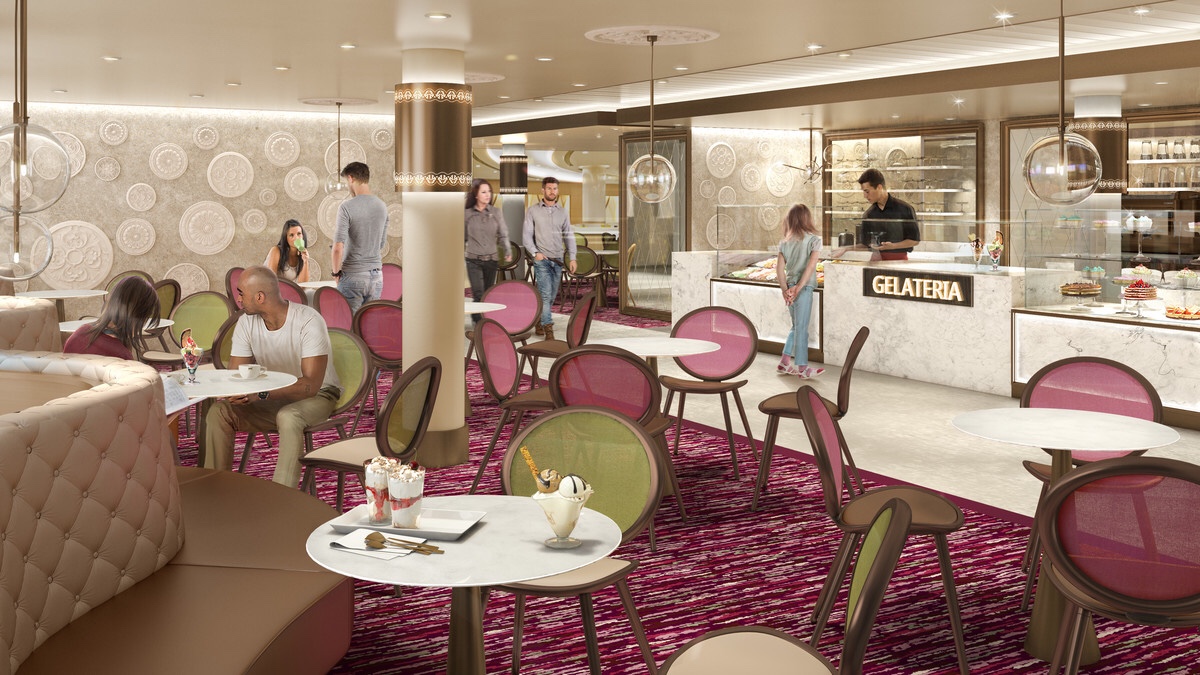 Have an ice day: The gelateria on Iona (Picture: P&O Cruises)

A four-screen cinema, fun food options and ‘pop-up’ performances will all feature on P&O Cruises’ new ship Iona, being launched next May.

The movie complex called Ocean Studios will screen blockbusters and family classics throughout the day, complete with popcorn, ice cream and snacks.

The Quays will be a dining piazza with lots of venues serving snacks, light lunches or informal dinners, opening on to the Promenade Deck so guests can dine outside too.

The Boardwalk Diner will offer American favourites such as chargrilled burgers, hot dogs and Southern fried chicken with coleslaw. 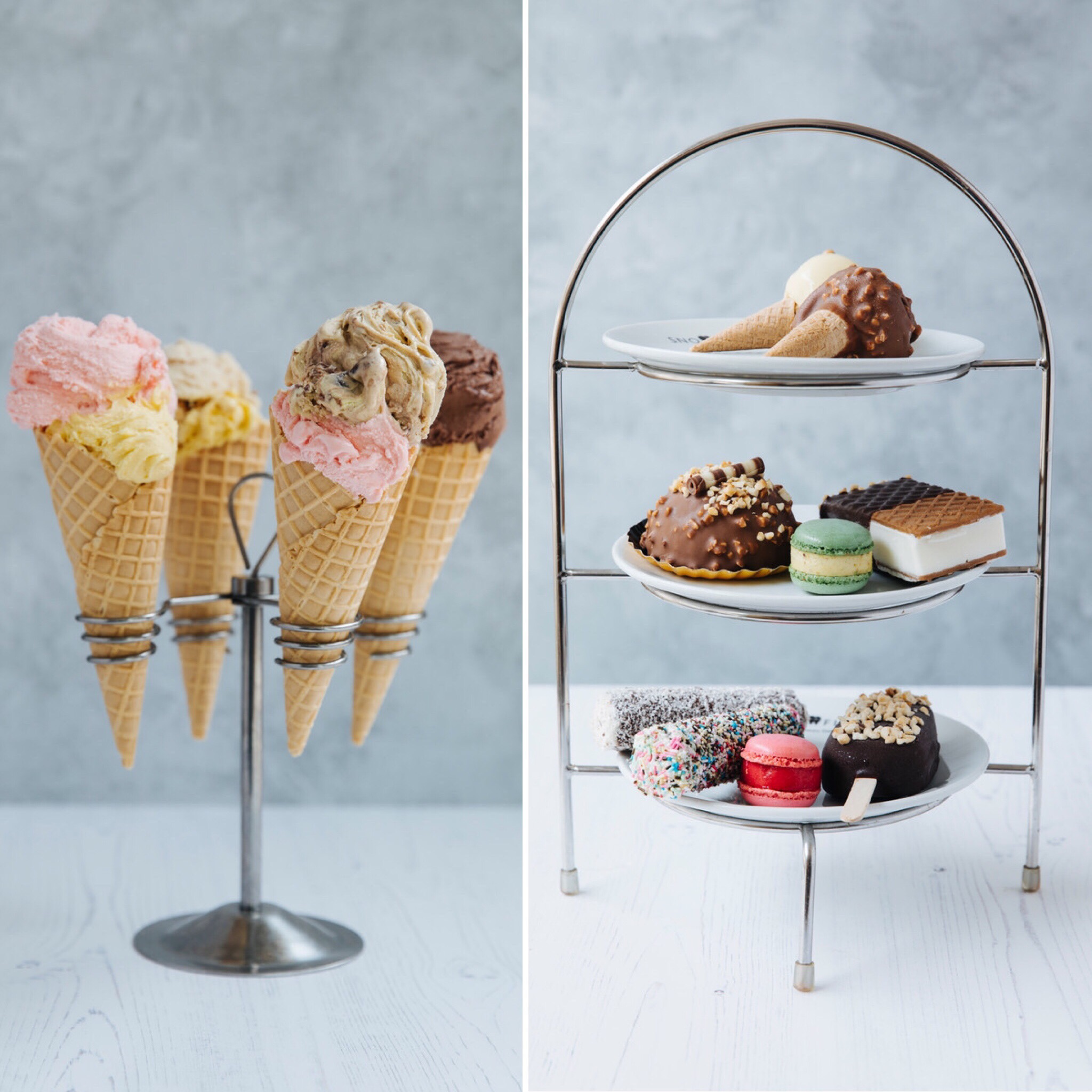 Cones and afternoon tea at the gelateria (Picture: P&O Cruises)

Fusion will serve Asian takeaway food while Hook Line and Vinegar will specialise in traditional British fish, chips and mushy peas – as well as calamari, scampi and crab cakes.

Family sharing platters of southern and eastern Mediterranean fare will be available in The Olive Grove restaurant and conservatory.

And Taste 360 will be a street food-style experience on deck so guests can enjoy sea views as they eat.

Ripples, at the top of the Grand Atrium at the entrance to The Quays, will serve Italian-style gelato, sundaes, milkshakes and even a three-tiered gelato afternoon tea. 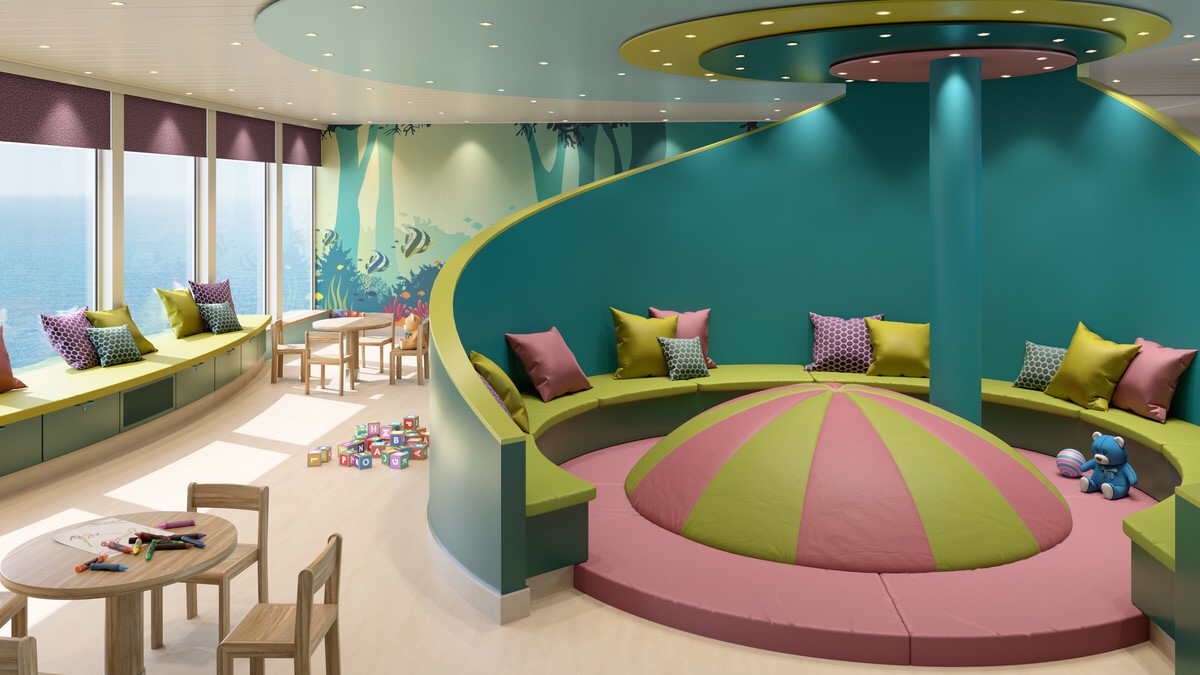 Children from toddlers to teens will be entertained in age-related clubs. The Reef activity programme will be for youngsters from six months to 12 years old while Scene will allow teenagers from 13 to 17 to test the latest gaming technology. The Night Nursery will look after the little ones while parents enjoy Iona’s dining and entertainment venues.

There will also be The Club House where families can play games and enjoy entertainment and game shows; a range of swimming pools, family-friendly shows in the Headliners Theatre and ‘pop-up’ performances, including aerial and circus performances, in the Grand Atrium and SkyDome.