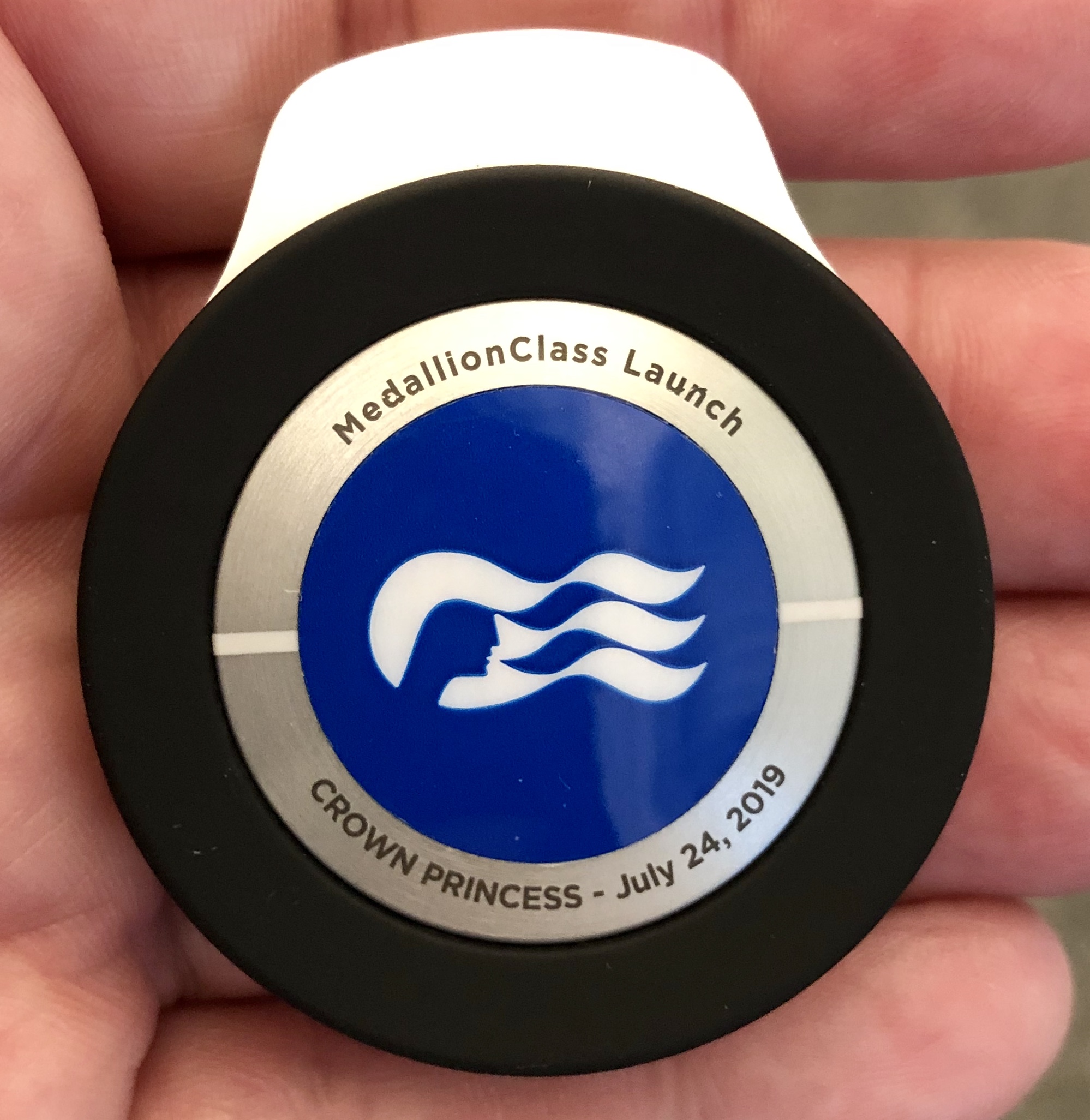 Crown Princess today became the fourth Princess Cruises ship to fully adopt Ocean Medallion technology, allowing guests to order drinks to wherever they’re sitting or open their cabin doors without having to reach for a card.

Those were just two of the functions of the 10p-sized device and its associated software demonstrated on board the ship in Southampton.

So what does the new system do?

1: It opens cabin doors automatically. As you approach your room, a sensor unlocks your door, saving you the awkward fumbling for a key card. The hands-free solution is also a boon for passengers carrying coffee cups, or who are in a scooter and have trouble using a door card.

Choose your drink and it is brought to you

2: It allows you to order drinks to wherever you are. By using an associated app on your mobile phone, you no longer have to track down a waiter, or queue at a bar. Simply choose your tipple and a staff member will bring it to you – even if you change location. So on the way back from the theatre, you can order a drink to be delivered to your room, for example. And it’s not only booze – you can also buy suntan lotion or swimming goggles to be brought to you as you lounge by the pool. 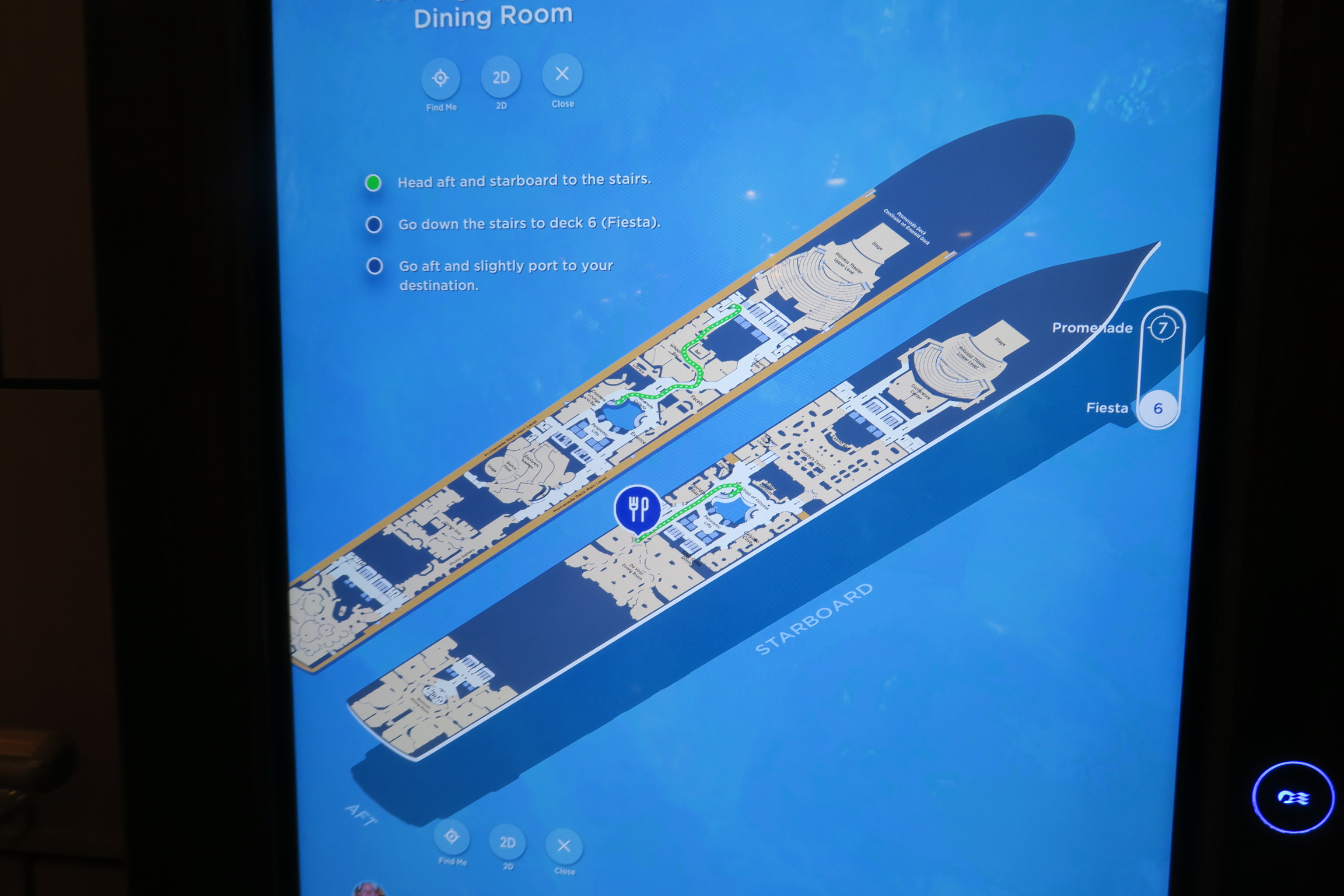 Screens on corridor walls guide you round the ship

3: It helps navigate your way around the ship. Tap your Medallion on a screen and graphics will come up to show the route back to your cabin or anywhere else on board.

4: It tracks other members of your family or friends group. If you want to know immediately where your children, your partner or elderly parents are, Ocean Medallion software will show you. As you meet people on board, you can add the new friends to your tracker so you can always easily meet up with them – but only if they agree. 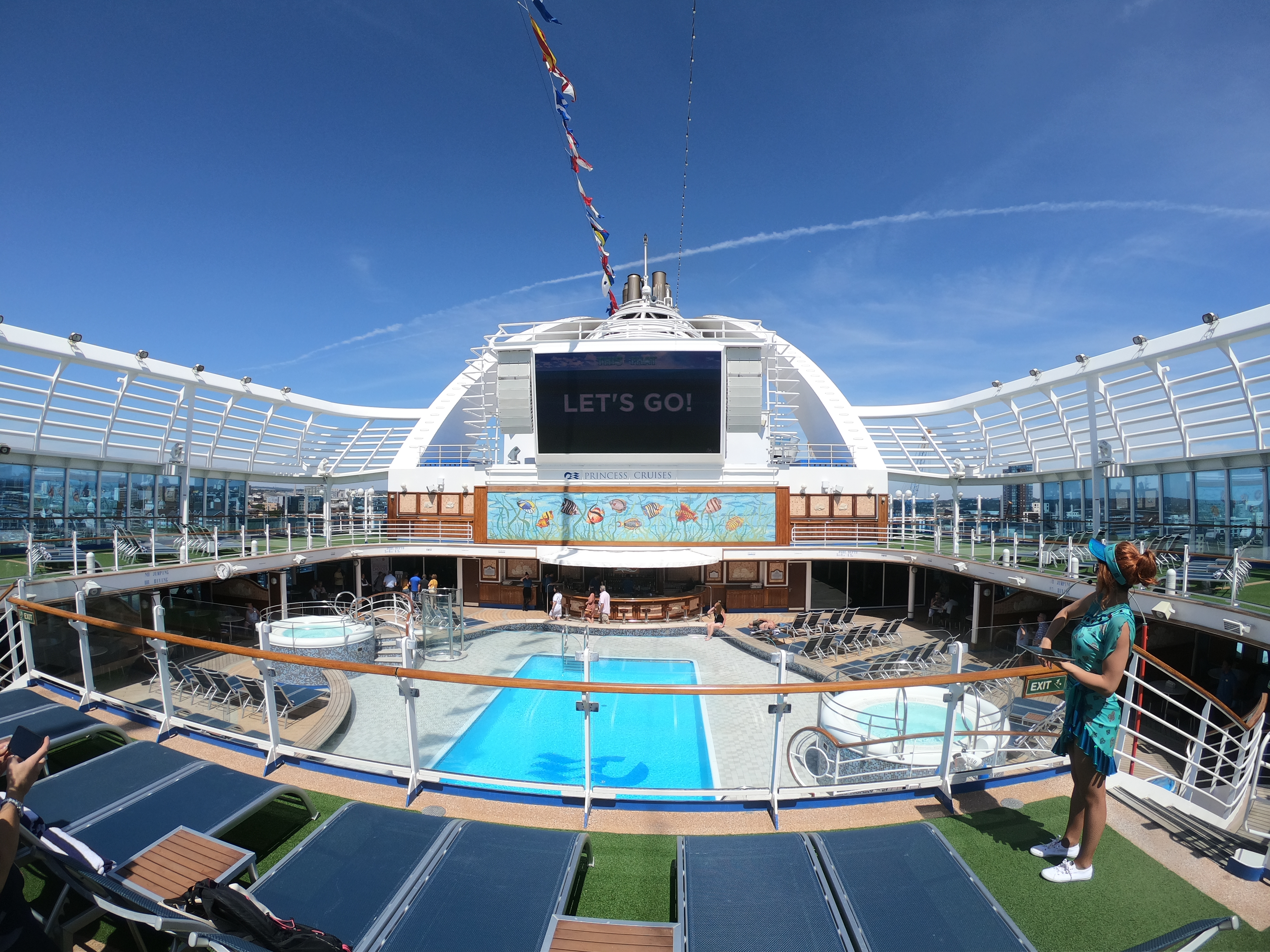 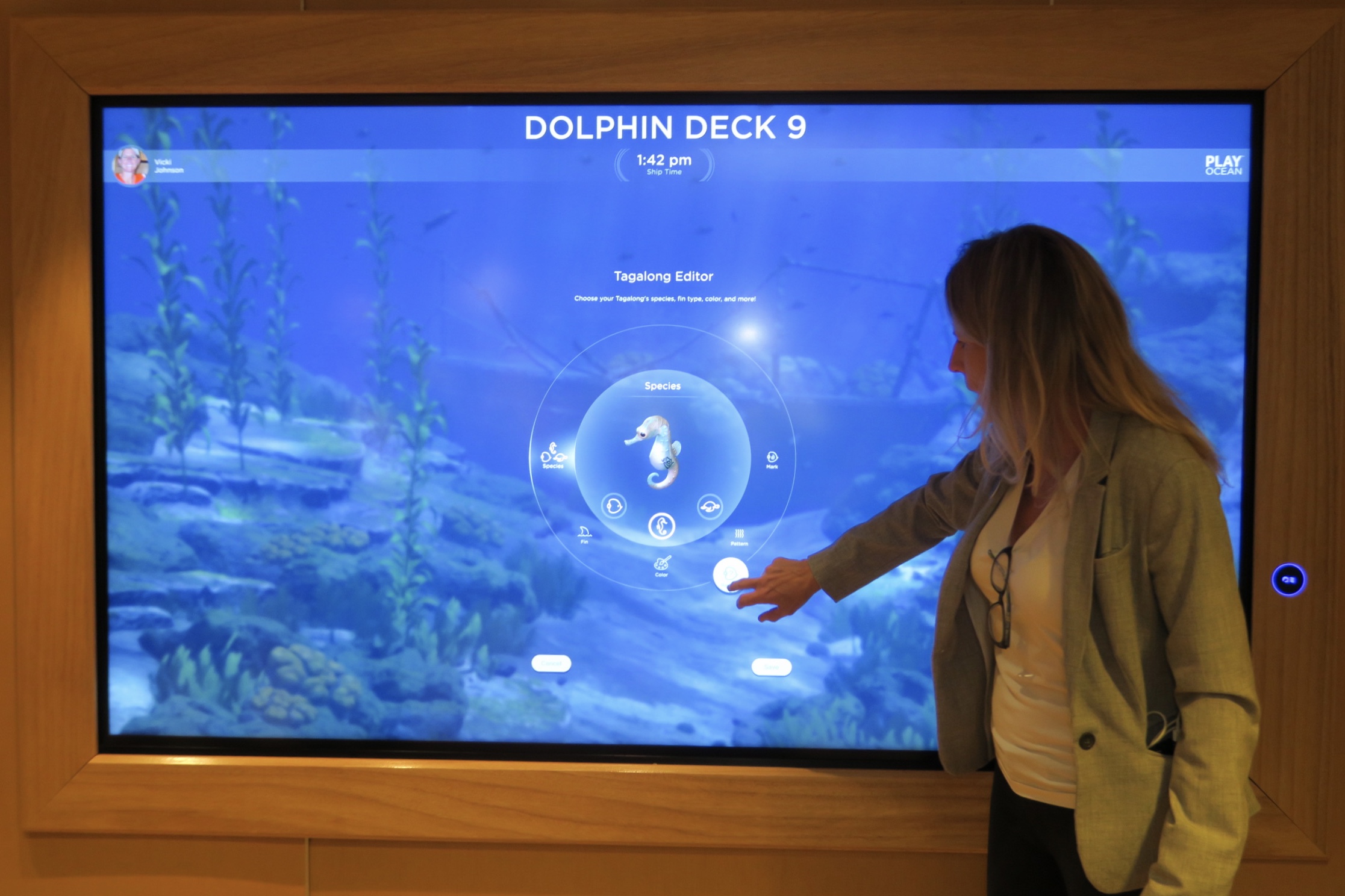 Choose or design your own creature to follow you around

5: It lets you play games and have fun. By carrying the Medallion, you can create a new ‘virtual friend’ – a sea creature that follows you around the ship, bobbing up on screens as you pass. And you don’t need to go to the casino to play games of chance because you can see them on your phone or tablet. Mass games can be organised using the big film screen on the top deck. 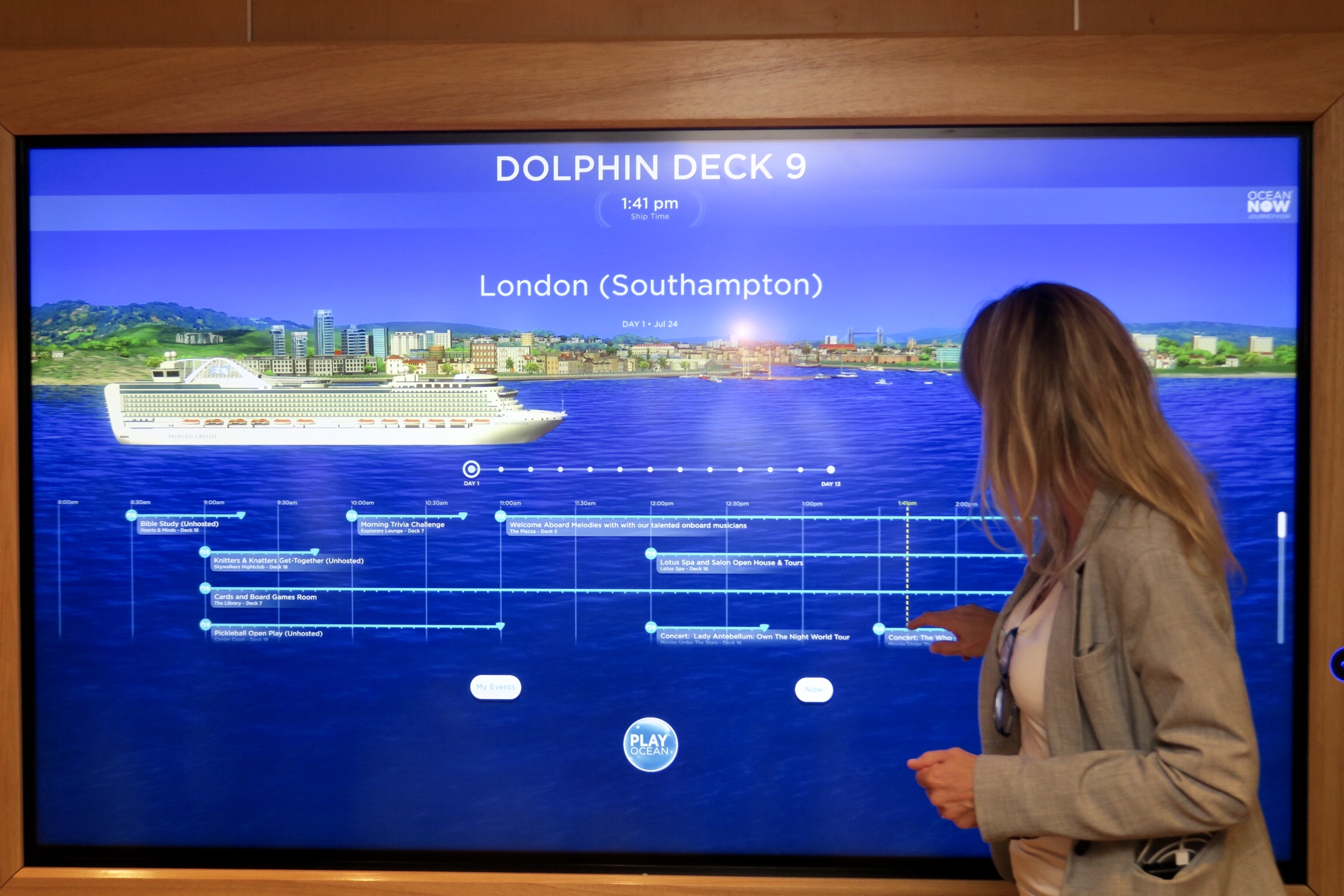 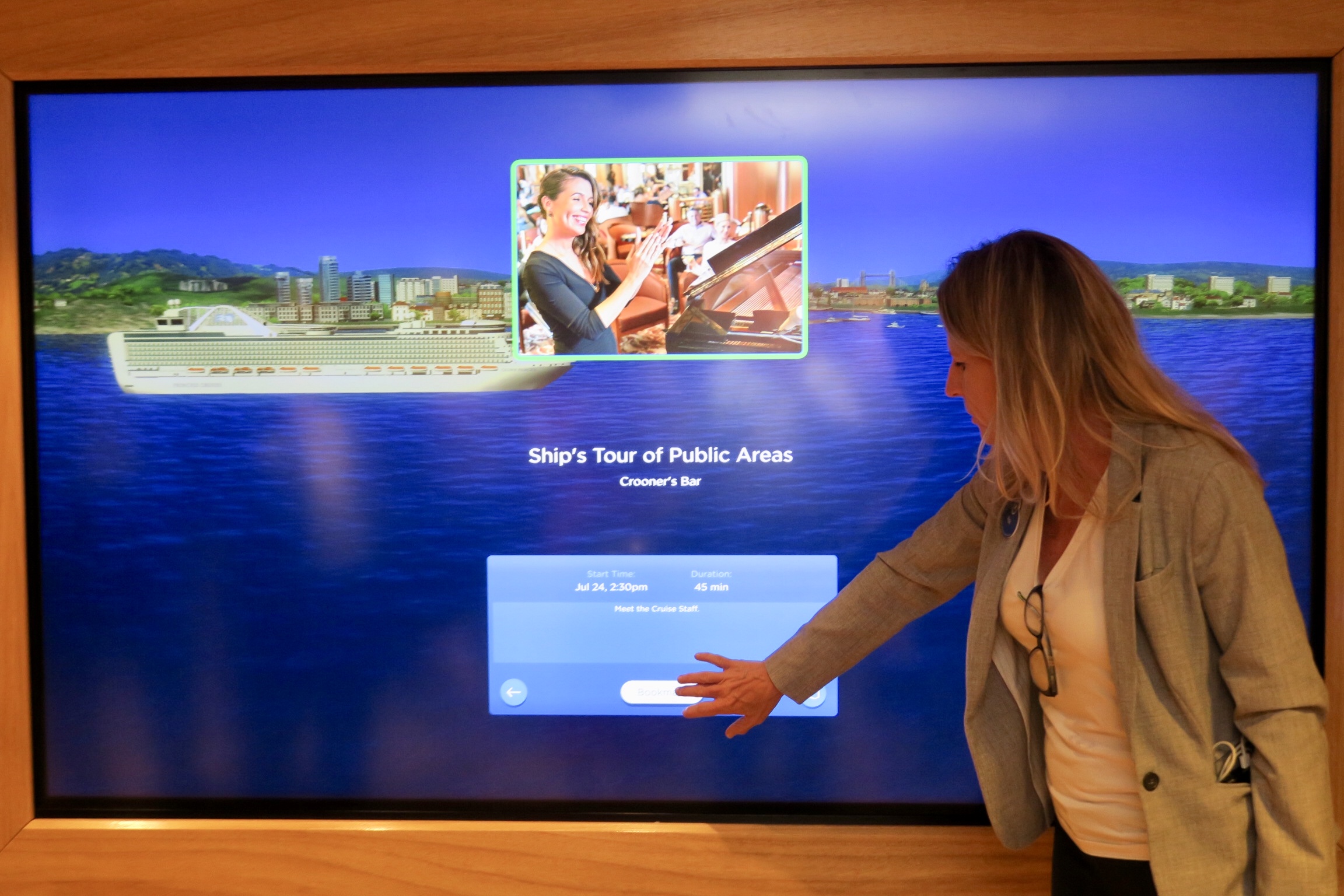 Book excursions and tours for the entire voyage on screen

6: It allows you to book excursions and tours. Interact with one of the big screens to see the itinerary for the entire voyage and book what you want to do.

7: It interacts with your room TV and other devices. Start watching a movie on your screen and you can continue watching it on your phone. Better still, users of devices such as Apple TV can begin a film at home and catch up from exactly the point they left it days later on their cabin TV.

8. It takes the guesswork away from staff. In the days of glamorous transatlantic liners, waiters would keep a black book of guests’ favourite tipples and other information about them. Now, as soon as you approach, they know where you’re from, what your favourite drink is and even whether it’s your birthday – but only if you volunteer to allow that information to be shared.

9. It makes embarkation easier. Personal details will be kept from previous cruises and not have to be entered again. Although you get a new Medallion for every voyage, your personal preferences will be kept on file.

10. It allows touchless payments. Buy something in an onboard shop and you can be charged without having to reach for your phone or payment card. The cashier can tell by your profile picture on their screen to debit the correct account.

So is it all a bit Big Brother?

Princess Cruises insists the Ocean Medallion technology is all about making life easier for passengers, especially with ordering drinks and opening cabin doors. Anyone who wants can still use a traditional cruise keycard but so far only one person in 200 has declined to use a Medallion, and they are mainly people using pacemakers because of the magnet in the device. All information is volunteered, can be removed on request and will not be used for any marketing purposes, Princess says. It adds that personal service is still a priority and the technology allows staff to interact more with guests, not less. Ocean Medallion is certainly the future but it remains to be seen how well and how quickly British customers will adapt to sharing so much data about themselves – even if it saves them time getting their favourite beer or cocktail.

One thought on “What is Ocean Medallion and what does it mean for my voyage on Crown Princess?”