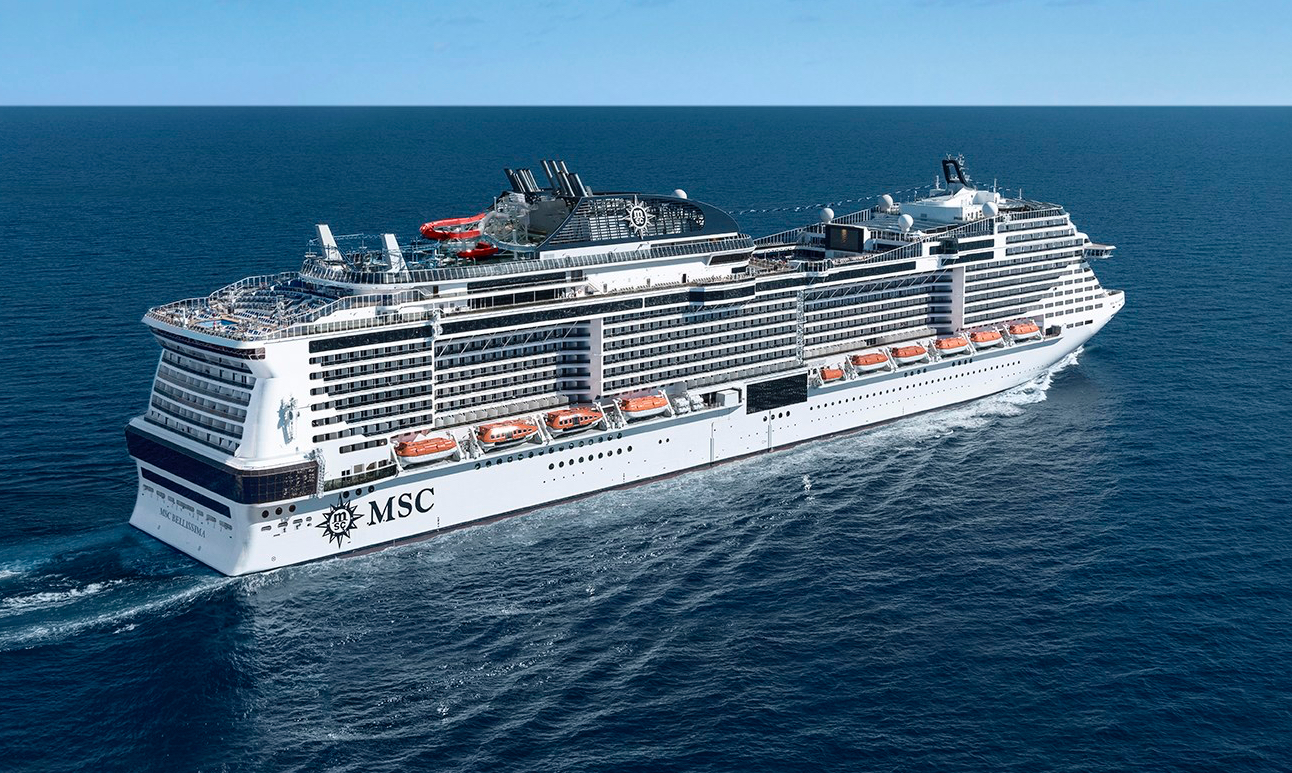 Why did an Italian-run cruise line, based in Switzerland, decide to name a French-built ship, which is heading to China, in Southampton?

The answer is simple, says MSC Cruises’ UK and Ireland managing director Antonio Paradiso. It’s because the British market is so important to the company, which still has 13 ships on order to be delivered up until 2026.

More than 25,000 Britons have already booked a holiday on MSC Bellissima, which was officially named by godmother Sophia Loren in Southampton last night. The ship will spend time in the Med and the Emirates before moving to China.

In an exclusive interview, Mr Paradiso told me: ‘The fact we’re launching this ship in Southampton shows we have a great co-operation with the port itself and, of course, I’m working non-stop to increase the sailings from the UK.’

Mr Paradiso pointed out that the European line has made many changes to appeal to British customers, from increasing the number of English-speaking staff to warming the plates, which doesn’t happen in continental climates.

Steakhouses and teppanyaki restaurants have been introduced and Mr Paradiso scouted out pubs around London to ensure the ship’s tavern had a genuine British feel to it.

MSC Cruises has signed a partnership with Chelsea that allows it to display the club’s memorabilia on board. There’s a modern artwork of the Queen and in the London Theatre, adorned with images of the Big Ben tower and Union Flag, walls are covered in titles of Shakespeare plays.

Clip of the Cirque du Soleil performance at the naming ceremony

There are no plans yet to sail Bellissima out of the UK but itineraries for 2021 are still being finalised. Whatever happens, Mr Paradiso intends to offer British guests a selection of cruises from our shores between seven and 14 nights long to appeal to everyone from young families to older couples.

In November, the next MSC Cruises ship, Grandiosa, will make its maiden voyage from Hamburg to Southampton and another big event is planned.

The naming ceremony for Bellissima had to be moved from a dockside marquee to inside the ship after strong winds linked to Storm Freya battered the structure.

One thought on “We named Bellissima in Southampton because the British market is so important, says MSC Cruises’ UK MD”