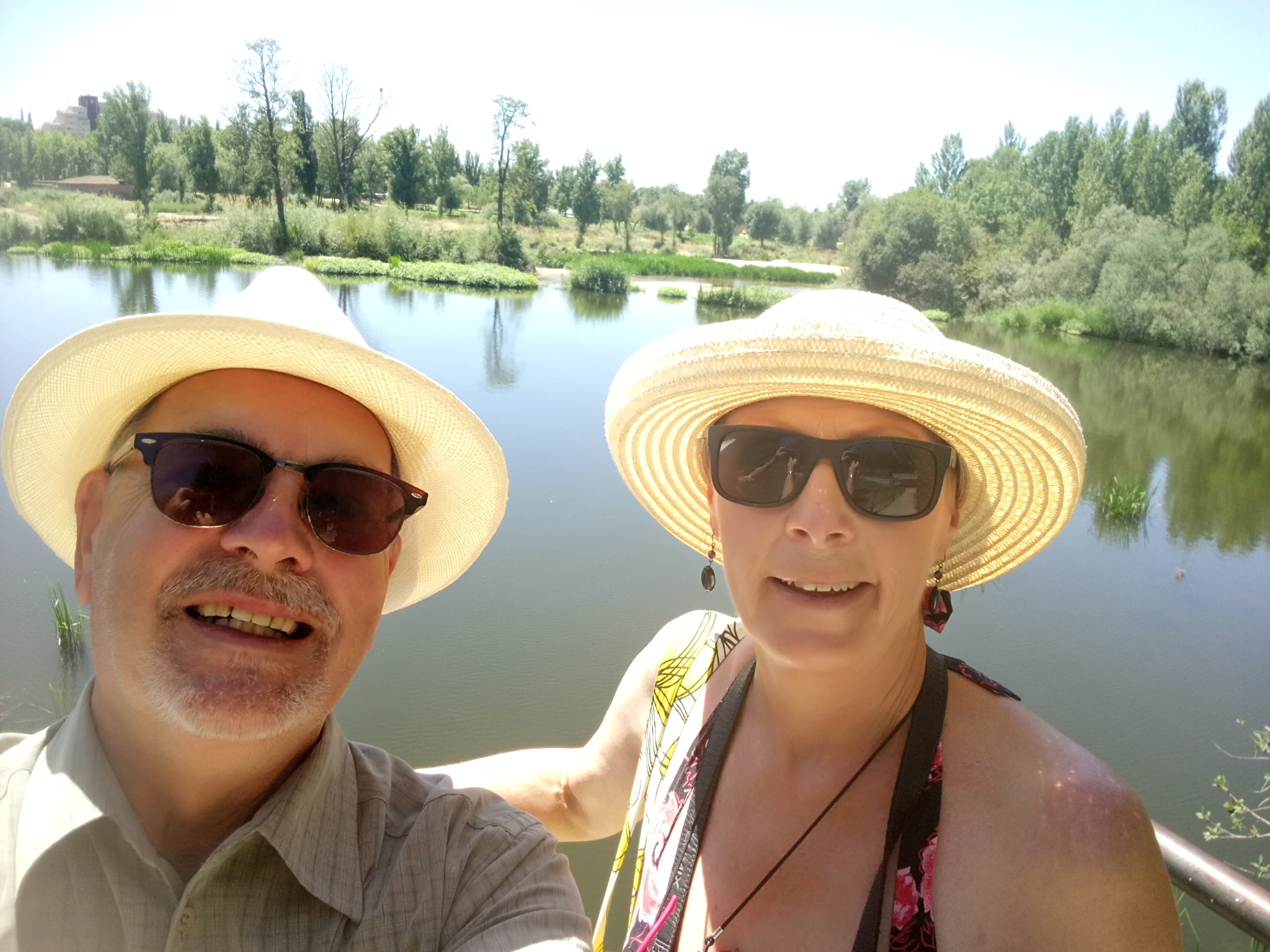 Robert and Anne on the river

By Rob and Anne England

Is it possible to be more relaxed? You’re lazing on a sunbed, cocktail in hand, looking out at serried ranks of vines that tumble from dizzily steep, sun-soaked hilltops to the river’s edge.

From time to time you pass a little terracotta-roofed village clinging to the hillside, watch swimmers cooling off by tiny crescents of sandy beach, or wave regally at a passing tourist boat. Here there’s no danger of ocean swells and Force 8 storms; you travel at a gentle pace every day and have a constantly changing view – so much so that you hardly want to go down to your cabin in case you miss something.

The atmosphere on board is relaxed and informal. This is river cruising. And what a river. The Douro begins life in north-central Spain and travels more than 500 miles to empty into the wild Atlantic at Porto.

In between it travels through one of the oldest demarcated wine regions in the world, where generations of vineyard owners have hacked vertiginous terraces out of schist – the unlikely nurseries where, under the punishing sun, the grapes grow to produce millions of bottles of port.

And all the signs, literally, are here: the swathes of green occasionally broken by huge boards bearing the famous dinner-table names – Sandeman, Warre’s, Dow’s, Taylor’s. 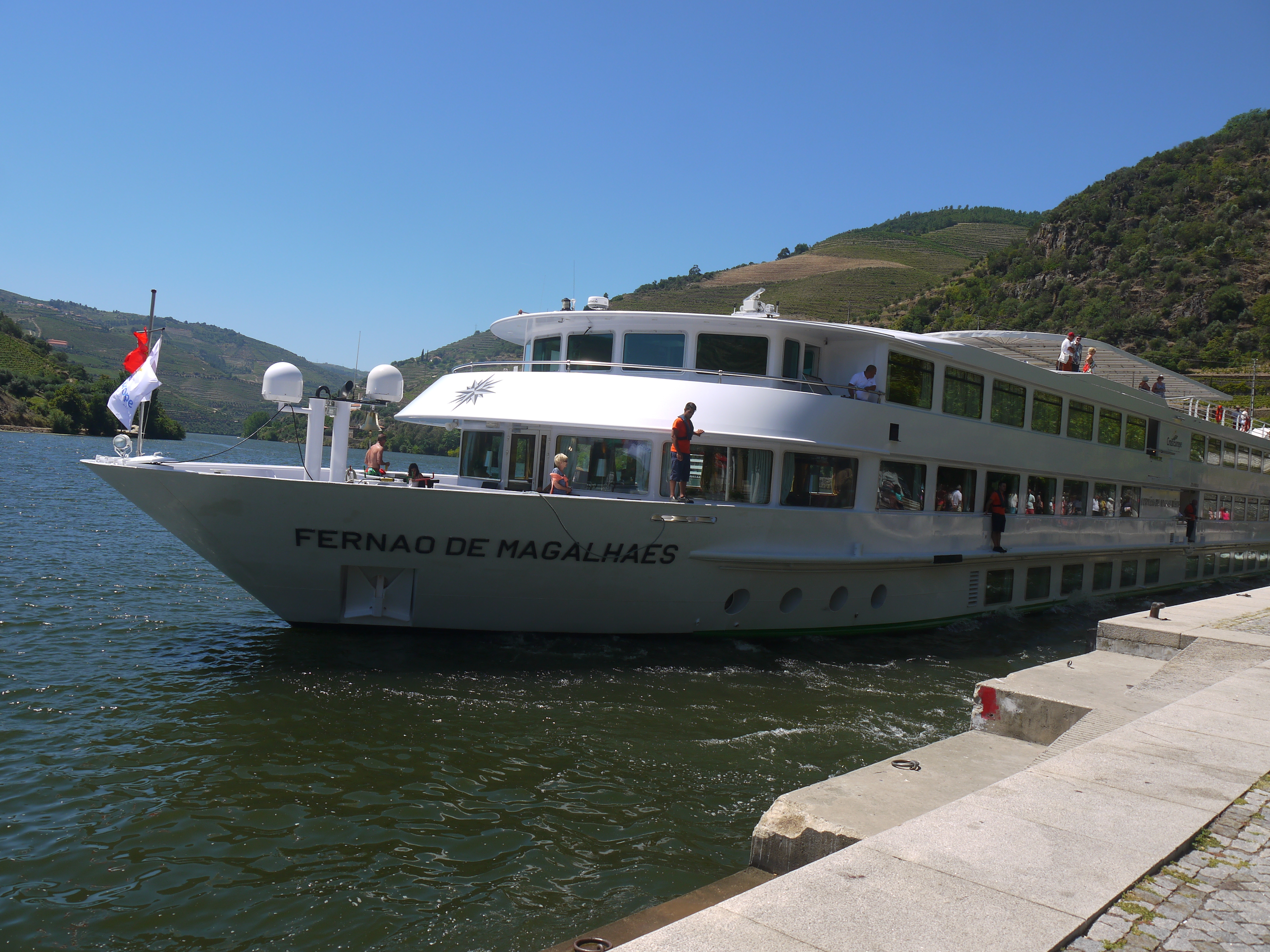 It was through this breathtaking landscape that our 142-passenger ship, the Fernao de Magalhaes, navigated from Porto to the Spanish border and back again. As if the views weren’t enough, the journey was punctuated by five locks – stunning feats of engineering that negotiate differences in the river level of up to 39 metres.

We travelled with CroisiEurope, not the most familiar name to the British market. It’s owned and managed by a French family, with some 50 vessels operating on all the major rivers around the world.

We were expecting the British to be in a minority – not an issue for us in any case – but it was a sizeable minority with some 20-plus fellow countrymen and women on board. The company allocates tables according to language spoken and we found ourselves on a very companionable table with four fellow Brits and two Australian residents. 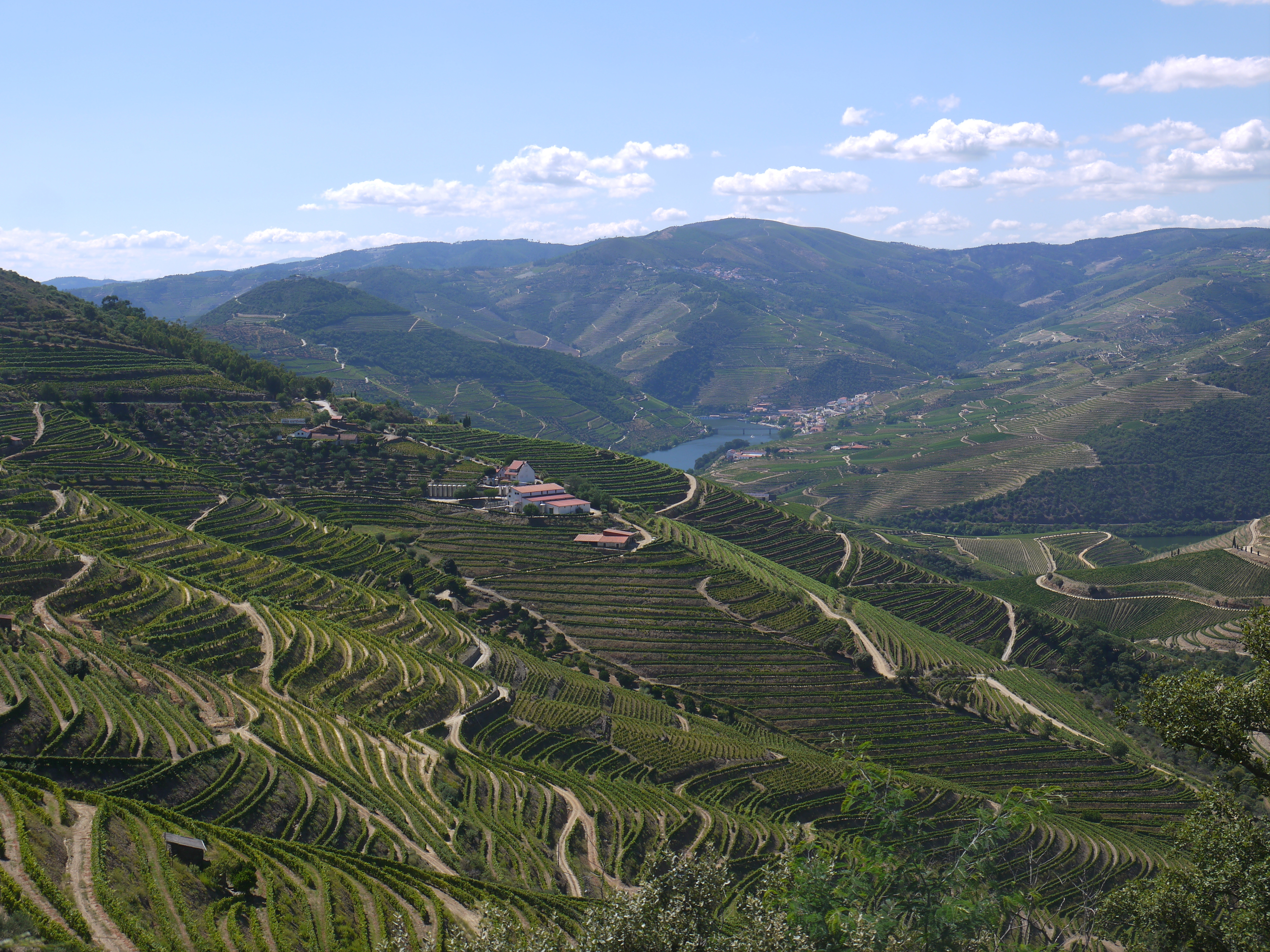 Vine romance: The hillsides over the Douro (Picture: Rob and Anne England)

Prices for a seven-day cruise on the Douro vary enormously and CroisiEurope is placed at the more affordable end of the market. Unlike most of its competitors, it owns rather than leases its ships and while the others ply their trade from the touristy area by the famous port warehouses in Vila Nova de Gaia, CroisiEurope has its own dedicated mooring in a quiet area farther upriver.

The company’s aim is to provide the highest quality experience but also value for money. Did it succeed? Well, what you don’t get is flexibility. Apart from the buffet breakfast, lunch and dinner are at set times with a set menu. You can request a change if you have a specific dietary issue – there were three pescatarians on our table – but if you have, shall we say, a selective palate, or are not a carnivore, the options, from our experience, might seem a little limited.

The main meals, although not up to the standard of the better ocean cruise lines, were consistently good, with some of the regional offerings excellent: the paella on the night of our brief foray into Spain was a highlight. There were also, it has to be said, some odd offerings – we’re not sure pairing roast beef with ravioli is an inspired culinary innovation.

Breakfasts were the normal continental affairs with a decent choice and, on a couple of occasions, a sous chef would cook eggs to order in the dining room. Unfortunately, at other times when he wasn’t available, the scrambled eggs could be taken by the slice.

Cabins are functional and compact – especially the bathroom, where the dreaded shower curtain cling was unavoidable. No balconies are available on this ship, just picture windows, so we used the cabin purely for sleeping, showering and changing. Not really a problem when the temperature is around 30 degrees and you have a spacious sun deck from which to watch the world drift by instead. 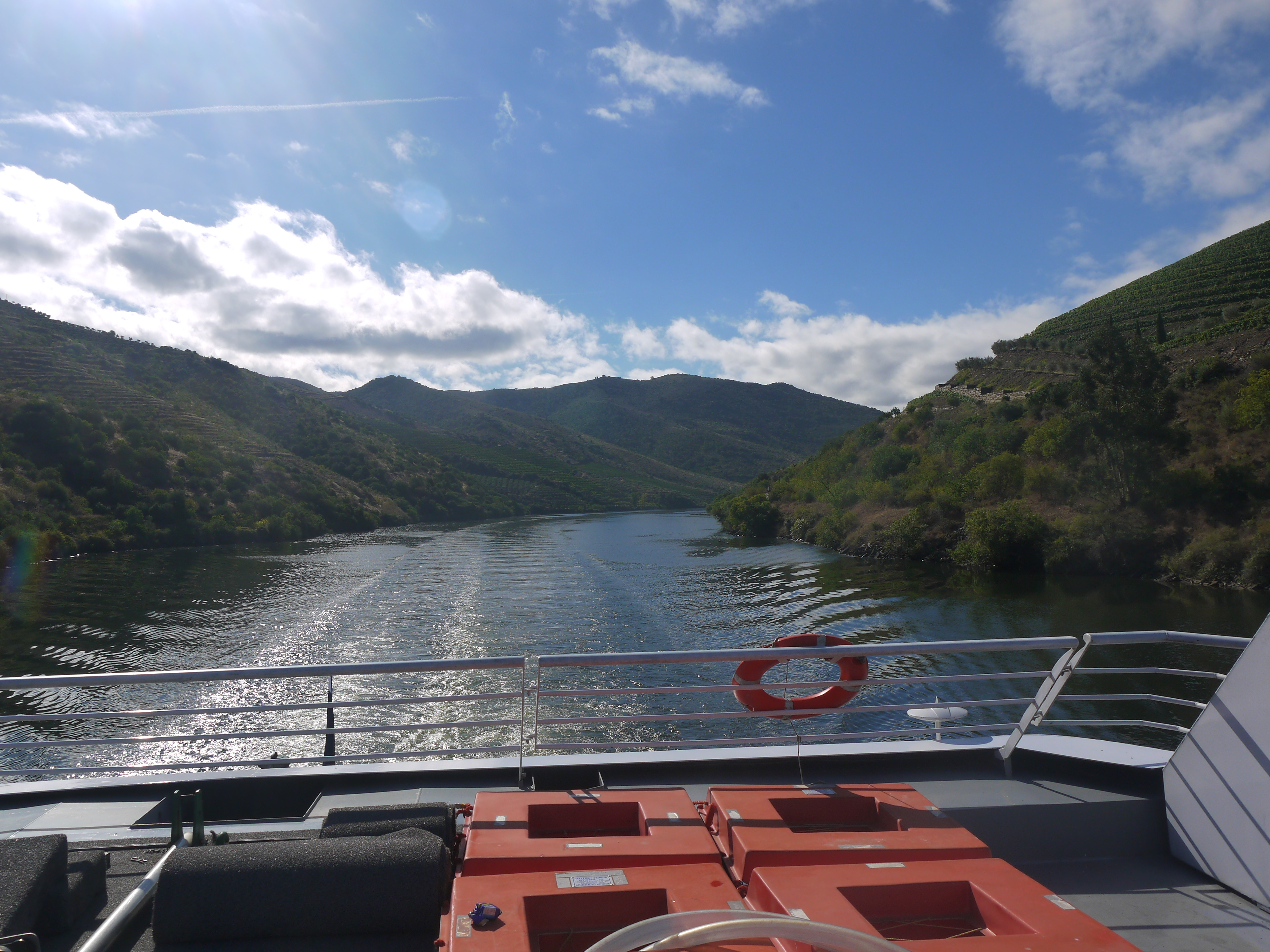 No looking back: Cruising on the Douro (Picture: Rob and Anne England)

The ship has an intimate and homely feel; it’s not glitzy or glamorous but the lounge bar has plenty of comfortable sofas and armchairs in muted greens and yellows. There’s a splash pool on the sun deck and on our trip there was never an issue finding a sunbed.

Entertainment is understandably small-scale. There were three professional evenings – fado music, flamenco and folk dancing plus the inevitable crew production that displayed varying levels of skill and enthusiasm.

Quizzes took place pre-dinner and the surprisingly large number of young children were looked after by two dedicated animateurs. Staff were almost entirely Portuguese, a little reserved at first but warm and friendly once they got to know you. It was the first time that we had left a cruise with multiple hugs and kisses from the crew.

Was it good value? Undoubtedly. This was a semi-inclusive cruise; except for some premium brands, all drinks, both at meals and from the bar, were included but excursions weren’t – you need to factor in £300 per person if you book the whole package. We took three excursions and they were organised efficiently with knowledgeable multi-lingual guides.

So, another river cruise? Definitely – and CroisiEurope will certainly be on the shortlist.

Holiday, including flights and transfers, was organised by Karen at Blue Water Holidays

Shipmonk’s review of a Douro cruise with Saga