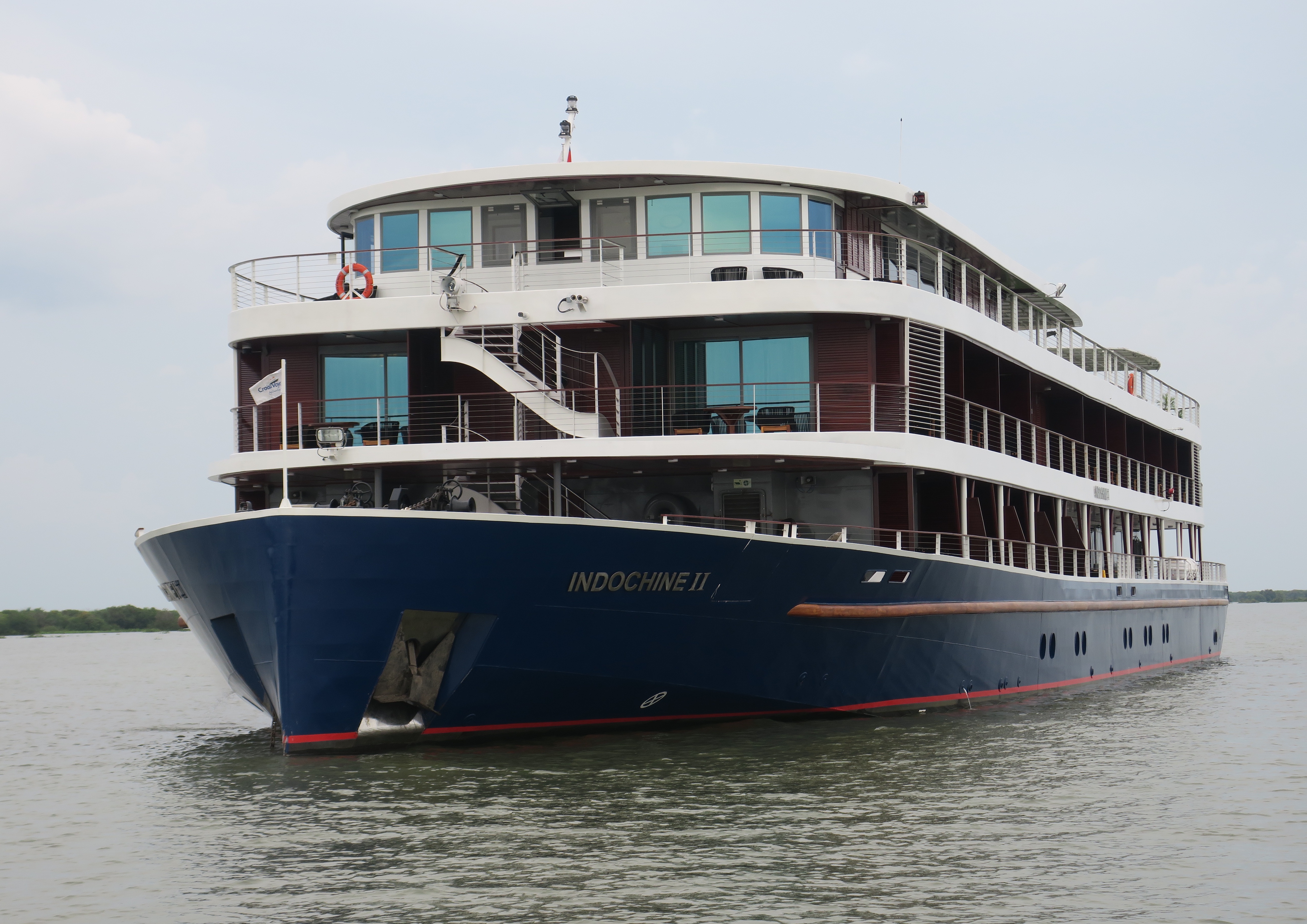 A boss of French river cruise company CroisiEurope hinted at a possible move into ocean ships at a press conference in London today.

The 41-year-old business operates Europe’s biggest river fleet, with 50 ships carrying 202,000 passengers a year. However, it has only one coastal vessel, the 198-passenger La Belle de l’Adriatique, which sails along the Croatian shore as well as around Montenegro, Cyprus and the Greek islands.

When I asked the founder’s grandson Lucas Schmitter if there were any plans to follow rivals such as Viking or Scenic into ocean cruises, he said CroisiEurope had ‘pretty much’ covered all the rivers in Europe, had introduced a new vessel on the Mekong and was launching a ship in Africa in December. In terms of expansion, the company is also looking at the Americas and at possibly adding more coastal ships.

But turning to the idea of ocean vessels, he said: ‘This is something we are sill very open minded about and there may be something to announce in 2020.’

Three weeks ago CroisiEurope launched Indochine II in Phnom Penh, Cambodia. Its new ship African Queen will make its first voyage on the Chobe in December.

Groups of 32 passengers will be taken on the itinerary, split into two groups. Sixteen will go on the ship and the rest in a lodge for three nights then swap over for another three. The group then joins up again to head by land to the spectacular Victoria Falls.

African Dream, which has six suites with French balconies and two with private terraces, will have a small swimming pool. Guests will be able to take part in water and land safaris. Prices, excluding international flights, start at £3,889 a person.

Its sister ship, African Dream II, will launch next December.

Though very much a French company, half of CroisiEurope’s passengers now come from other countries. It claims to offer the best value among river companies.

Schmitter said the family firm had a ‘pioneer spirit’ – but admitted that might be down to having a ‘crazy’ father. ‘Whenever he sees a bit of water, he wants to put a ship on it,’ he joked.

One thought on “CroisiEurope boss hints at ocean ship in 2020”