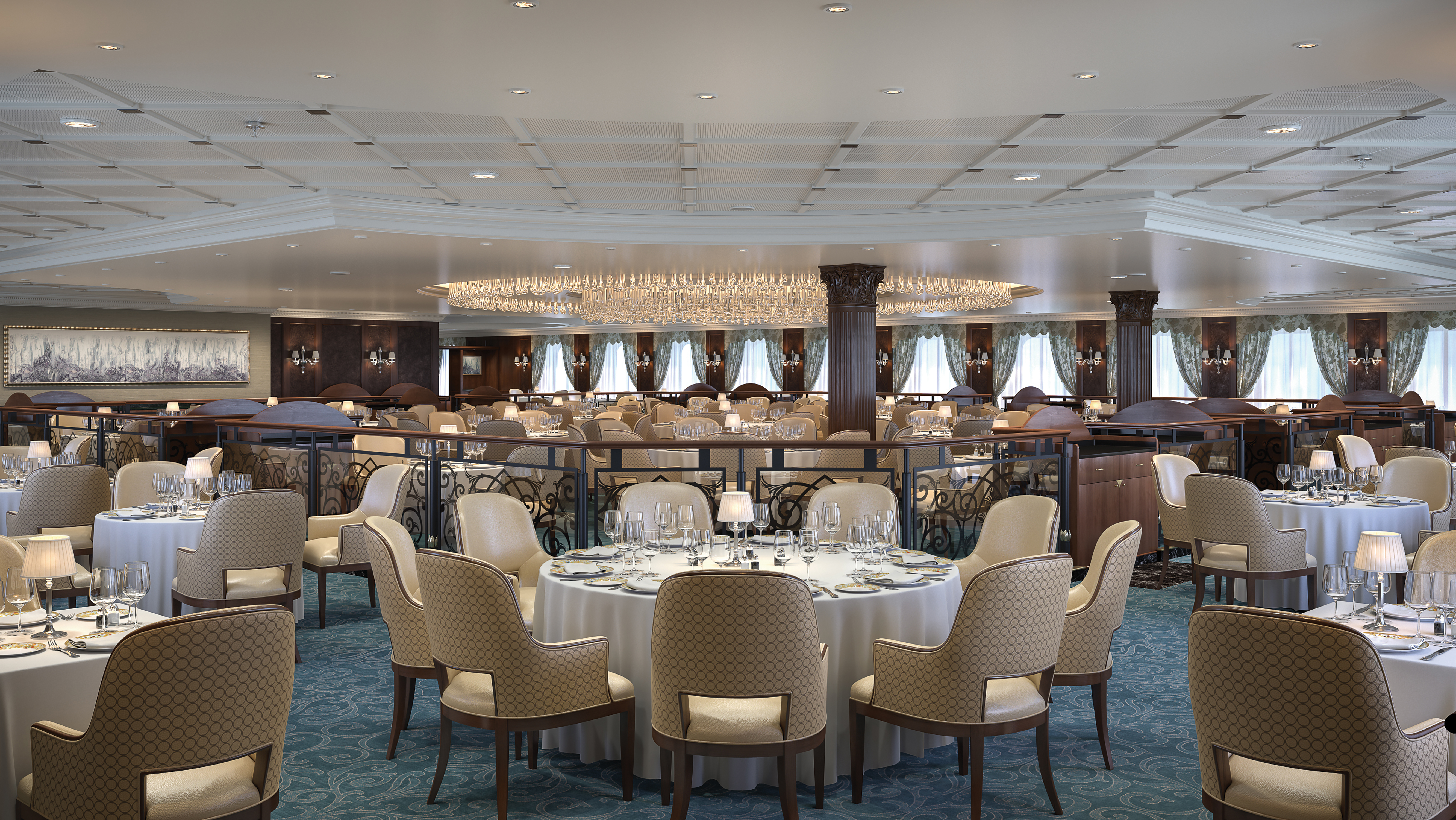 Regatta, Insignia, Sirena and Nautica – all sister vessels carrying 684 guests – will emerge ‘better than new’ with every suite and stateroom given a designer overhaul. There will also be new decor in the restaurants, lounges and bars, inspired by the line’s 450 ports of call. 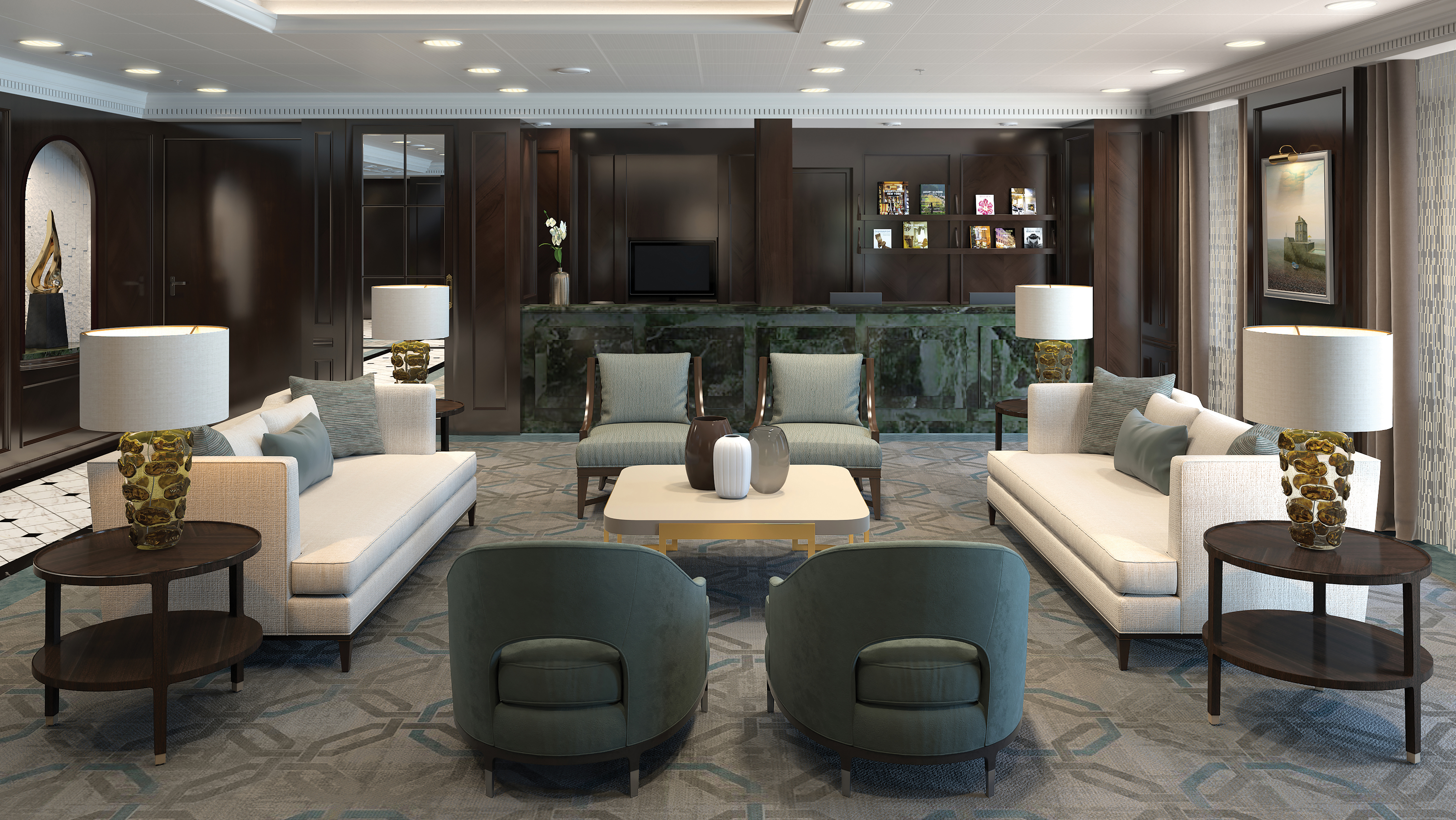 Insignia will be the first to show off its new look on December 7, 2018, followed by Sirena next May, Regatta in September 2019 and Nautica in June 2020.

The OceaniaNEXT initiative was announced earlier this year by company president Bob Binder. He said today: ‘This will be the most extensive and comprehensive suite of product and guest service enhancements that we have ever undertaken. 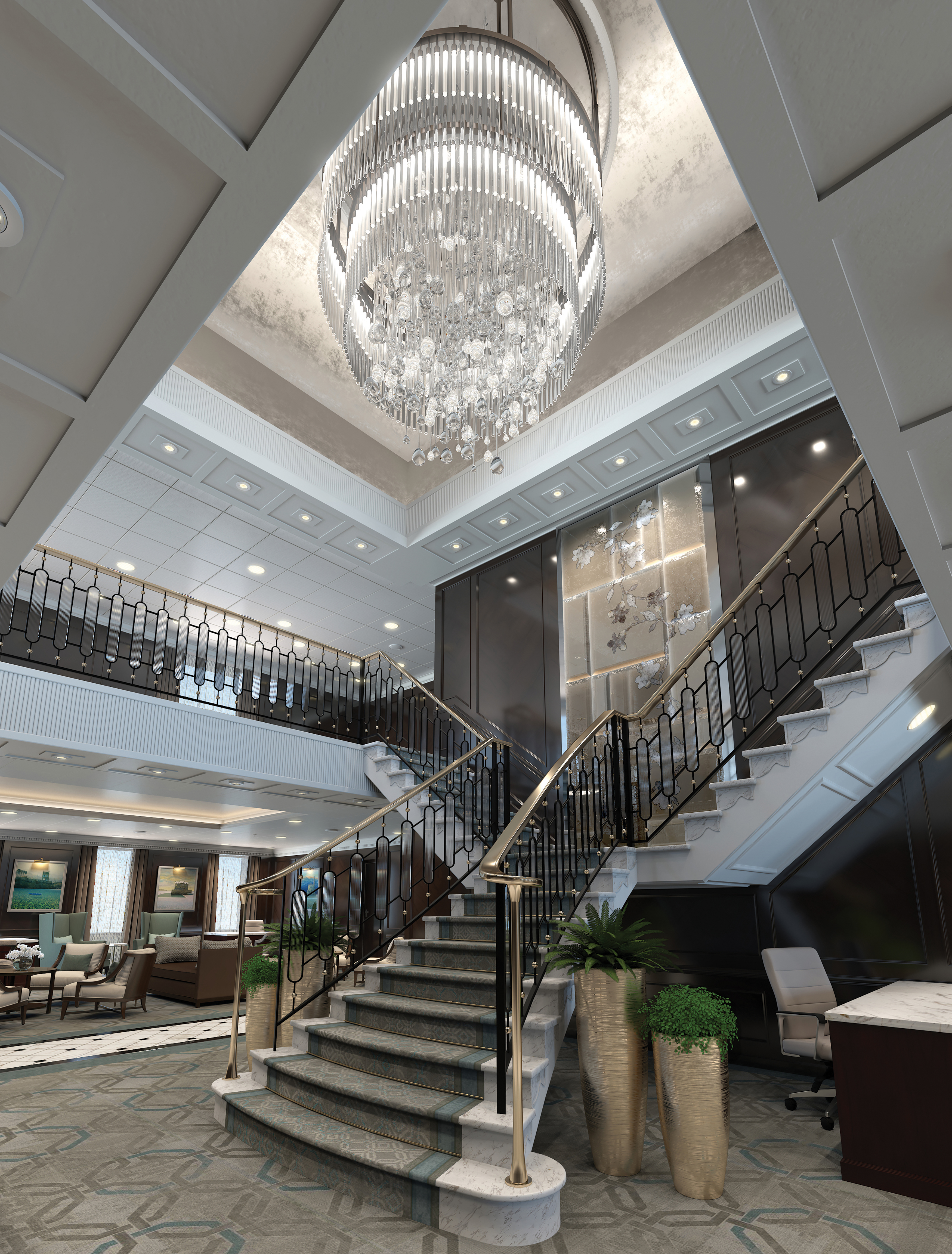 ‘Our Regatta-Class ships are like second homes to our loyal guests and travel partners.  They don’t build ships like these any more, which is why this re-inspiration project is such an important milestone in our company’s 15-year history.

‘We are maintaining the intimate surroundings and personal attention that our guests love, while at the same time setting a new standard of style and elegance for small-ship cruising.  We have opened a new chapter, innovating in every way as we look to the future and the way our guests want to travel.  We can’t wait for our “new” ships to launch.’ 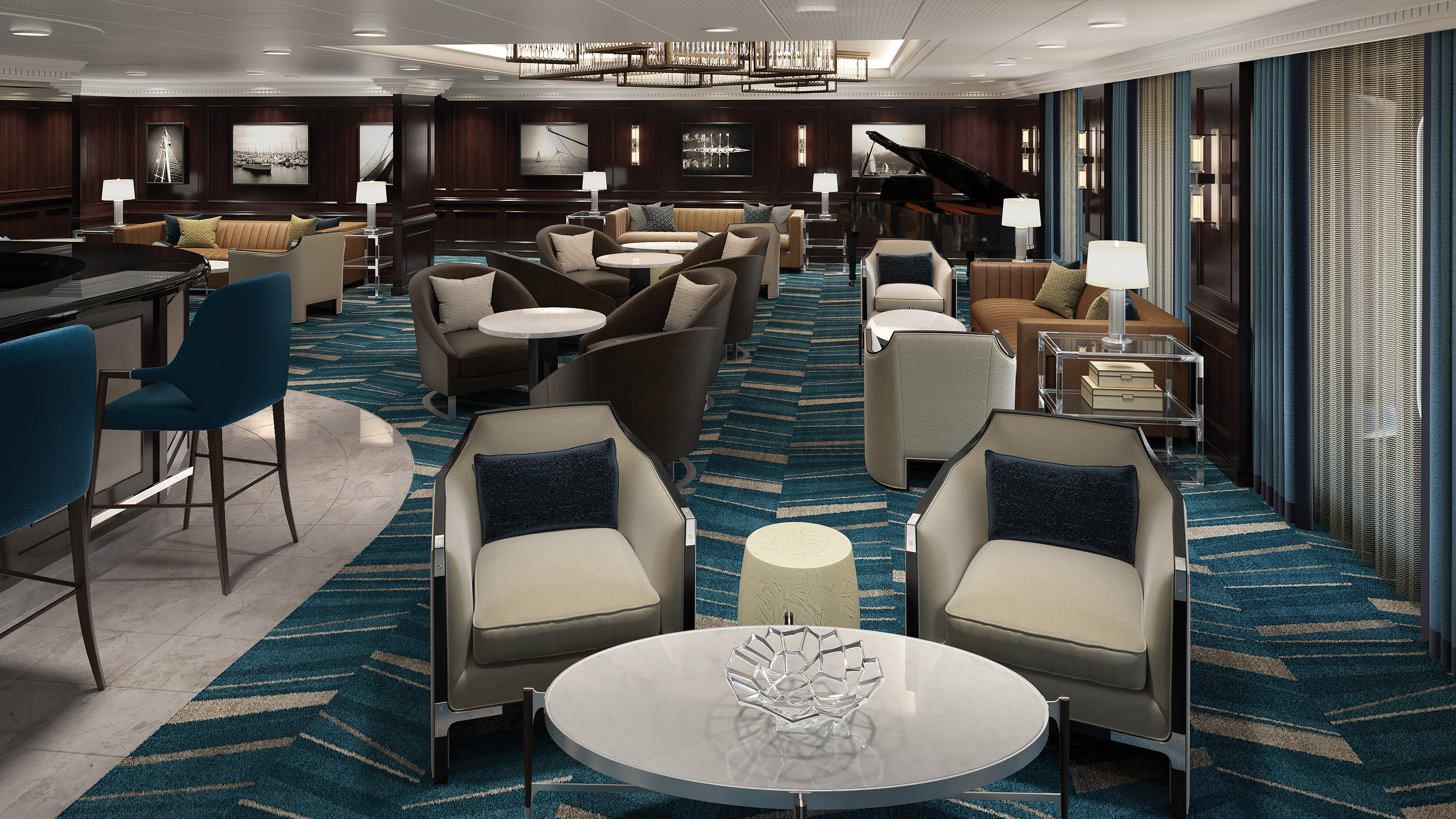 Among the changes will be a revamped Reception Hall and Upper Hall and a sparkling new grand staircase crowned with a chandelier adorned with hanging pieces of smoked and hand-painted glass. 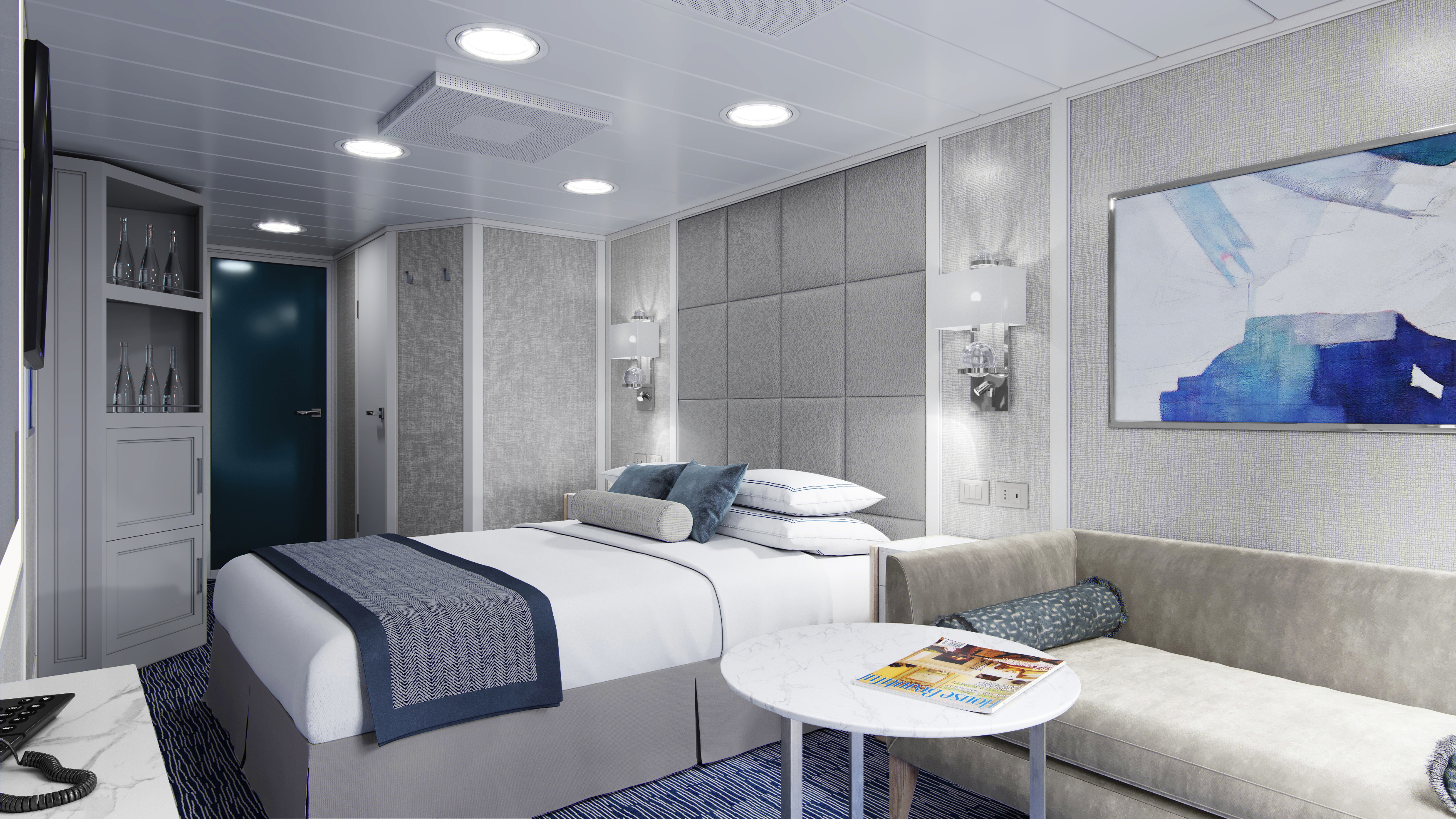 Martinis will have a new palette inspired by the coastline of Santorini featuring hues of deep Grecian blue, sienna and chocolate browns and stately pewter.  Silver-white marble and tobacco quartz will accent the bar.

The brand-new staterooms and suites will be lighter, brighter and even more spacious.  Every part of the accommodations will be modernised with custom-crafted furnishings, stone and polished wood finishes and designer accessories. 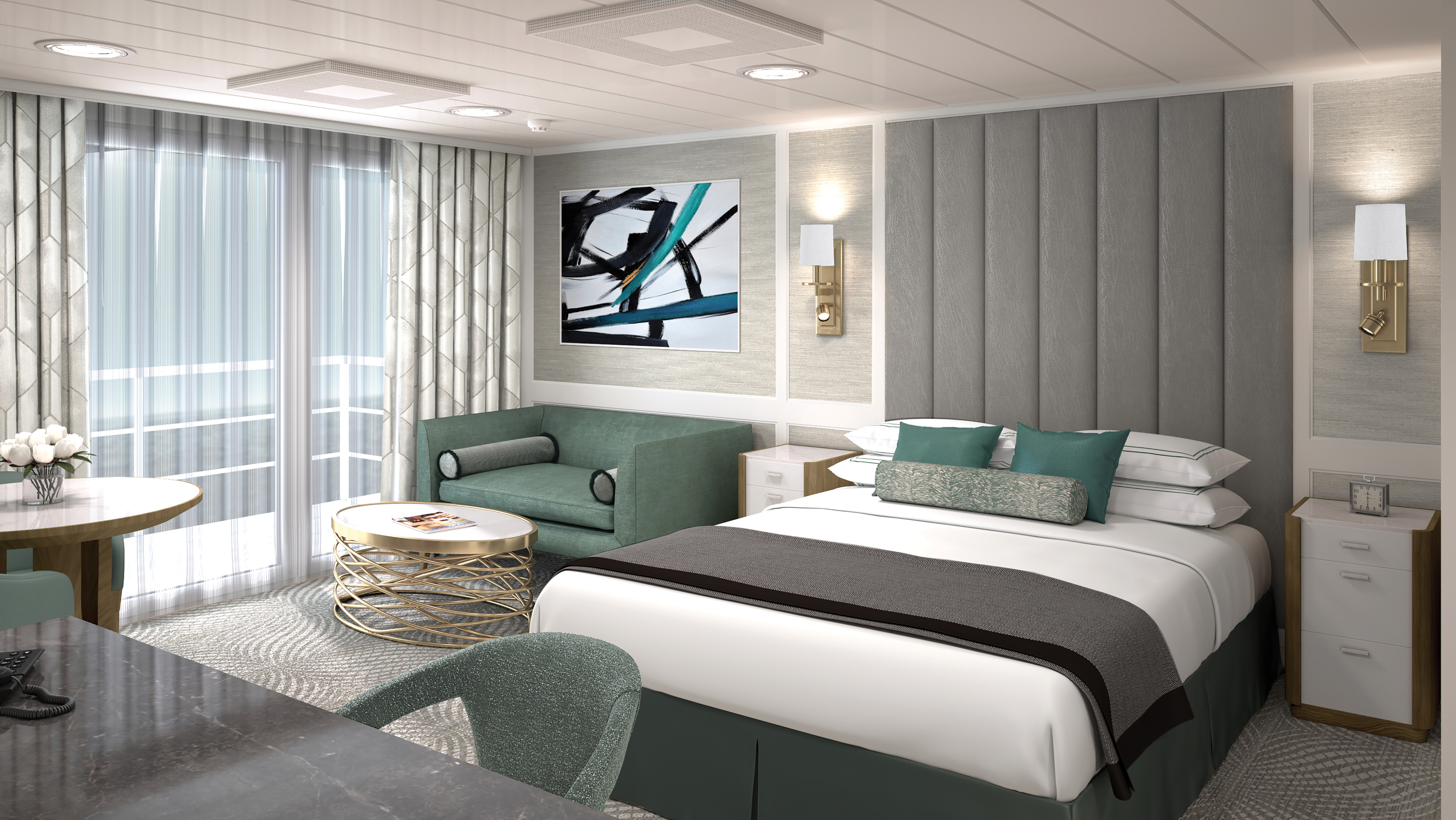 Technical changes will include USB ports in every bedroom, as well as a state-of-the-art TV system with movies on demand plus itinerary information and weather updates.

Bathrooms will be given designer fixtures, new lighting and glass shower enclosures.  Penthouse, Vista and Owner’s Suites bathrooms will be fitted with Carrara marble, polished granite and onyx. 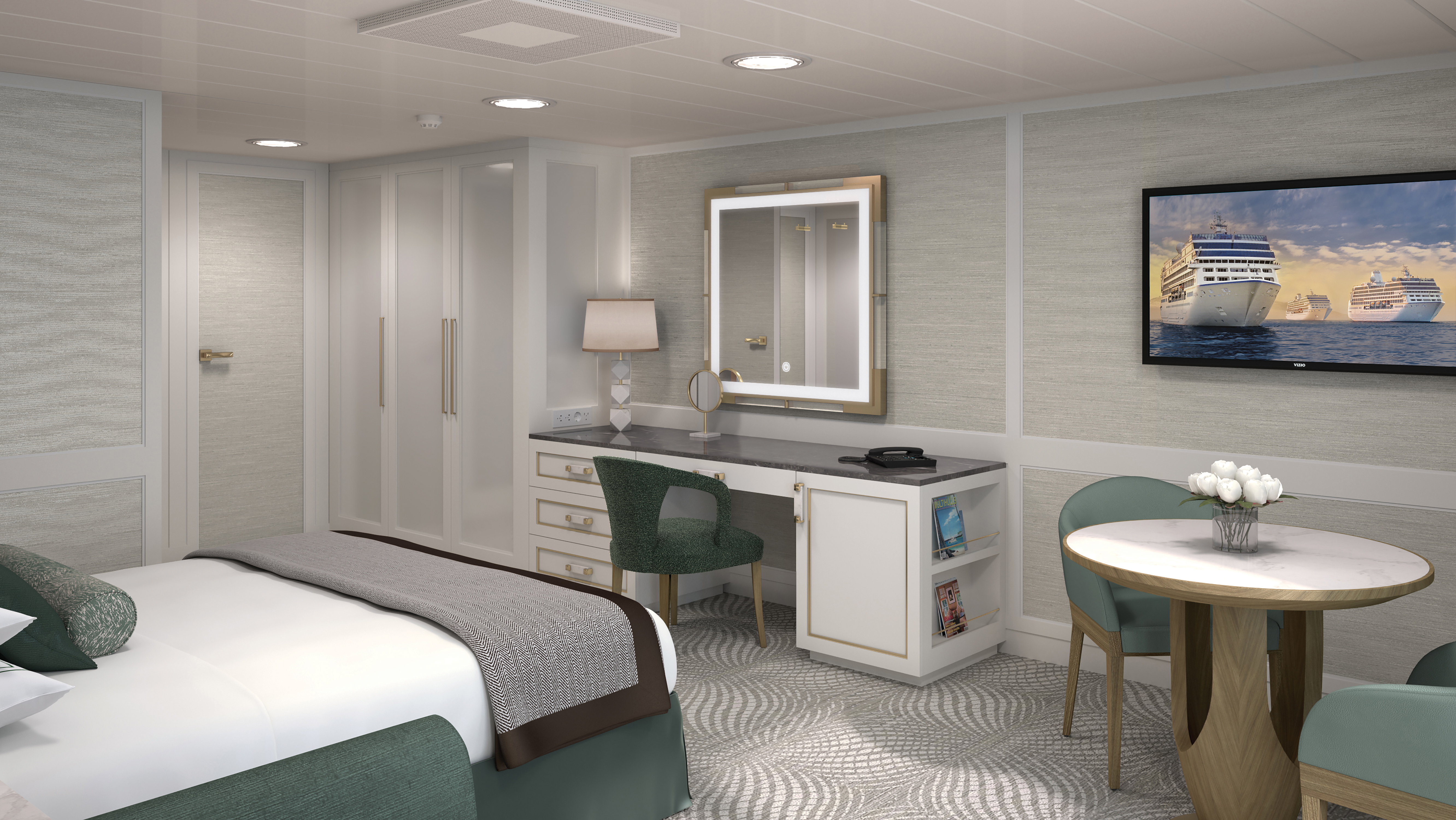 Another view of the penthouse

In all, there will be 1,368 new suites and staterooms across the four ships, 8,000 new light fittings and 12,000 new sofas and chairs. More than 1,000 artisans and craftspeople will work on the project.

Oceania’s two other ships are the 1,250-passenger Marina and Riviera.

The cruise line’s fans still hold out hope for a purpose-built addition to the fleet at some stage. 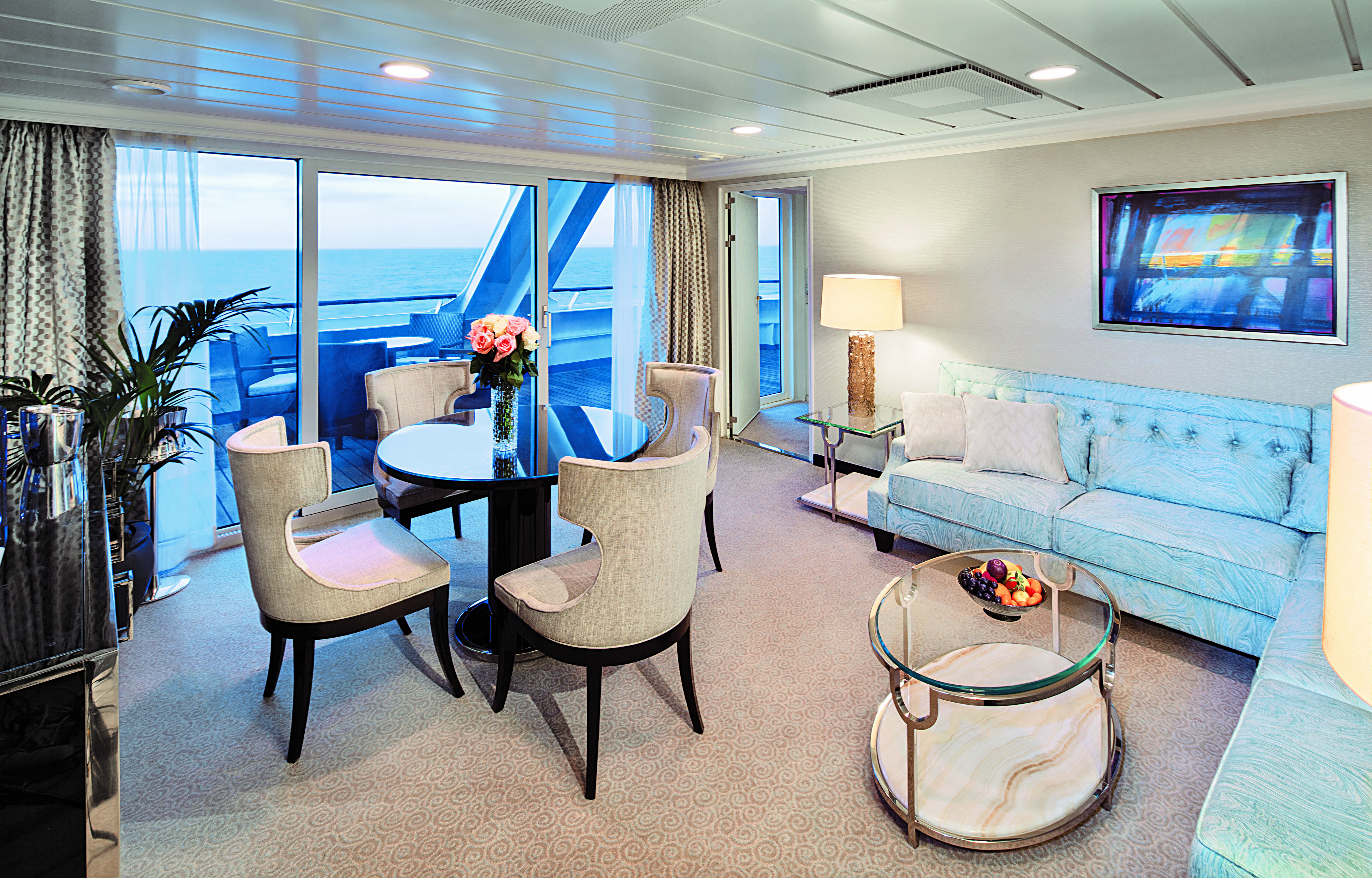 In May this year, I asked Harry Sommer, the executive vice president of international business development for Norwegian Cruise Line Holdings – which owns Oceania Cruises – whether it was time for the brand to follow its sister lines NCL and Regent Seven Seas and acquire a new ship.

He answered: ‘I certainly think it is. It’s an excellent question. We constantly are talking to shipyards, all the time. Announcing a ship is a sort of a one-time event but the discussions that lead up to the announcement take many, many months. We’re not in a position to say anything – so I won’t – but I can tell you that we’re always in active discussions, not just for Oceania, for Regent and for NCL. 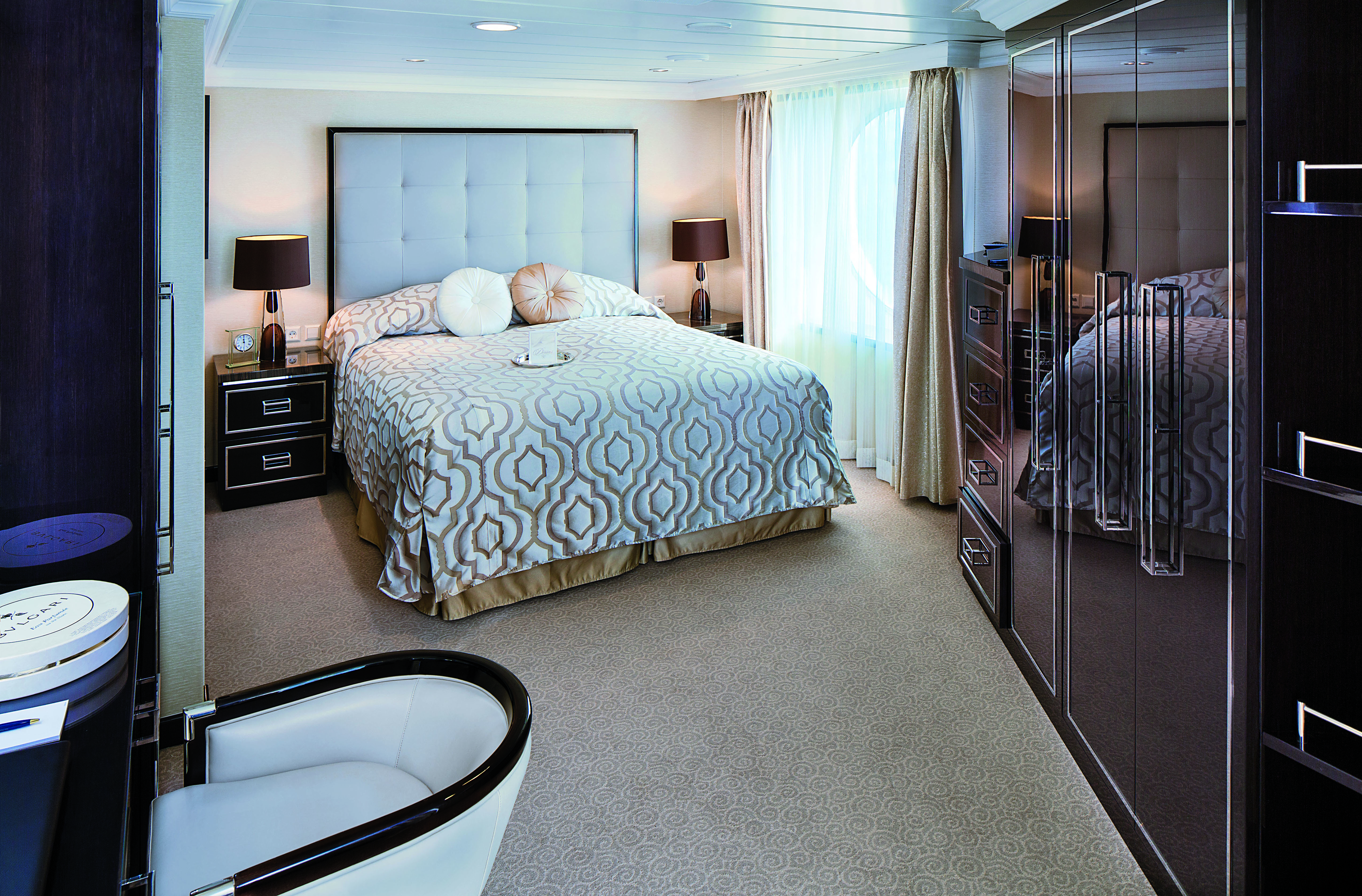 ‘We’re already talking to shipyards for NCL about what happens after Leonardo (class) so you can be sure we’re having conversations about Oceania and Regent as well and I hope the conversations are successful and we’ll be able to say something. It’s something we’re seriously looking into.’

Dave Monk (Shipmonk) has been nominated for two blogging awards. To vote, please click on the links in this story