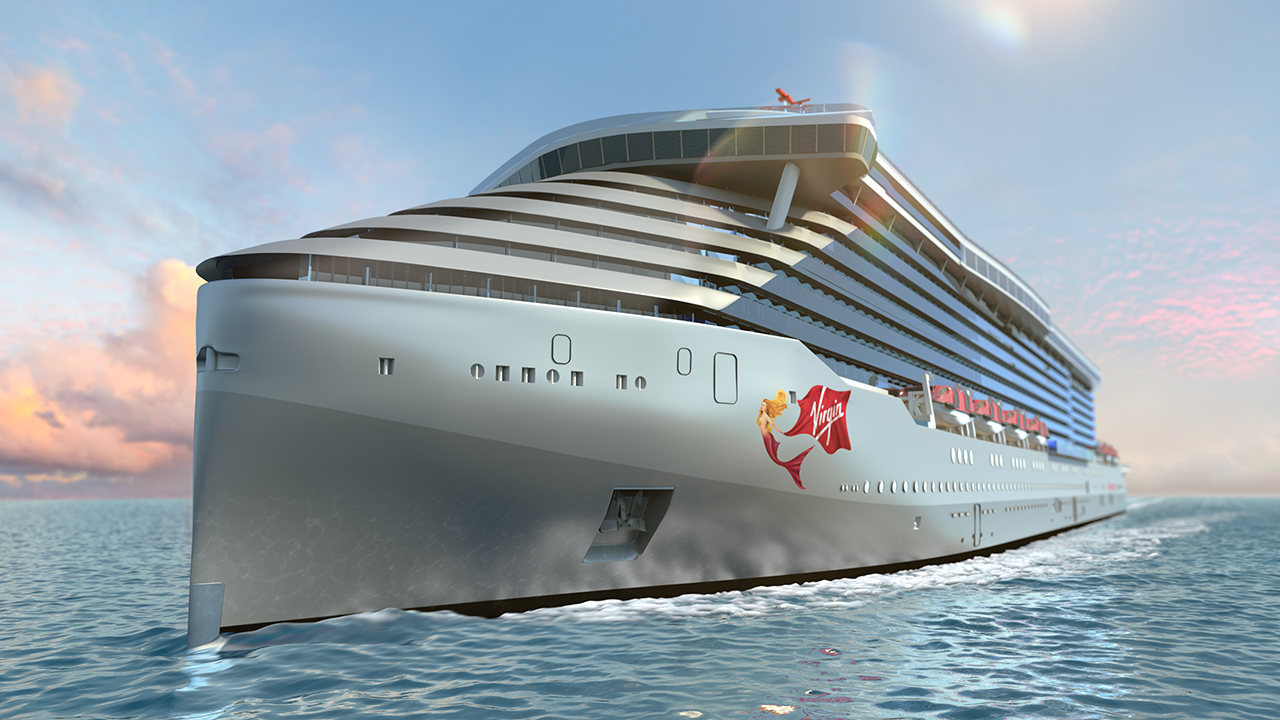 Virgin’s three new cruise ships will be adults-only, it was announced today at a keel-laying ceremony in Genoa, Italy.

Entrepreneur Sir Richard Branson was lowered by crane for the event, which was broadcast live on Facebook and Instagram but ran into technical difficulties with losses of sound and vision. 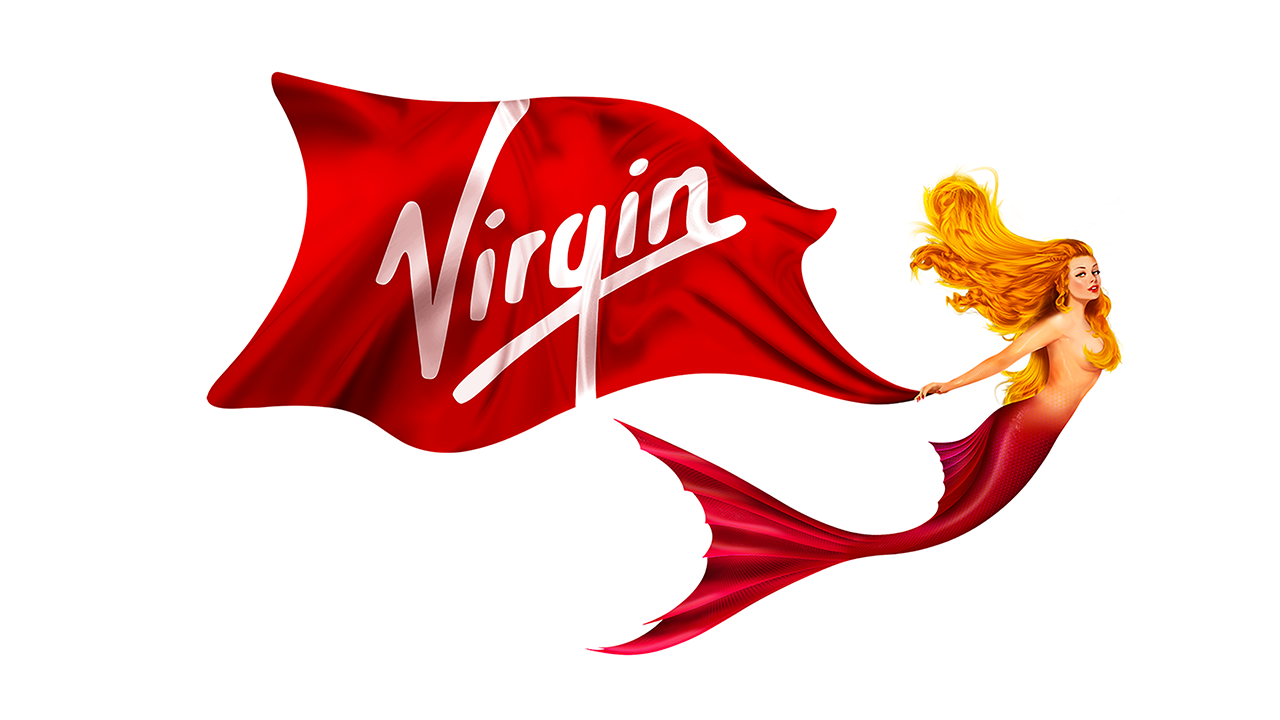 The new cruise line – which is building three ships costing $700million each – unveiled the logo of a mermaid for the brand.

As it was revealed the vessels will be referred to as ‘lady ships’, the Virgin Voyages website announced: ‘Adorned at the hull you’ll find our beautiful, mermaid guide. Inspired by the traditional bows from ships of yore, she is our ship’s muse. The soul of the voyage. Our elegant leader. The feminine spirit of the ship.’ 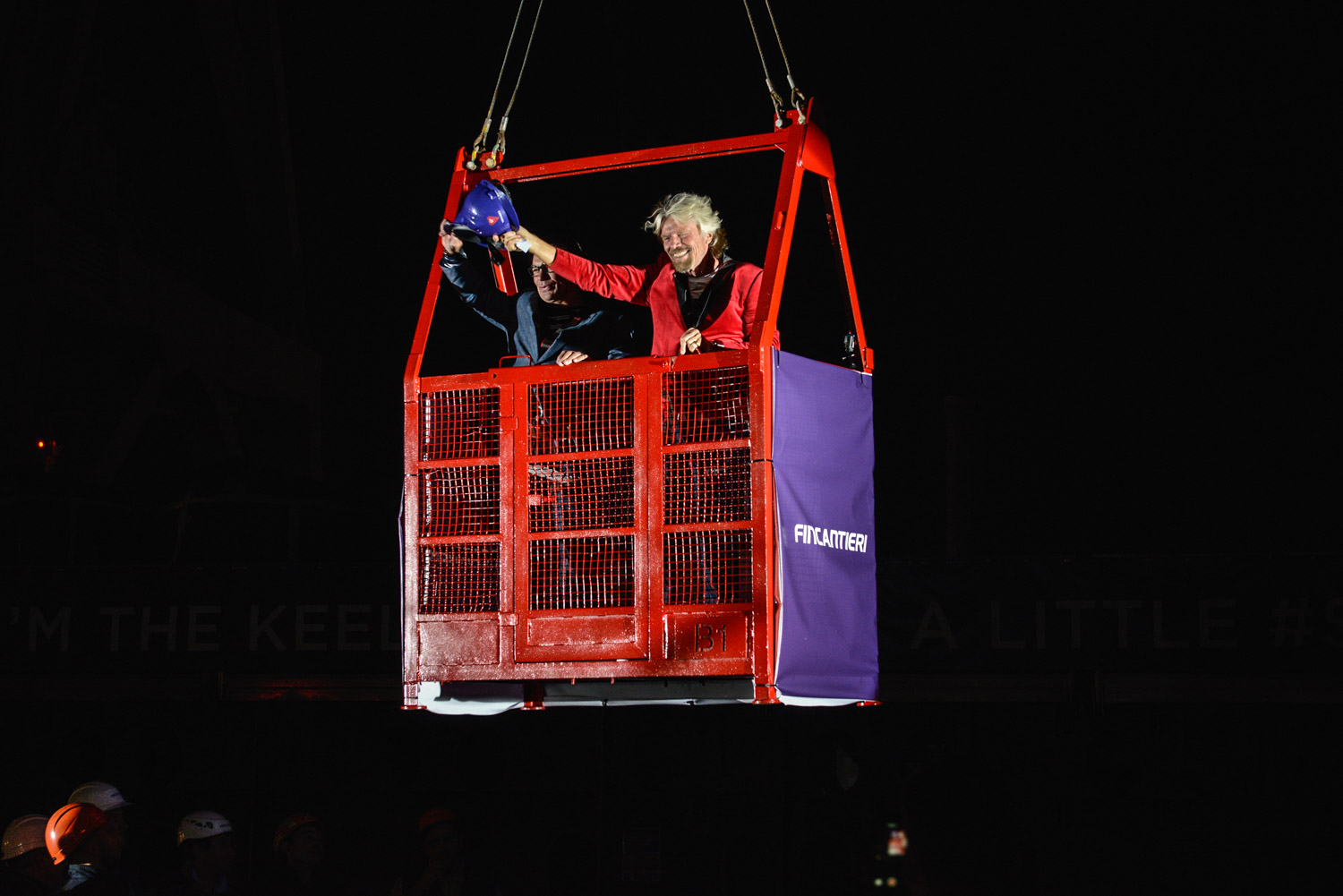 Sir Richard, who says he hates the ‘c-word’ of cruise, said the event went with ‘panache, style and fun’.

The Virgin Voyages website is inviting would-be passengers to sail ‘leagues ahead of the rest’ and put down a refundable $500 deposit for two guests.

3 thoughts on “Virgin cruise ships will be adults-only”