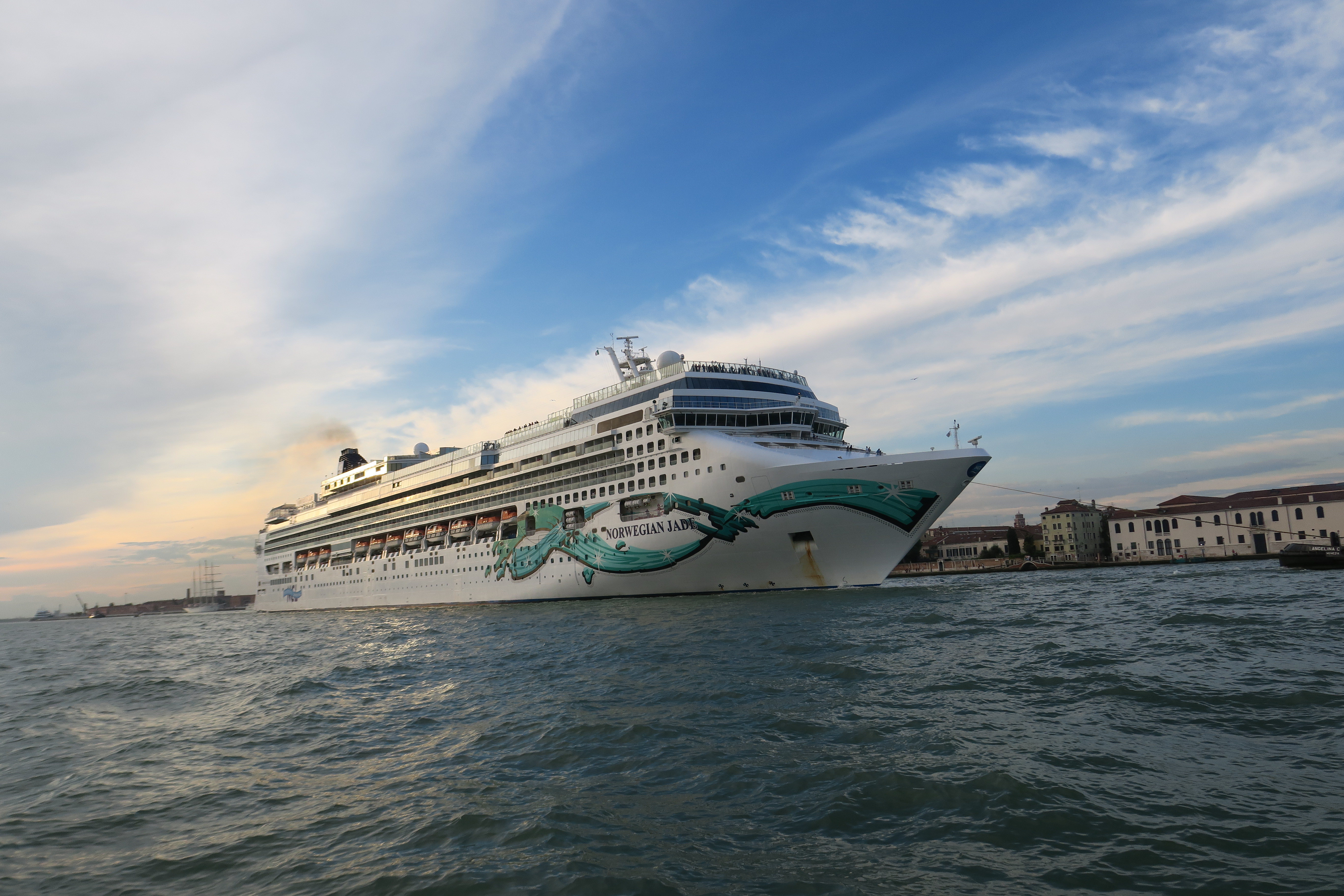 Britons in their 30s and 40s are key to filling a record five Norwegian Cruise Line ships in Europe next year, says Christian Boell, the line’s managing director for Europe, the Middle East and Africa.

Speaking in Venice, he said NCL customers from Spain had an average age in the 30s. In contrast, the British cruise market was ‘quite traditional’ with brands such as P&O Cruises, Cunard and Princess.

He added: ‘There’s still a stigma that more elderly people go on cruises, that’s why our average age out of the UK is the highest in Europe – but that’s also why there is still a lot of potential, because if the young get the idea of how fresh the product of Norwegian is I think there’s a big potential to get people in their 30s and 40s to come and have a great cruise experience.’ 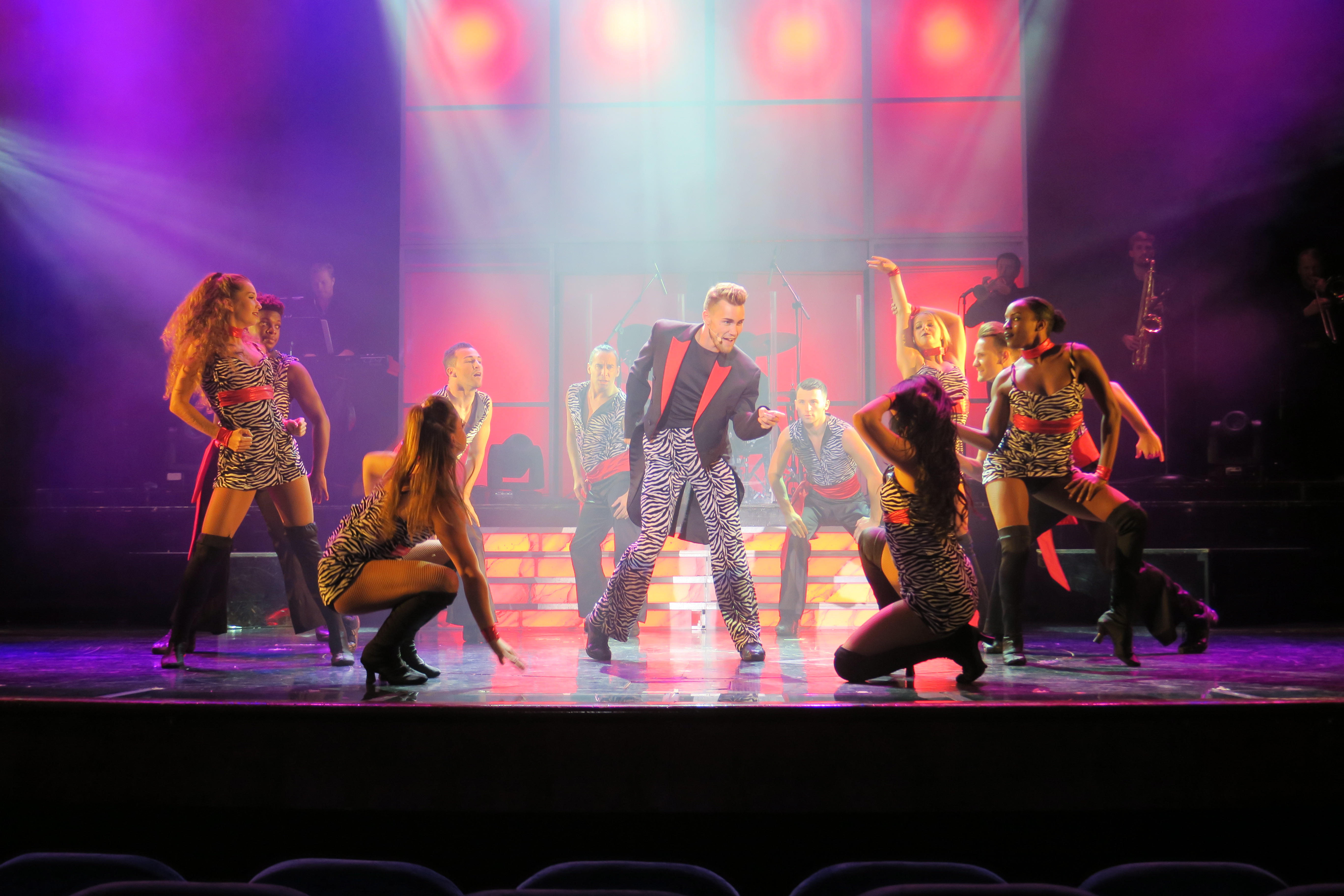 He said NCL was putting more effort into public relations and marketing to tempt new-to-cruise and new-to-brand customers, particularly young couples. But the company would not market itself on being the cheapest. ‘Quality has its price,’ Mr Boell said, adding that Norwegian had upped its food offerings with more options of premium meals such as lobster.

The 2,400-passenger, 93,000-ton Norwegian Jade is having a $40million makeover next year before offering voyages from Hamburg and Southampton.

Norwegian Getaway will be based in Copenhagen, Spirit in Civitavecchia (Rome), Epic in Barcelona and Star in Venice. 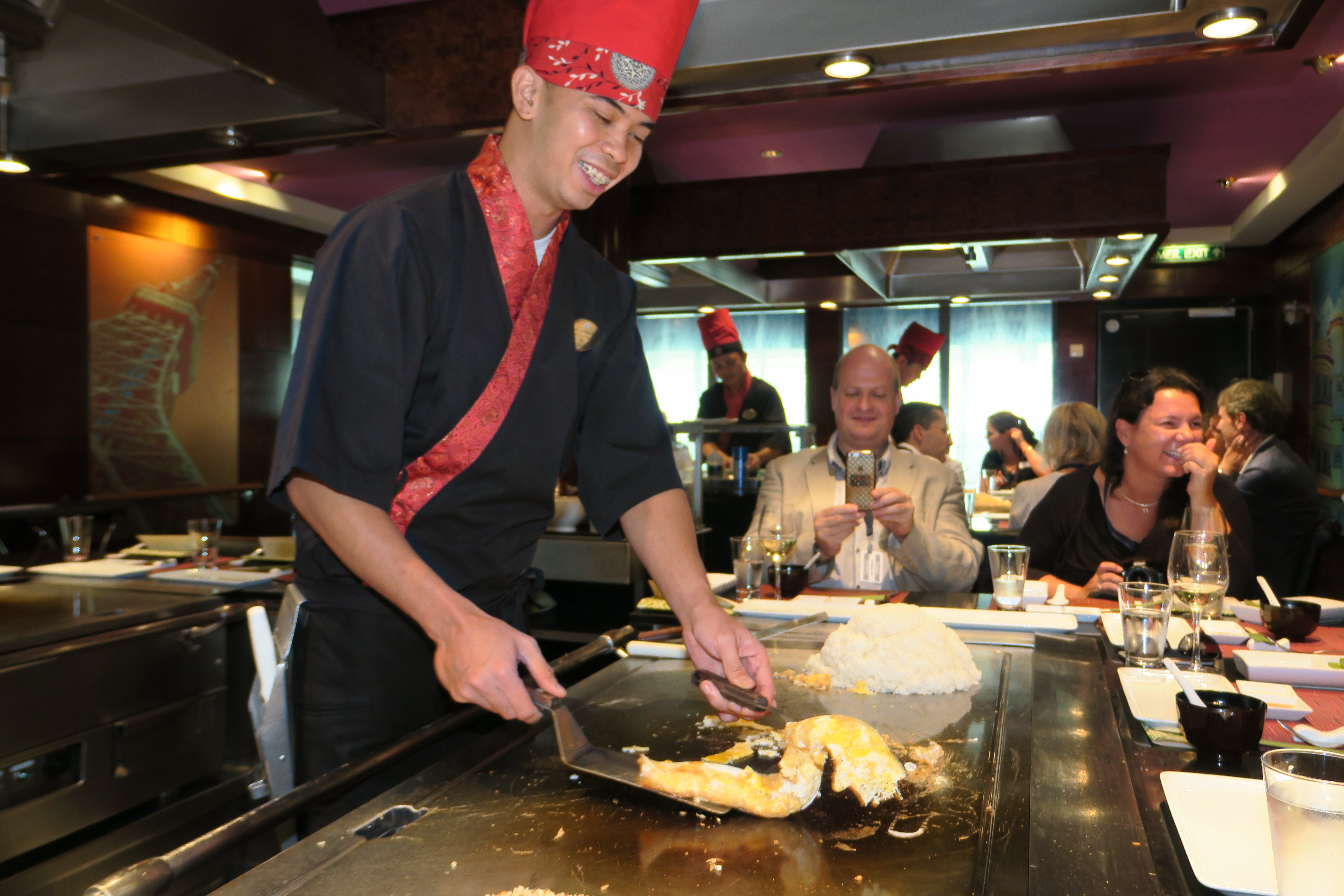 Teppanyaki: One of the many dining options

The work on Jade is part of a two-year, $400million programme called Norwegian Edge to update nine of the older ships, add new features to its Bahamian island Great Stirrup Cay and build a resort at Harvest Caye, Belize, which is on course to open in November.

Mr Boell reeled off figures saying Edge would involve 128,000 hours of labour to improve 50 restaurants, 35 bars, 90 public spaces and 9,000 staterooms on its ships.

Psychedelic carpets and colourful furnishings on older ships will be replaced with subtler tones.

Before and after Norwegian Edge: The Bliss Lounge on Epic

On top of that, NCL plans to increase its passenger capacity by 40 per cent with new 4,200-passenger ships Norwegian Joy next summer, for the Chinese market, followed by Bliss in 2018 and another ‘Breakaway Plus’ ship the following year.

The company aims to become much more international with offices opening in Japan, India and Singapore this year. Norwegian Star will also go on a world cruise.

NCL has always been known for its brightly painted hulls, its dressed-down attitude and a wide range of easy dining options – up to 27 on some ships – including teppanyaki, sushi, Italian, French, Brazilian churrasco and American steaks. 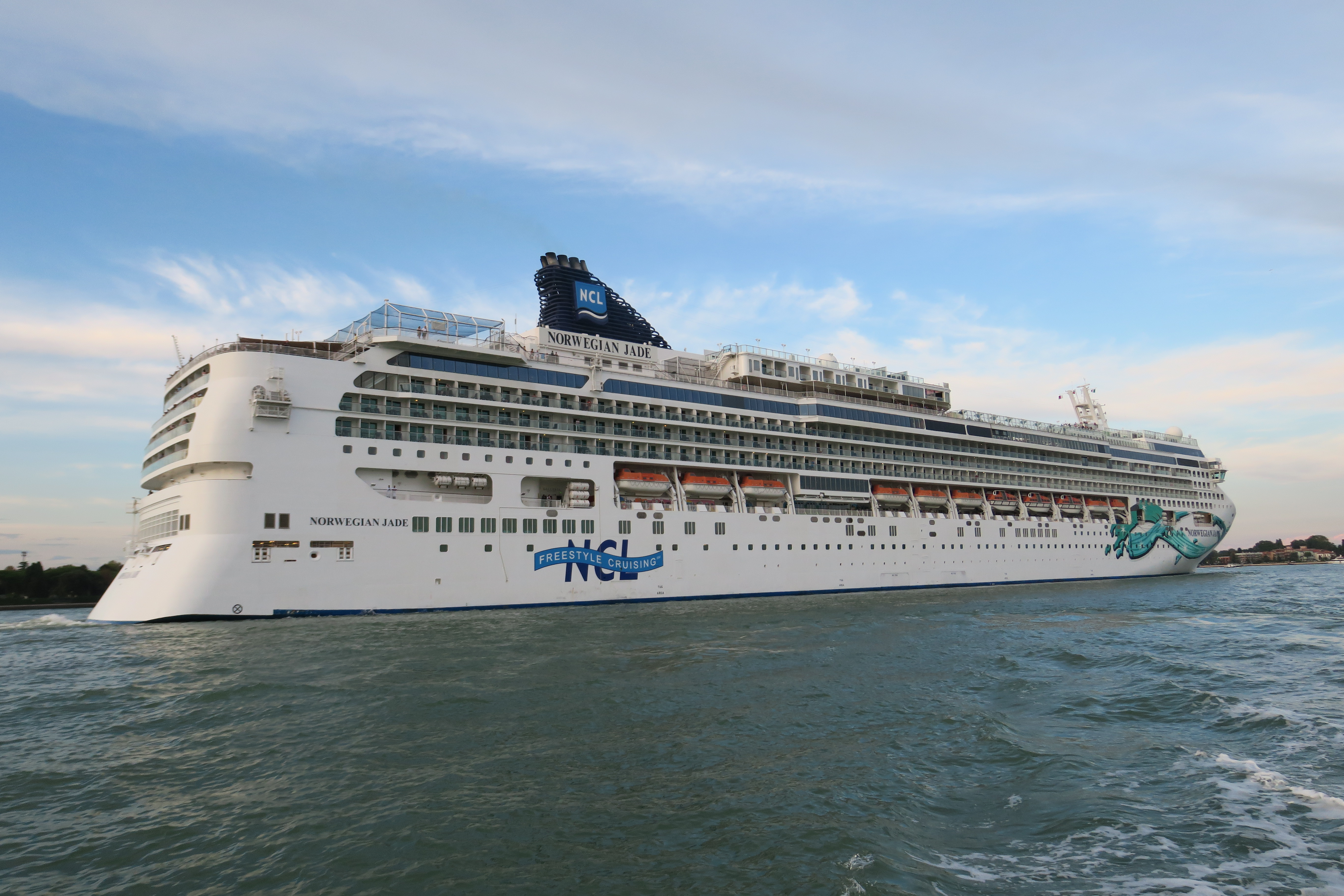 It pioneered the ‘freestyle’ concept of eating when, where and with whom you want, breaking the old tradition of set dining times on large tables in one main restaurant.

The challenge for the company now is to persuade young Britons that cruising is fun – and that it’s time for them to get on board.

In short, can they change the attitude among thirtysomethings to holidays at sea from NBL – Not Blood Likely – to NCL?