The last of the crews on ships formerly operated by cruise line CMV are now on their way home, says an international transport union.

Most of the 350 workers on the six vessels previously run by the Essex-based line are being repatriated . The only ones remaining are still within their contracts, are needed for essential work on board, or not allowed back to the countries where they live. All staff are also in the process of being paid up to date.

‘Within the next week there should be no one left on board any of the vessels who wants to go home and can go home but hasn’t gone home,’ Jonathan Warring, of the International Transport Workers Federation, told me. 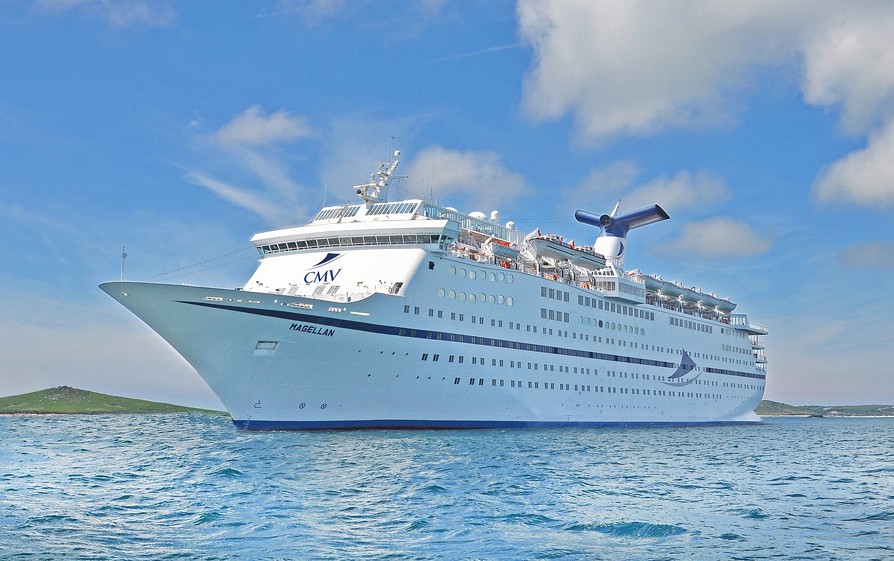 Magellan, one of the fleet that sailed for CMV (Picture: CMV)

Shortly before Cruise & Maritime Voyages went into administration, there were around 1,500 crew on the ships, which are mainly moored at the home port of Tilbury. The company blamed problems with the disruption to international air travel and countries sealing their borders but managed to reduce that figure to 350 before it ceased trading.

Flights have now been arranged, and wages paid, by banks and other companies who own or mortgage the ships.

“CMV could have done a better job but certainly governments around the world have not done anything to take care of seafarers,” said Warring. “It’s very difficult to move crew around the world at the moment.

“Seafarers are very patient and understanding but a lot of them have waited a long time for an opportunity to go home. Something needs to change, some people have been on ships for more than 12 months now.”

Warring estimated there are around 300,000 cargo and cruise crew members still stuck at sea around the world because of the coronavirus pandemic. Some have killed themselves, or died from other causes, during the prolonged wait.

“For want of international government action to sort something out, people are losing their lives,” he added. “It’s a big concern.”