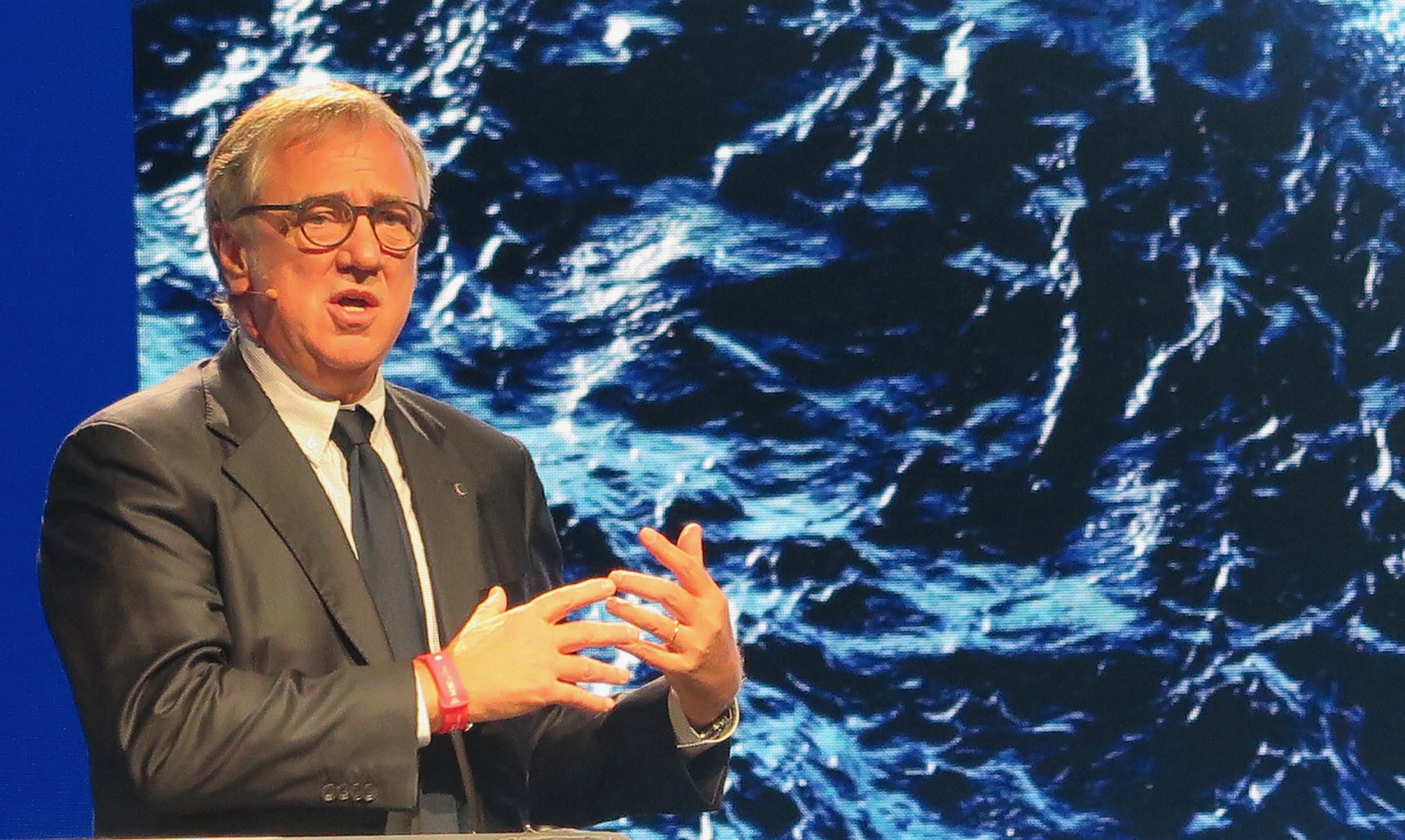 By Dave Monk on MSC Grandiosa in Hamburg

Taking a cruise is an environmentally sound alternative to other forms of package holidays, the executive chairman of MSC Cruises claimed today.

In a presentation on the line’s newest ship, MSC Grandiosa, Pierfrancesco Vago said cruising could have a smaller carbon footprint than taking a plane and staying in a hotel.

He gave the example of a German family of four from Munich who boarded MSC Grandiosa in Genoa for a week’s voyage, which would produce a total of 1,450kg of CO2.

If instead they flew to Sharm El-Sheikh in Egypt for the same time, their carbon footprint would be more than twice as big, at 3,309kg, he claimed. 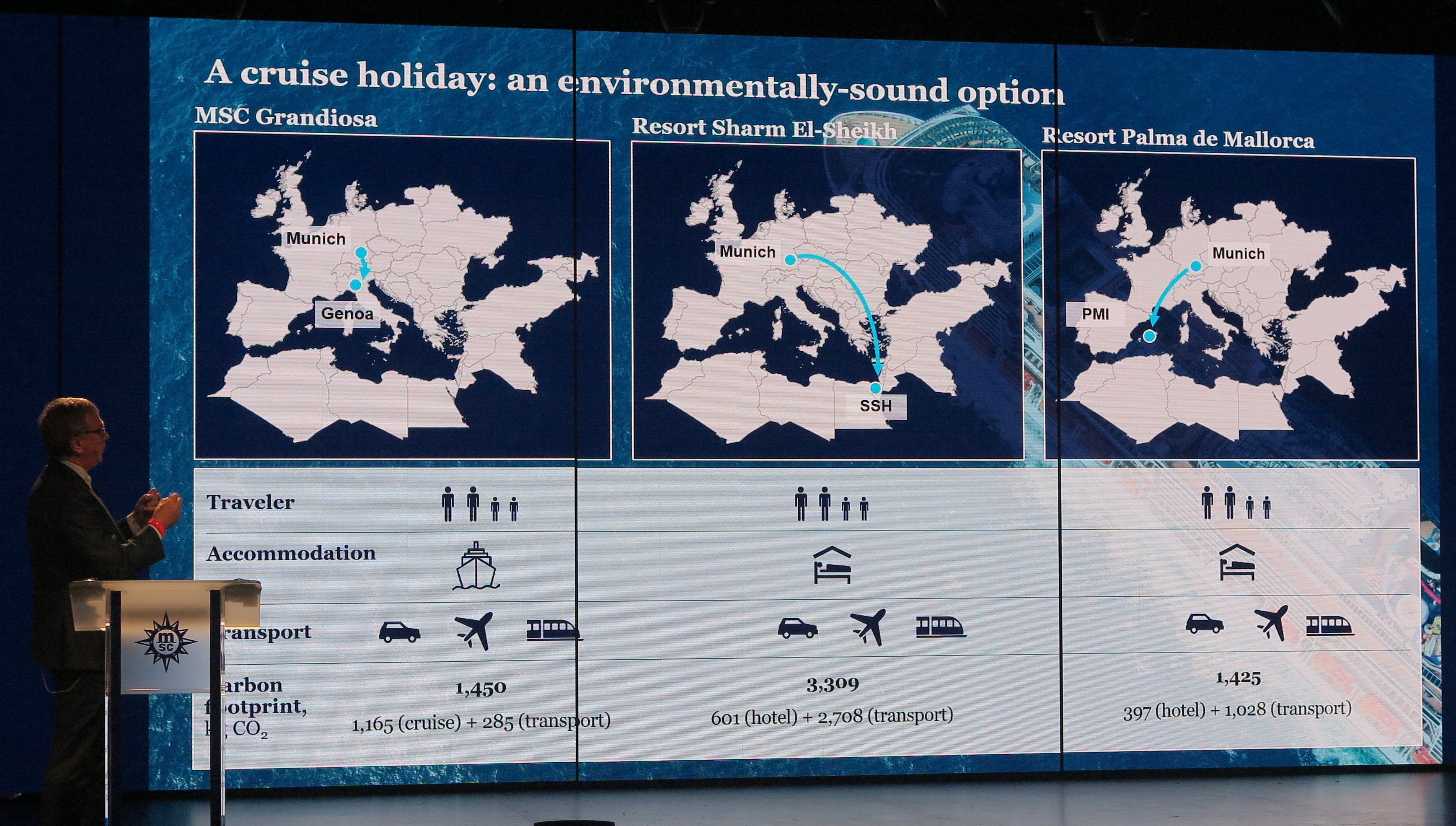 Even if they chose somewhere nearer, such as a resort in Palma de Mallorca, the total would come in just a fraction less than the cruise, at 1,425kg.

Mr Vago claimed the shipping industry produced ‘three or four per cent’ of global CO2 emissions – and cruise was responsible for just three per cent of that share, so it was ‘fake news’ to single out the industry for blame.

He went on to outline in detail how MSC Cruises is tackling issues such as cleaning exhaust gases, making ships more energy efficient, improving waste management and eliminating single-use plastic.

If all the ports that MSC Cruises used could plug in ships using electricity from renewable sources, more than 325,000 tons of carbon dioxide emissions could be cut, Mr Vago said. However, only three ports so far have introduced the technology.

MSC Europa, being introduced in 2022, will be the first of five ships run on liquefied natural gas, which emits 99 per cent less particulate matter and sulphur oxide, as well as 20 per cent less CO2, he told the audience of journalists and travel agents.

The presentation came following the announcement by MSC Cruises today that it aims to become the first major cruise line to go carbon neutral in January 2020.

One thought on “Cruising is an environmentally sound alternative to other package holidays, claims MSC Cruises boss”