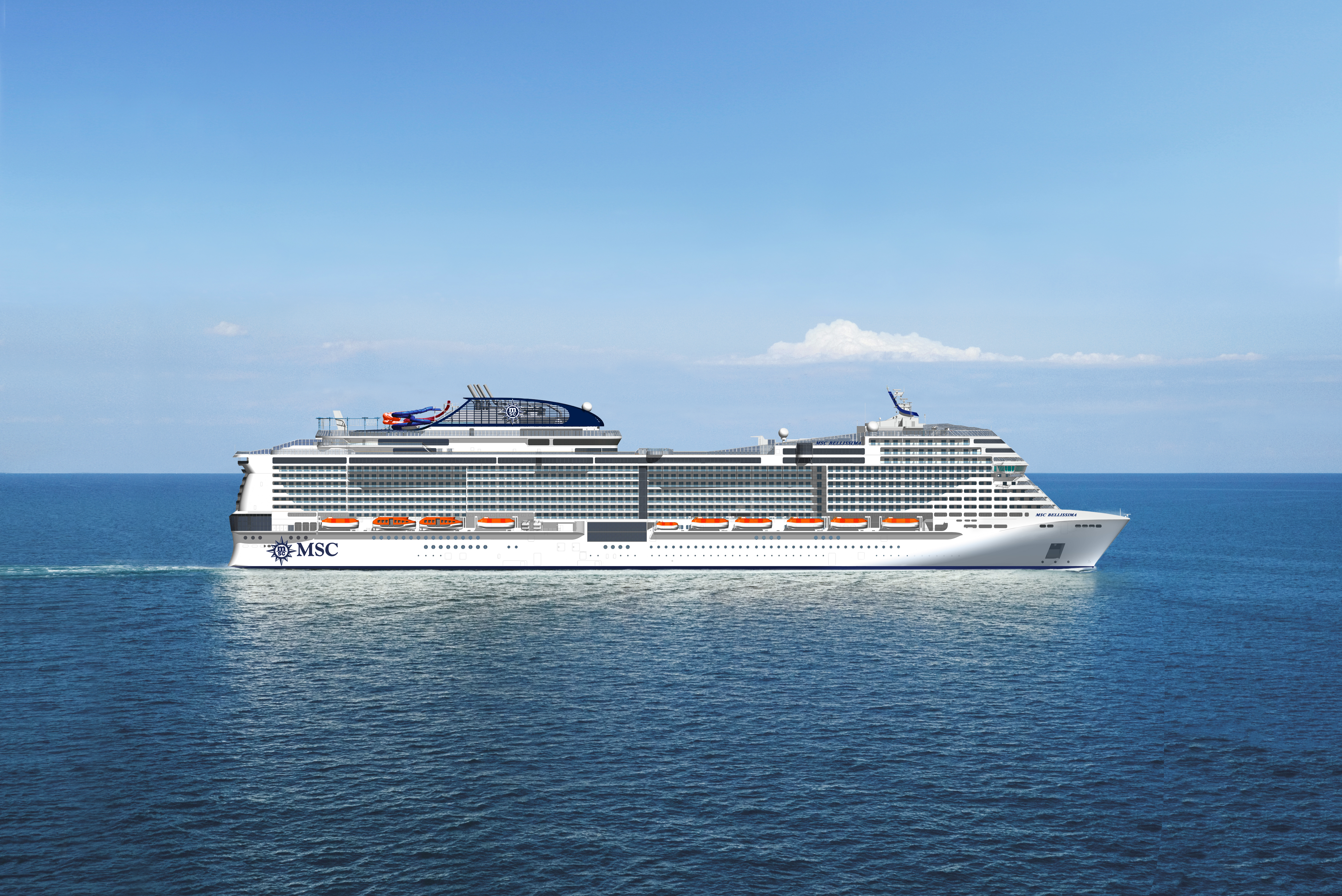 A third Meraviglia-Plus ship is to be built by MSC Cruises, bringing its ten-year construction programme to 13 vessels, it was announced today.

The latest addition to the fleet was announced in Saint-Nazaire, France, where the independent European line was marking three ship-building milestones – the steel cutting of the fourth Meraviglia-class vessel, to be called MSC Virtuosa; the coin ceremony of MSC Grandiosa; and the float-out of MSC Bellissima.

Since 2017, MSC Cruises has launched Meraviglia, Seaside and Seaview. The three ships under construction will be followed by seven more by 2026.

Pierfrancesco Vago, MSC Cruises’ executive chairman, said: ‘With the announcement of yet another new vessel, the 13th under our ten-year investment plan, we are affirming our commitment to sustainable growth for our company.’

Antonio Paradiso, managing director of UK and Ireland, welcomed the float-out of MSC Bellissima, adding: ‘This marks another step closer to her christening in Southampton on March 2, 2019.

‘In less than nine months, she will become the new flagship in MSC Cruises’ ever-growing fleet as well as the largest ship ever to be christened in the UK.

‘We are delighted that she will depart for her inaugural sailing from the UK, and hope that many other UK & Irish guests enjoy her first season in the Western Mediterranean.’

One thought on “New ship announced for MSC Cruises, bringing ten-year total to 13”