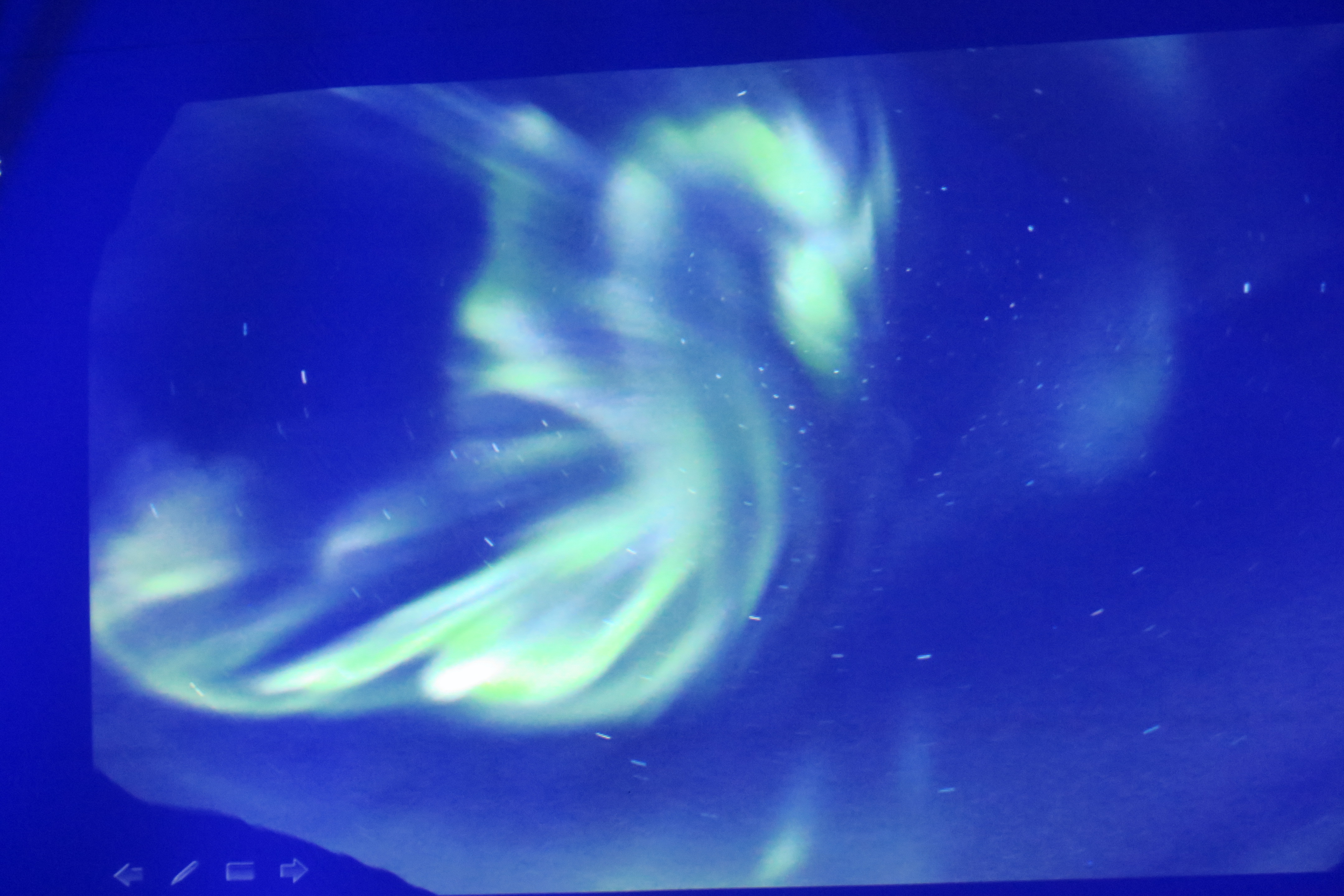 Here be dragons: This picture of the Northern Lights was taken by Dr John Mason

You have got to have patience to get the most of a polar cruise – whether it’s seeing the best of the Northern Lights or capturing fantastic pictures of polar bears or penguins.

That was the message that came from two experts last night at the launch of a new tour operator, Polar Routes, in London.

The ‘viewing season’ to see the Aurora borealis in the Arctic extends from the end of September through to the very beginning of April, said astronomer Dr John Mason, who captured the ‘dragon’ picture above.

In December, January and February it’s dark for a long time. ‘People think it’s dark 24 hours a day in the middle of winter in the high Arctic. It isn’t,’ he said. ‘There is that other bit that people forget, which is twilight. 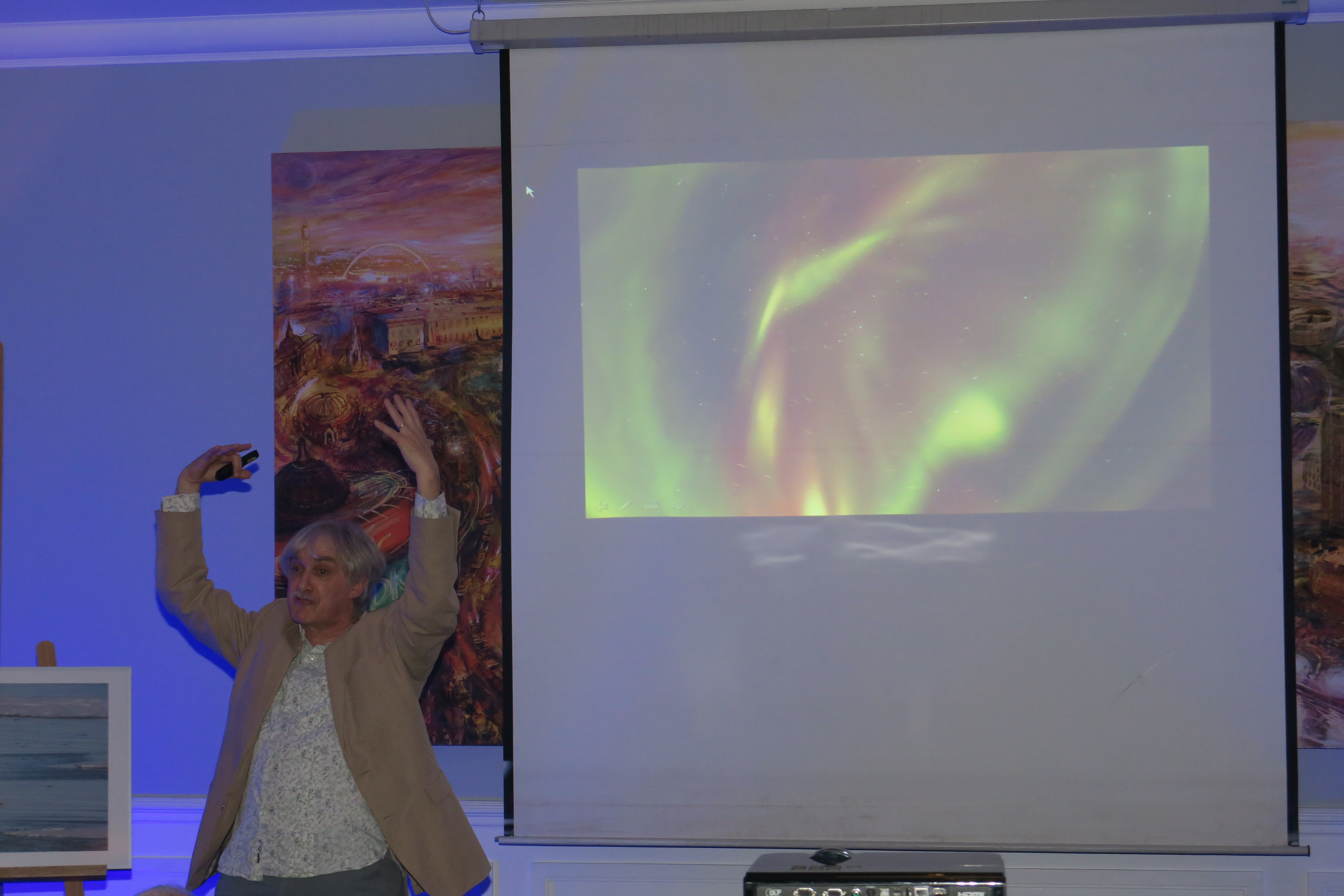 Lights fantastic: Dr John Mason shows one of his photographs

‘Winter is the time I love because it’s not just about the Northern Lights, it’s about twilight. The twilight you get in the polar regions, when the sun is not rising but it’s still not dark, is the most beautiful light you will experience.

‘You can’t describe this wonderful silvery light you get with colours around the horizon, it is absolutely fantastic. But what you really want is a beautiful, clear, dark night’s sky.

‘A sky full of stars, a sky clearer than you may have seen before, a sky that may indicate it’s going to be jolly cold. I hate nights when the temperature’s above zero because generally the sky is not as clear as it’s going to be if it’s minus 10. And transparent nights are what you really want to see the Northern Lights. 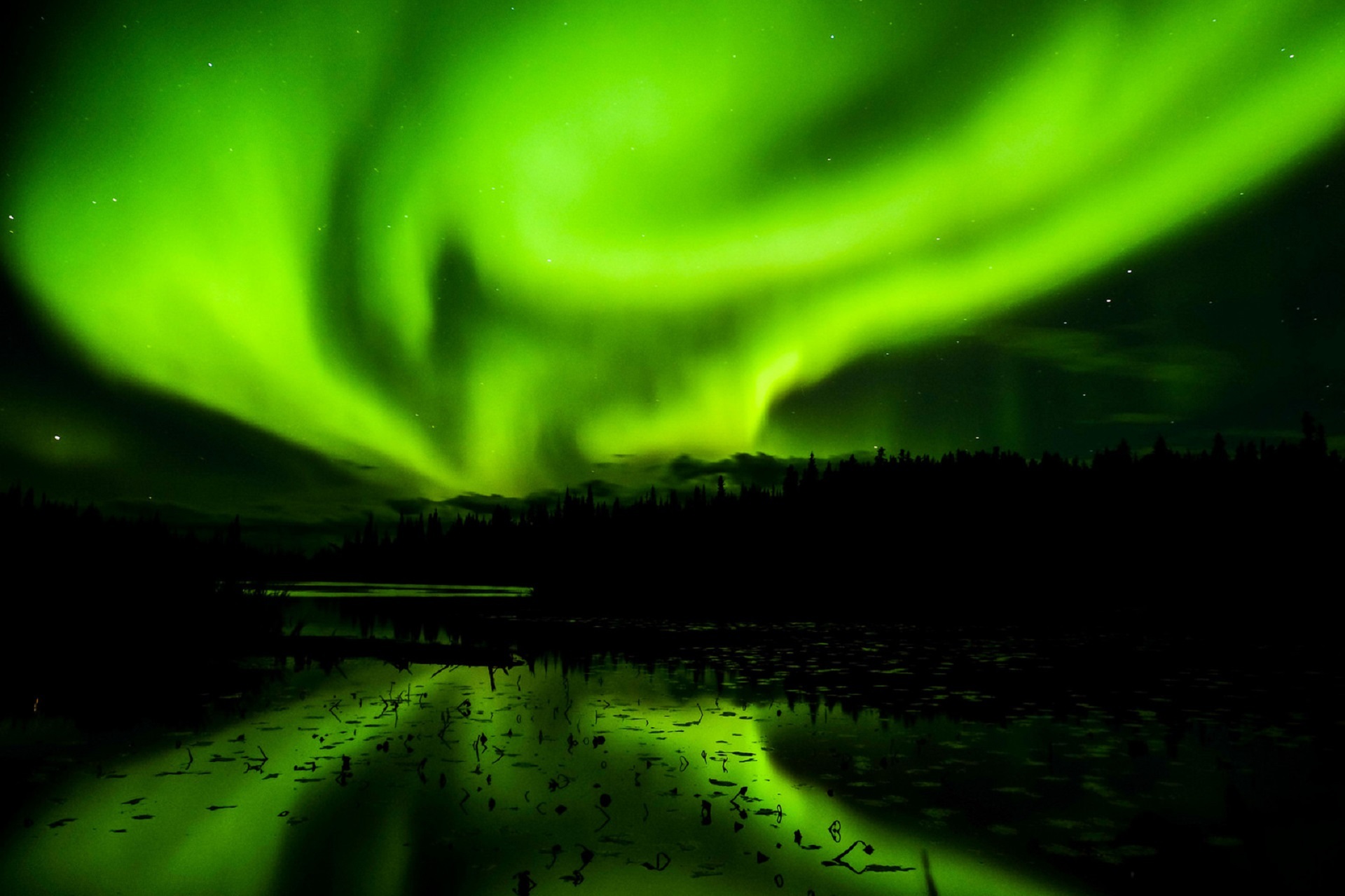 ‘When you see the aurora appearing sometimes it’s just a glow in the northern sky. Then, if you’re lucky, you might get these wonderful wisps of faint light. The naked eye will not see that in colour, it’s too faint. What you will see are greyish fans – and you might need them pointing out to you to start with – but the question is will they develop into something more exciting?’

Dr Mason, who said he had been ‘fascinated’ with the Northern Lights for 44 years, said ‘a faint green arc’ could linger for hours.

‘I’ve watched one of those for six hours waiting for something to happen. What you could do is say: “I’m fed up with this, I’m going to have a cup of coffee or a pee”. You come out 20 minutes later and it looks exactly the same. But what you don’t know is that while you were in a fantastic display occurred – but, don’t worry, all the people who stayed out and saw it will be only too willing to tell you all about it! So the rule is never go indoors.’ 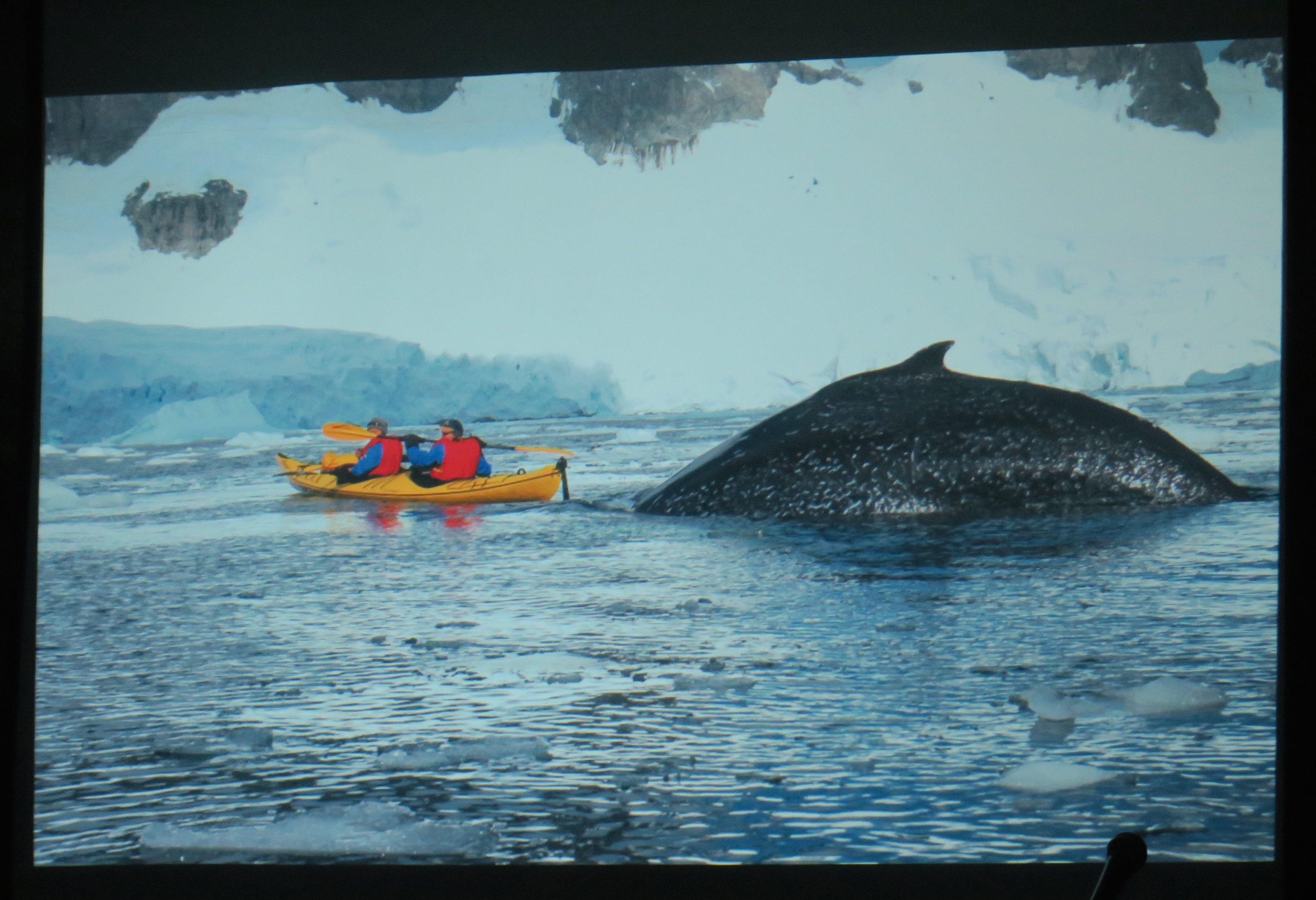 He’s behind you: One of the pictures by wildlife photographer Paul Goldstein

The next phase is to see a couple of arcs, one above the other, Dr Mason said. ‘Green is the main colour of the Aurora borealis but you also get a rosy pink or red above it. Our eyes are five times less sensitive to red light than to green so seeing a red display is hard but some of them are stunning.’

You might even get a wash of turquoise blue or purple then a lilac pink, said Dr Mason, who added he had seen some of the best Northern Lights in the last five years.

The auroral displays in the Arctic and Antarctic are caused by the sun sending out electrically charged particles at high speed that collide with the atmosphere around the Earth’s magnetic poles. The more solar wind there is, the better chance there is of seeing the sky lit up.

Dr Mason said the solar wind is sometimes produced by eruptions linked to sunspots, but added: ‘Some of the best auroras I have seen in the last few years have had nothing to do with sunspots at all.

‘Travel agents say to people: “Don’t bother to go to see the Northern Lights for the next five years, you won’t see them because there aren’t any sunspots”. You don’t need them.’

Great auroras can be triggered by particles streaming from darker, cooler areas of the sun known as coronal holes, he said.

‘Every single night in October 2016 there was a great auroral display. You didn’t see some of them because of the clouds but there were amazing auroras going on all month. And that has continued through November – and all because of coronal holes.

‘Periods of activity can last for 15 minutes or from dusk to dawn, you don’t know what you’re going to get.’

Dr Mason also cautioned against using apps that give auroral forecasts as the Northern Lights can vary on your precise location.

‘Never give up,’ he advised. ‘If you’re in that region at that time of year with a clear dark sky go out and have a look.’

Wildlife photographer Paul Goldstein also showed stunning close-up pictures of polar bears and penguins he had taken from cruise ships and Zodiac inflatables. Again, he stressed it could take hours to capture the best photos.

Seabourn ramps up the adventurous side of luxury