The world’s largest cruise ship, Harmony of the Seas, joined its sisters Oasis and Allure for the first time off Florida last night.

The 5,500-passenger giant crossed the Atlantic to be greeted by the two ships which previously held the record. It will now be based permanently at Port Everglades in Fort Lauderdale. 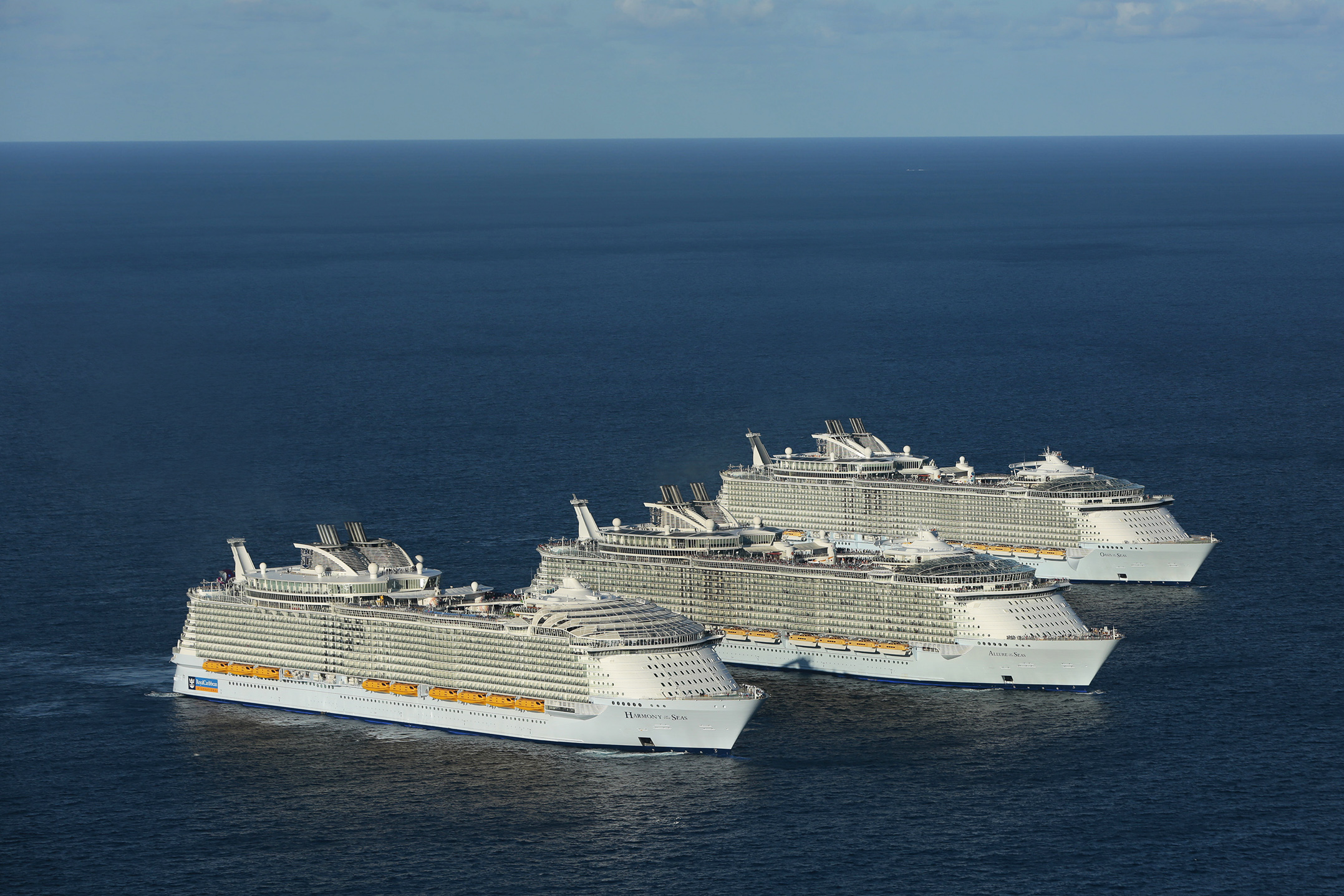 Oasis of the Seas was first to claim the title of world’s largest cruise ship when it entered service in 2009. Its crown was then handed to Allure of the Seas the following year. Harmony of the Seas beat the record by a mere foot in length.

Each ship features seven themed neighbourhoods including Central Park with nearly 12,000 plants and trees. But Harmony has introduced a new thrill – a ten-storey mat slide called The Ultimate Abyss. It will now take guests on sailings around the Caribbean. 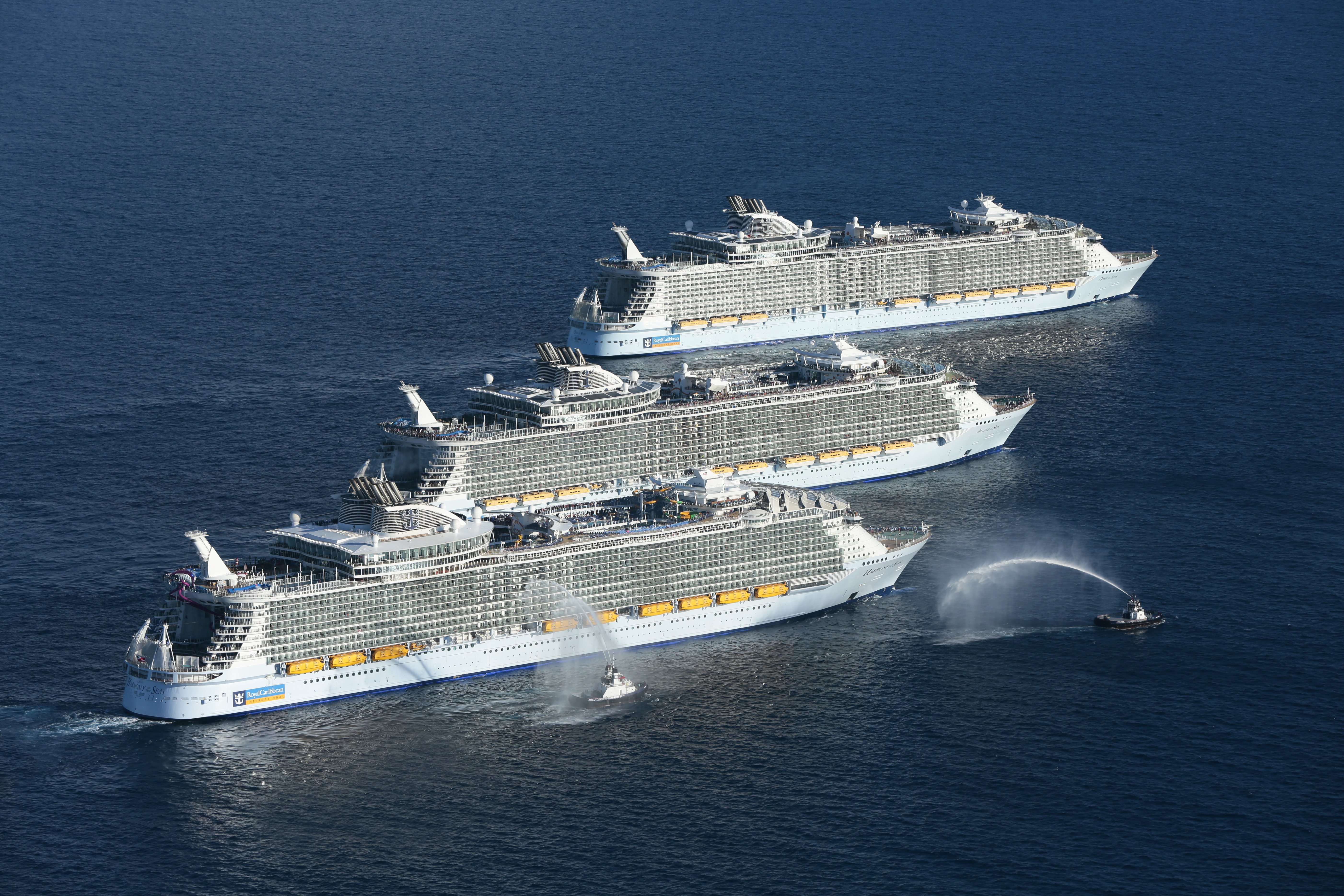 Video tour of Harmony of the Seas (with video of Abyss)