Eight cruise passengers on a shore excursion were killed when a sightseeing plane crashed into a cliff face in south-east Alaska.

The guests from Holland America ship Westerdam died along with the pilot when the turboprop DeHavilland DHC-34 Otter hit the rock face near the popular tourist spot of Misty Fjords.

The victims were Hal Cheney, 71, and Mary Doucette, 59, both of Lodi, California; Glenda Cambiaso, 31, and Hugo Cambiaso, 65, both of North Potomac, Maryland; June Kranenburg, 73, and Leonard Kranenburg, 63, both of Medford, Oregon; Margie Apodaca, 63, and Raymond Apodaca, 70, both of Sparks, Nevada; and the pilot, Bryan Krill, 64, of Hope, Idaho.

Holland America said in a statement: ‘We are incredibly distressed by this situation. Holland America Line is extending its full support to travelling companions of the guests involved.’

The president of tour operator Promech Air, Marcus Sessoms, said: ‘There is nothing I can say that can alleviate the pain and overwhelming sense of loss that we and the loved ones of those affected are feeling. At this moment, all of us share the pain and anguish of this terrible event. Our thoughts and our prayers go out to everyone touched by this tragedy.’

Westerdam is on a seven-night round-trip cruise from Seattle along the Inside Passage that left last Saturday, June 20. 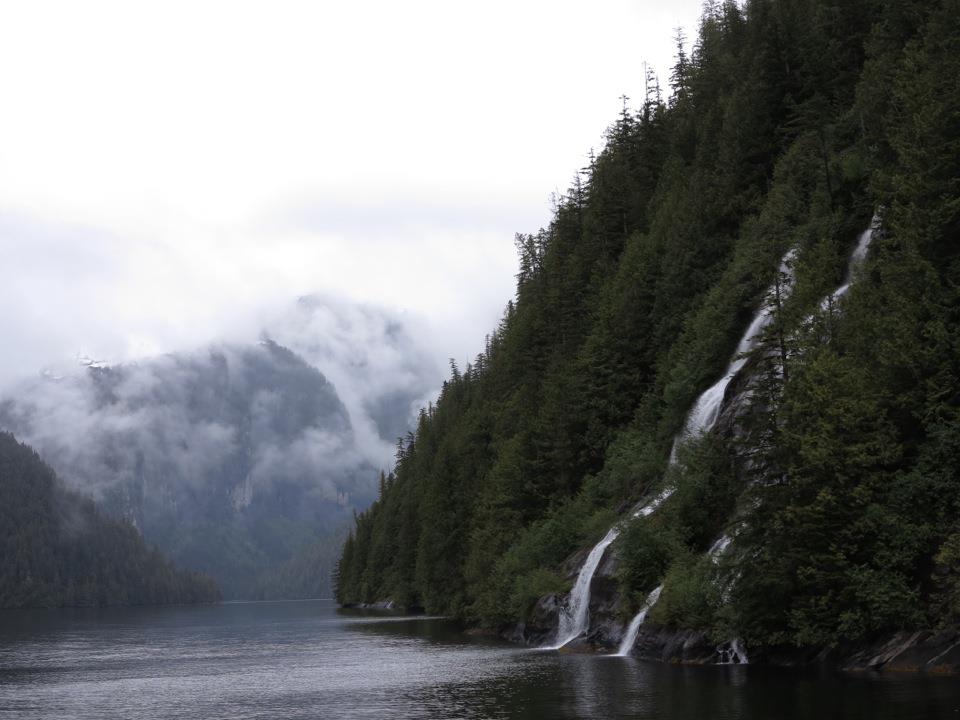 Attraction: The Misty Fjords are one of the highlights of an Alaskan voyage (Photo: Dave Monk)

The plane was operating a shore excursion sold through Holland America Line. Wreckage was discovered on a rock face about 800ft above Ella Lake, 20 miles north-east of Ketchikan, after an emergency locator transmitter was activated.

Westerdam has now sailed from Ketchikan, though relatives of those killed have stayed behind. Passengers on board the ship described the mood as ‘very sombre’.