Above: Humaini’s video showing his models of Freedom and Oasis of the Seas

Bamboo can be used to feed pandas, make flooring or even play music – now a 26-year-old is using it to create amazingly accurate models of cruise ships, even though he’s never been on one.

Humaini, from Sampang in Indonesia, has created a thriving business out of a junior high school hobby, with clients happy to wait up to three months for each order.

The dedicated craftsman, who works entirely by hand, says: ‘I promise I will meet the demands of my fans in many countries.’

Humaini  – who, like many Indonesians, uses only one name – named his company Sakera Bambu after a hero on his island of Madura.

He told me: ‘I love making models of modern ships like the ones from Royal Caribbean and classics such as pirate ships and sailboats. Many of my customers are asking for models of Carnival, MSC, Queen Mary 2, Titanic, Royal Princess, Britannia and other ships. They are willing to wait to get their order. They are really limited and a pride for anyone who collects them.’ 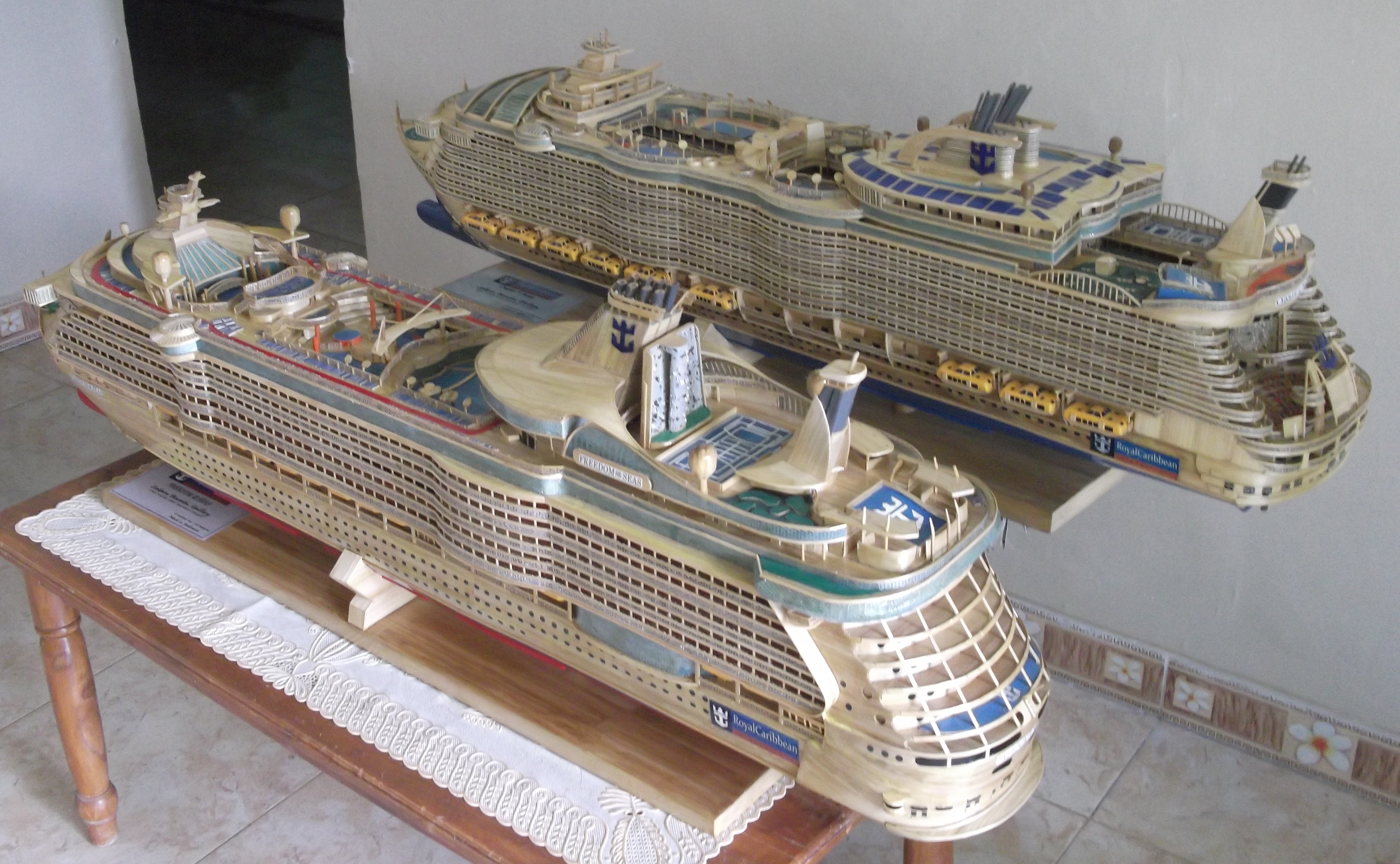 Wood you believe it? Oasis and Freedom of the Seas are crafted from bamboo (Picture: Humaini/Sakera Bambu)

He said: ‘It’s very difficult to transform bamboo into a replica ship – you need expertise, specialised skills and patience. You won’t find works like this elsewhere – I work with 95 per cent bamboo but many model ships are made of wood, fibreglass, metal, cast iron or plastic that is shaped by machine and can be mass-produced very easily.’

Remarkably, Humaini recreates the ships without even seeing them – he works from a series of photographs, sketches and rough models.

He admitted: ‘I’ve made many mistakes but I did not give up. I was self-taught and nobody thought I could do this. The most difficult thing is to scale all the components by hand without using any machinery – that takes a lot of patience. But I love a challenge. 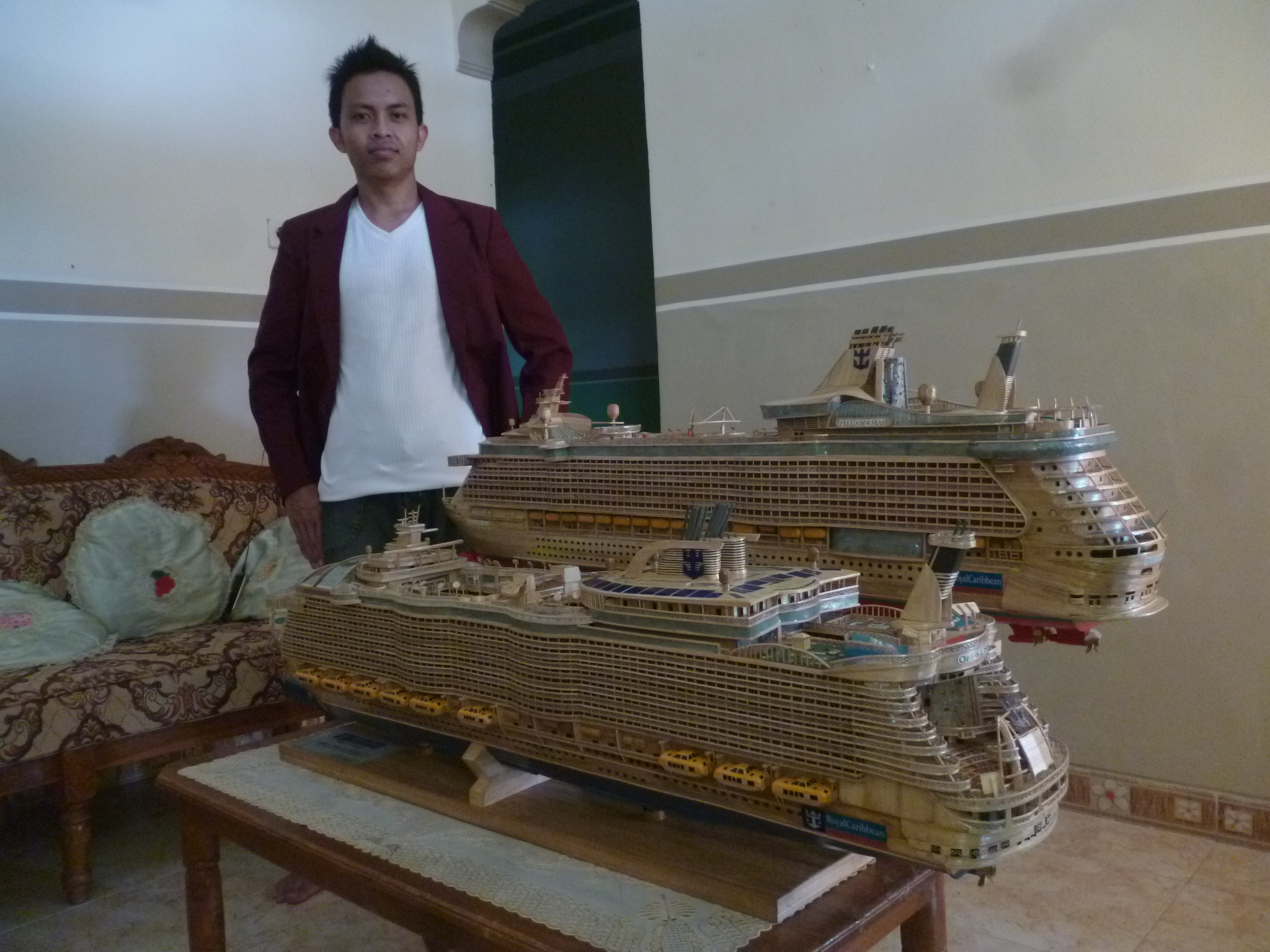 ‘I have a lot of art lovers and collectors from many countries who want the ships as souvenirs.

‘I am very grateful because I get a lot of positive response – I think everyone understands and appreciates original works of art. Hard work, perseverance and precision are applied to the details of each miniature ship, and colours are used to create a realistic look without altering the authenticity of bamboo.’

He ended: ‘It’s strange indeed that a designer and maker of miniature ships like me has never boarded a real ship. I really like the Royal Caribbean ones and Royal Princess – they have such elegant and beautiful designs, very artistic!

All photos and video used with permission. Copyright remains with Humaini/Sakera Bambu