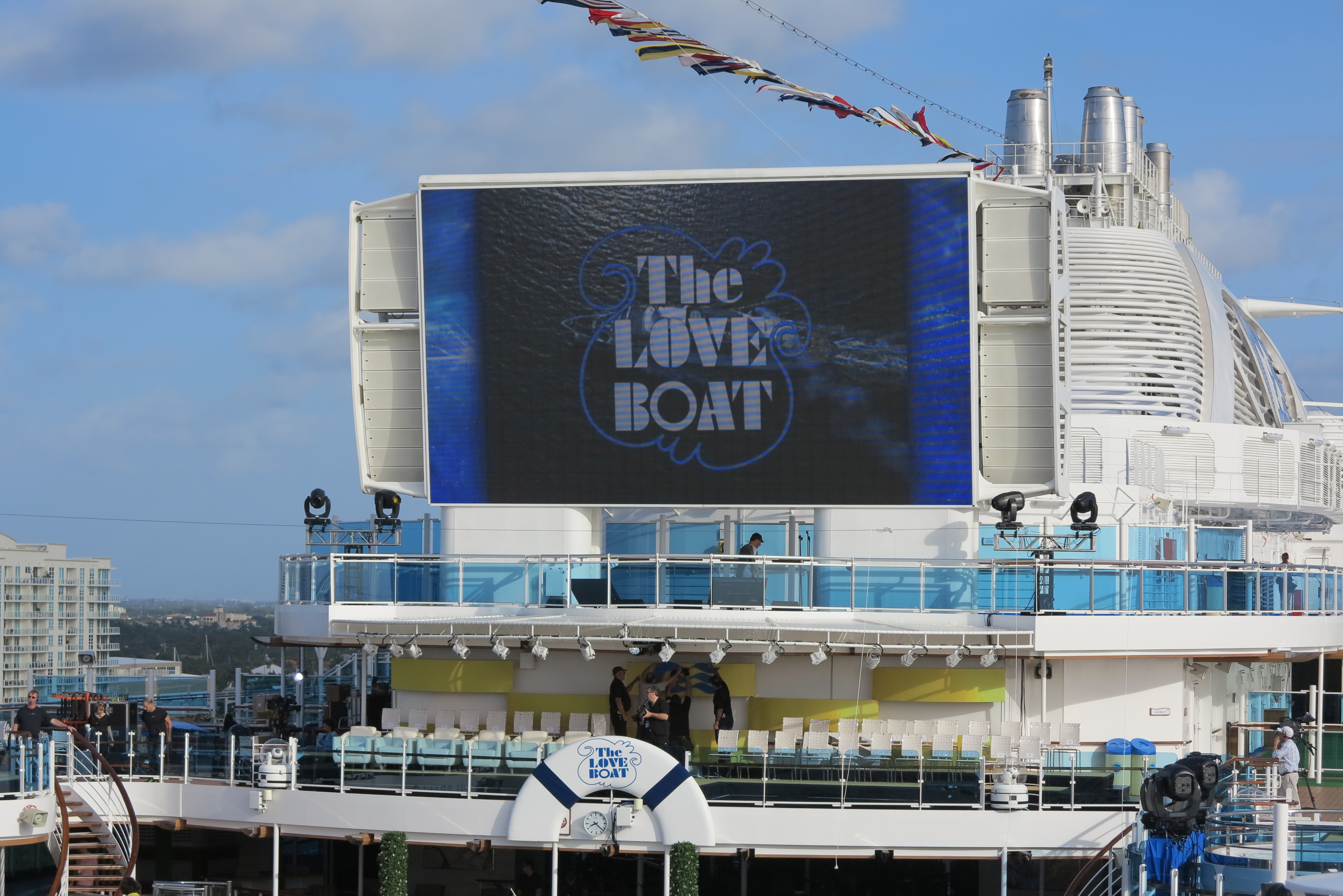 Classic: Crew from the TV series Love Boat will name the ship this afternoon

A host of other Hollywood stars are also expected to attend.

However, it was announced that Tori Spelling, actress and daughter of Love Boat producer Aaron Spelling, would be replaced as master of ceremonies for the ship’s christening by Brady Bunch mum actress Florence Henderson. Spelling said she was ‘terribly disappointed’ to miss the gold carpet event as she is recovering from a spell in hospital. 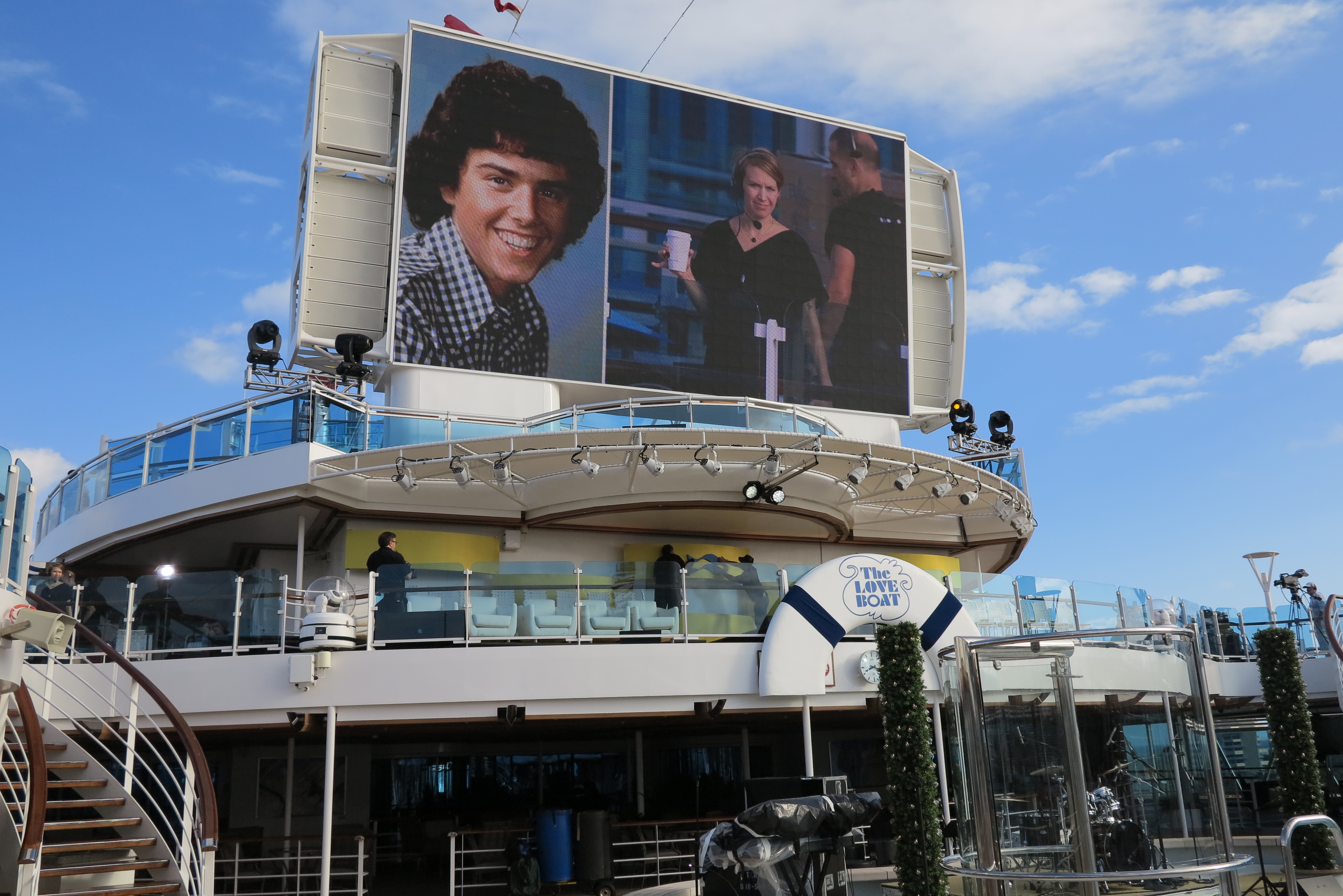 TV runners stand in for guest stars during camera rehearsals

As the sun beat down this morning, TV runners carrying coffee cups stood in for the stars in a final dress rehearsal for the cameras. 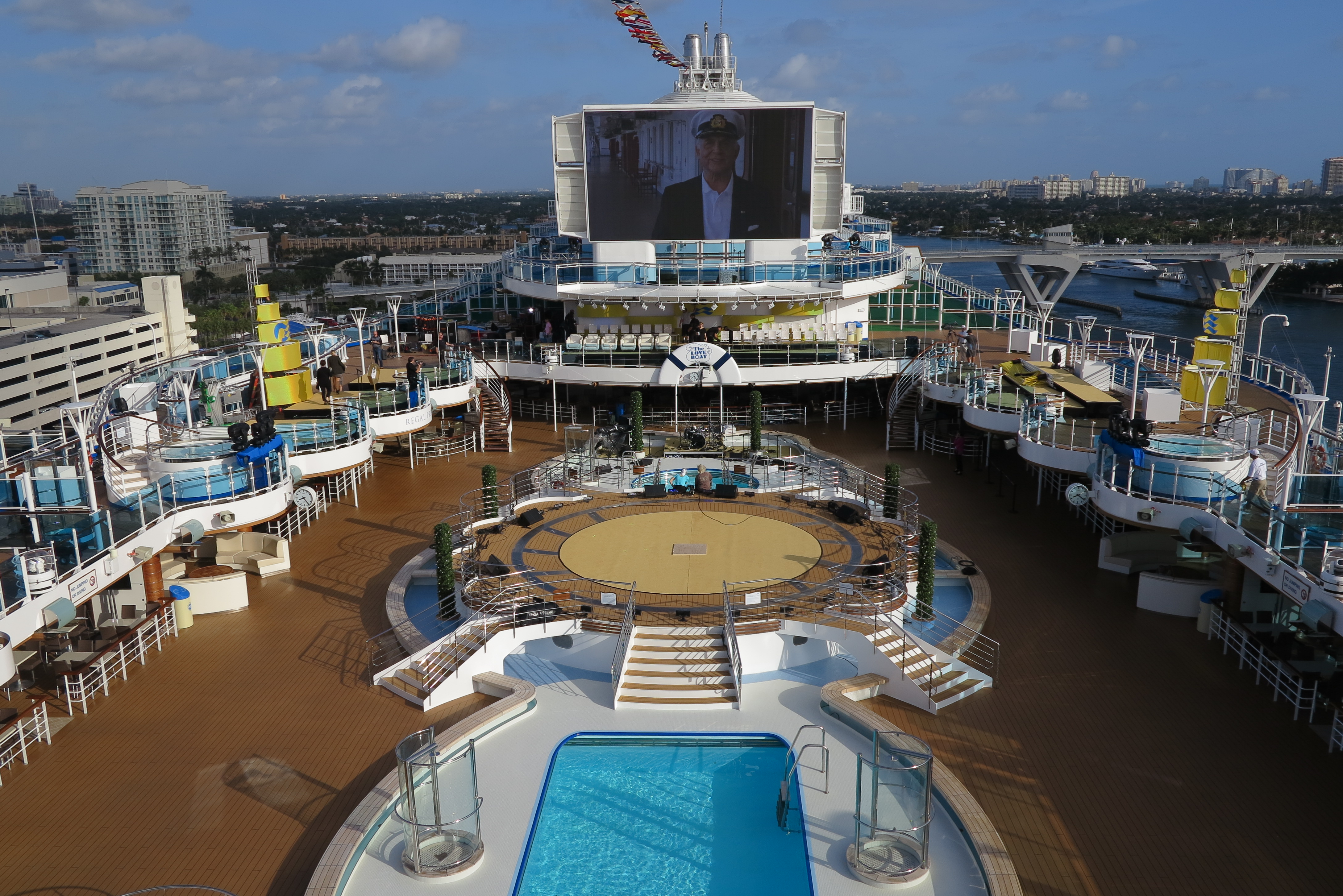 MacLeod, who has been Princess Cruises’ ambassador since the show ended in 1986, will give a recorded speech saying the naming, which also kicks off the line’s half-century year, ‘celebrates love’.