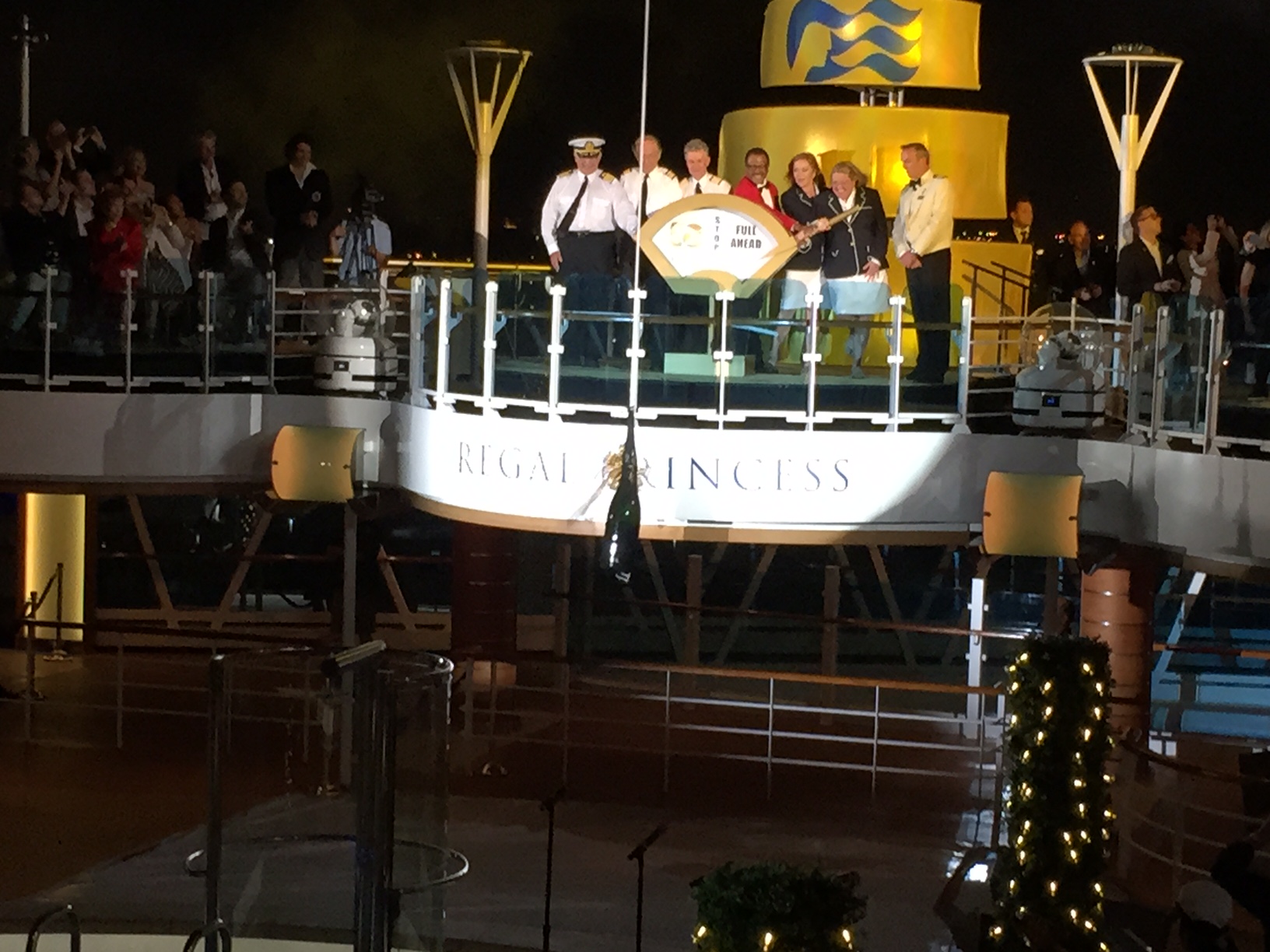 With the Love Boat cast looking on, the bottle hits the Regal Princess sign. It took another go to break it.

Six actors who played key roles in the sitcom became the godparents of the 141,000-ton vessel in Fort Lauderdale, Florida. 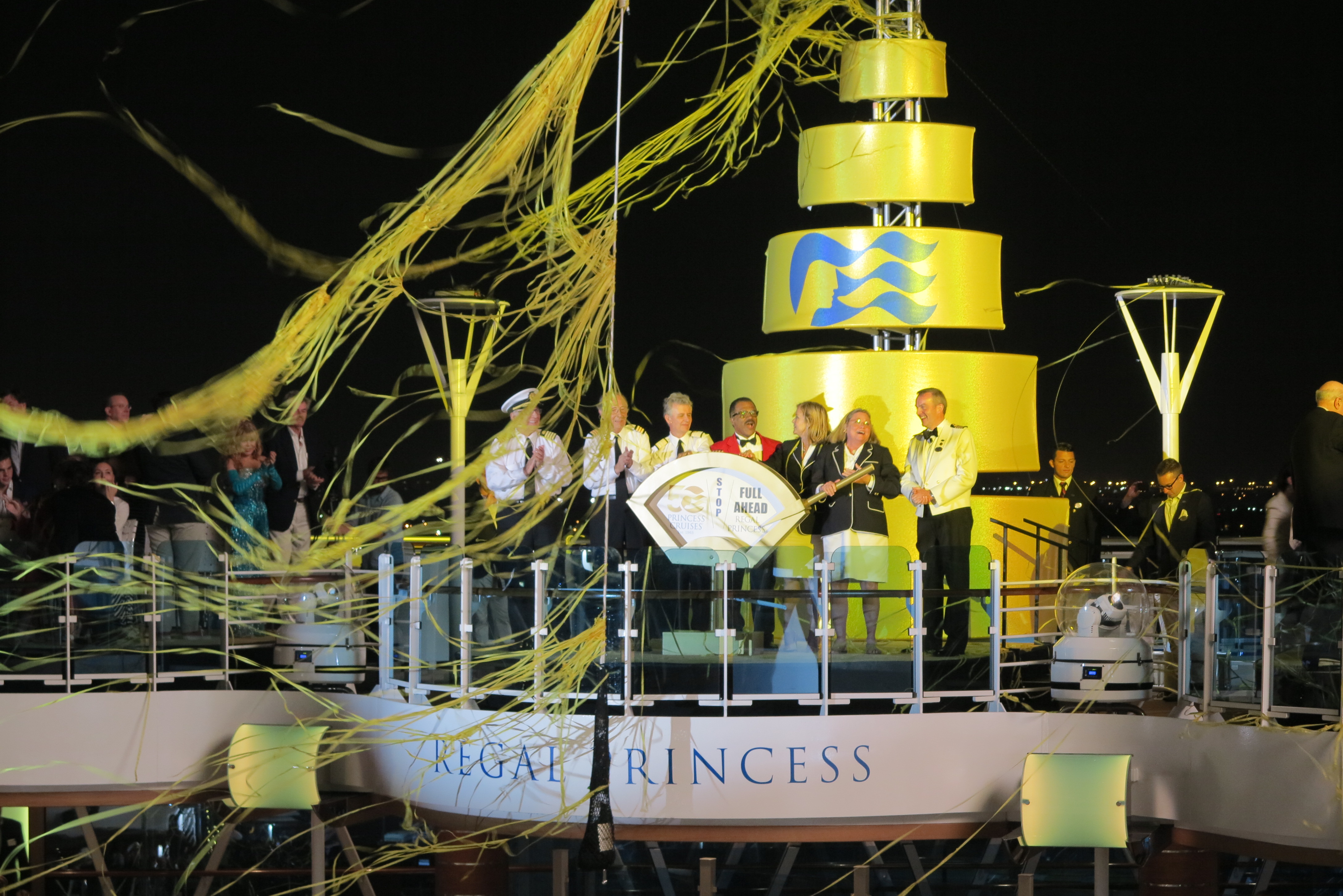 Celebration: Streamers descend after the ship is named

They were joined by 25 guest stars from the series, which ran in the Seventies and Eighties and introduced millions of viewers to the idea of cruising. 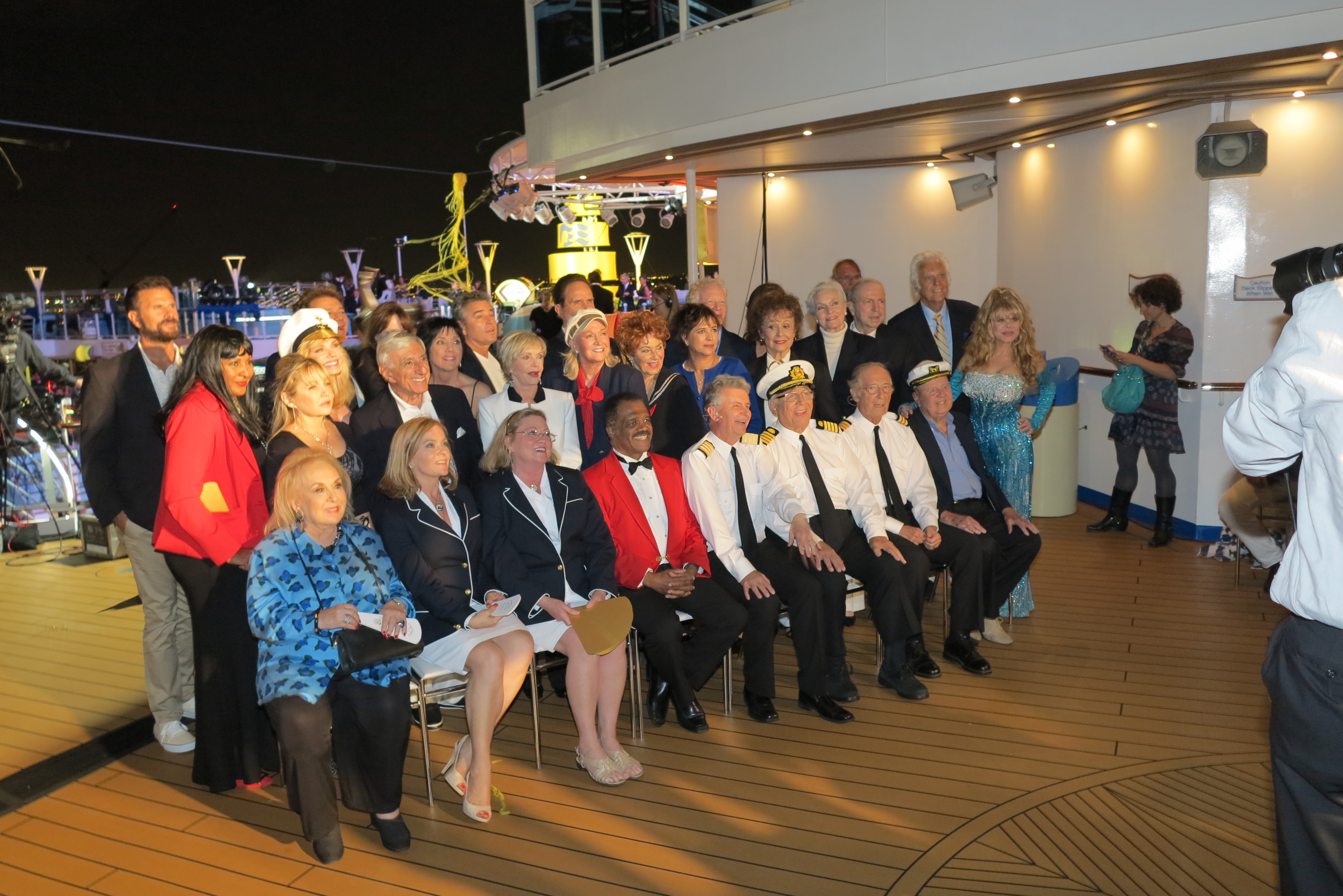 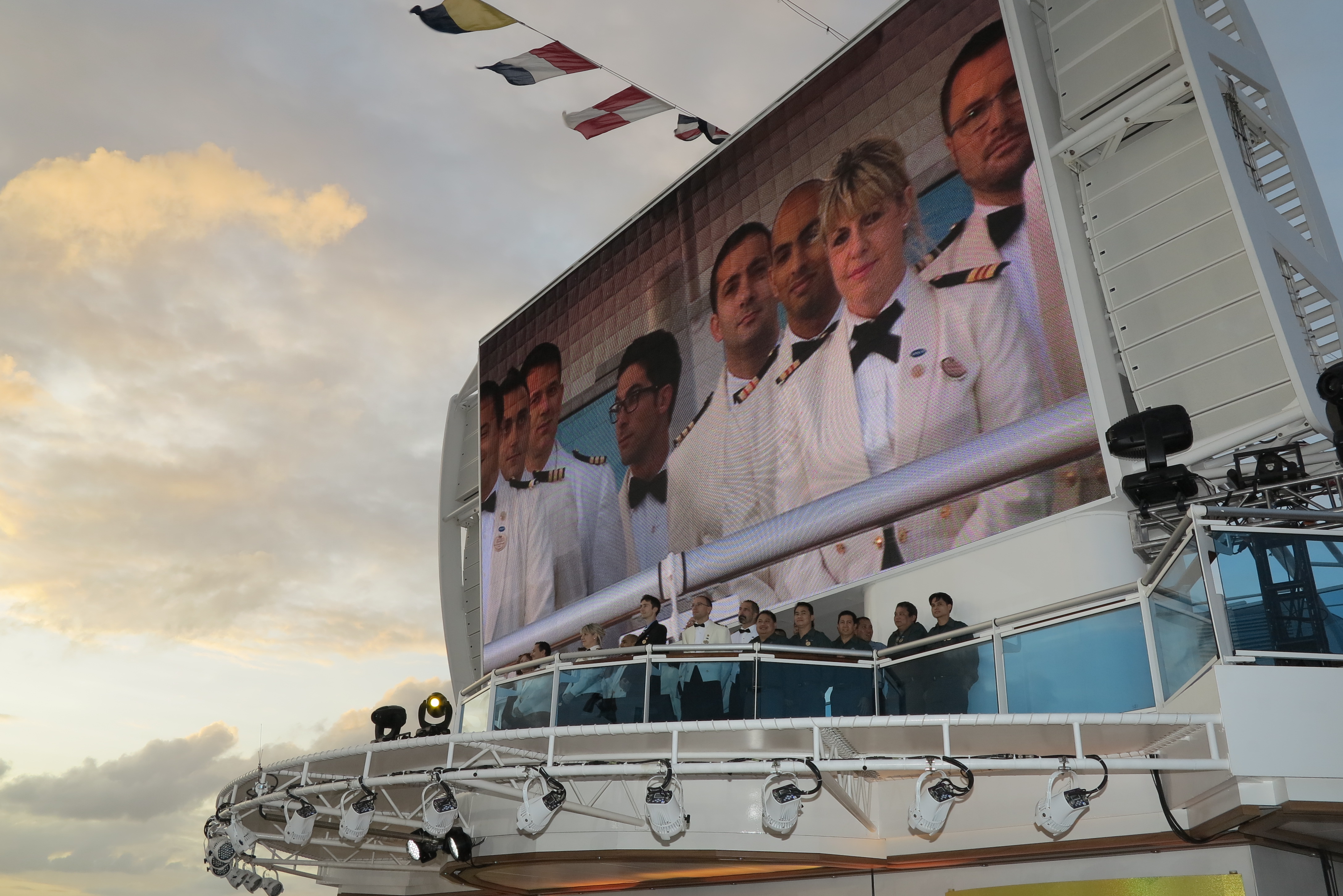 The real stars: The crew played a special part in the ceremony 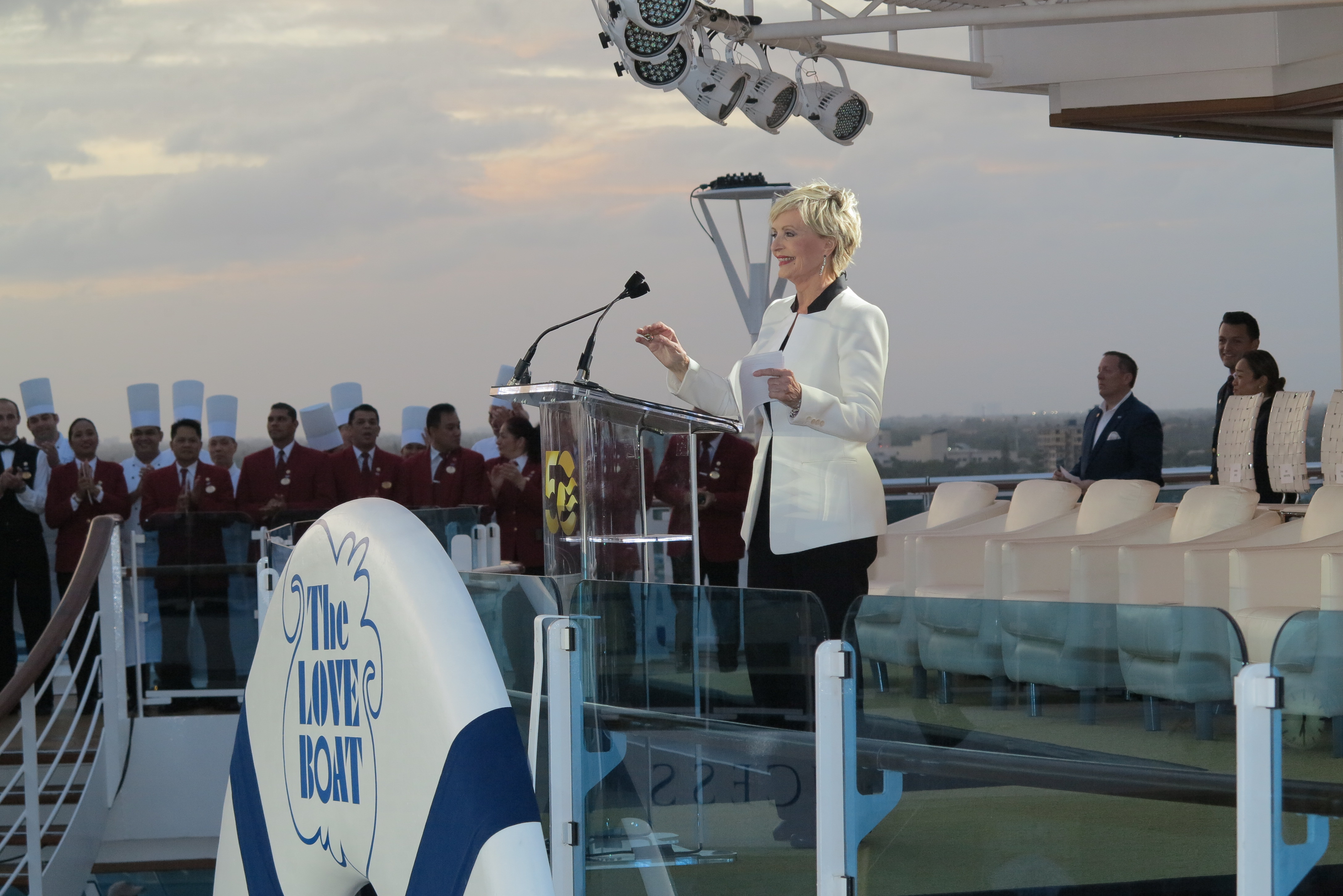 Top of the bunch: Brady Bunch mother Florence Henderson was master of ceremonies

Tori Spelling, actress and daughter of Love Boat producer Aaron Spelling, was replaced as master of ceremonies by Florence Henderson. Spelling said she was ‘terribly disappointed’ to miss the gold carpet event as she was recovering from a spell in hospital.

Jack Jones sang the theme tune and a highlight of the evening was a closing guitar solo by Love Boat favourite Charo.

As well as naming the ship, the ceremony also marked the beginning of celebrations for 50 years of Princess Cruises. So, in a twist to events, 50 bottles of champagne were smashed against the hull before the 51st was launched by the Love Boat cast. 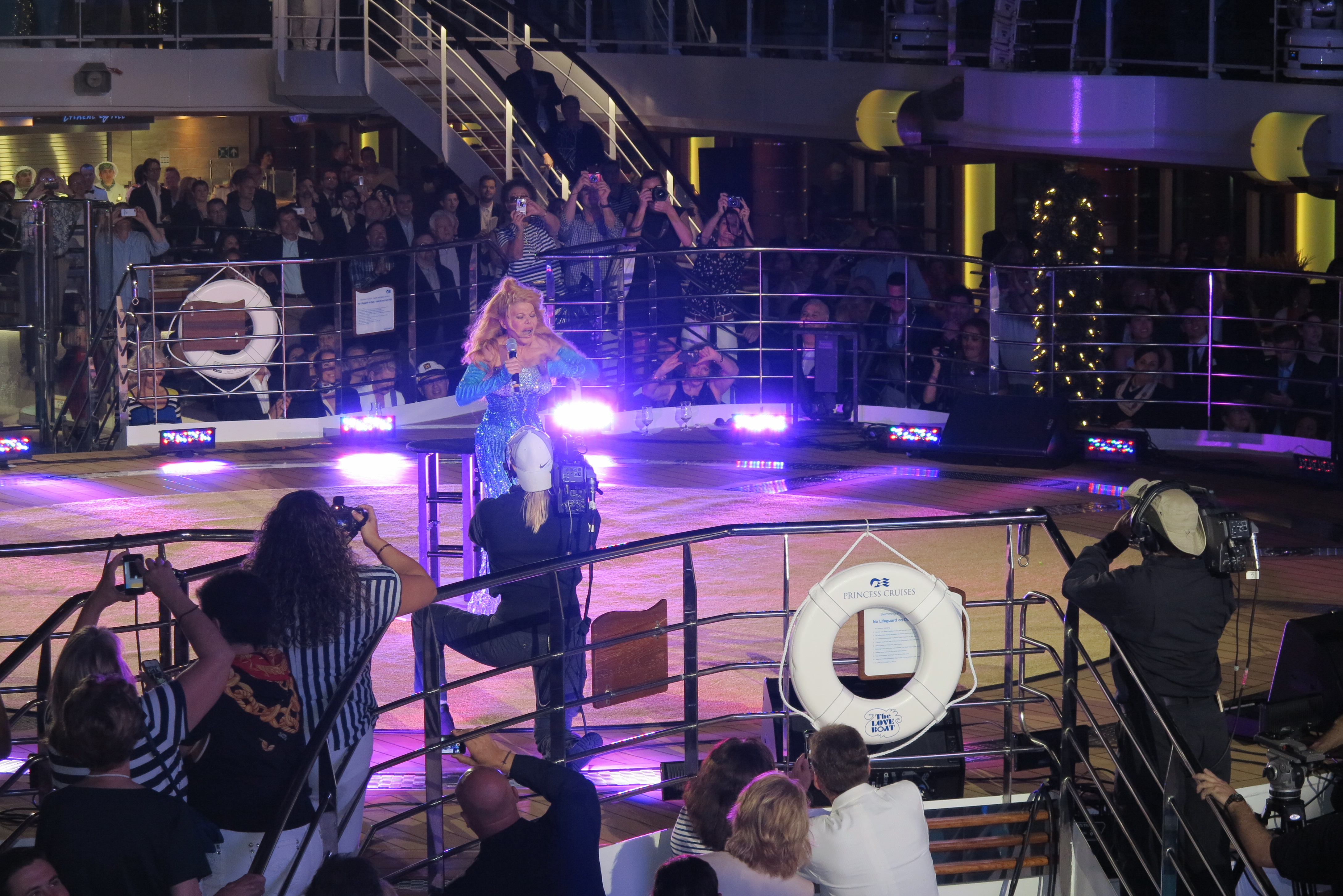 Bravo, Charo: The Love Boat star brought the house down with her dancing and a guitar solo

Regal Princess, which began sailing in May, is a sister ship to Royal Princess, christened by the Duchess of Cambridge in Southampton last year. Among the features of the £460million, 3,500-passenger ship are a large atrium, private poolside cabanas, TV studios and a 28ft-long glass-bottomed SeaWalk that extends over the edge of the ship. 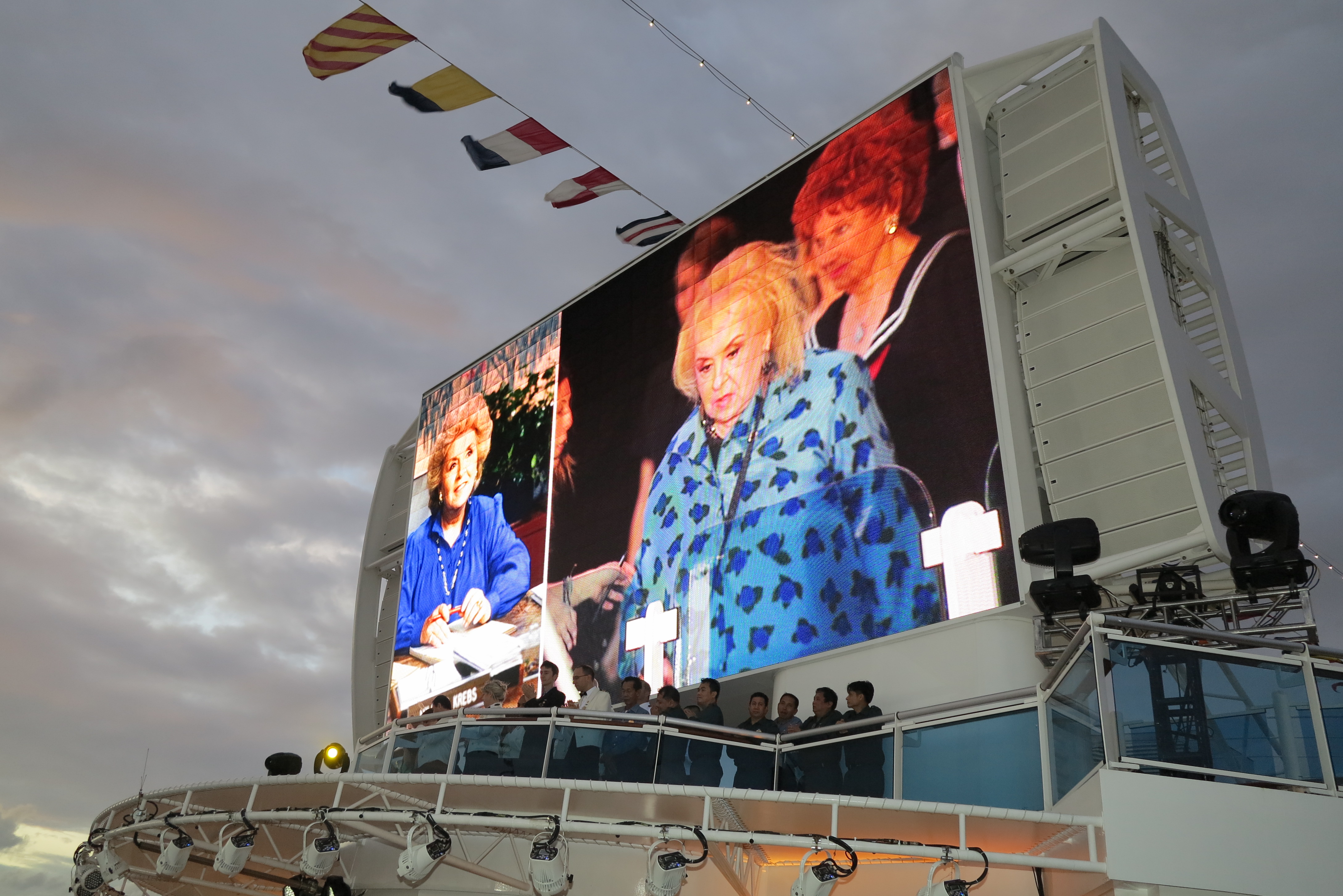 Everybody loves Doris: Doris Roberts was one of the Love Boat favourites on board

The Love Boat series ran from 1977 for ten seasons, becoming one of the most popular prime-time shows in the US. It is still shown in 93 countries worldwide, having been translated into 29 languages. Most of the programmes were filmed on Princess ships. 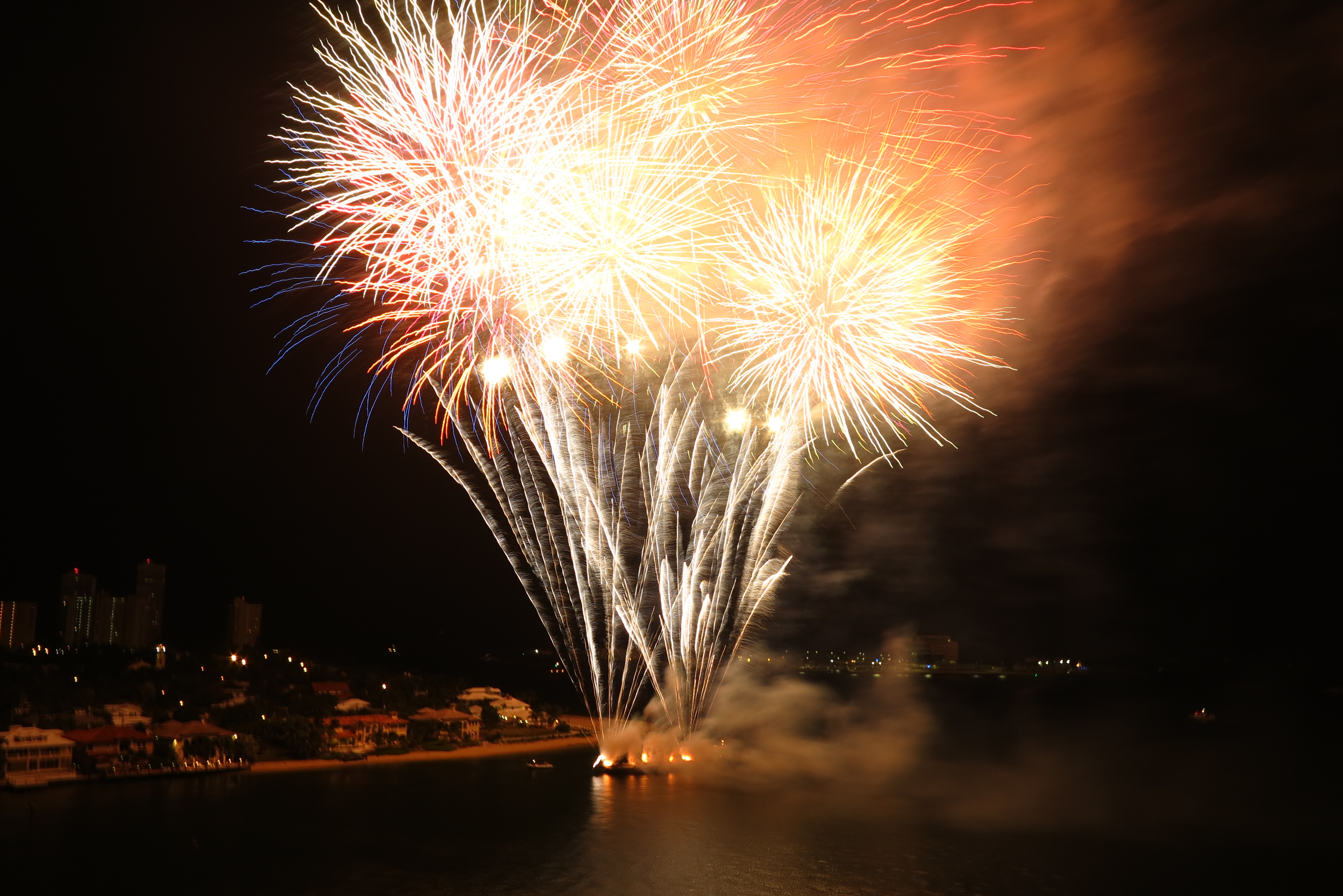 Lighting up the sky: The fireworks party ends the evening

The evening ended with a fireworks spectacular. Newly named Regal Princess sets off for the Caribbean tomorrow.

All photos by author