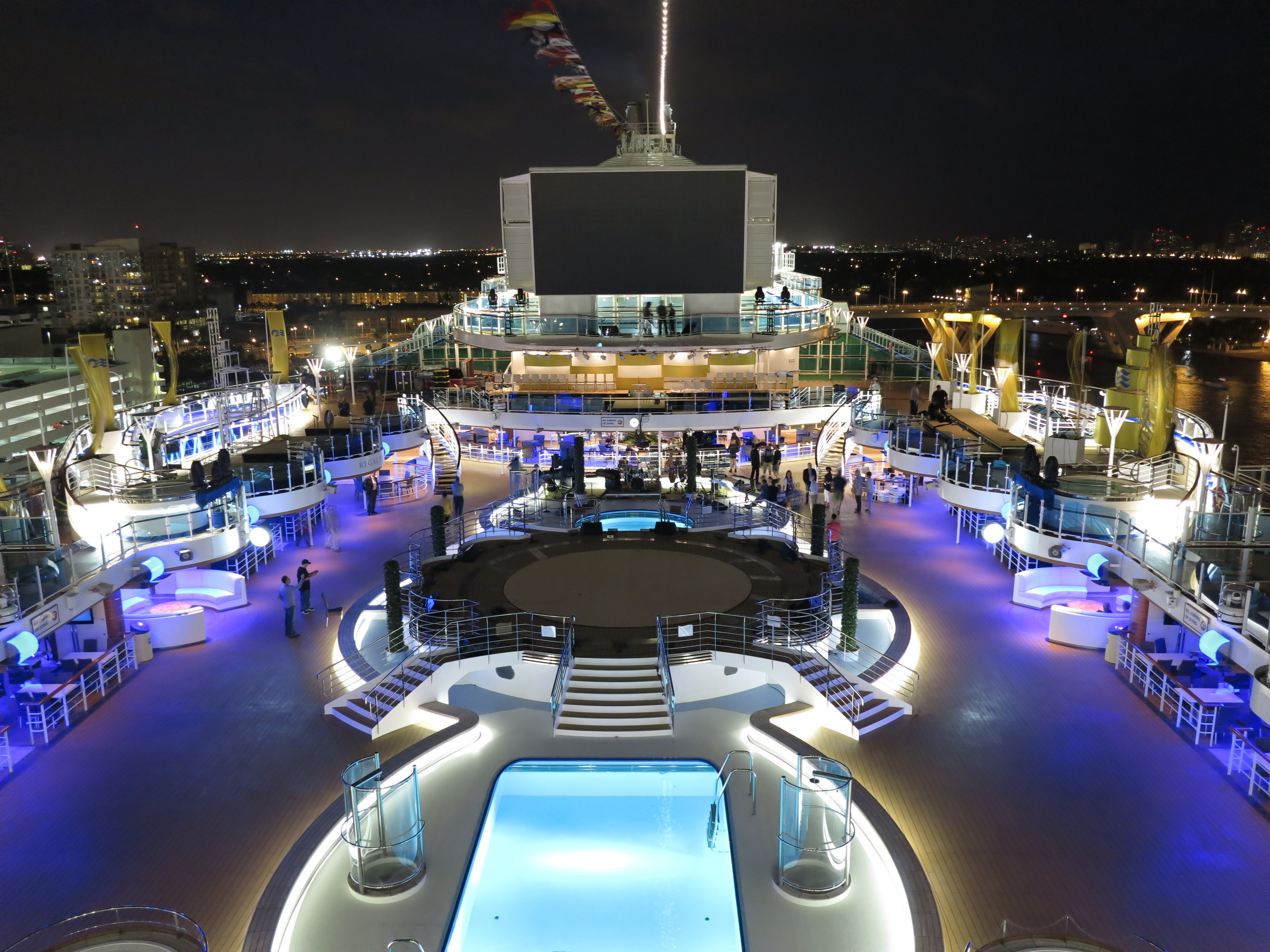 Shipshape: The gleaming deck of Regal Princess as it awaits its special visitors

The decks have been cleaned, camera lines have been checked and the final preparations are being made for the christening of Regal Princess tomorrow by cast members of The Love Boat, a hit American TV series that introduced cruising to millions of viewers in the Seventies and Eighties. 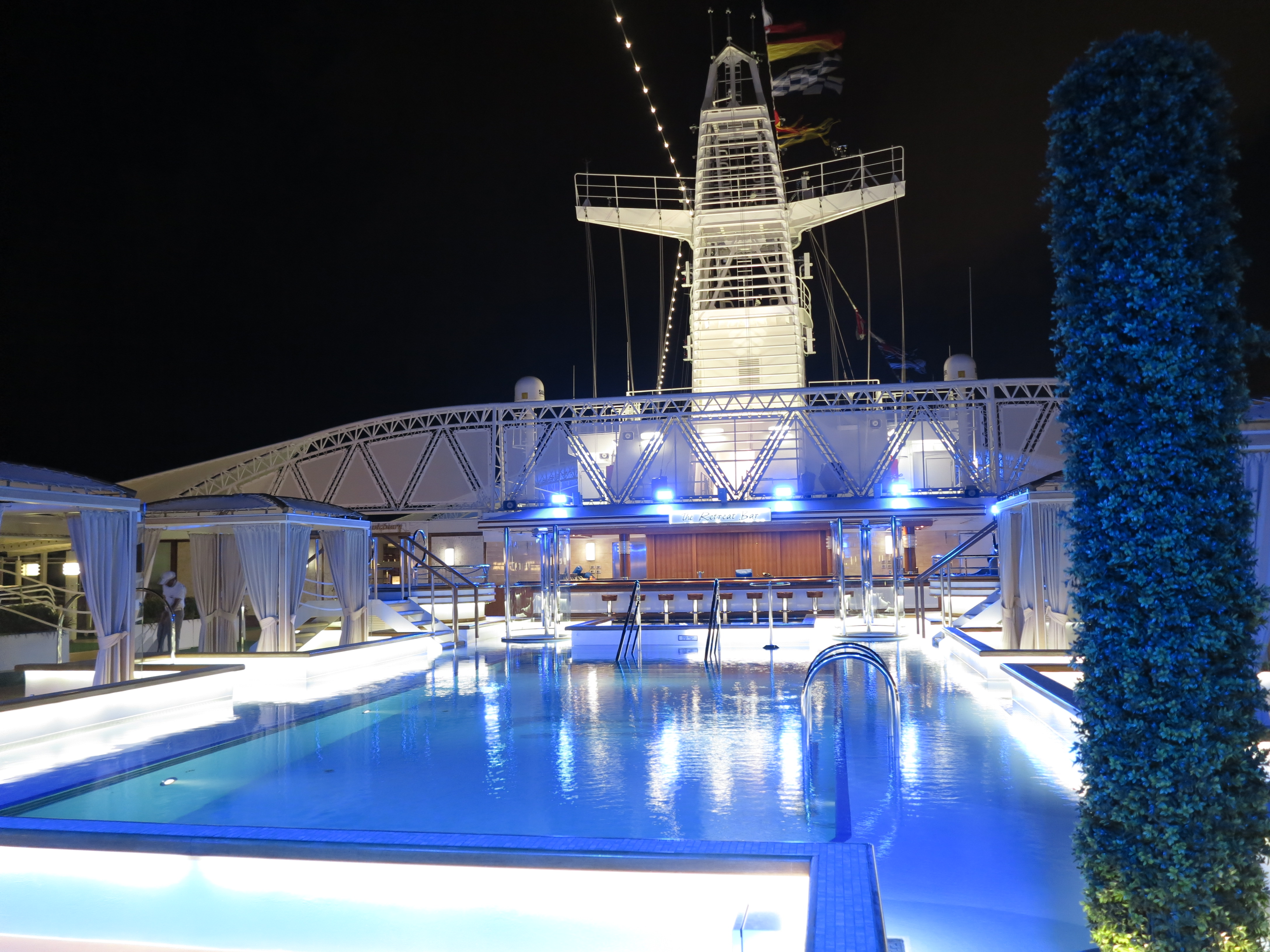 The 141,000-ton, 3,560-guest latest addition to the Princess Cruises line is being smartened up to receive the six godparents and kick off celebrations for the line’s 50th anniversary next year. 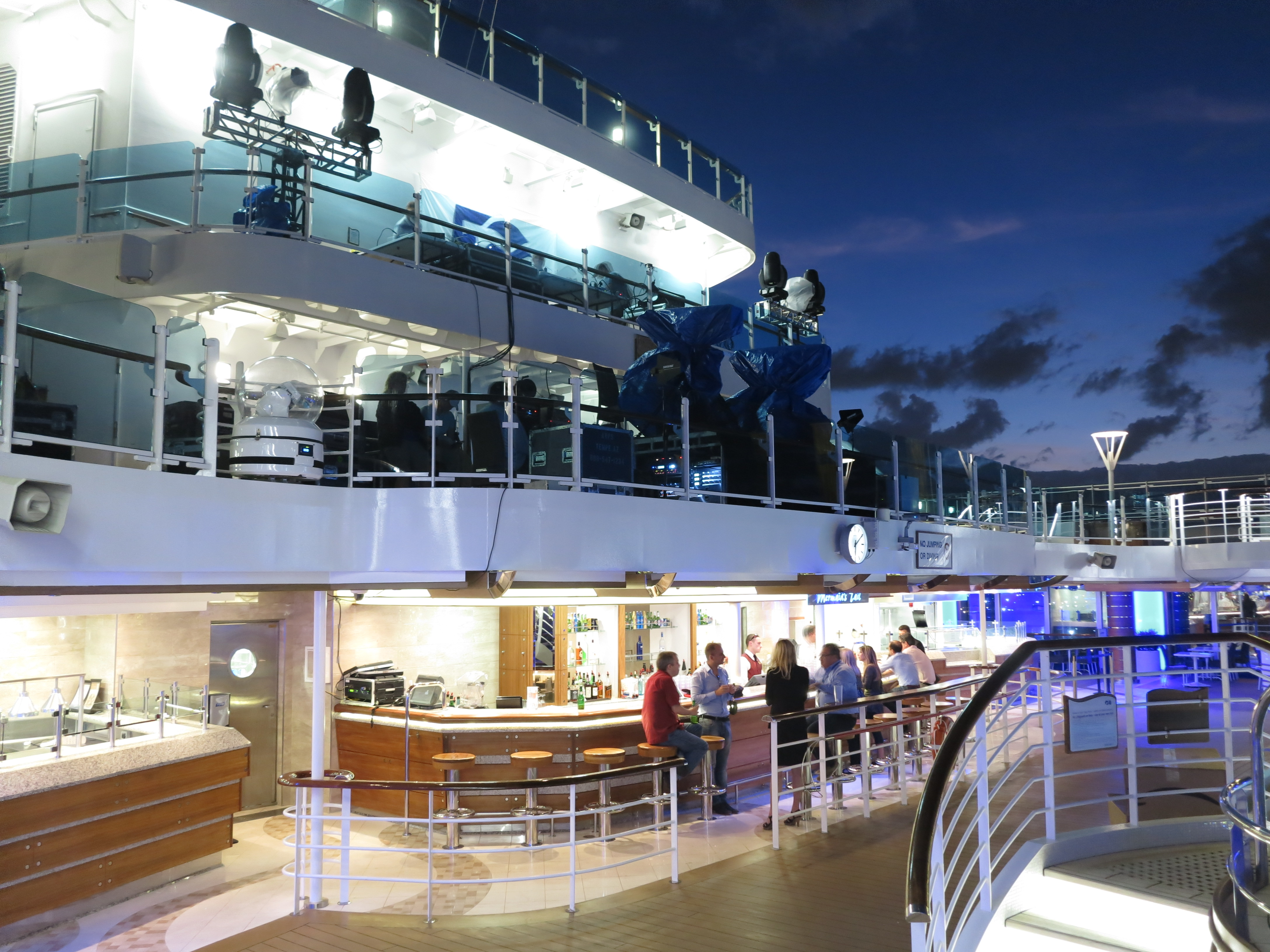 Lights, cameras…: As drinkers relax at the Mermaid’s Tail bar, TV equipment is being readied for the big event

The Love Boat sitcom was filmed mainly on Princess ships and actors who played the roles of Captain Stubing, Gopher, Isaac, Doc, Julie and Vicki will be on board to name the ship in Fort Lauderdale, Florida. 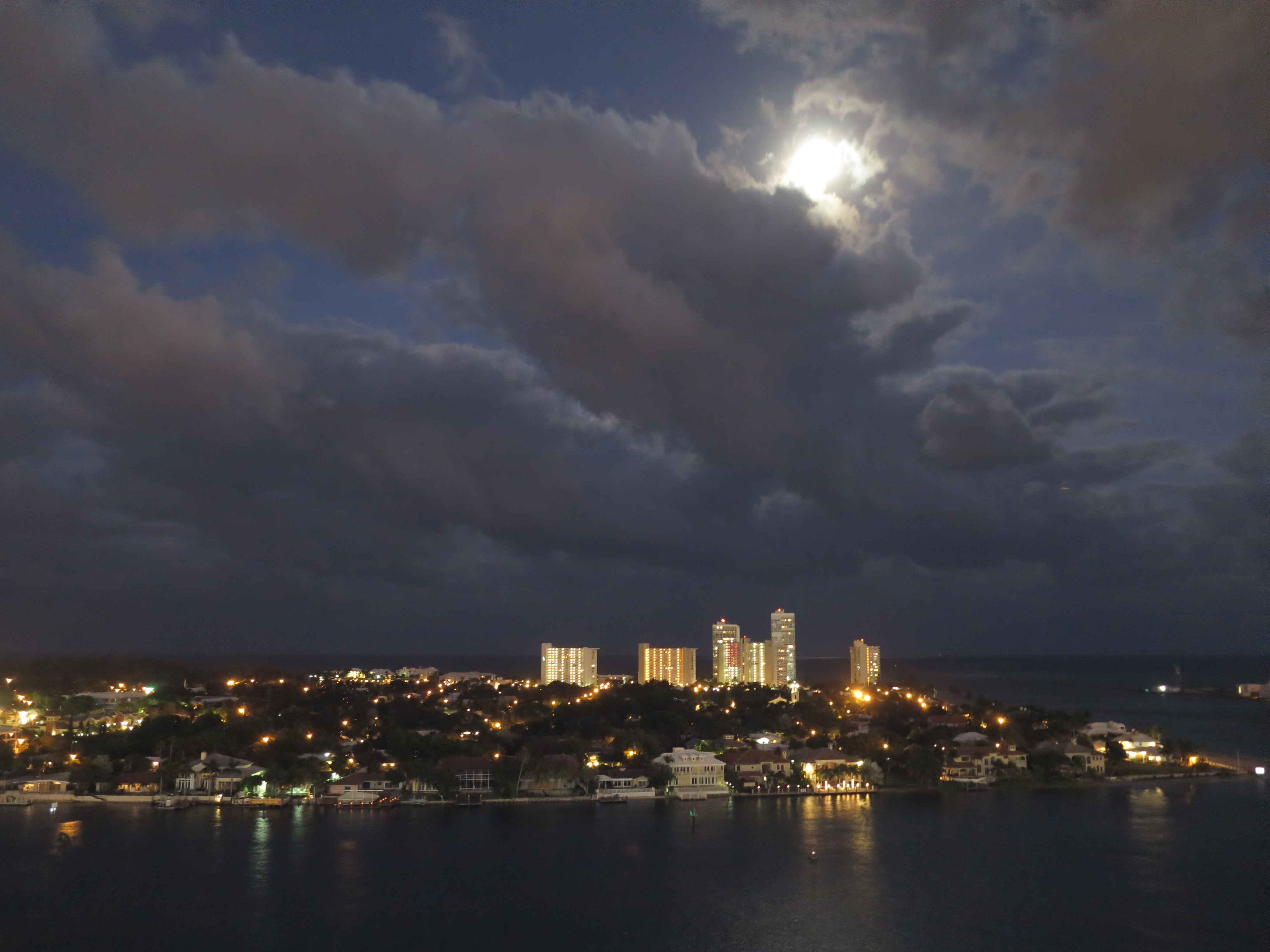 Spectacular backdrop: The Fort Lauderdale sky puts on its own show