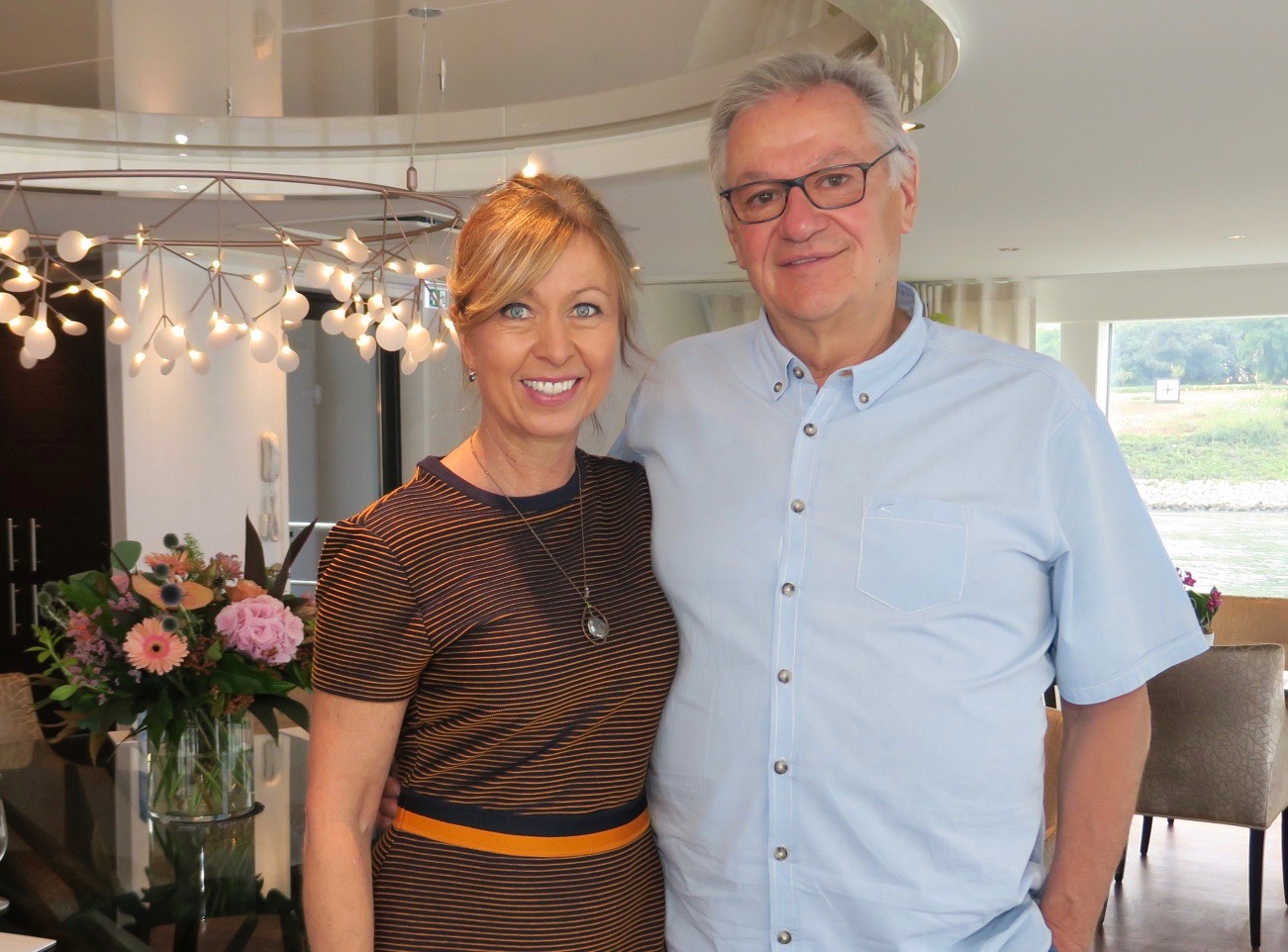 AmaWaterways is considering a return to Egypt and building a second double-width river ship after the successful launch of AmaMagna, its founders Rudi Schreiner and Kristin Karst said today.

But the company will not follow competitors such as Viking, Emerald Waterways and CroisiEurope into adding ocean or coastal routes, Rudi said.

The couple answered media questions on board new ship AmaMora, which will be christened in Lahnstein, Germany, tomorrow (July 18, 2019).

Asked about plans for the next five years, Rudi answered: ‘We always look for new rivers, we are also looking at rivers where we used to be, which we dropped because of political and other issues. 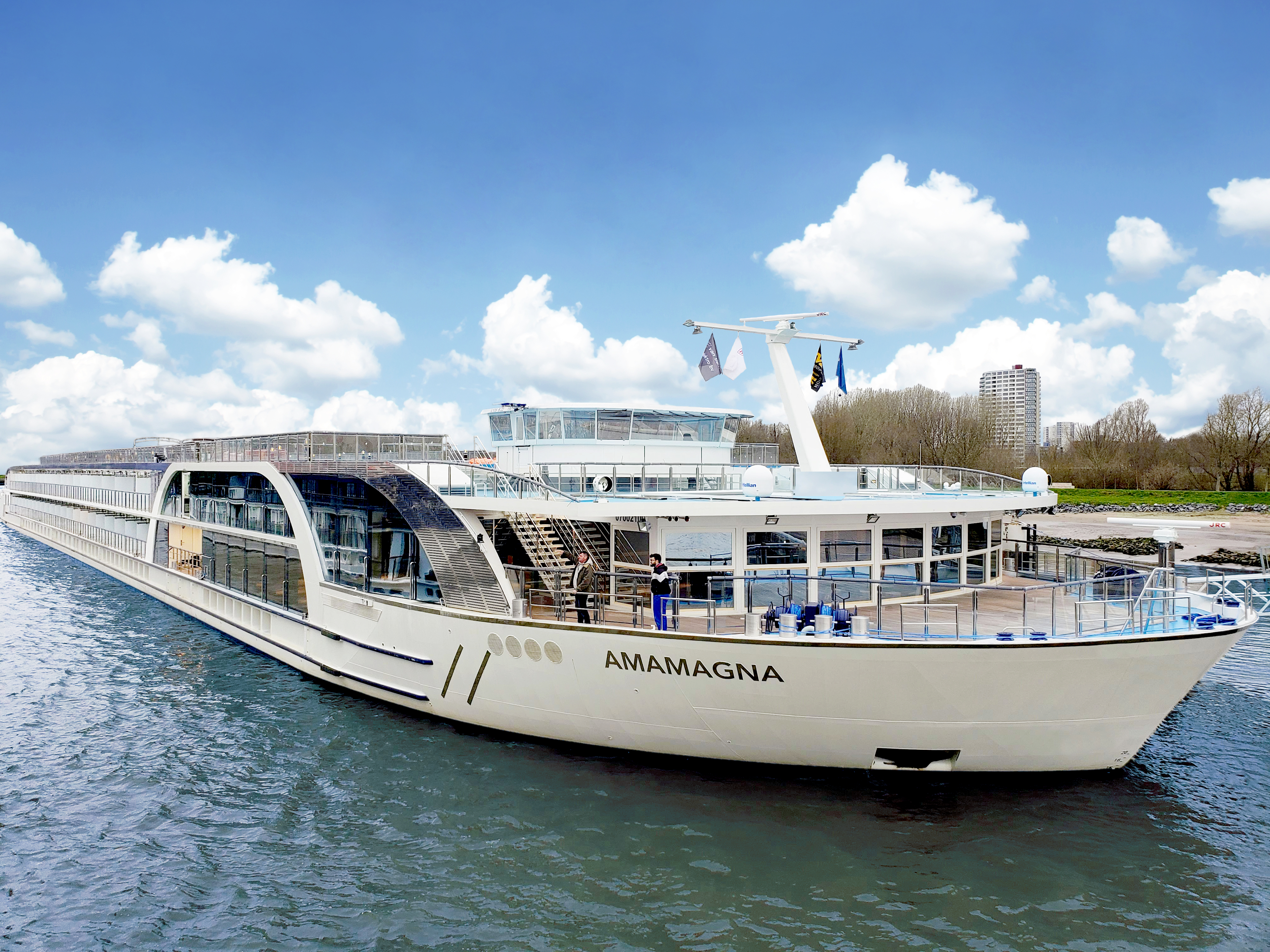 ‘Right now we are again looking at Egypt and we actually looked at India for a couple of years until we decided to leave it alone. In Egypt we operated up until the [2011] revolution – in fact, a few weeks before we were there looking at building a new ship. It’s interesting again but if we’re going to a destination we don’t simply want to charter a ship, we want to go into it with our AmaWaterways product, so that’s what we are working on right now.

‘We started on it at a board meeting a few days ago in Luxembourg so now we are moving forward. I don’t have the final timeline yet – it could be as early as late 2020, which I don’t think will be realistic, so probably 2021.

‘In Europe we will continue to build one or two new ships every year. After the AmaMagna experience we raised the idea that it might be of interest to look at a second one of those so we will look into it, there’s no guarantee right now.’ 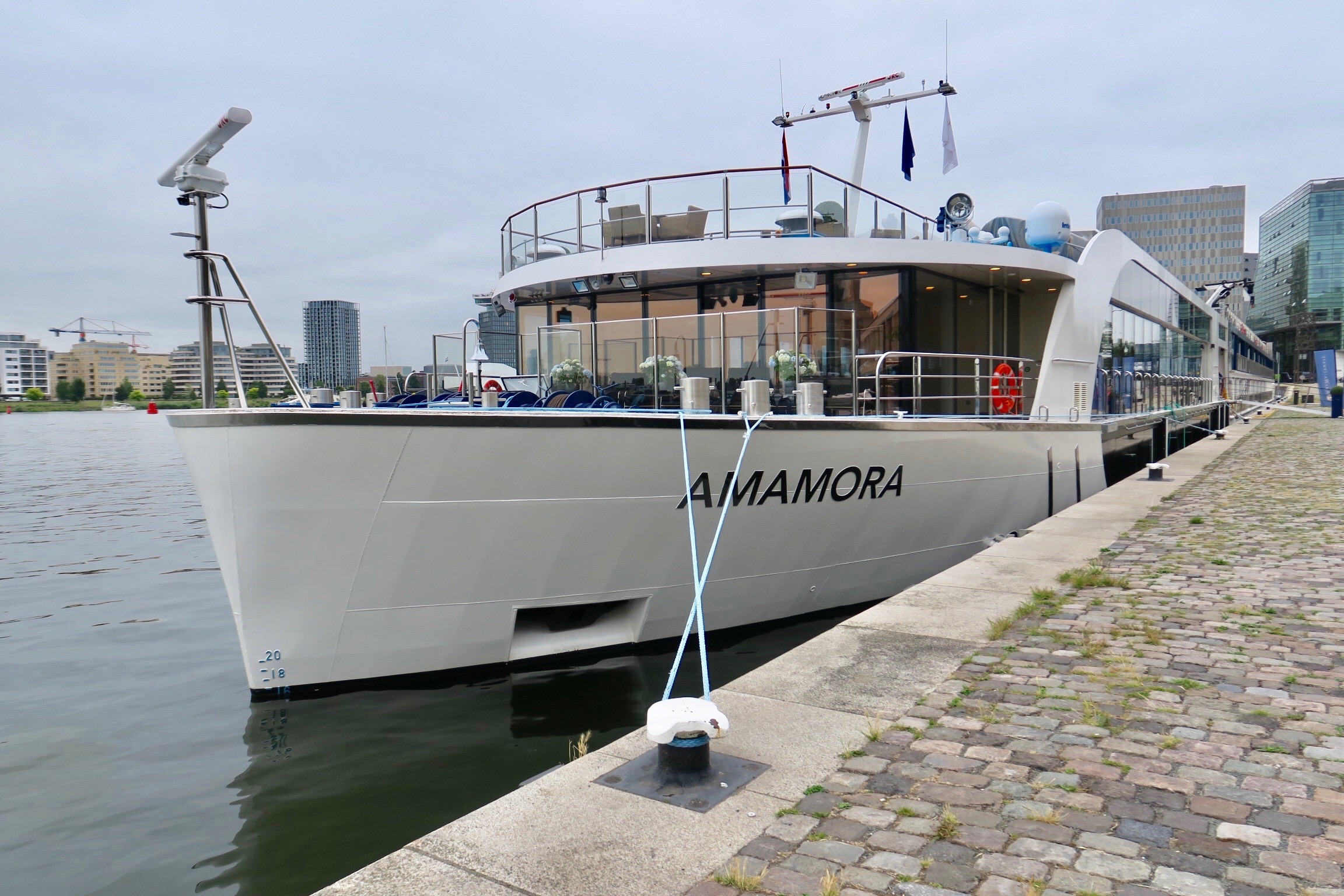 Both Rudi and Kristin said how AmaWaterways extended the European sailing season with wine cruises and Christmas markets. The cruise line’s average age is 61, though it is dropping year by year.

AmaWaterways includes drinks with meals and a ‘sip and sail’ cocktail hour in the fare – a situation that Rudi said pleased ’90 per cent’ of guests. Going all-inclusive could cause resentment among teetotallers and moderate drinkers that they were paying for something they were not using, he added.

Asked whether the line would ever expand into coastal or ocean voyages, Rudi said the only time they had considered it was for a ship in the Galapagos. He stressed: ‘We have no interest in coastal or ocean, we stick to river cruises.’