Video of the coin ceremony

A coin ceremony has been held for new P&O Cruises ship Iona, marking a major construction milestone ahead of its launch next year.

A bronze coin from the historic Iona Abbey and a slice of green marble from the Scottish island were placed under the block housing the bow thrusters before the whole unit was lowered on to them at the Papenburg shipyard in Germany. 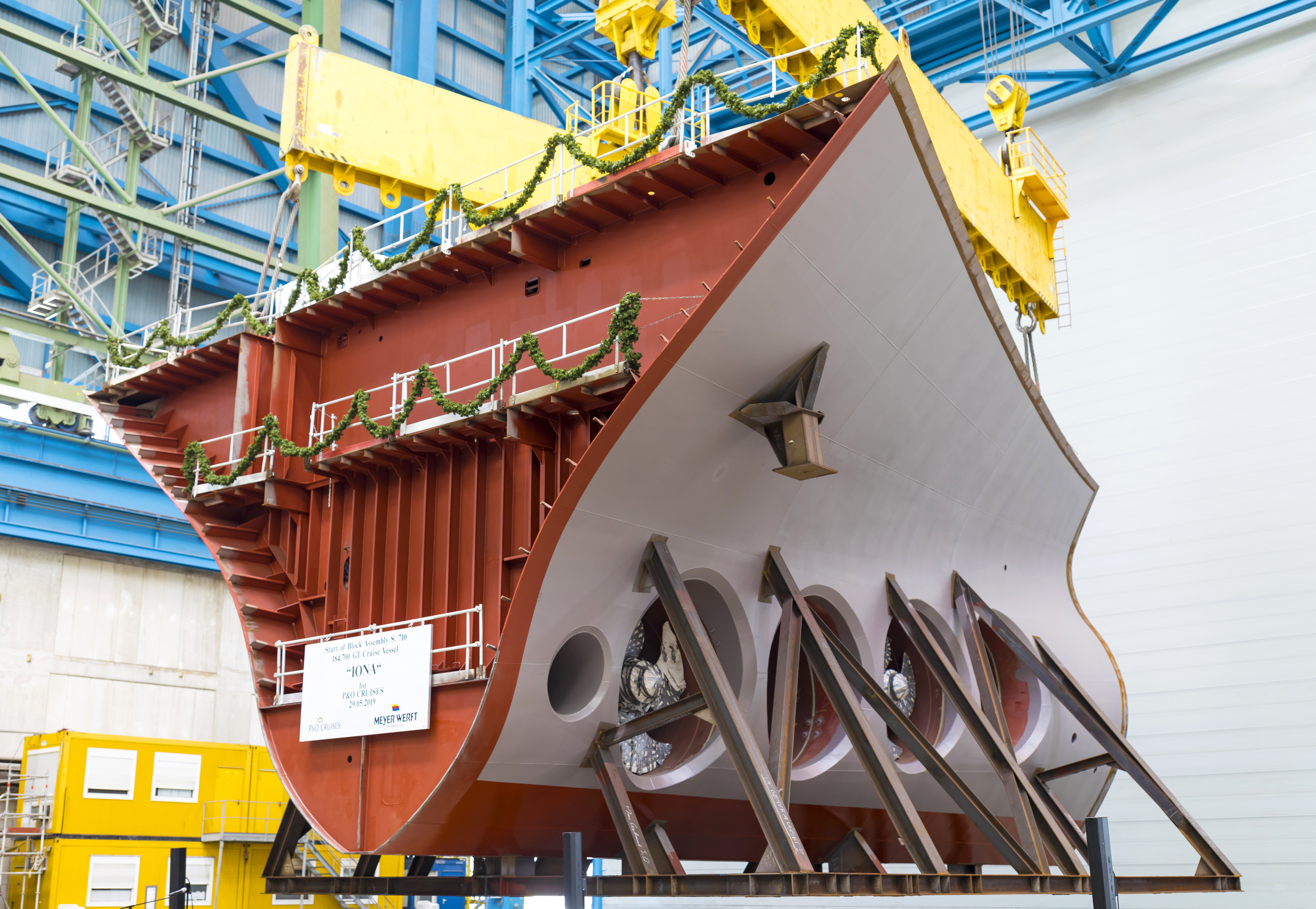 Taking a bow: The huge block that was lowered on to the coin (Picture: P&O Cruises)

P&O Cruises president Paul Ludlow said: ‘This was an auspicious occasion in Iona’s build. The coin-laying is a long-held shipbuilding tradition to bring good luck to the ship and its crew.

‘It is very special to think that a small part of the island of Iona will live within our own Iona. We hope that the qualities of beauty, heritage, pride, camaraderie, mutual support and loyalty from the island which attracted us to the name will be inherent in our ship, its crew and guests.’ 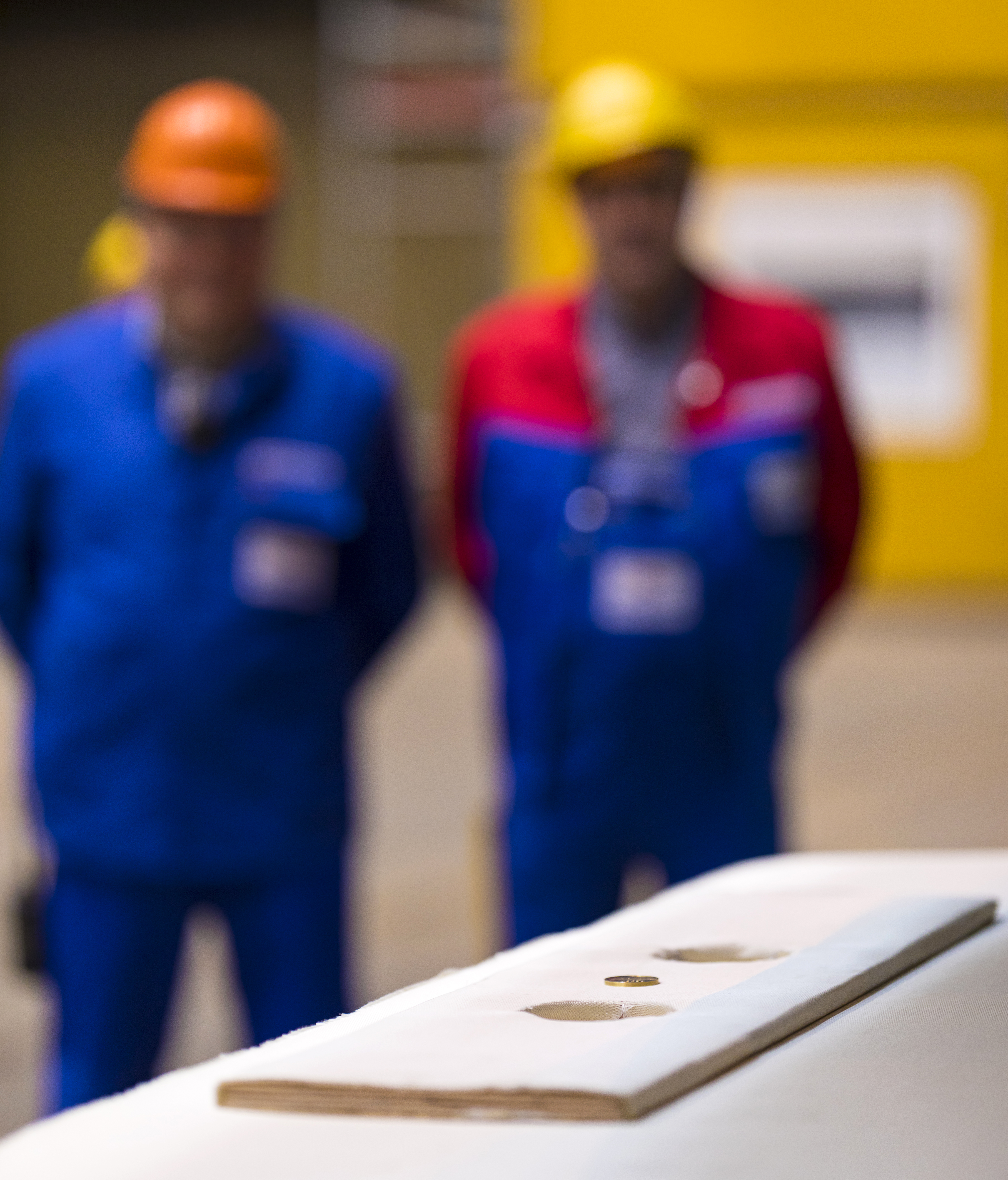 Change for the better: The coin in place (Picture: P&O Cruises)

Often, the coin ceremony is carried out at the same time as the keel-laying – the first major part of the construction of a ship.

However, with Iona, the 461-ton central steel block has already been constructed and ‘floated out’ on to water. While that is being outfitted, the bow and forward part of the ship will be constructed and the two welded together in August.

Video of the build so far

Iona, which measures 180,000 gross registered tons and will be powered by liquefied natural gas, will enter service in May 2020 and spend its maiden summer sailing seven-night cruises from Southampton to the Norwegian fjords.

Iona will retain formal nights and have its own gin distillery