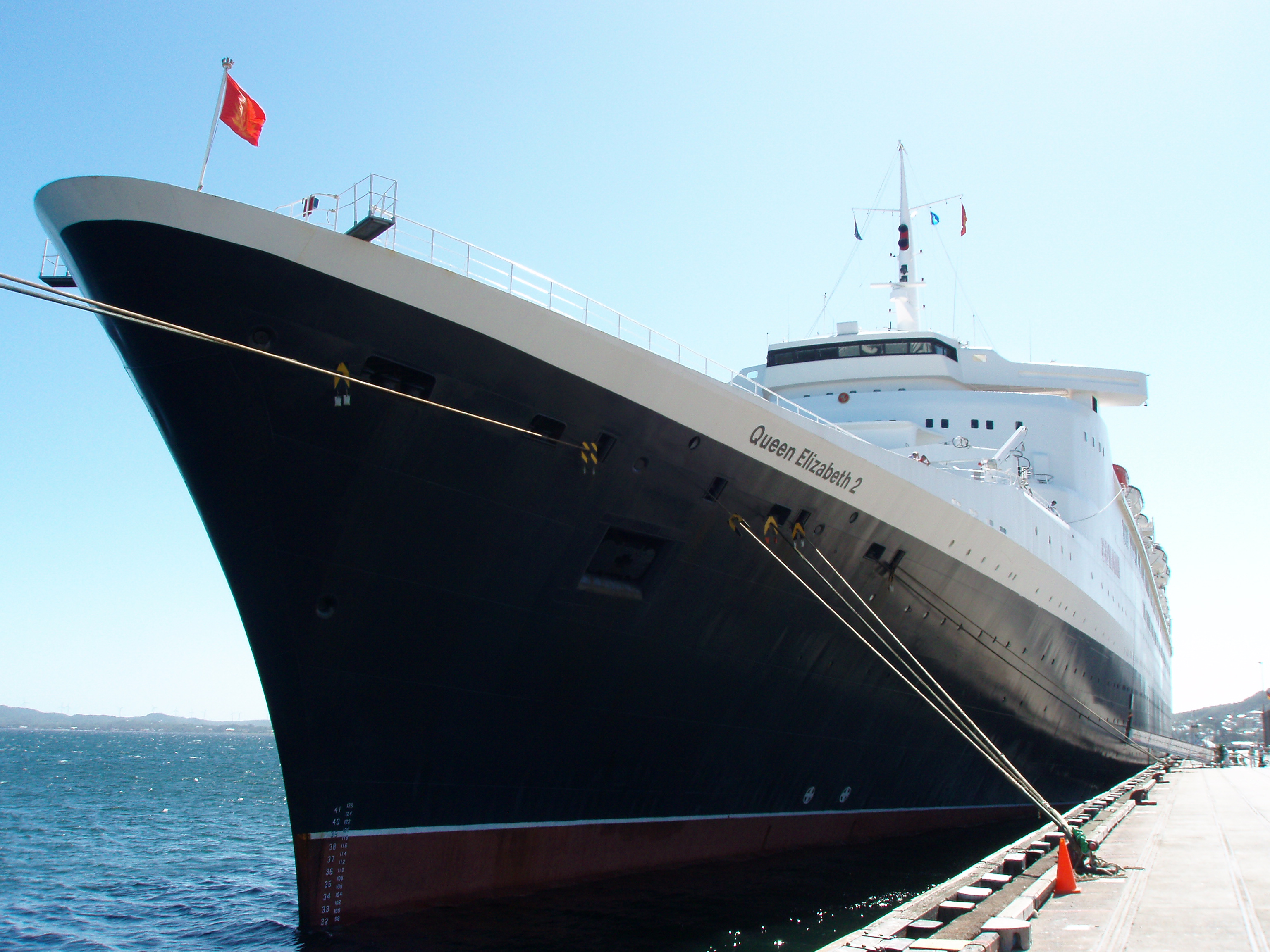 QE2 on her final world cruise in 2008 (Picture: Chris Frame and Rachelle Cross/Cunard)

Cunard’s Queen Elizabeth will set sail next month to mark the 50th anniversary of the company’s longest-serving ocean liner, QE2.

The ship will leave Southampton on Friday, September 8, on a 17-night itinerary including Venice and Corfu.

Angus Struthers, vice president of Cunard, said: ‘This Mediterranean cruise is perfectly timed to pay tribute to QE2’s launch and naming by HM Queen Elizabeth II 50 years ago. When QE2 came into service in the 1960s, many critics said she wouldn’t last a decade in the age of the jet but her unique design as a dual-purpose ship meant that she was versatile enough to operate both as a transatlantic liner and a cruise ship.’

He added: ‘Given how famous and loved she was, we felt this was a great opportunity to pay tribute to this Cunarder’s remarkable life on board our newest ship, Queen Elizabeth – herself designed to offer a perfect luxury cruise holiday.’

There will be five theme days with QE2-inspired menus, talks from special guests, historical snippets in the daily programme, past-passenger gatherings and QE2 quizzes.

Themes include Moving in Royal Circles, looking back on the bond between QE2 and the royal family; The Falklands, acknowledging the ship’s service as a troop ship in the 1982 conflict; Triumph of a Great Tradition, examining QE2’s career achievements and the history of Cunard ‘firsts’, and World Flagship marking 26 world cruises that made her an icon in cities across the globe.

Celebrations culminate on QE2 Day – September 20 – exactly 50 years after the ship was launched on the Clyde by the Queen. Events will include a QE2 ball and a historical retrospective of the ship’s service life to be hosted in Queen Elizabeth’s 850-seat Royal Court Theatre. 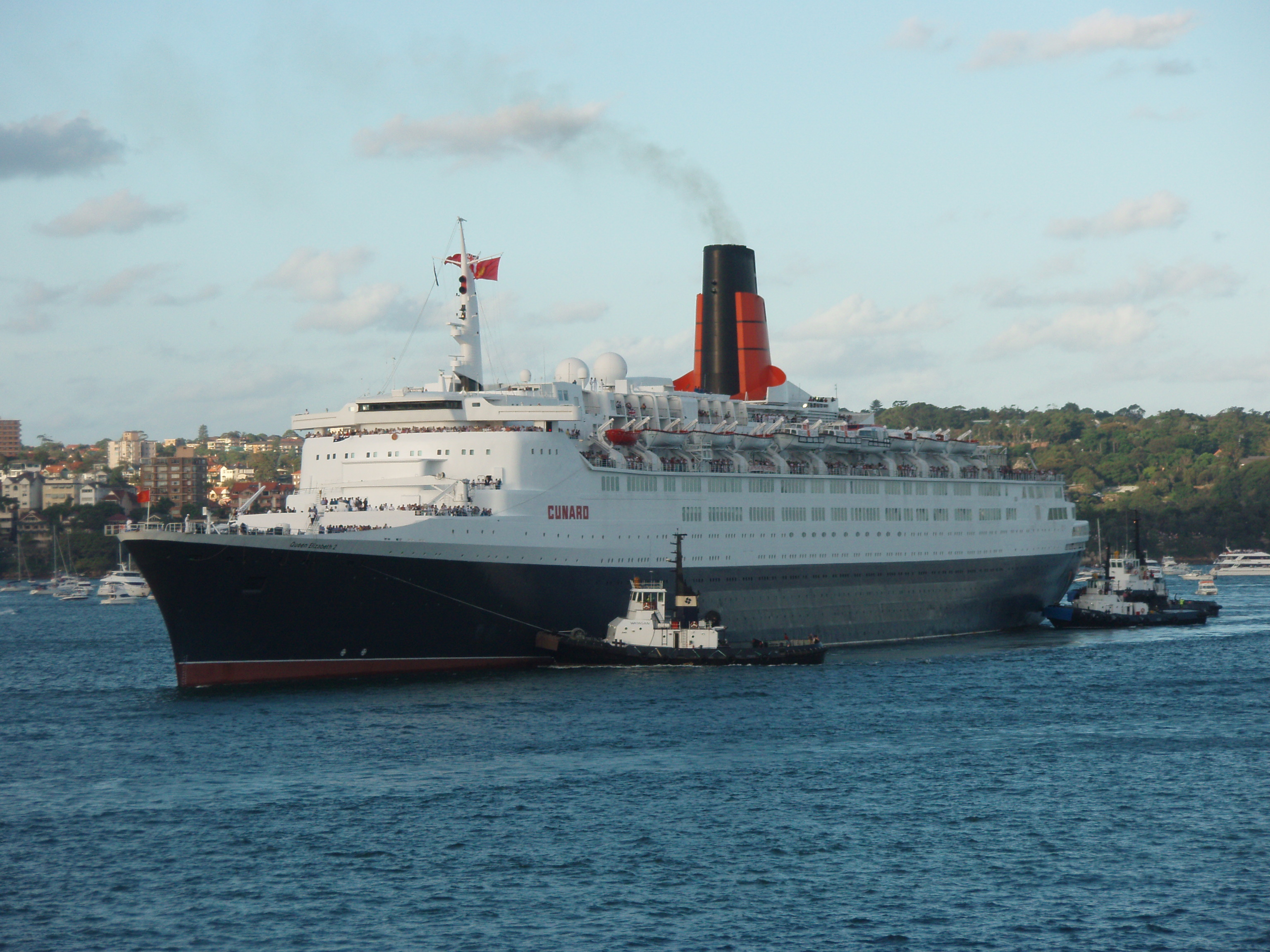 Among the guest speakers will be QE2’s last master, Captain Ian McNaught, who said: ‘This voyage is a significant and timely tribute to the world’s best-loved ship. QE2 remains the longest-serving express liner in history. She carried 2.5million passengers over 5.6million miles – that’s further than any passenger ship ever!

‘This remarkable ship sailed alone on the north Atlantic for most of her career. She carried the Cunard tradition from the bygone era of the ocean liner and sustained it into the 21st century. The QE2 carried royalty, celebrities and served in the Falklands War.’

He added: ‘What I remember most were the passengers, everyday people who saved up to experience life on board the world’s best-loved ship. Many came back time and time again. That is a tribute to the countless people who served as QE2’s crew, each one making the experience special and memorable. 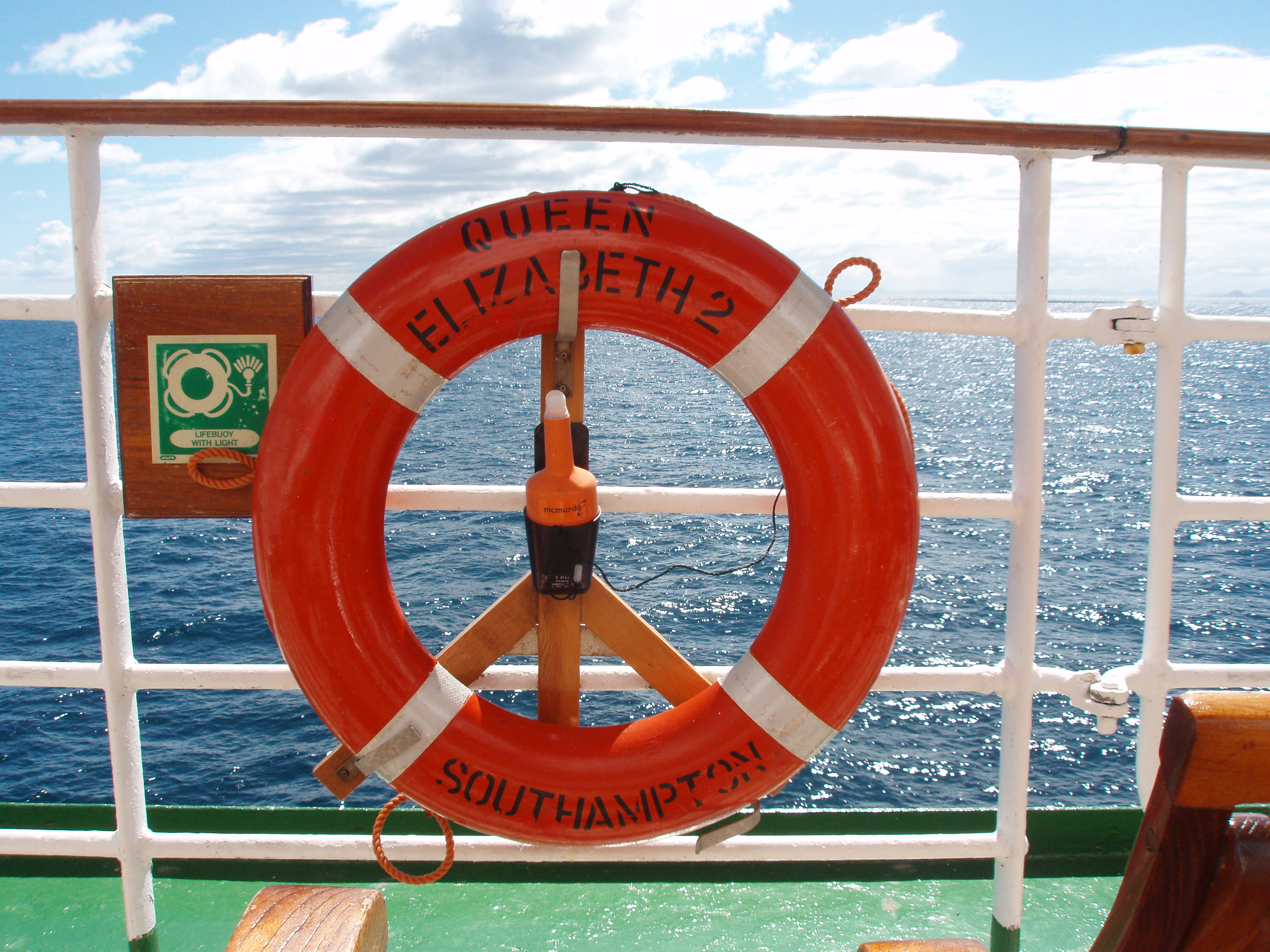 ‘QE2 has been gone for nearly a decade now, however on her 50th anniversary the memory of her is strong. It is very fitting to be acknowledging the QE2’s remarkable career here on board Queen Elizabeth.’

Other guests will include Commodore R W Warwick, who served as QE2’s captain for 13 years; QE2 social hostess Maureen Ryan, who was on board the original Cunard Queens as well as Queen Mary 2; and maritime historian Chris Frame, author of a series of books about QE2 and Cunard.

QE2 is now moored in Dubai.