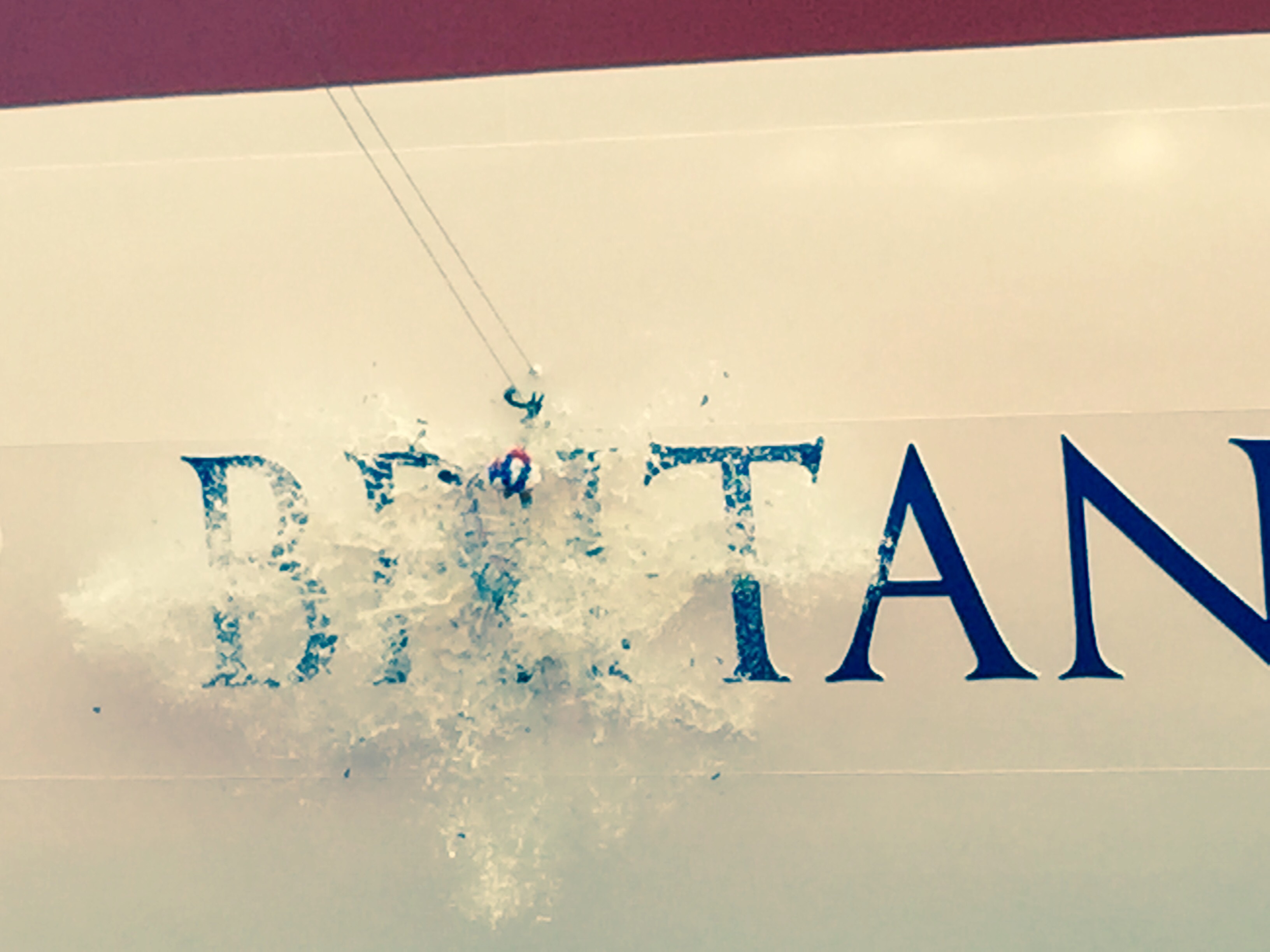 The moment the bottle hit the hull 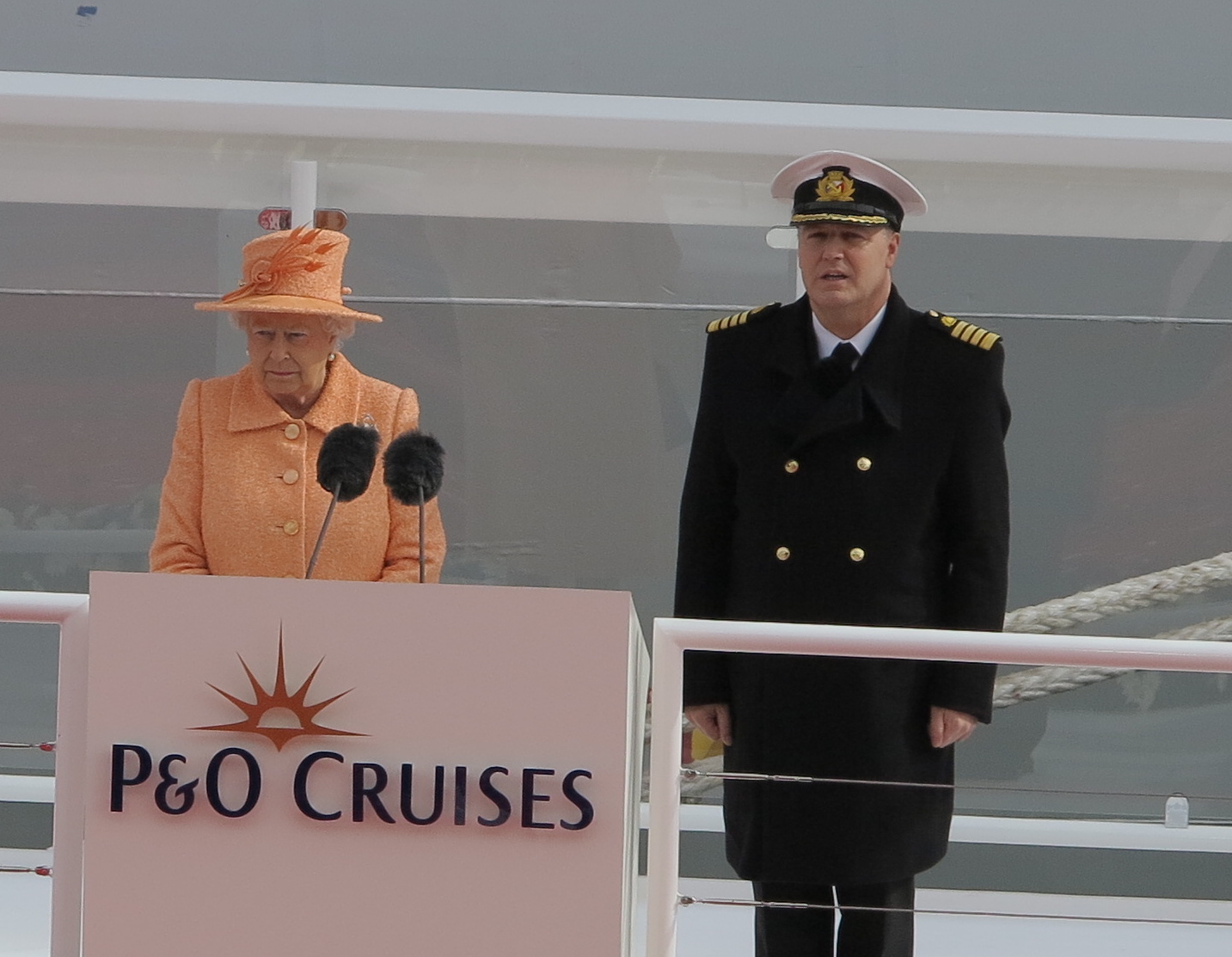 Lady who launches: The Queen ready to set the bottle on its way

The 88-year-old monarch, accompanied by her husband, the Duke of Edinburgh, declared: ‘I name this ship Britannia. May God bless her and all who sail in her.’ 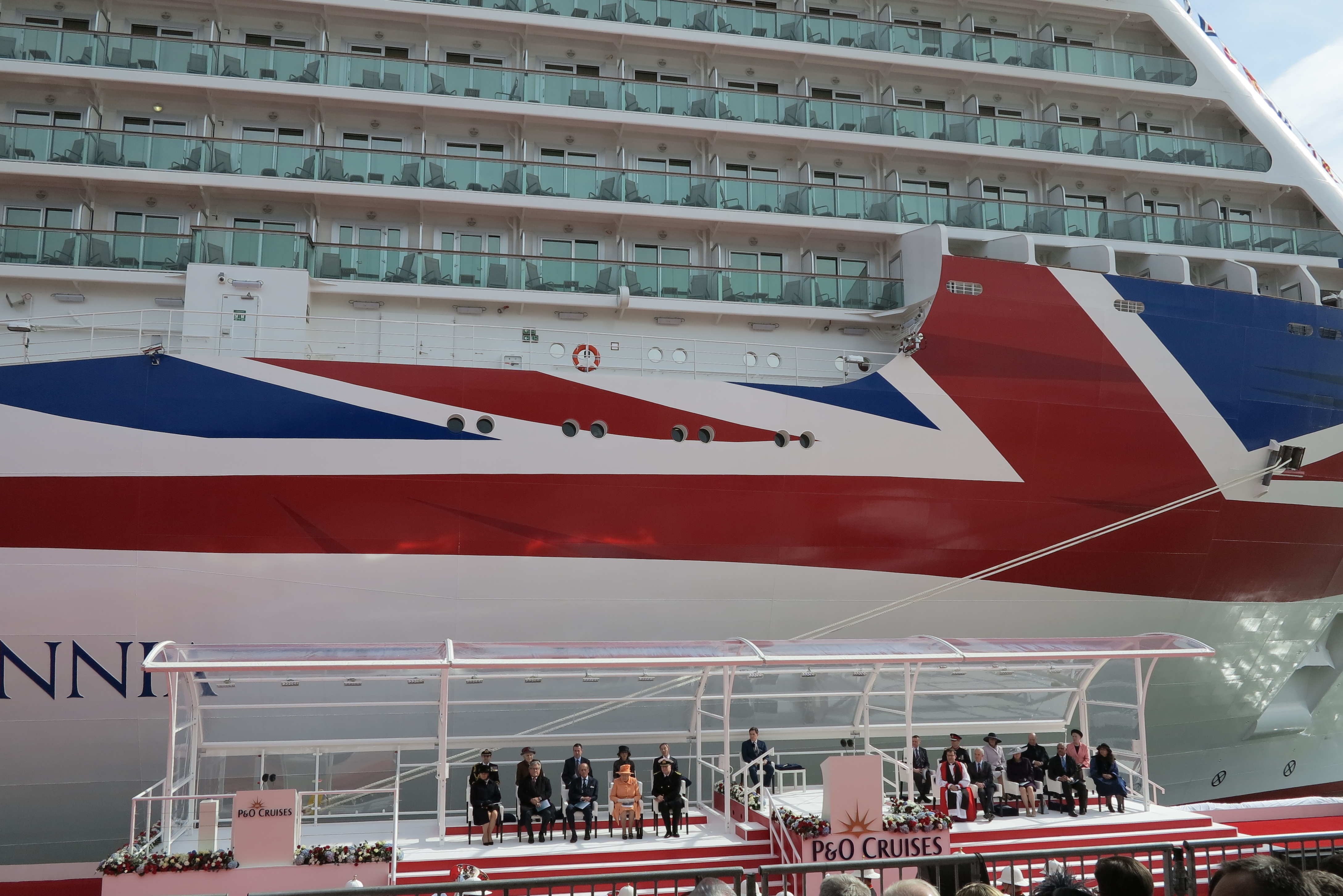 Scale: The Queen against the backdrop of Britannia

Host Rob Brydon declared it was ‘the biggest, the best ship in the history of the British cruise industry.’

However, there were also plenty of gently mocking jokes in the Welsh TV host’s speech, adding to the uniquely British feel to the day alongside marching bands, a bagpipe rock group and a performance by Strictly Come Dancing stars. 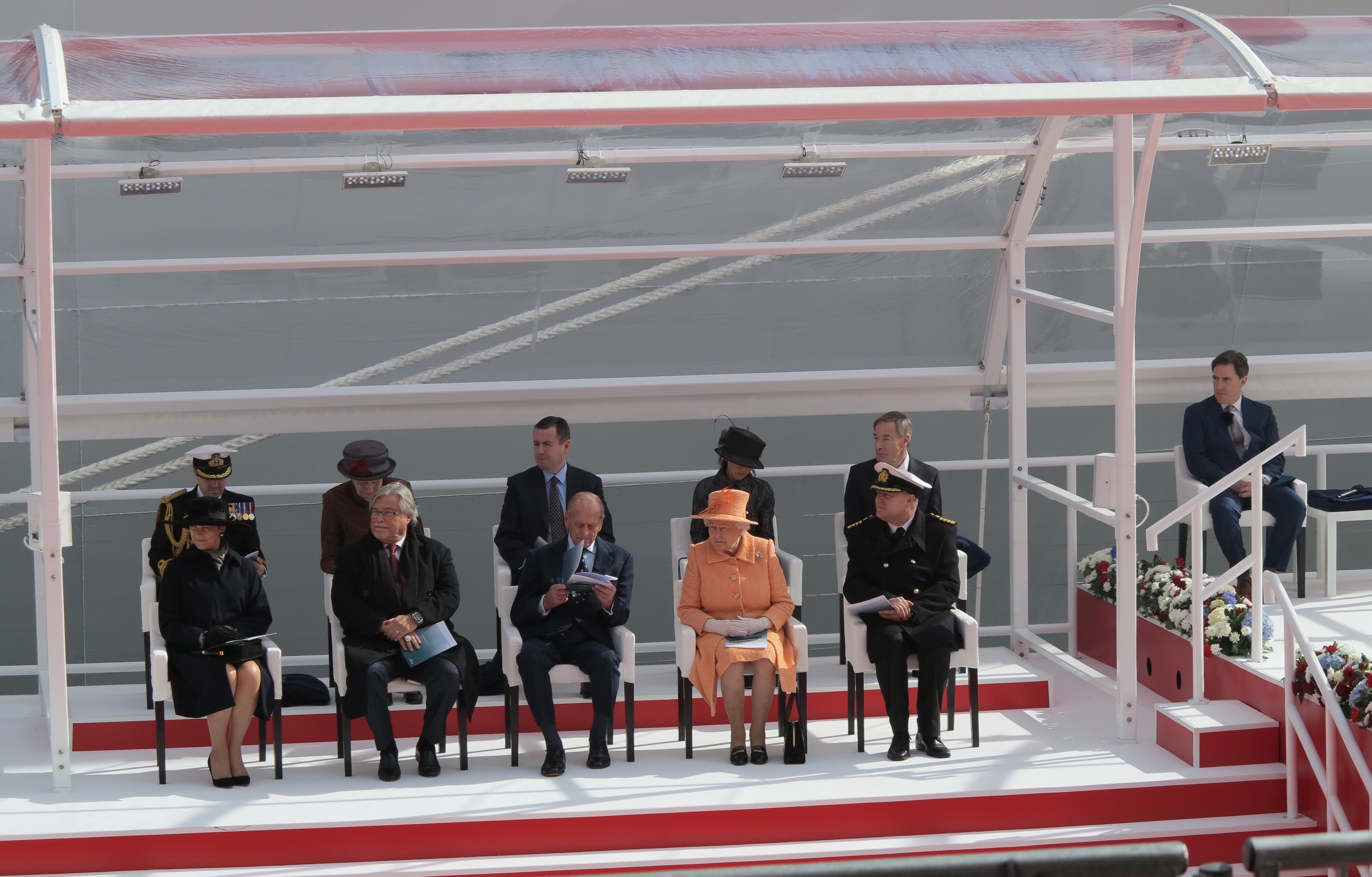 The Queen and the Duke of Edinburgh on the podium, watched by Rob Brydon (right) 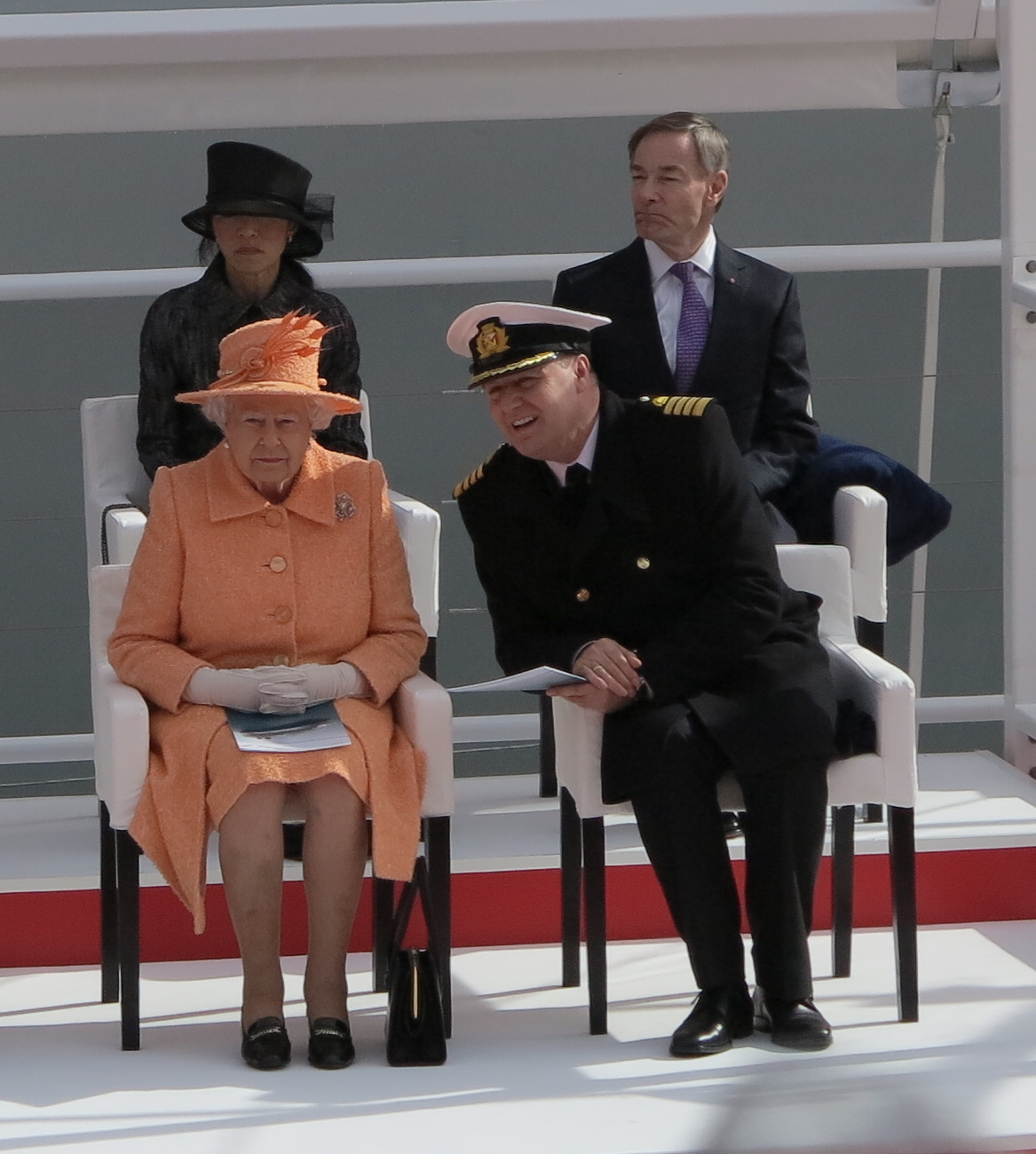 This is your captain speaking: Paul Brown chats to the Queen 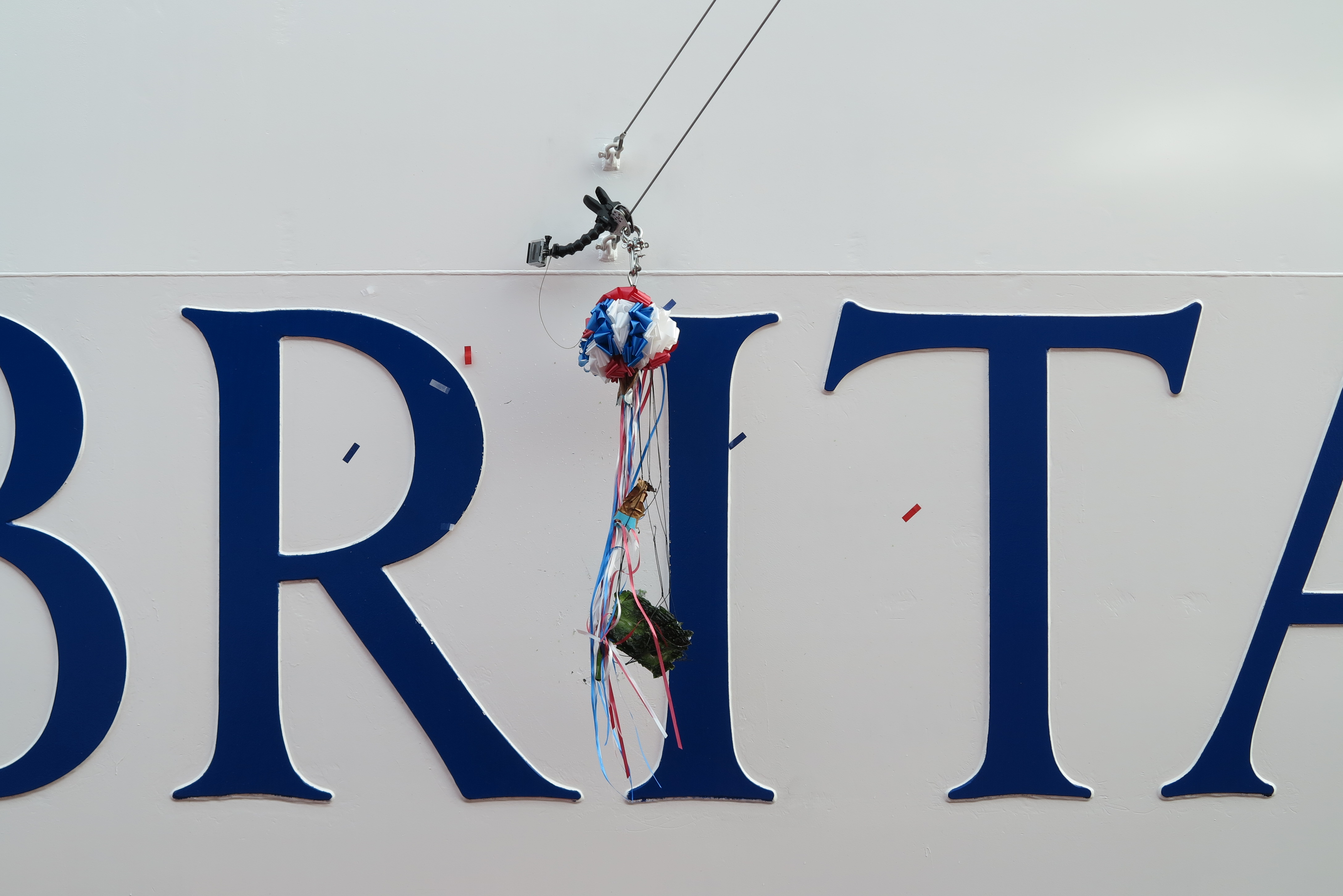 Job done: The remains of the bottle 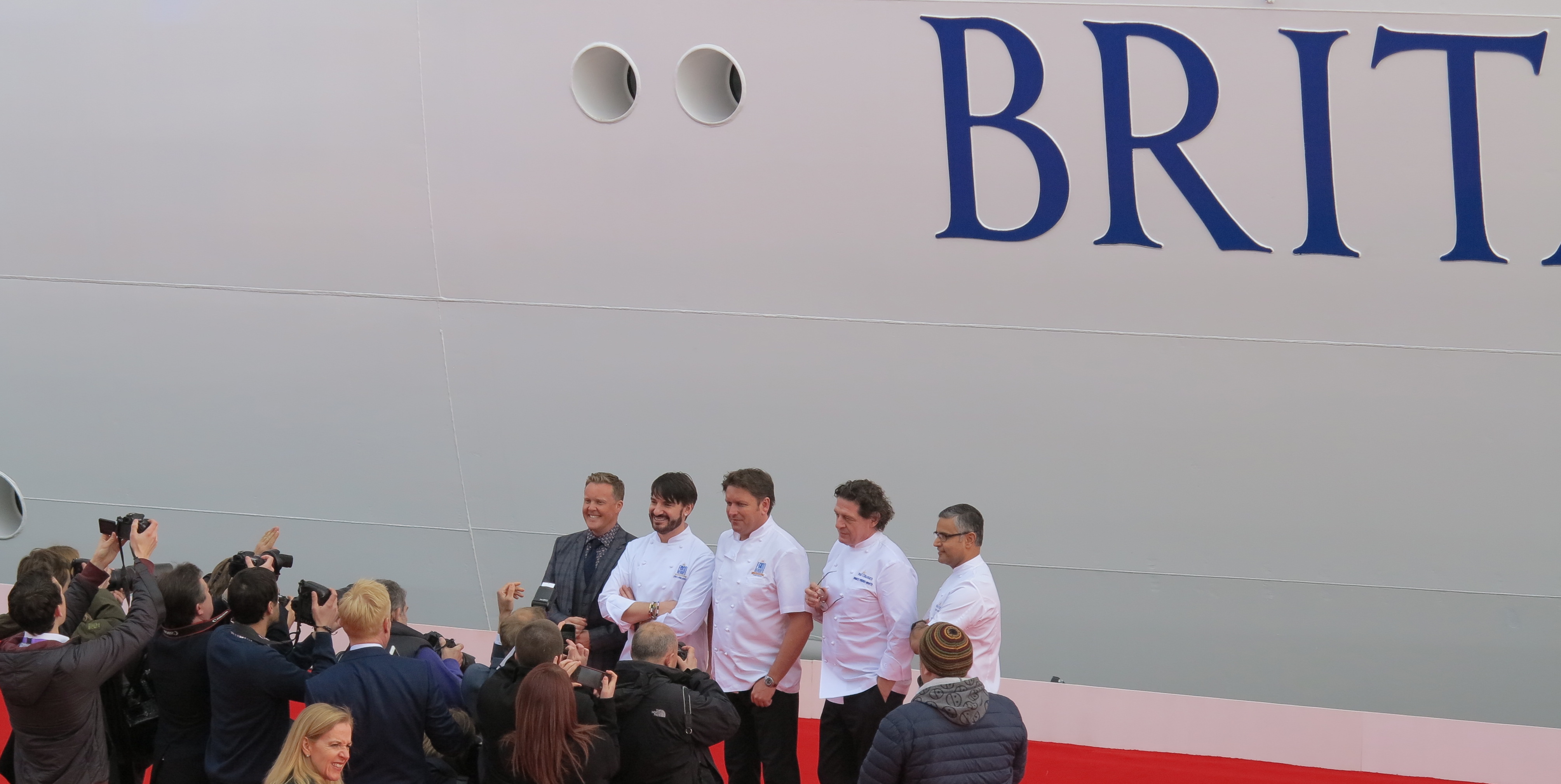 The christening of the 141,000-ton vessel in glorious spring sunshine followed a night of celebration including a gala dinner featuring dishes and wines from its five ‘food heroes’ – James Martin, Marco Pierre White, Atul Kochhar, Eric Lanlard and Olly Smith.

After a fireworks display, guests were entertained by a special performance from singer Michael Ball. 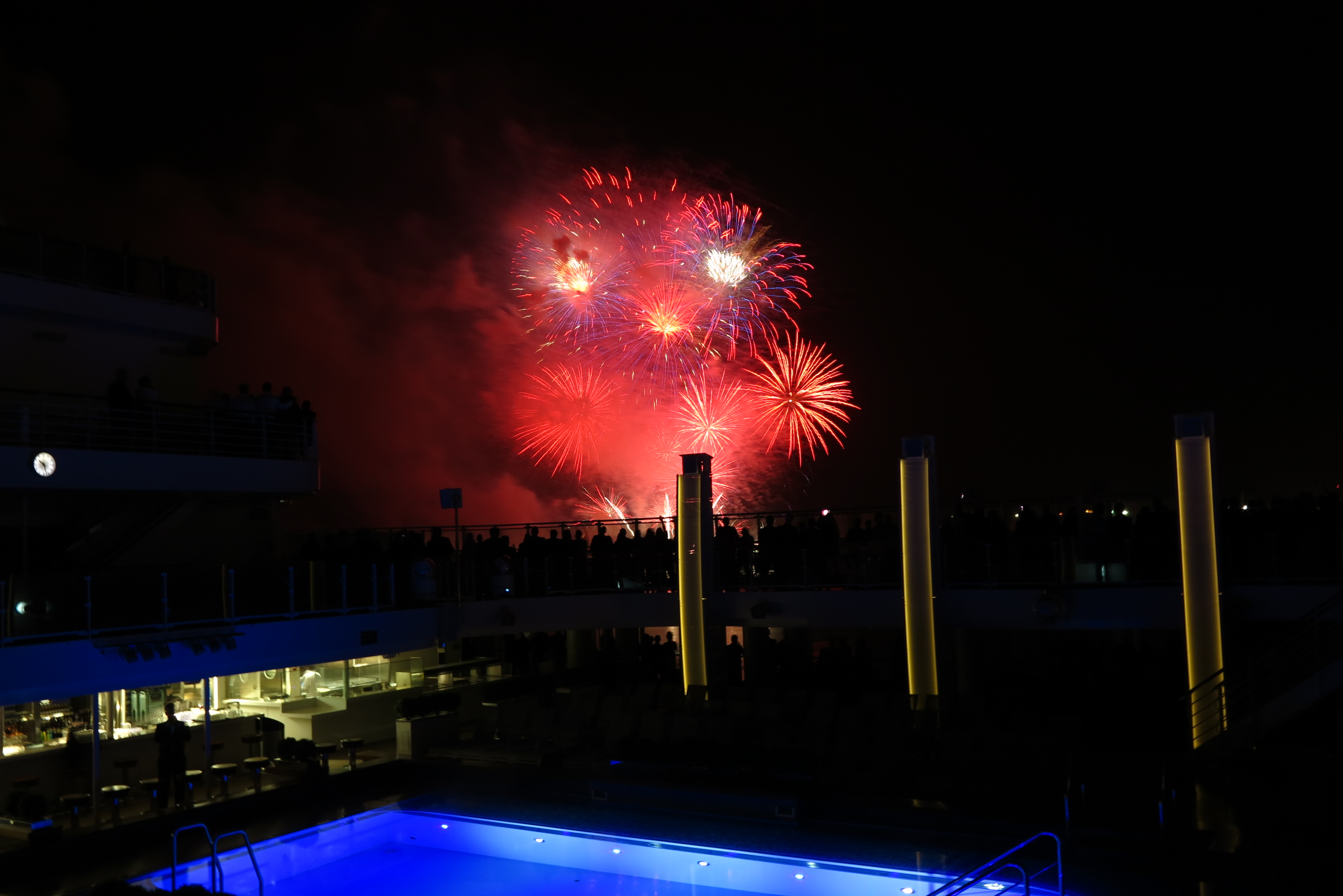 Britannia, which cost £473million to build in Italy, was described as symbolising a ‘new spirit of Britain’ by Carnival UK chairman David Dingle. ‘Over the last few years this country has changed and gained a new confidence,’ he said. ‘It really is OK to say your brand is British.’ 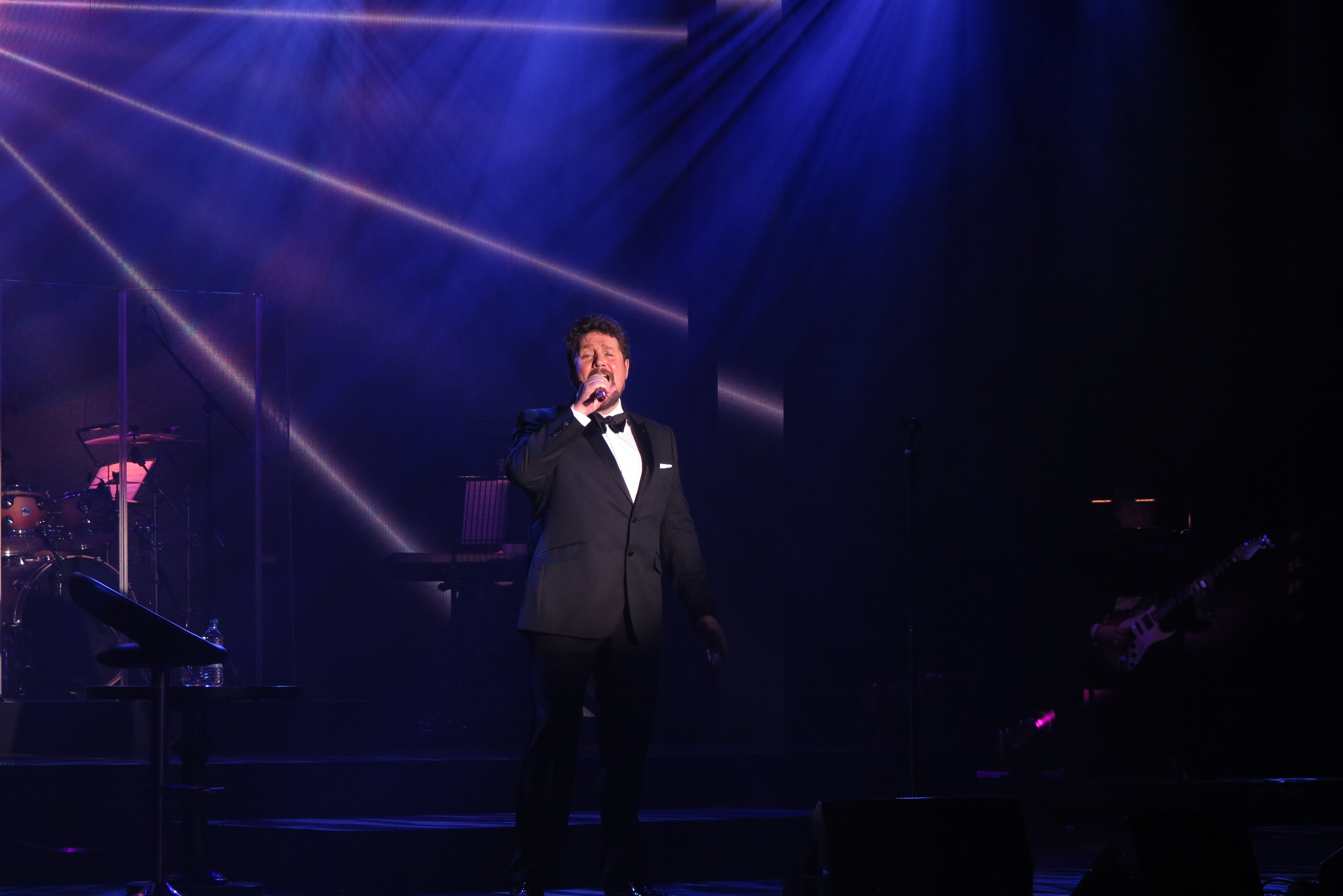 The ship’s 15 passenger decks contain 13 bars and 13 places to eat. There are nine places of entertainment and a £1million art collection. Its power could supply a city of 70,000 people.

Every day the ship can produce 1,500 tons of drinkable water from the sea using heat from its diesel generators.

Next month Britannia will be joined in its home port of Southampton by rival Royal Caribbean ship Anthem of the Seas but Mr Dingle insisted the two would ‘co-exist quite happily together’ as they appeal to different markets.