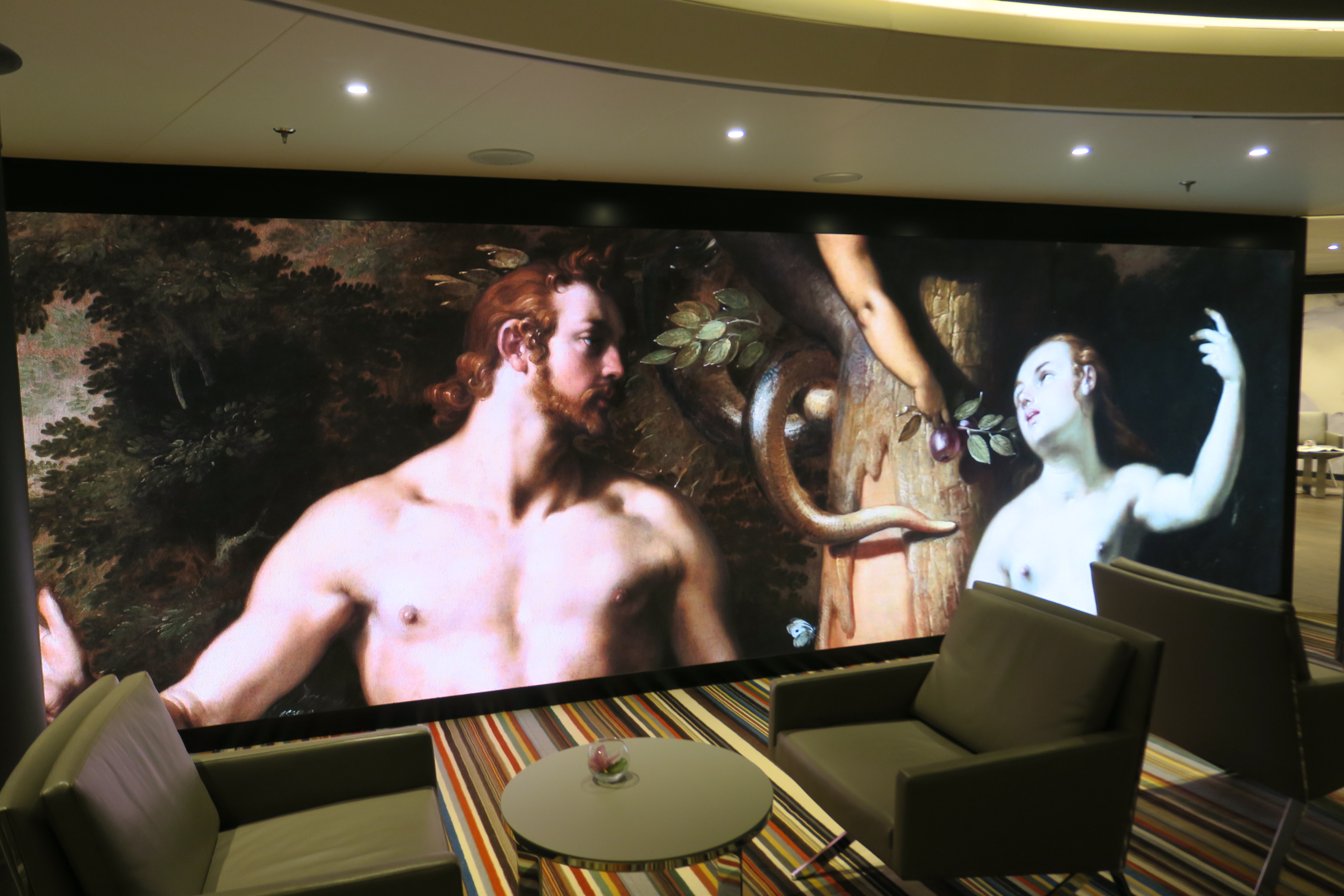 The ship, launched in 2004, now boasts the first Rijksmuseum at sea, allowing guests to see masterpieces from the Amsterdam museum in high-resolution LED displays in the atrium. 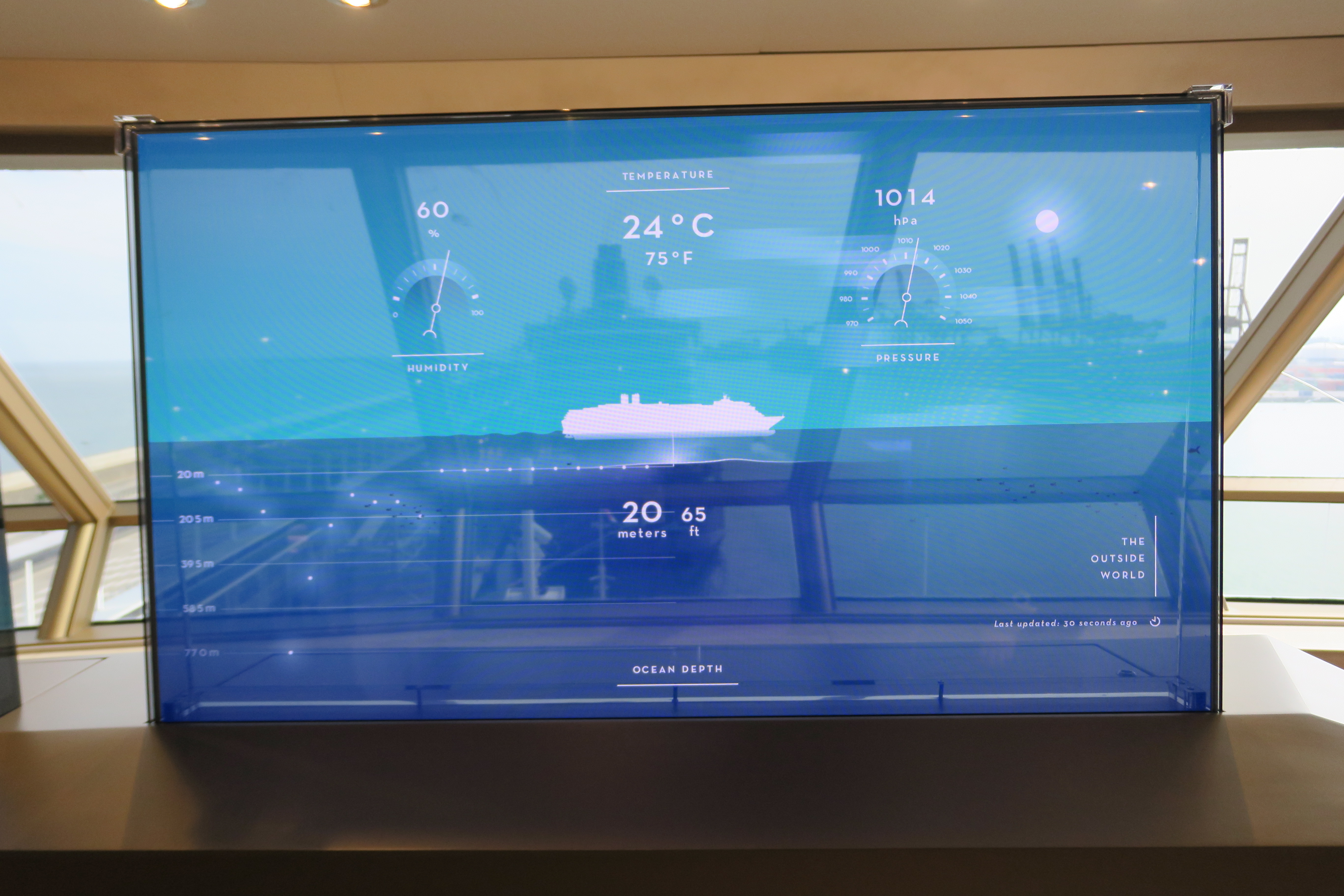 Be the captain: Part of the virtual bridge

The virtual bridge – where passengers can see a real-time display of some of the information that is being screened to the captain – is part of the new Explorations Central, or EXC, in the Crow’s Nest. 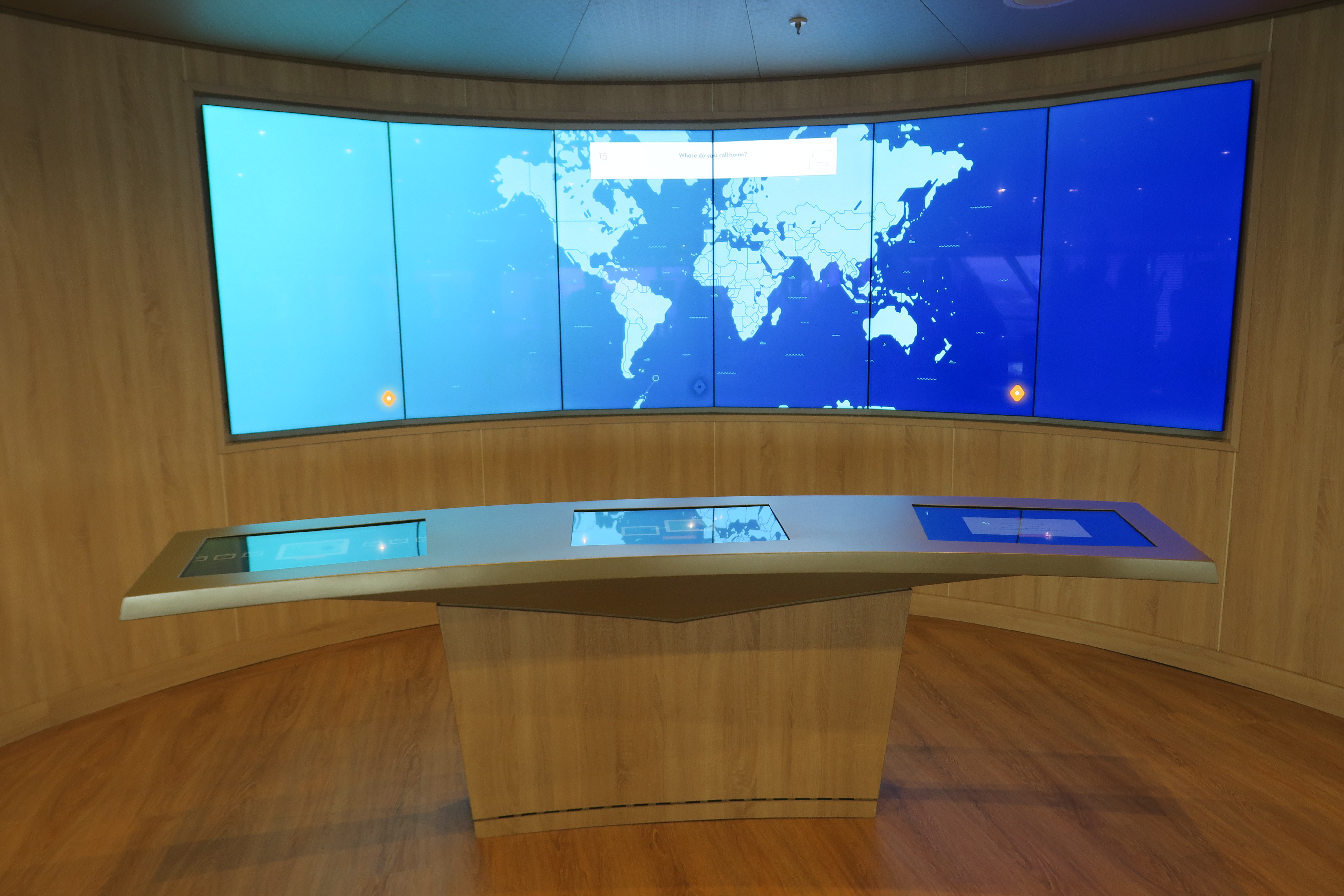 The buzzing Gallery Bar replaces the Northern Lights nightclub, America’s Test Kitchen has been given a new look and 25 staterooms have been added to deck ten, increasing the passenger capacity to 1,964.

The changes, made during a 12-day dry dock in Italy in April, were shown to media and travel agents in Barcelona last night. 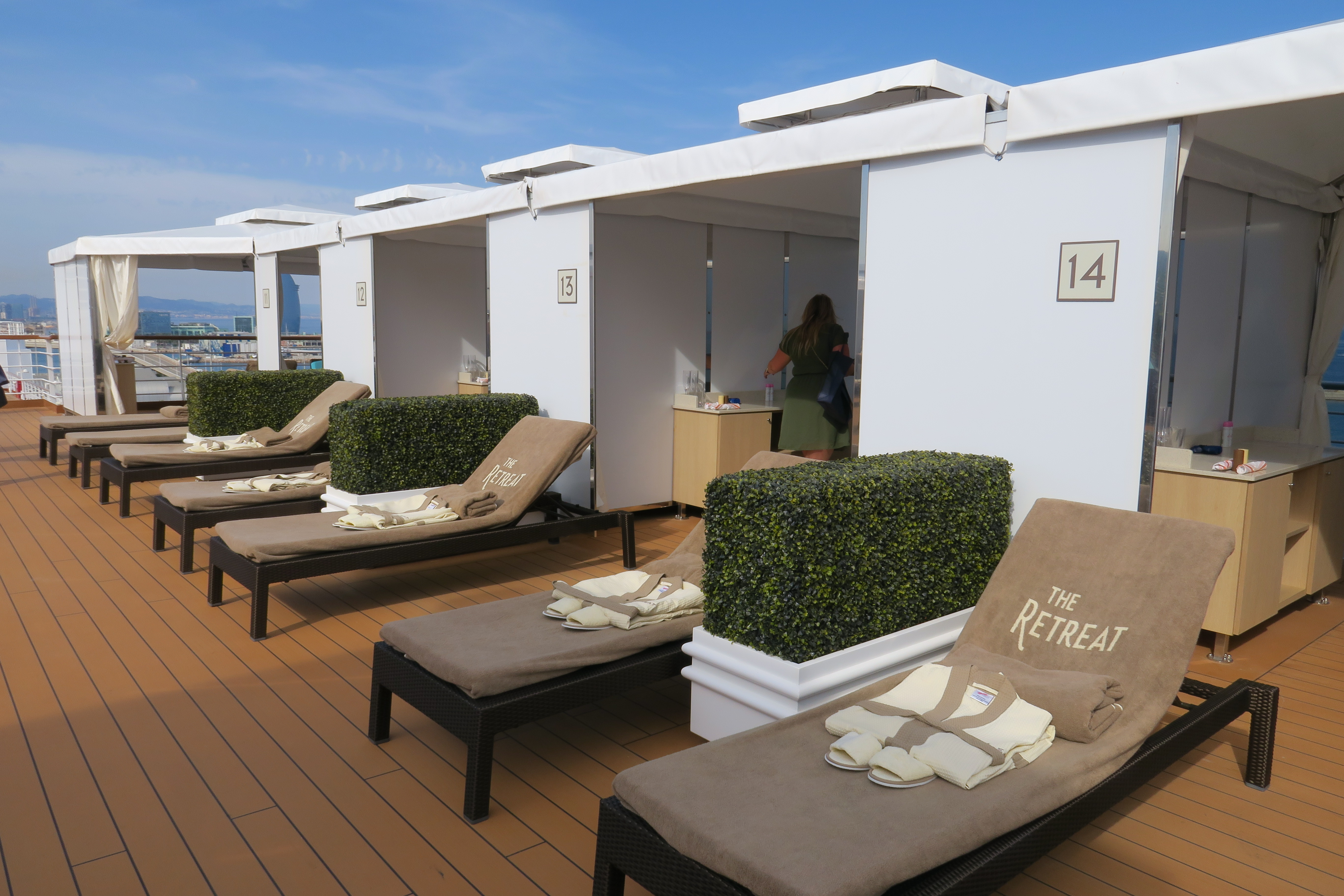 As part of the refit, The Retreat has been moved from deck ten to deck 11 with 15 private cabanas and the Lido buffet has been transformed into the Lido Market with different themed stations such as breads, salads and desserts. In the evening the tables are laid with placemats, glasses and cutlery.

Suites have been upgraded with new carpets and curtains, bedside LED lights and designer glass tiles in the bathrooms.

In a presentation, HAL UK managing director Lynn Narraway said EXC was ‘designed to offer our guests an innovative way of learning about the destinations they’re going to, and to make their travel experience more engaging.’

As well as the virtual bridge there are interactive displays and shore excursion staff to help make the most of passengers’ time in ports. Around the ship, a new interactive TV system lets guests check the daily programme and information about restaurants and spa services. 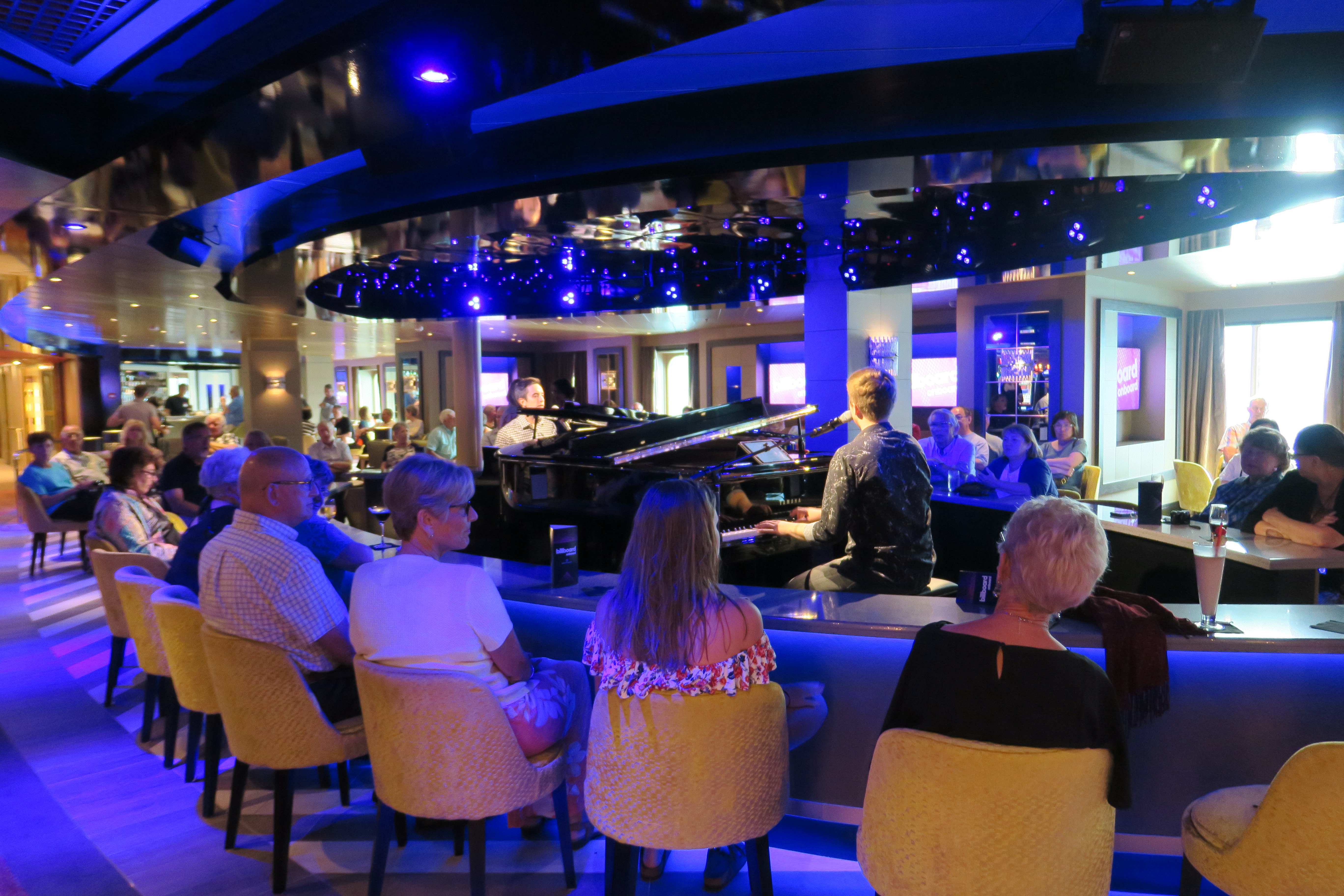 Two pianists play in Billboard Onboard

The $60million overhaul of Westerdam is part of a $300million programme over three years to upgrade Holland America’s fleet of 14 mid-size ships, inspired by the arrival of Koningsdam in 2015. Next year will see the arrival of Nieuw Statendam followed by a yet-unnamed ship in 2021.

The cruise line calls at more than 400 ports in over 100 countries. 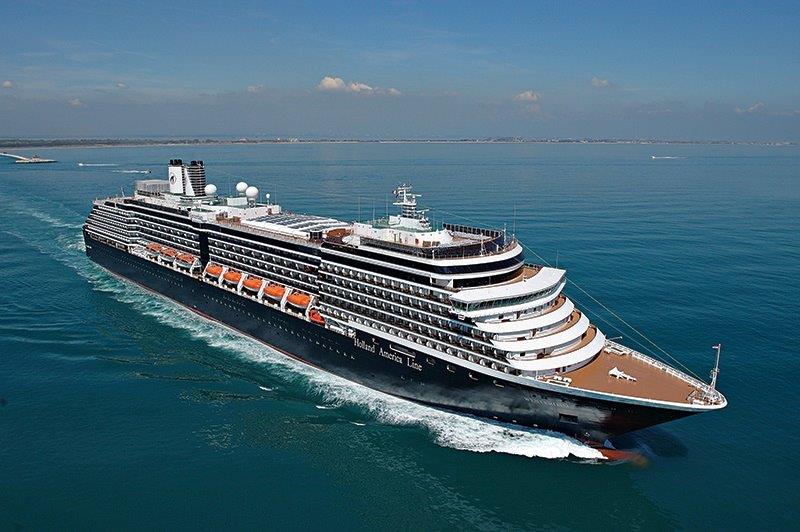 Dave Monk (Shipmonk) has been shortlisted as best blogger in the Cruise International Awards 2017. To vote, please click here.