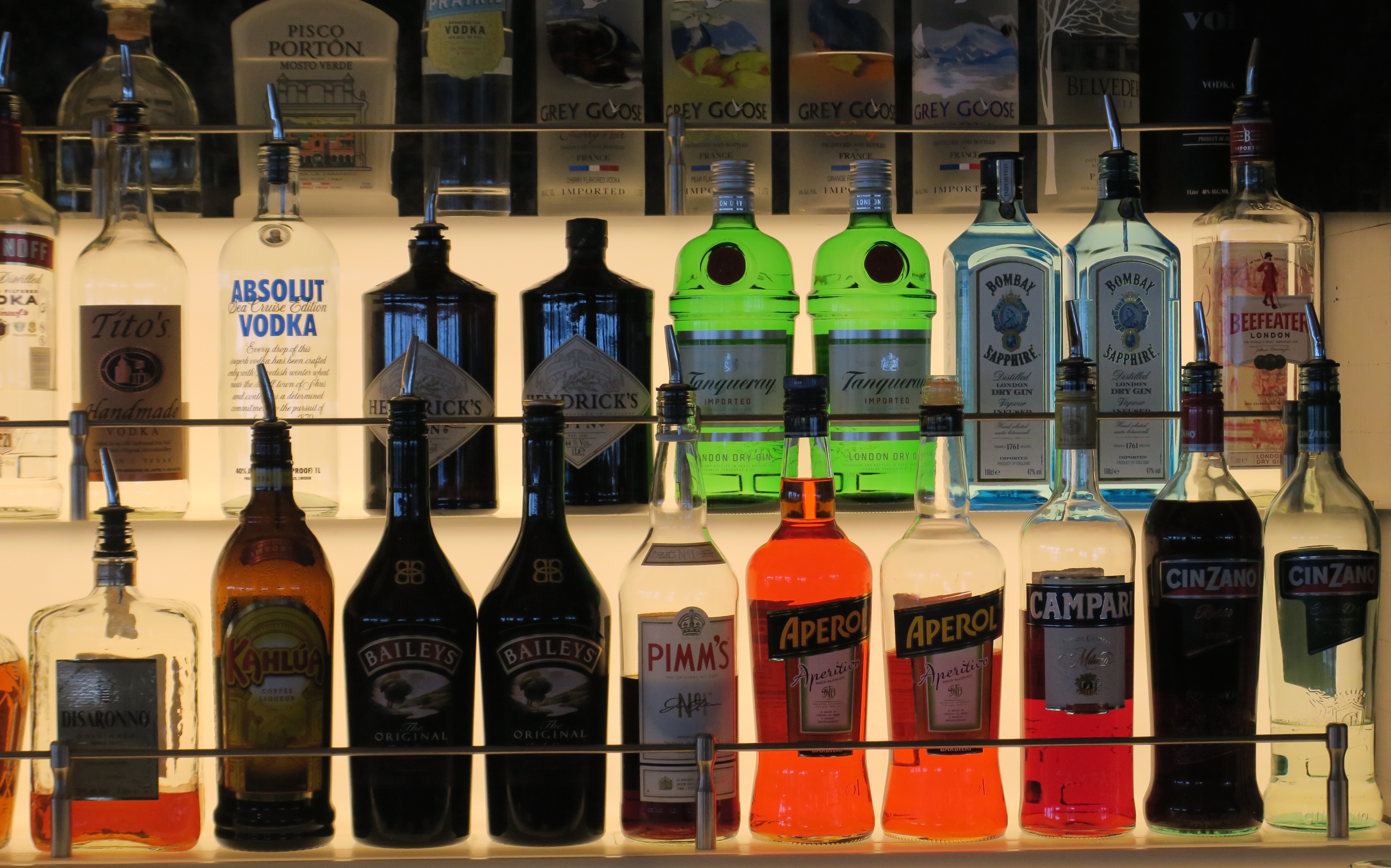 On the house: Drinks in a bar on Norwegian Jade. Not all brands are included in the package.

Addressing journalists on the newly refurbished Norwegian Jade, Mr Böll admitted prices had risen ‘a little bit’ to take the extras into account. But he said the strategy to attract customers away from land-based all-inclusive holidays appeared to be working. 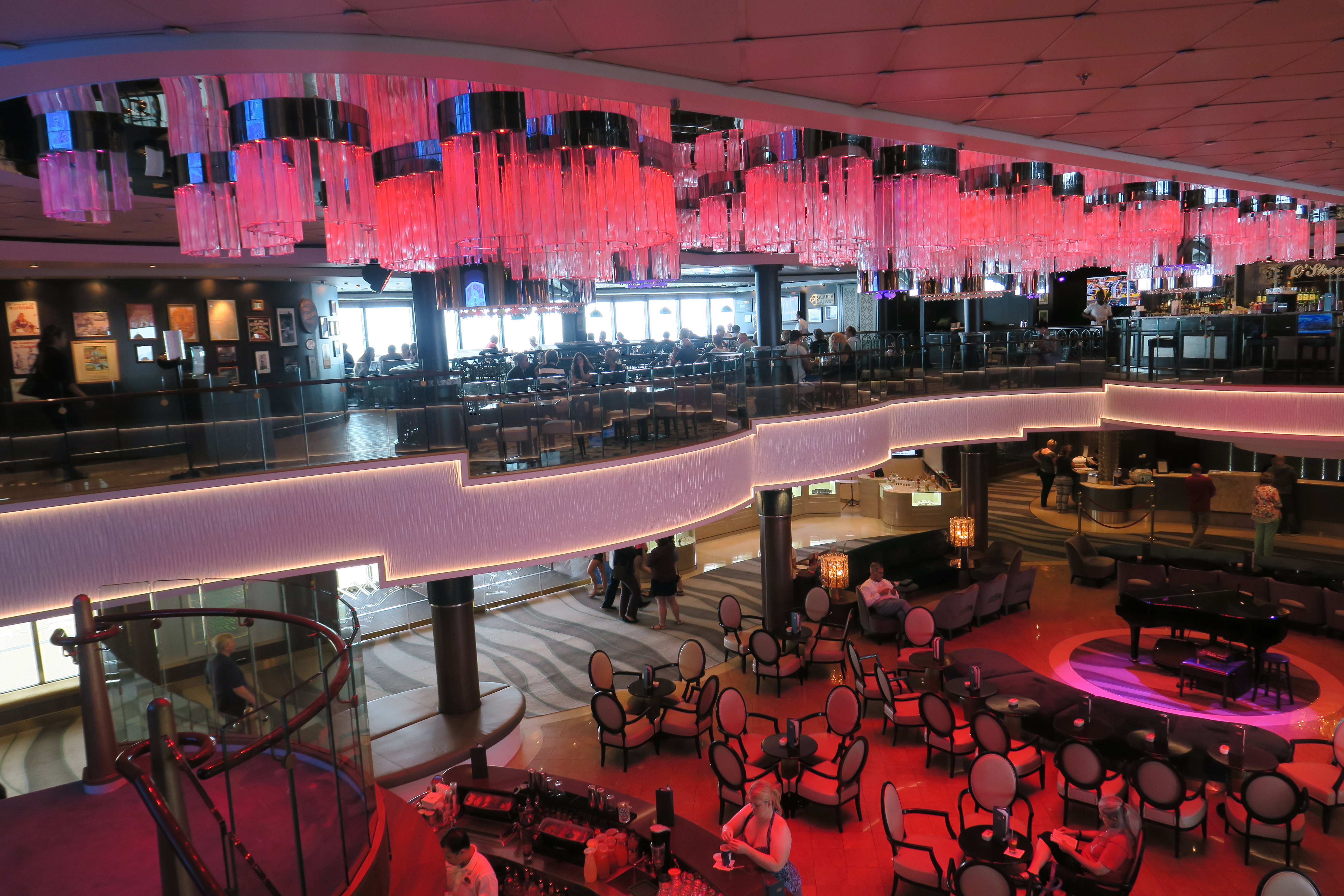 Calming: The large chandelier changes colour in the atrium on Norwegian Jade

Britons and most other European customers can now book a cruise anywhere in the world with NCL and enjoy unlimited alcoholic drinks under $15 each as part of their deal. Also included are soft drinks and bottled water, service charges and gratuities, and selected speciality coffees with meals – a package said to be worth $1,400 per stateroom a week. 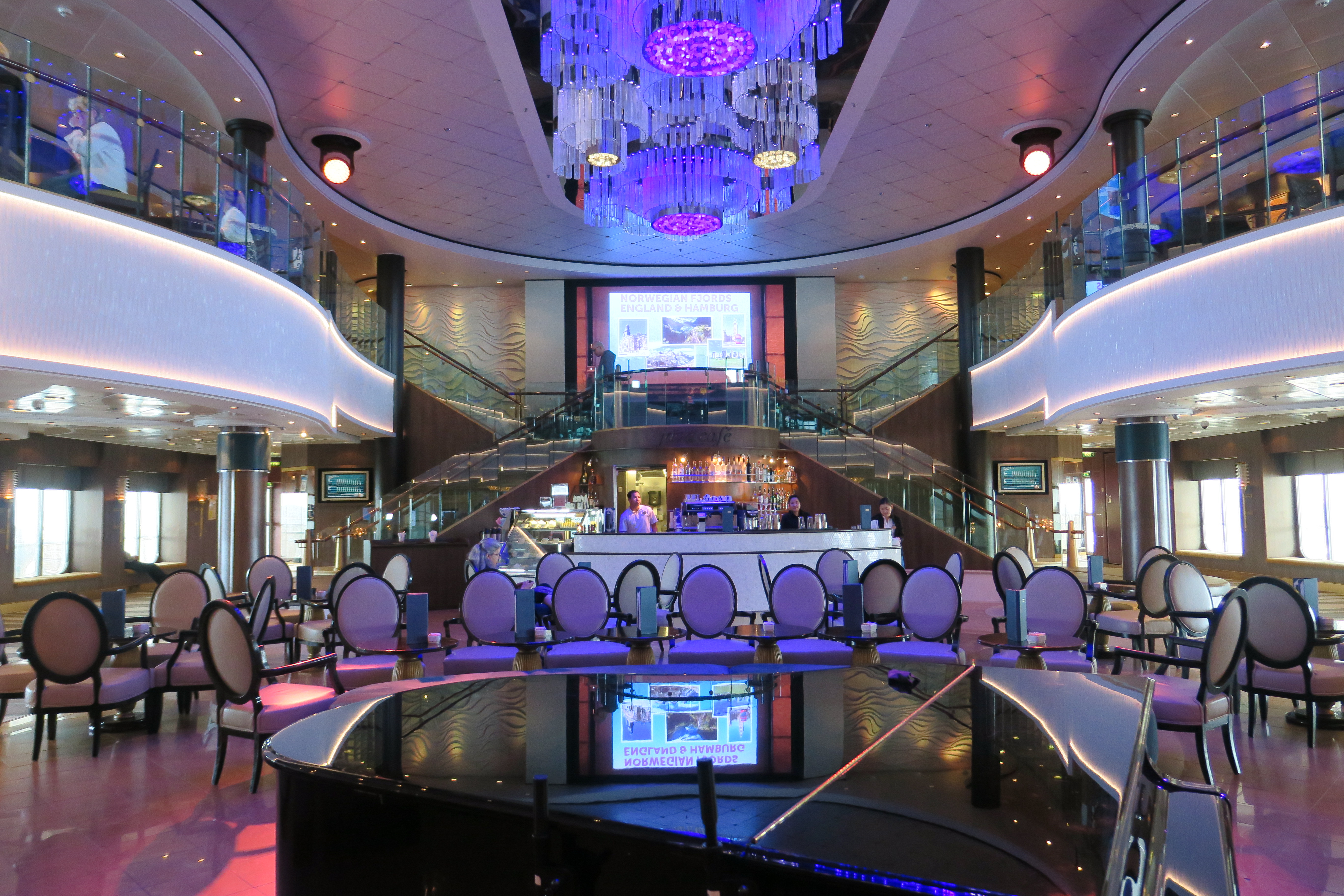 Muted: The atrium has done away with the old Hawaiian decor

Mr Böll said including gratuities meant passengers ‘don’t have to worry about who to tip and how much to give’. And allowing customers to drink as much as they want has not led to more drunkenness since the package was introduced in April. One of the most popular results of the change has been bottles of water in staterooms being replaced daily free of charge.

Nick Wilkinson, the director of business development in the UK for NCL, said the all-inclusive prices would ‘remove barriers’ to people booking cruises. 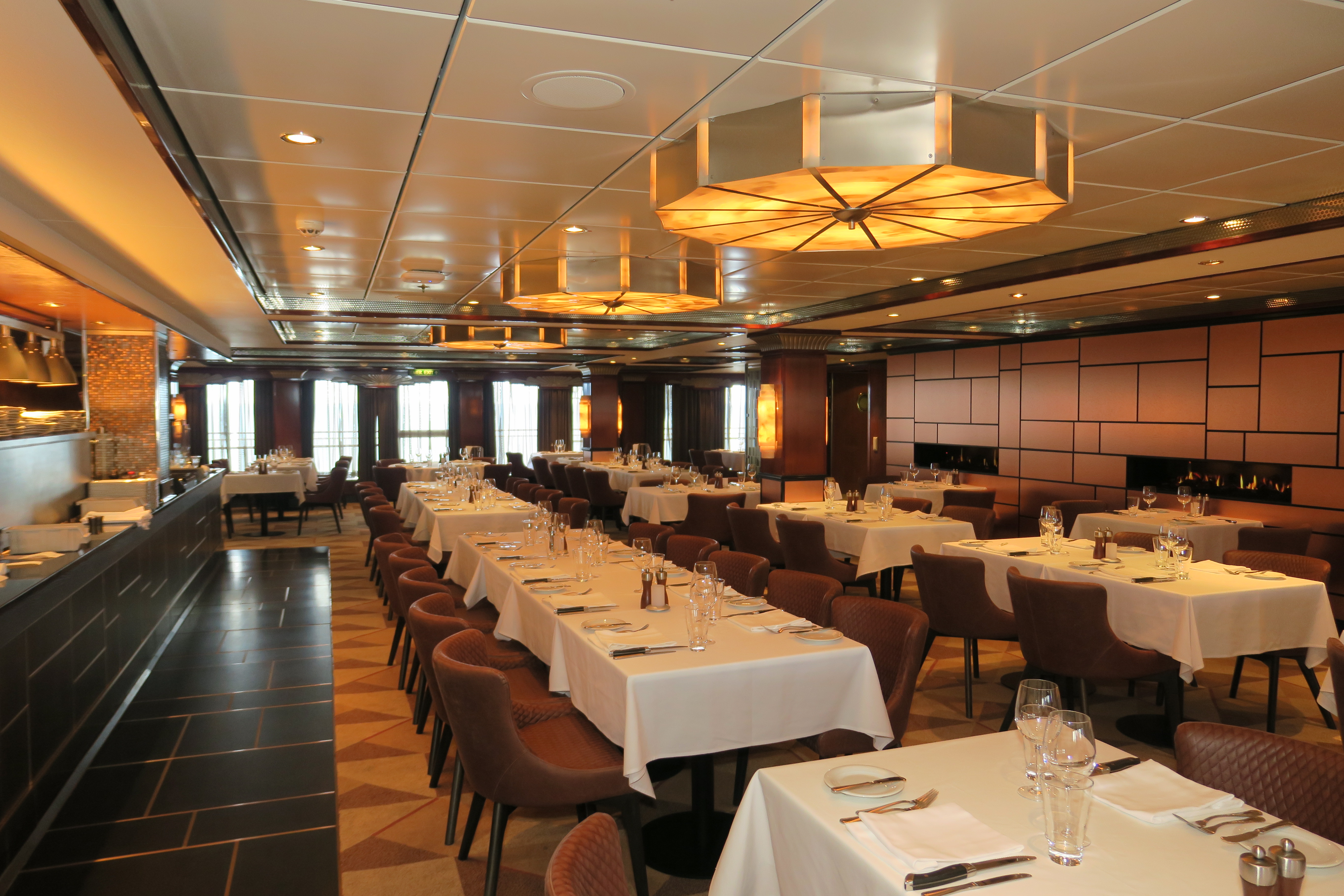 Everything at steak: Cagney’s has a fresh new look

Tipping is a hot topic among British customers with many preferring to remove charges added by cruise lines and rewarding individual staff instead. The NCL system for North American customers, where the culture is different, will remain unchanged for both gratuities and drinks packages. 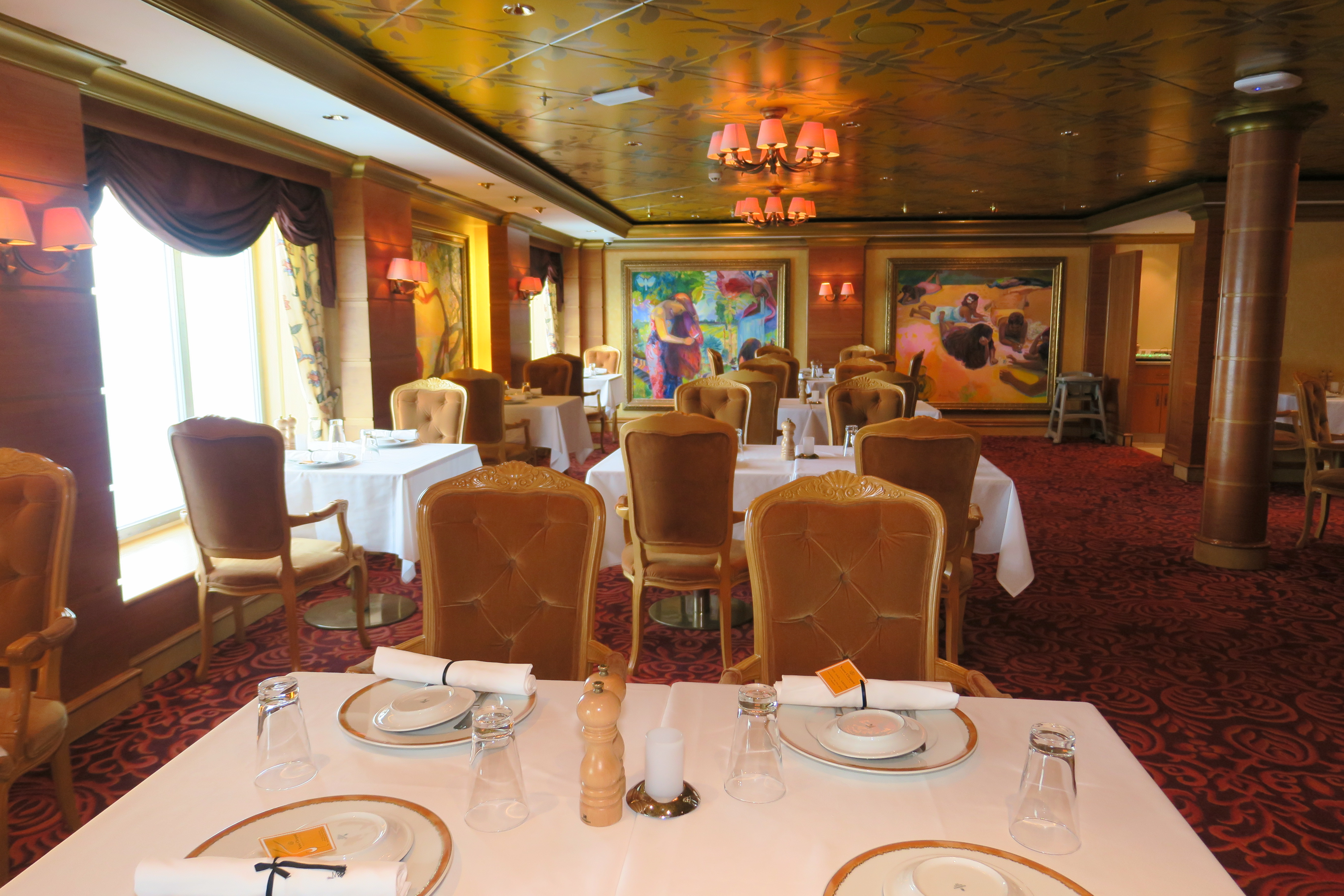 Francis Riley, NCL’s senior vice president international, said crew wages would not be affected by the introduction of premium all-inclusive fares. Travel agents have welcomed the move as it makes selling cruise holidays much easier, he added.

Mr Riley said: ‘You can get on board our ship and walk away with a bill with nothing on it if that’s what you want to do. Premium all-inclusive may not be what everybody wants but we see this as a mega-trend that’s moving towards where business is going.’ 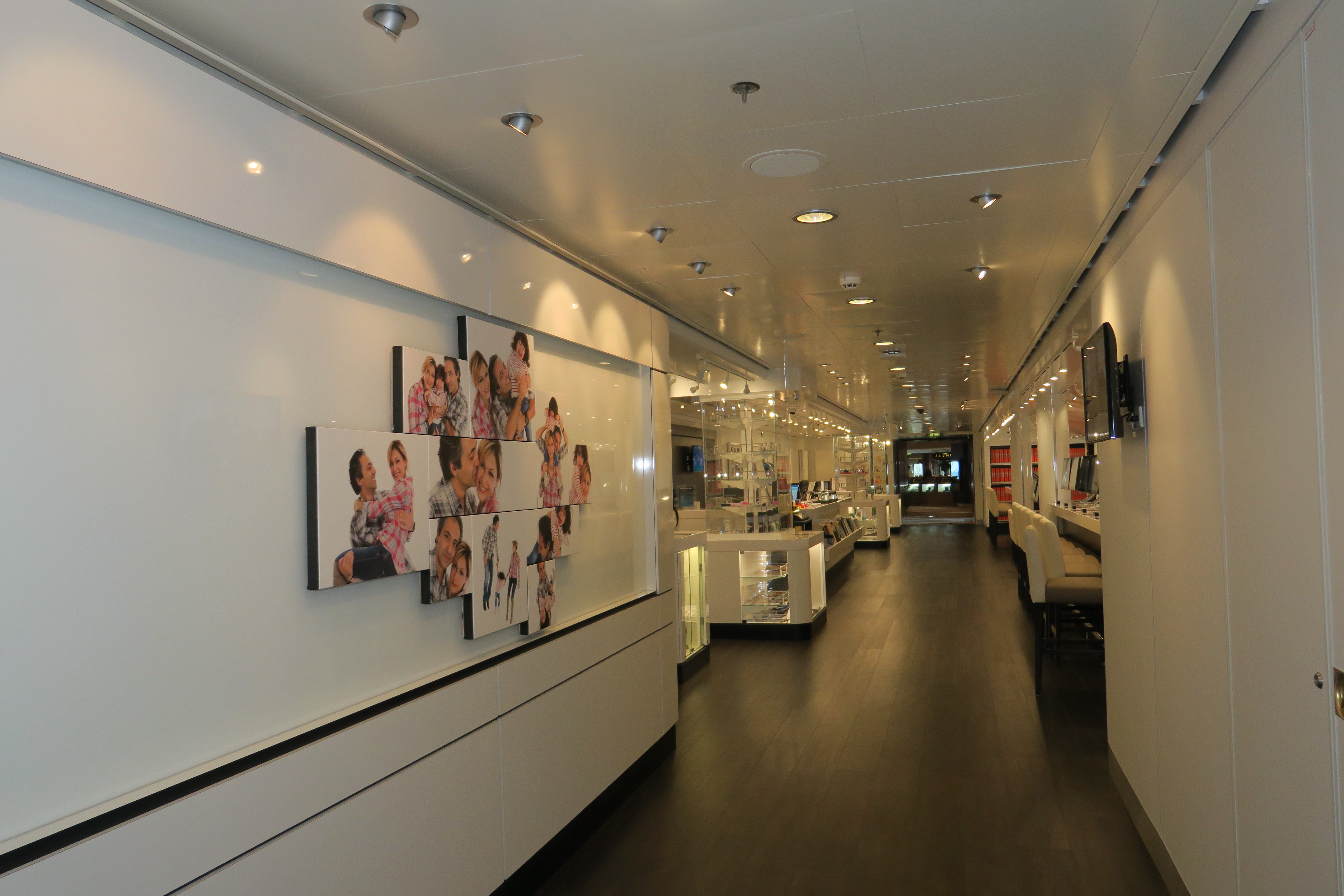 Slick: The photo gallery has done away with rows and rows of printed pictures

Norwegian Jade – one of five NCL ships in Europe – is sailing its first British season since 2008 using home ports in Southampton and the German city of Hamburg.

The 94,000-ton former Pride of Hawaii has been given a more muted tone with many public areas given a makeover. 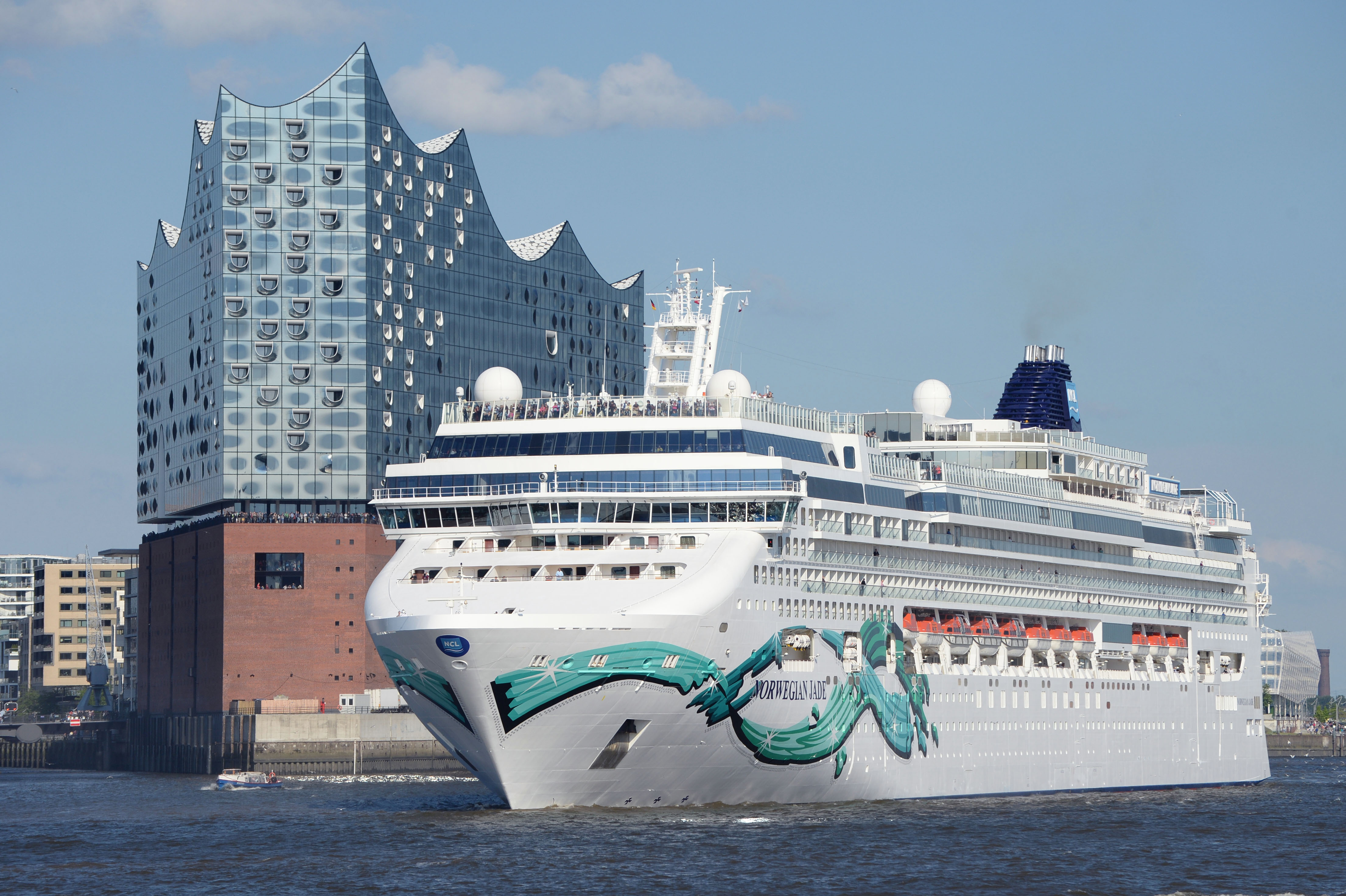 Its popularity in the UK was shown when it became the best-selling ship for passenger bookings in the fleet this year.

Internationally, NCL has 15 ships with six more due up until 2025 and an option for two further ones. It pioneered the Freestyle concept of many dining options with no fixed seating and a relaxed dress code.

All photos by author, except where marked.