Not a drop of champagne was wasted when former newsreader Angela Rippon named Columbus, the latest addition to the Cruise and Maritime Voyages fleet, at Tilbury tonight.

Instead of the traditional bottle-breaking on deck, Ms Rippon simply pulled a cord to unveil a plaque in the theatre. Acknowledging the vessel’s long and colourful past with many cruise lines, she said: ‘I rename this ship Columbus. May God bless her and all who sail in her.’

Video: Fireworks light up the Thames

It was a typically understated christening for CMV, which prides itself on its traditional British approach to cruising, with its five ships sailing from 16 ports around the UK and Ireland.

Ms Rippon said: ‘This beautiful ship Columbus is named after a man whose courage, sense of adventure and perseverance led him to discover the Americas in 1492. He didn’t just see the world, he opened up the New World to travel and to commerce. And this Columbus will do the same – opening up new horizons, new destinations for travellers, leaving its own footprint in the places that it visits, making a lasting impression on the lives of those who share their time and experiences with each other aboard this very special and quite superb flagship of the Cruise and Maritime Voyages line.’ 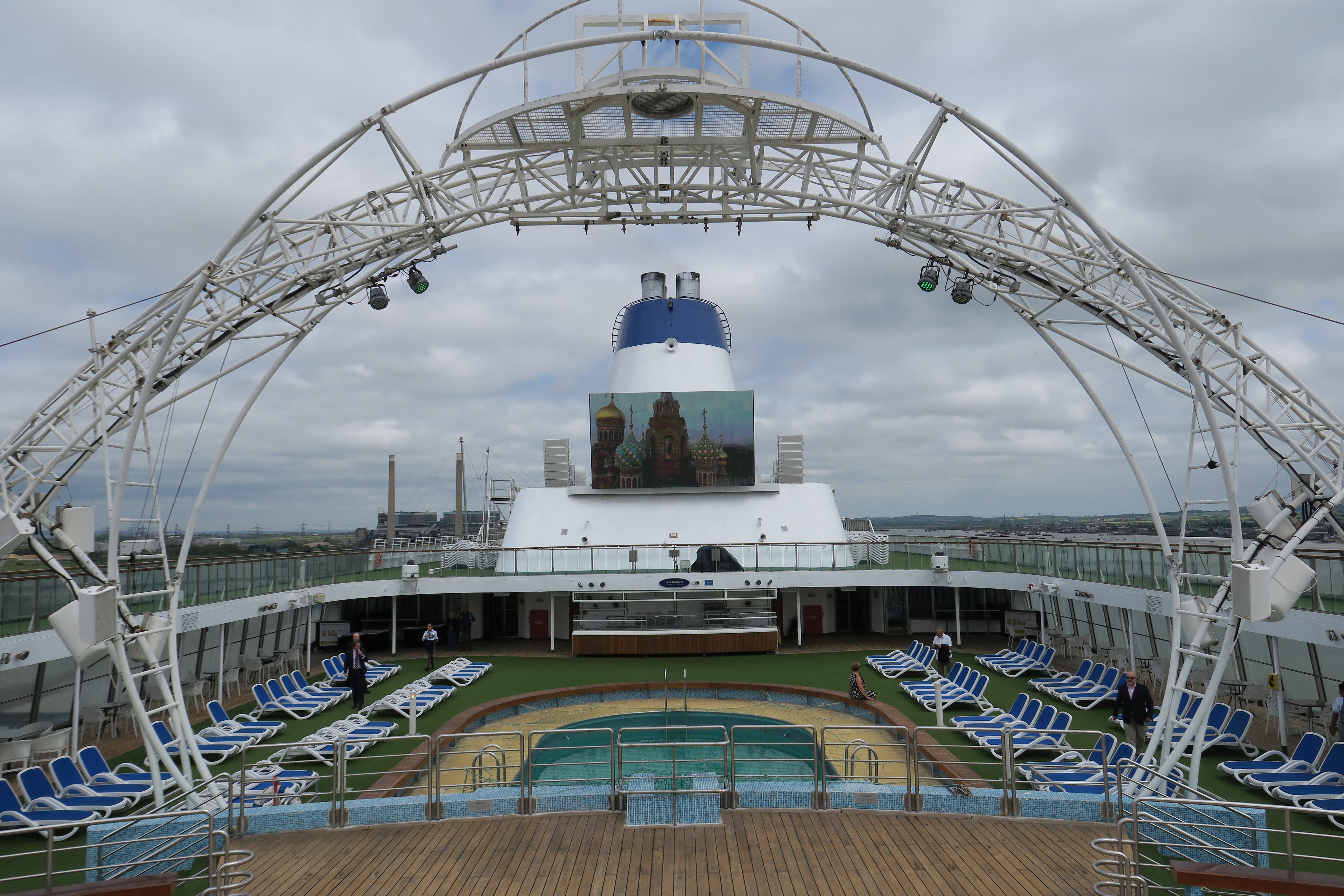 Round the pool on Columbus

Columbus – originally launched as Star Princess in 1989 – sailed with Princess Cruises, P&O Cruises, Ocean Village and P&O Australia before being acquired by CMV to join its other ships Magellan, Marco Polo, Astoria and Astor. 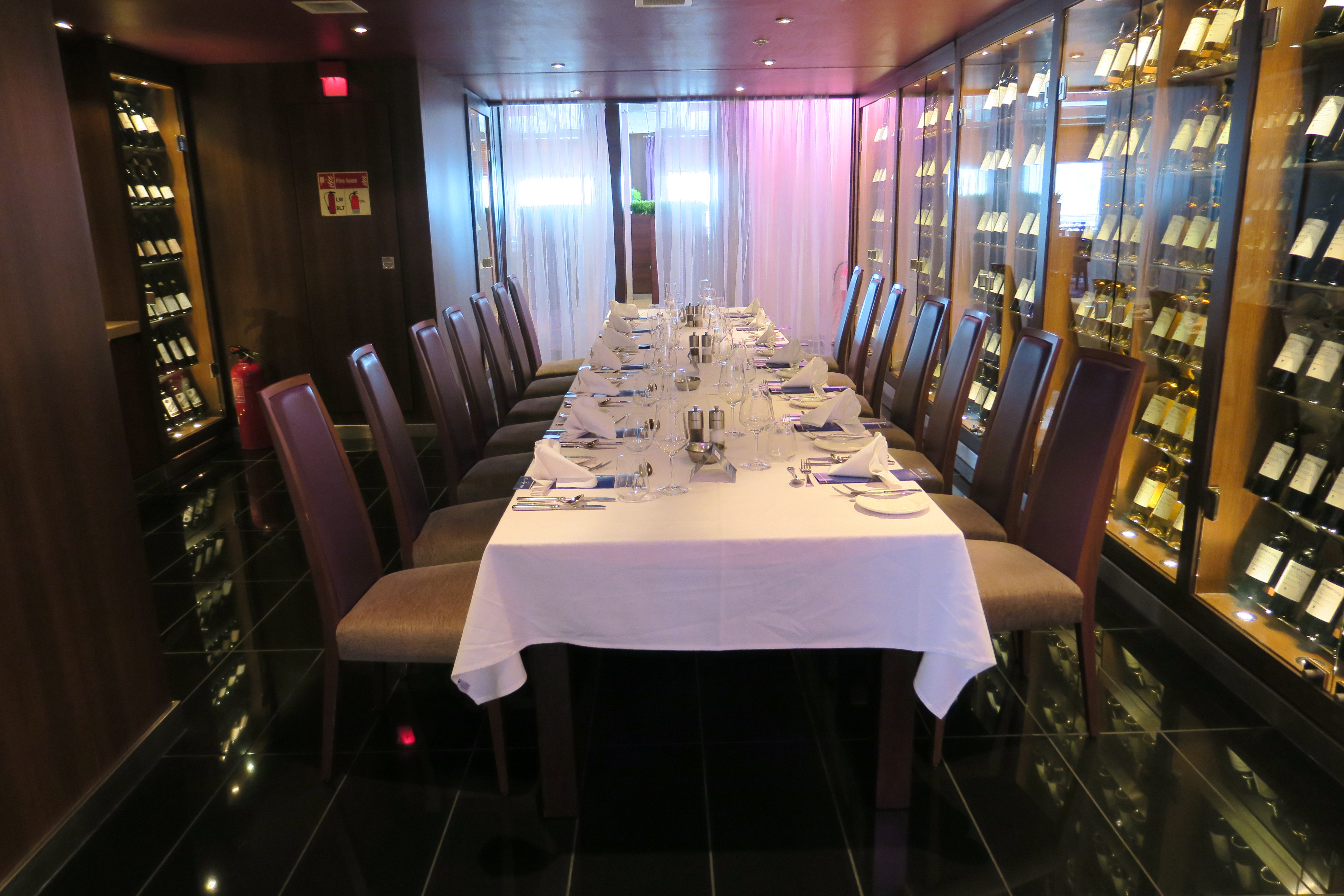 The 1,400-passenger ship will sail a 121-day Grand Round the World Cruise from Tilbury on January 5 next year.

The christening at the London Cruise Terminal ended with fireworks, just as polls closed on Britain’s general election. 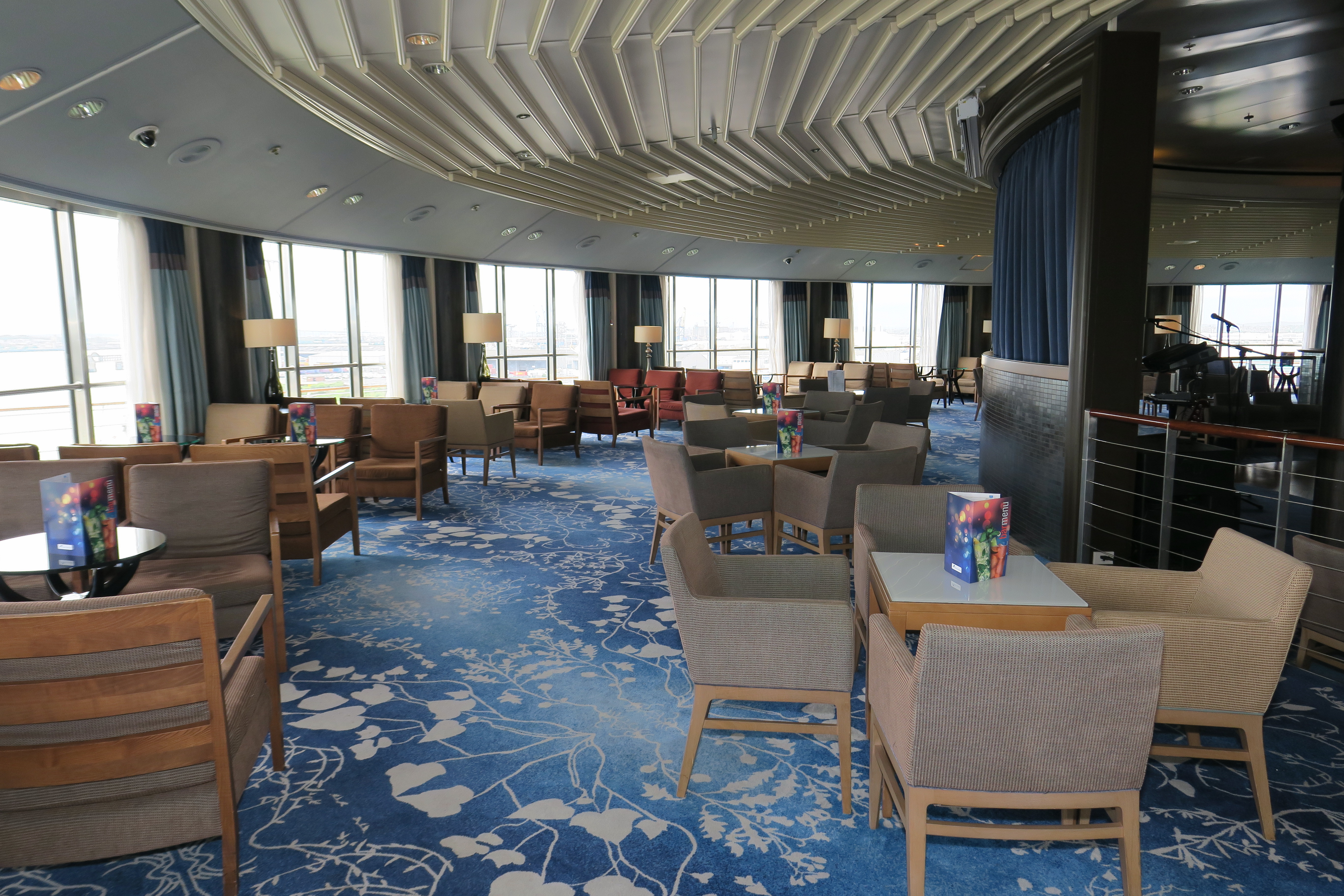 The Dome Observatory and Nightclub 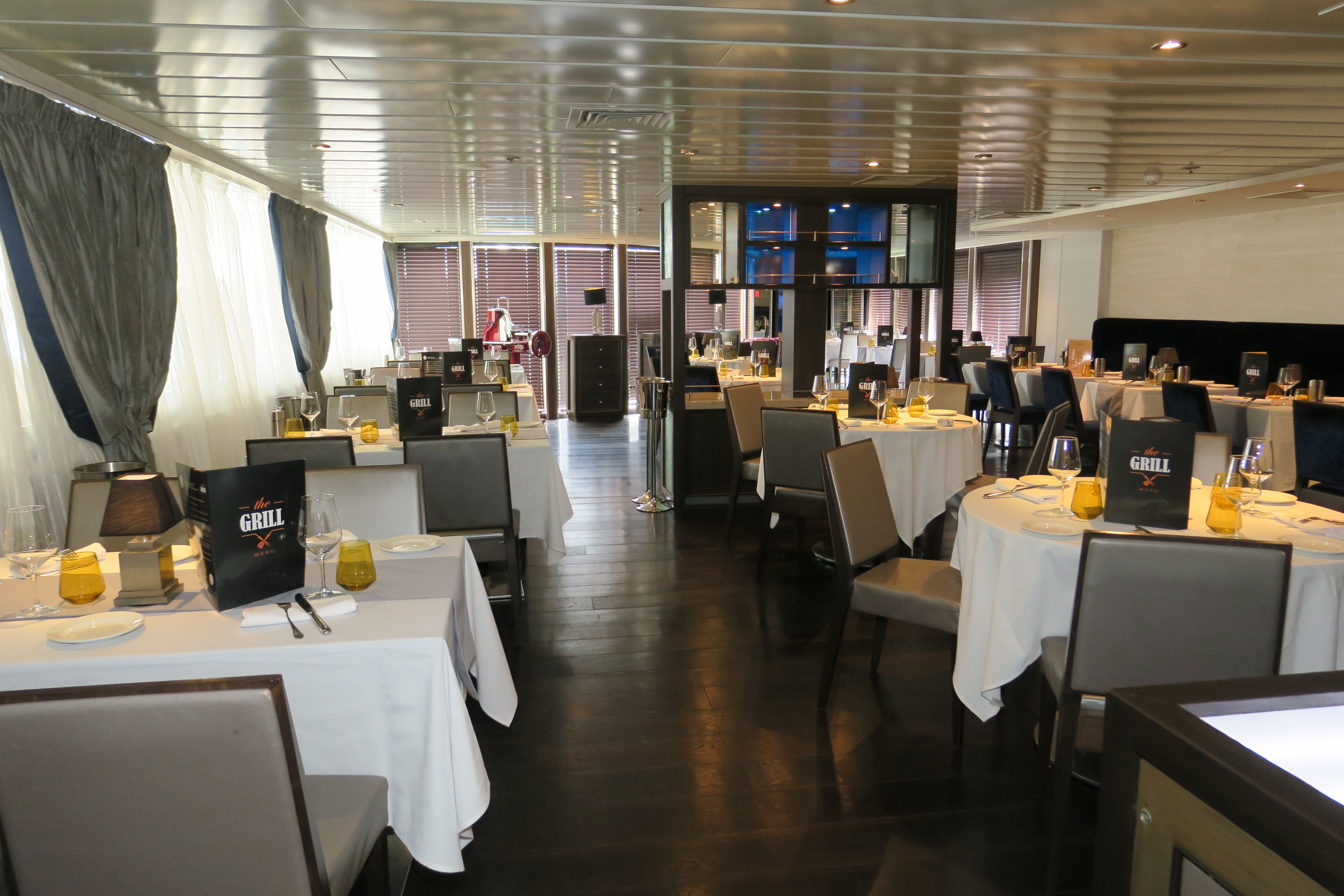 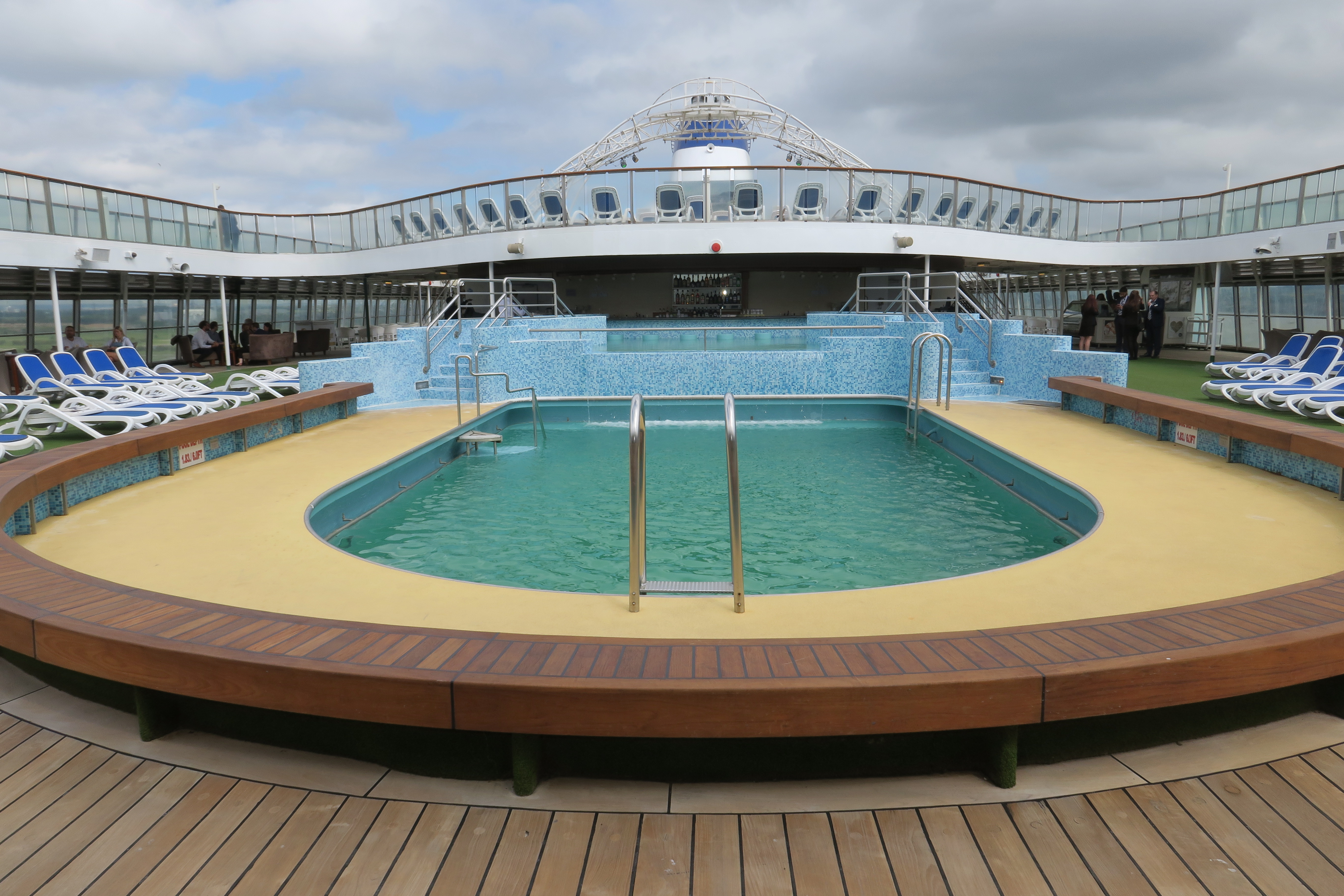 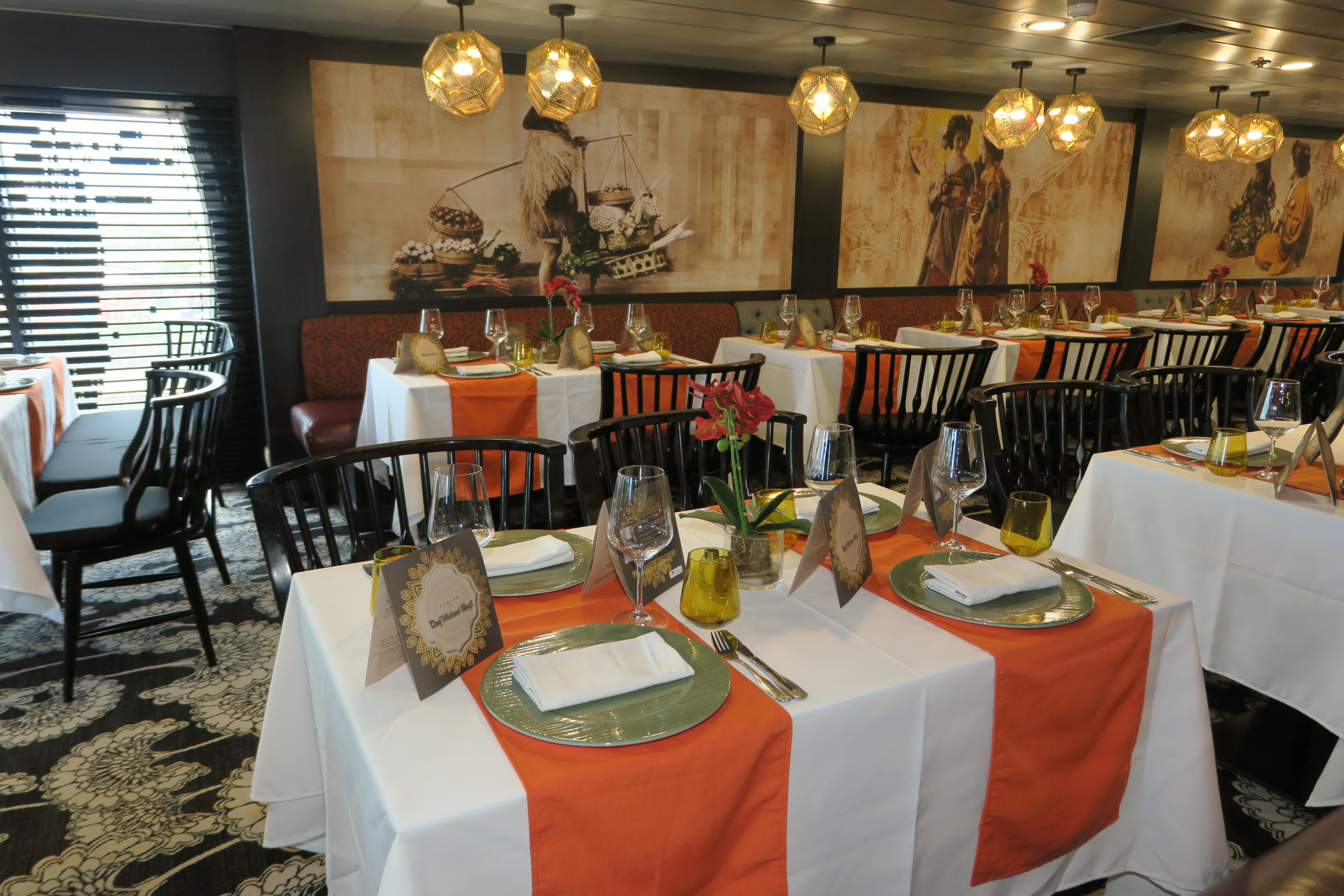 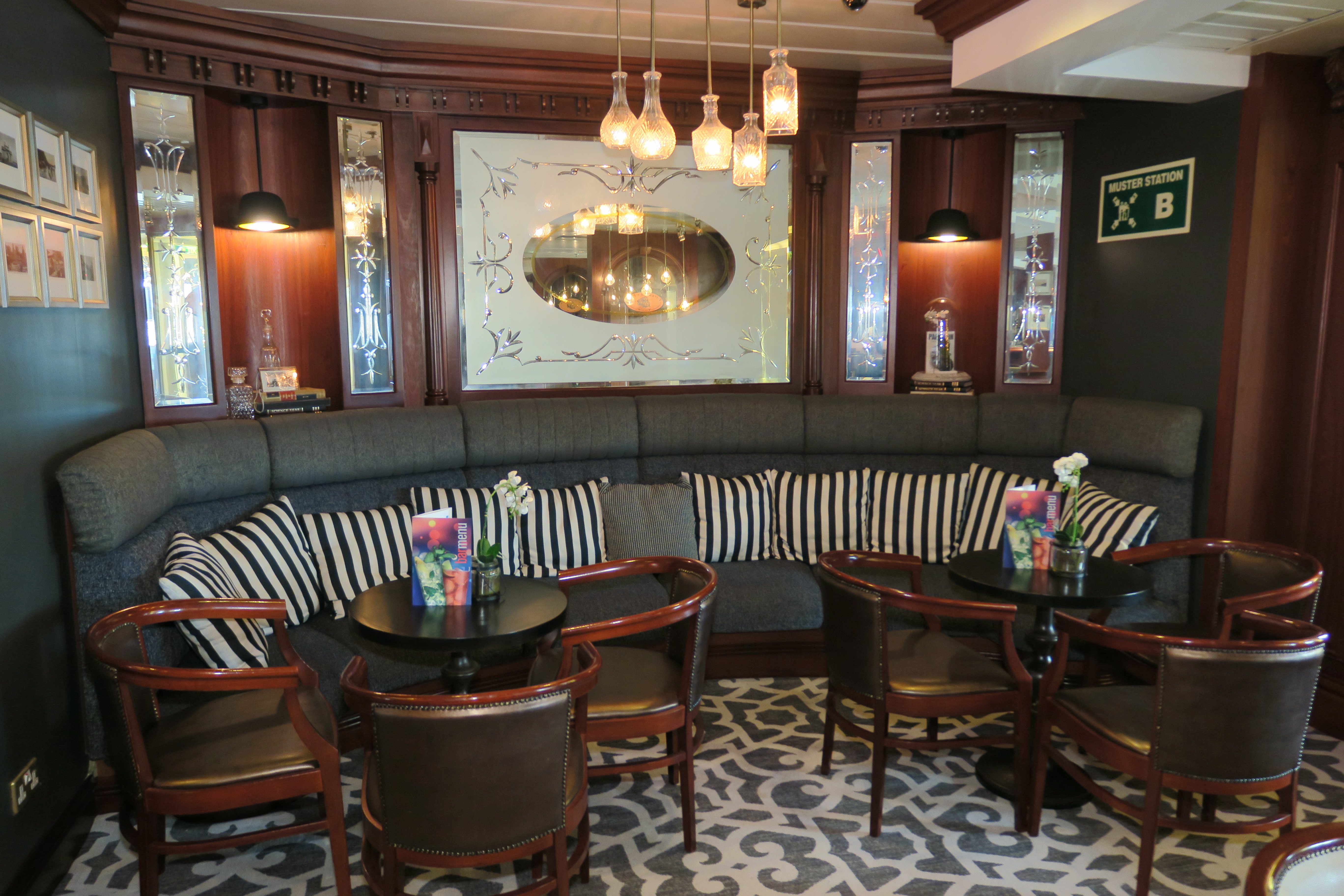