Click on the arrow to see the Deep Blue video

Passengers will be able to gaze at sea life through portholes shaped like whales’ eyes or watch digital screens showing live footage from three underwater cameras.

Their sofas will gently vibrate to the sounds of the ocean picked up over a 5km radius by hydrophones below the keel and played through a state-of-the-art speaker system. 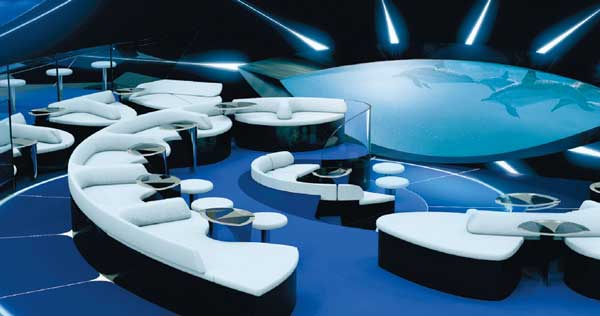 The lounge, called Blue Eye, will be installed first on the Ponant Explorers yacht Le Lapérouse before being introduced to the other three ships in the fleet – Le Champlain, Le Bougainville and Le Dumont-d’Urville.

Architect Jacques Rougerie, who developed the concept, said it would allow passengers to follow in the wake of subaquatic pioneers and explorers such as Jules Verne and Jacques Cousteau.

He added: ‘For the first time in the world the public, during a cruise, will be able to “feel” and be at the heart of an underwater world. They will need to use all of their senses.’ 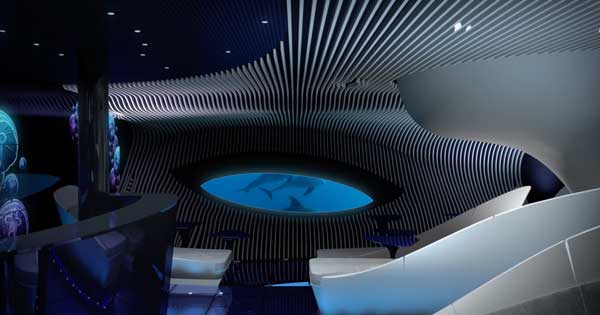 Soft lighting will encourage guests to look out of the portholes while the digital screens will project images such as dolphins playing in the bow waves.

Le Lapérouse and Le Champlain will join the Ponant fleet next year, followed by Le Bouganville and Le Dumont-d’Urville in 2019.

One thought on “Video: Inside the world’s first underwater cruise ship lounge”