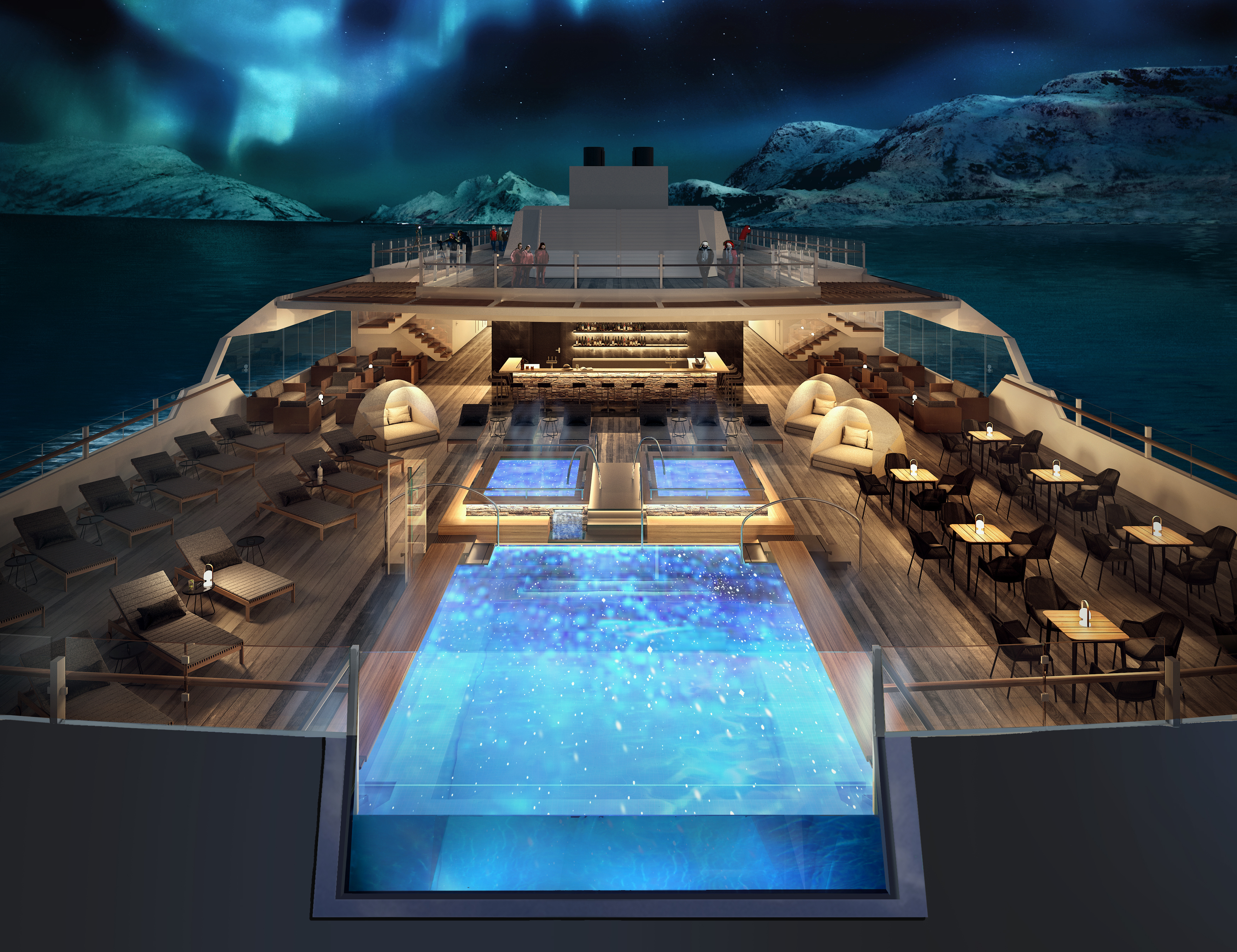 The open deck at night

The Roald Amundsen and Fridtjof Nansen, named after Norwegian pioneers, will have infinity pools, hot tubs, and large observation platforms to spot wildlife. Most cabins will have their own balcony and there will be a small number of suites.

The Scandinavian style will be shown by the use of granite, oak, birch and wool among other materials. Food in the three restaurants will be inspired by local flavours and destinations.

One of the restaurants

The hybrid-powered ships, designed by Rolls-Royce and Norwegian yacht designer Espen Øino, are due to be delivered in 2018 and 2019. There are plans for two more in the fleet. 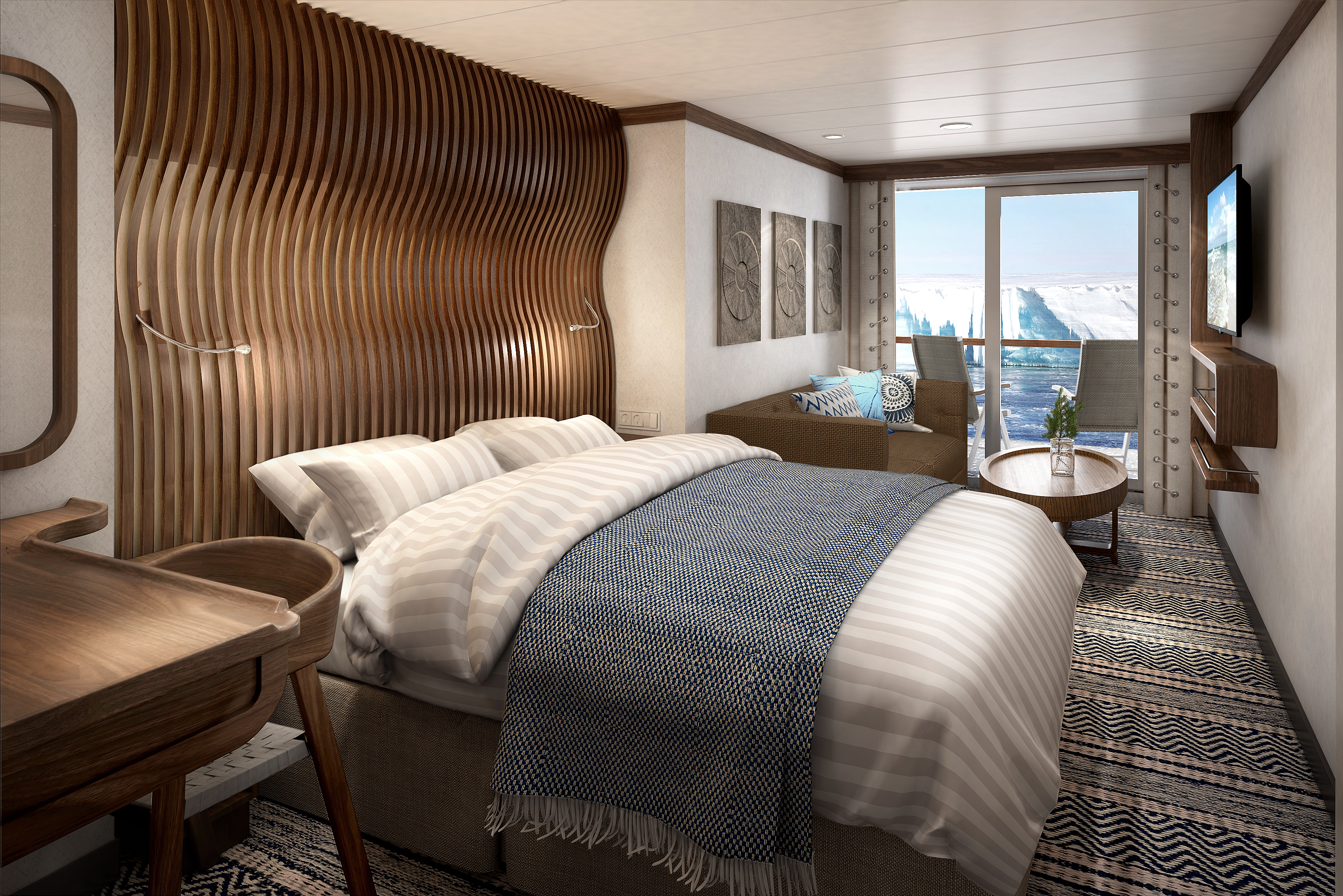 Hurtigruten CEO Daniel Skjeldam said: ‘It is exactly 105 years since Roald Amundsen became the first person in the world to plant his flag on the South Pole; 128 years since Fridtjof Nansen skied across Greenland; and 120 years since Richard With, Hurtigruten’s founder, first started exploration tourism in the Arctic. What could be more natural and appropriate than to name our new ships after these inspiring trailblazers?’

One of the bars

Hurtigruten is known for its ferry-like operations taking cars and passengers to the tips of Norway and the Arctic Circle. With its new expedition ships, it aims to add luxury to adventure. 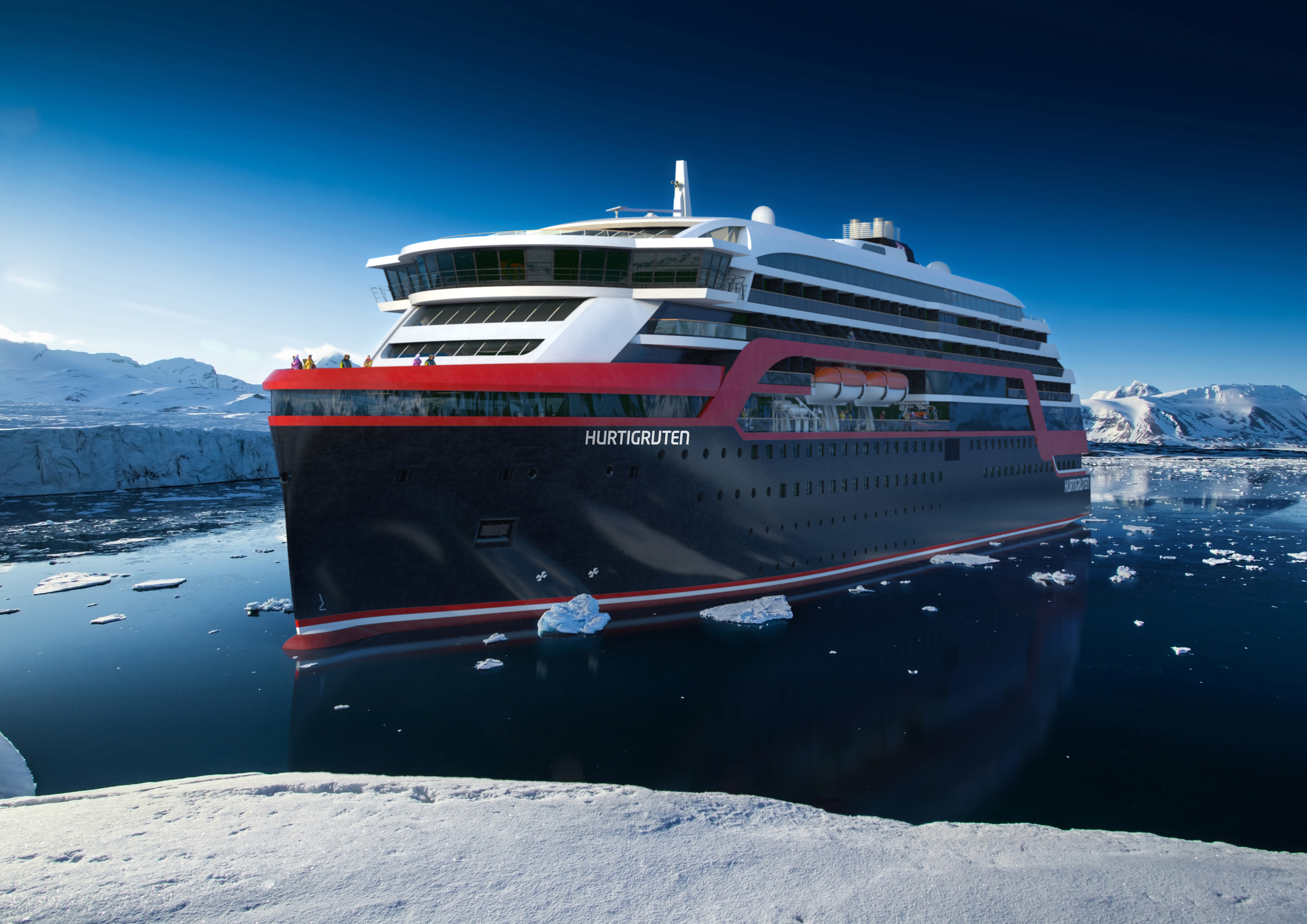