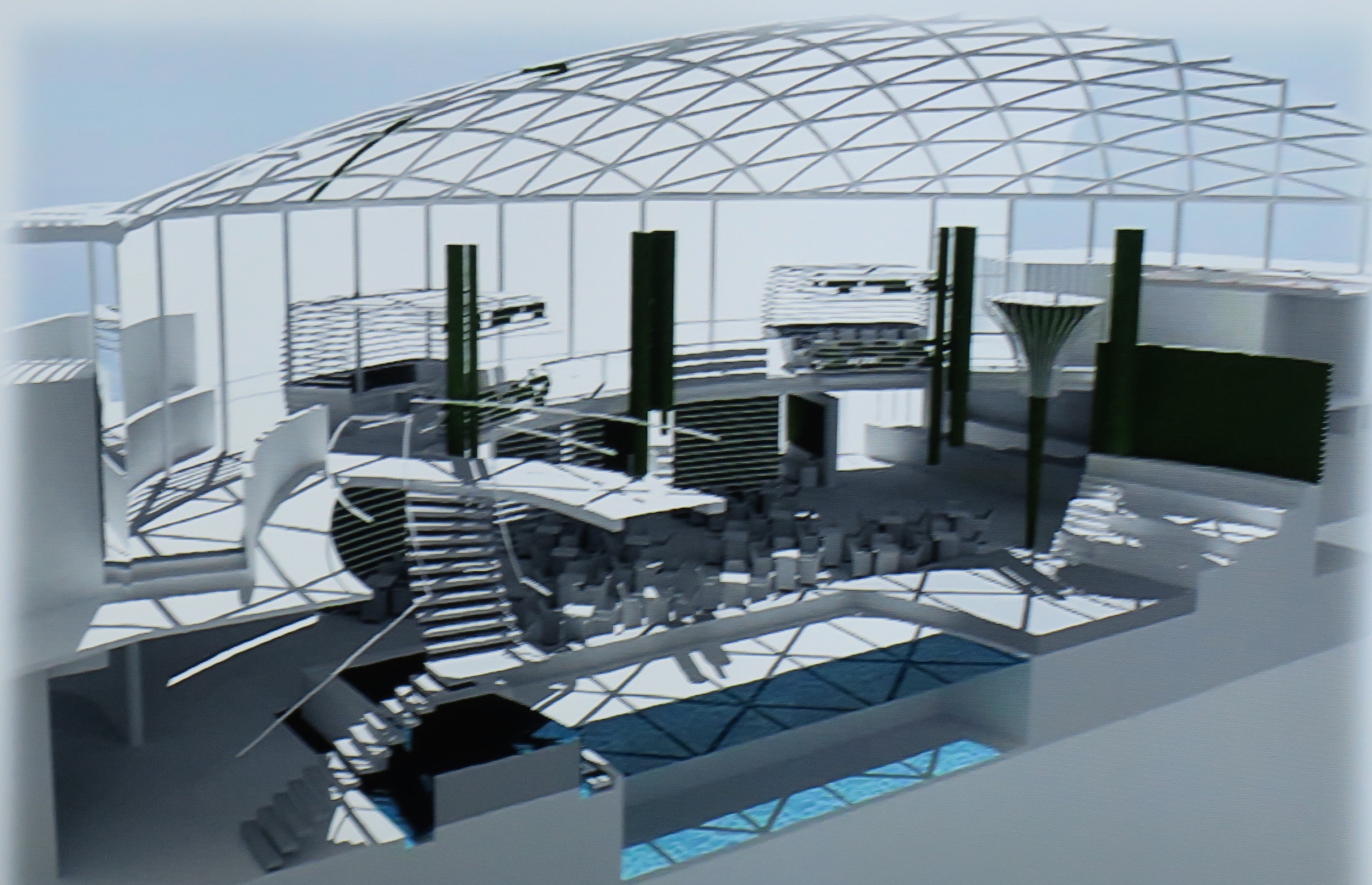 The new dome will feature a pool with a retractable stage

Details of P&O Cruises’ new ship to be launched in 2020 were unveiled in London tonight.

The 180,000-ton vessel – whose name will be chosen in a competition – will feature an all-weather entertainment hub called The Dome. The area, based around a pool with a retractable stage, will set the stage for aerial performances, roof projections and ‘immersive’ shows. 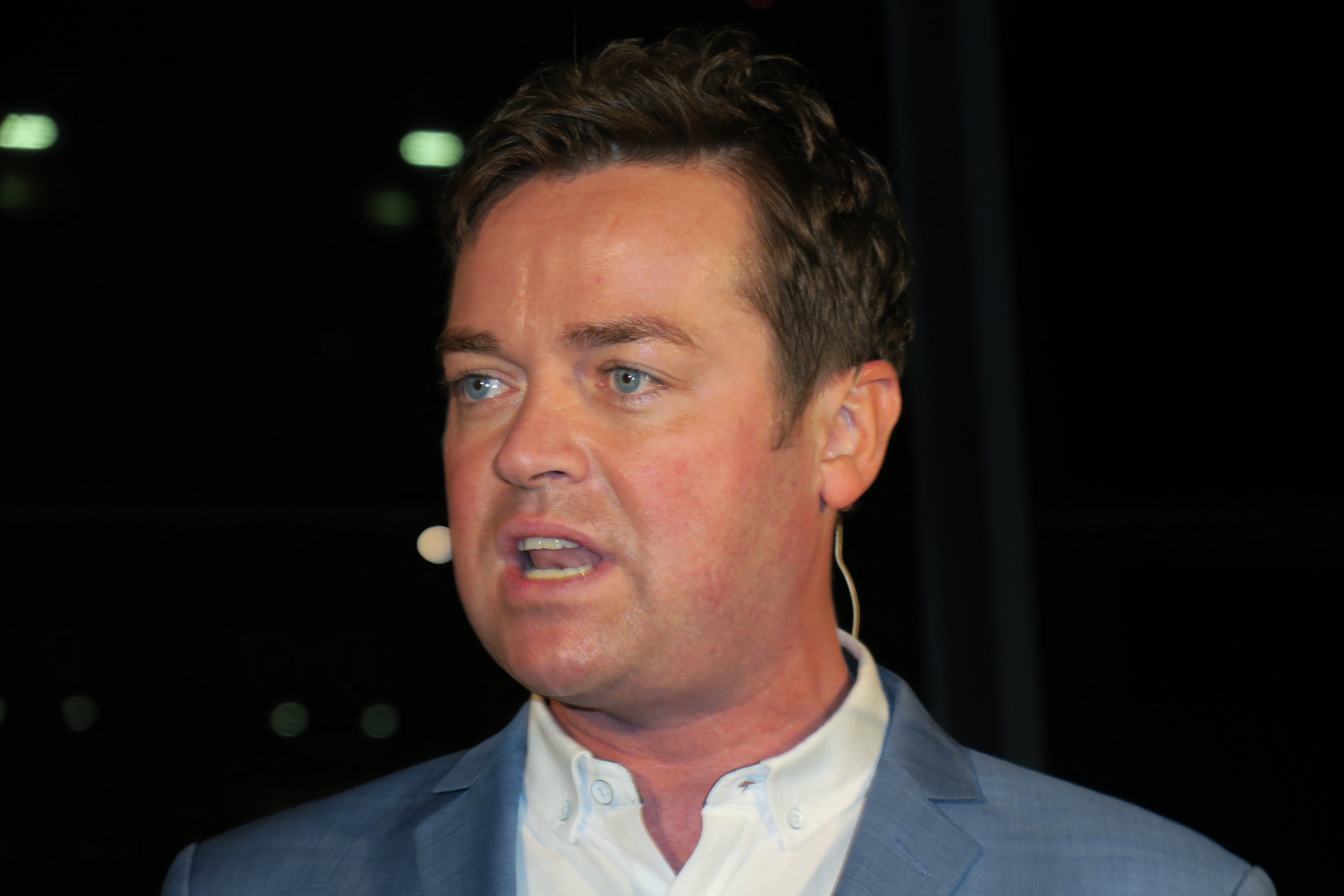 An uninterrupted half-mile promenade will encircle deck 8, giving easy access to al fresco dining at a range of restaurants under shaded awnings.

The atrium, with a grand staircase, gallery and overhead walkways, will have glass walls spanning three decks to allow natural light into the centre of the 5,200-guest ship. 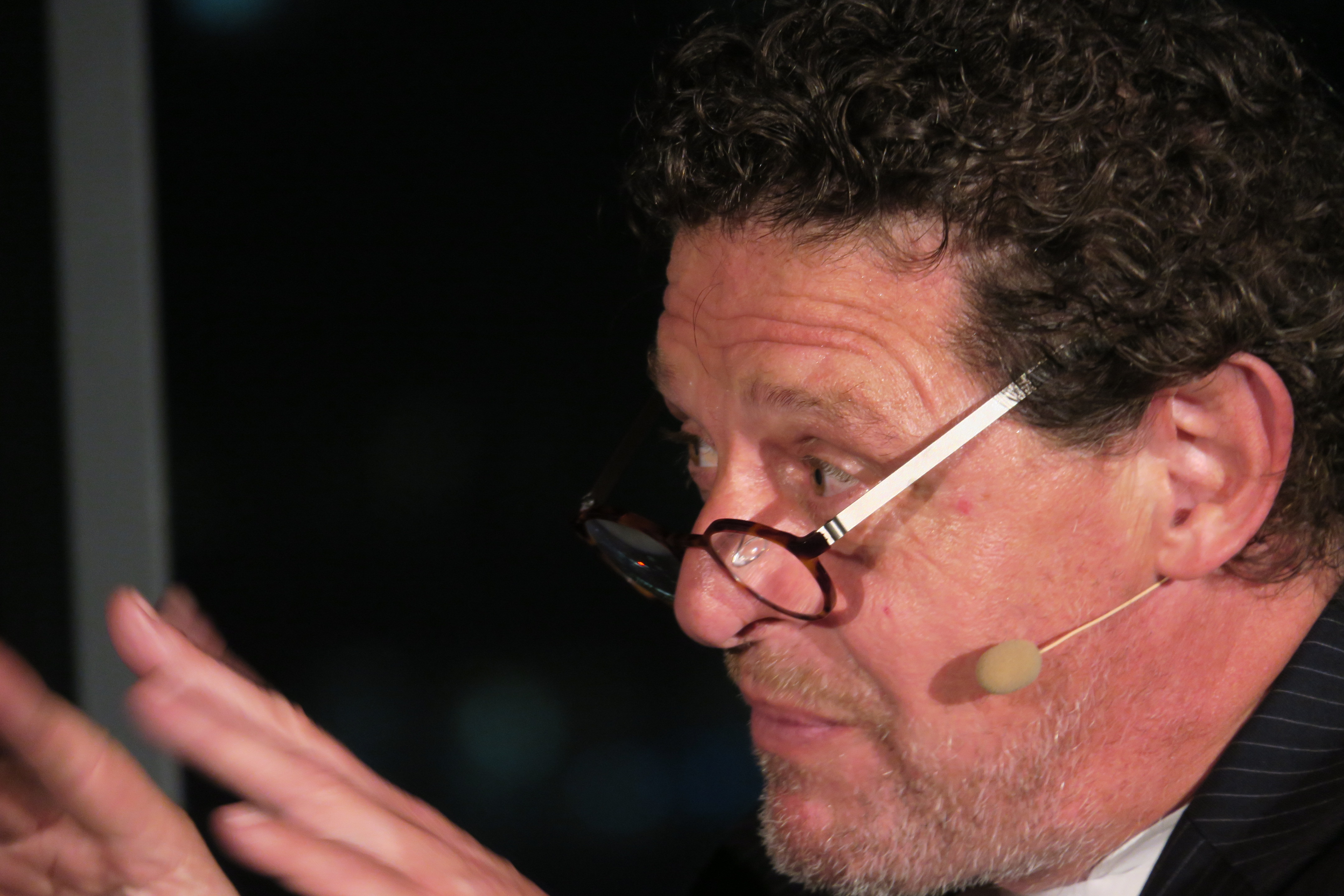 Chef Marco Pierre White was at the announcement

Here are some of the statistics about the vessel released tonight. It will feature:

At the event, at the Sky Bar in London, guests were also entertained by a sample of new shows coming to P&O Cruises ships. 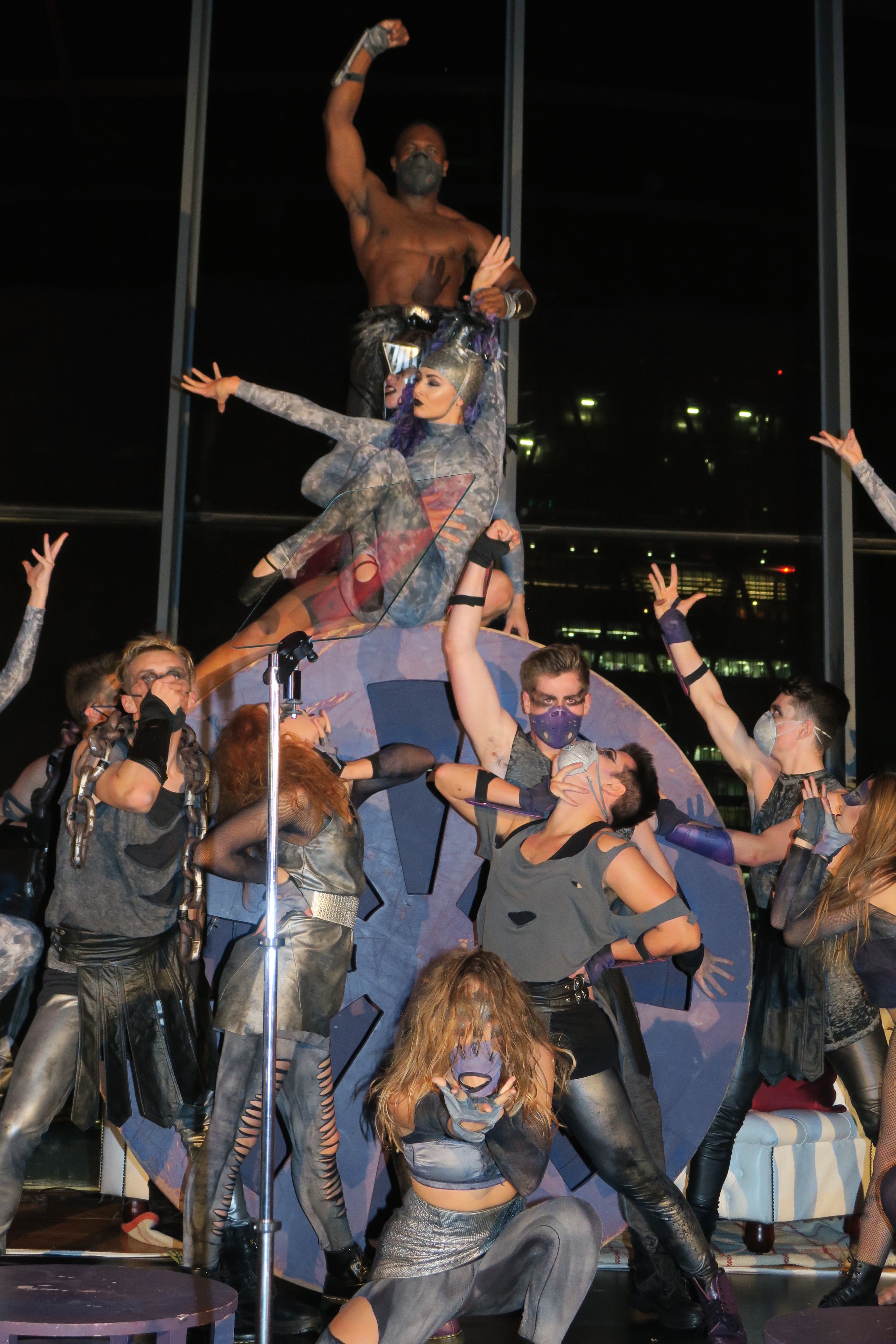 The energetic 50-minute show will be staged twice nightly. 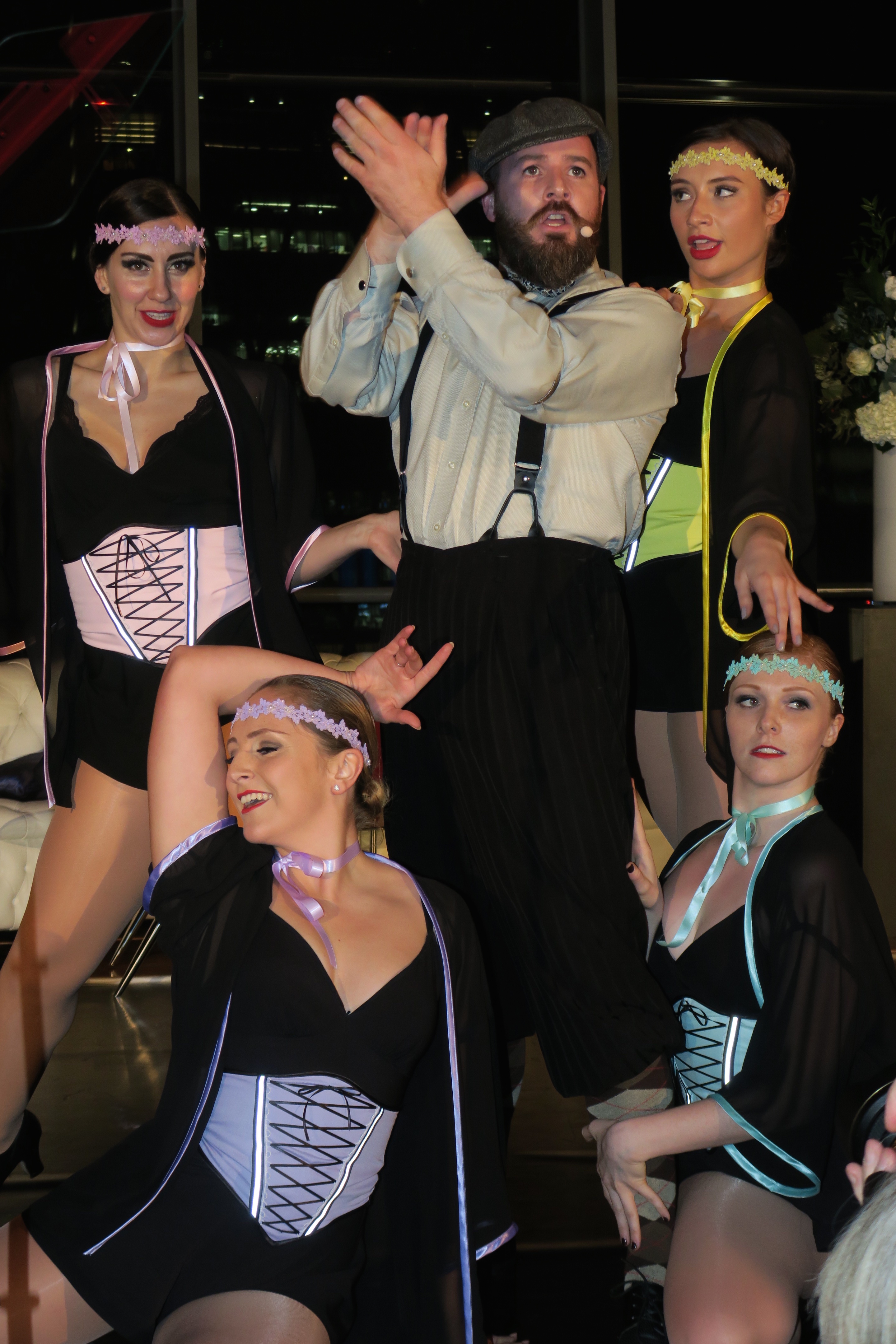 Some of the cast of Money Makes The World Go Round, staged tonight

West End star Ruthie Henshall is also introducing a show called Money Makes The World Go Round to Arcadia from next month.

The cruise line’s senior vice president Paul Ludlow said: ‘These are really exciting times for P&O Cruises. We are about British culture and entertaining British guests. We are moving with the times.’

CEO David Noyes said guests showed ‘tremendous loyalty’ to the 180-year-old brand, sailing year after year to the extent they became friends and family to the crew. ‘That’s what makes P&O Cruises even more special,’ he said. 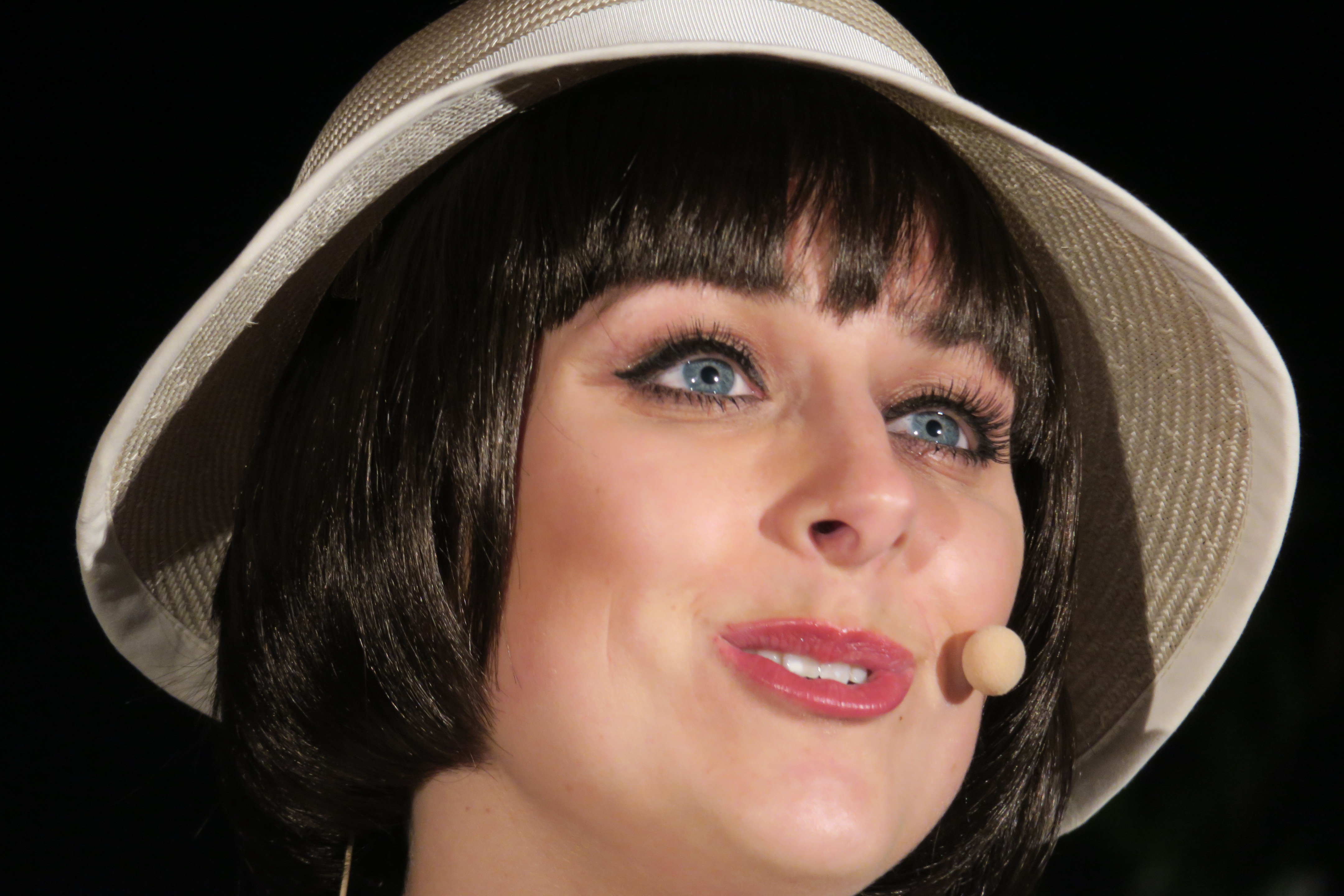 A leading voice in Money Makes The World Go Round

‘A whole new generation’ of cruisers had been attracted by the launch of the last big ship, Britannia, said Mr Ludlow.

The two men summed up the passengers’ philosophy as wanting to be abroad while feeling at home; liking to be new and innovative while feeling things remain the same; wanting to dress up an hour after defining what it is to dress down; and loving our children while enjoying peace and quiet.

More details of the ship will be released in due course.

See a video report on the event by Shout Communications below: