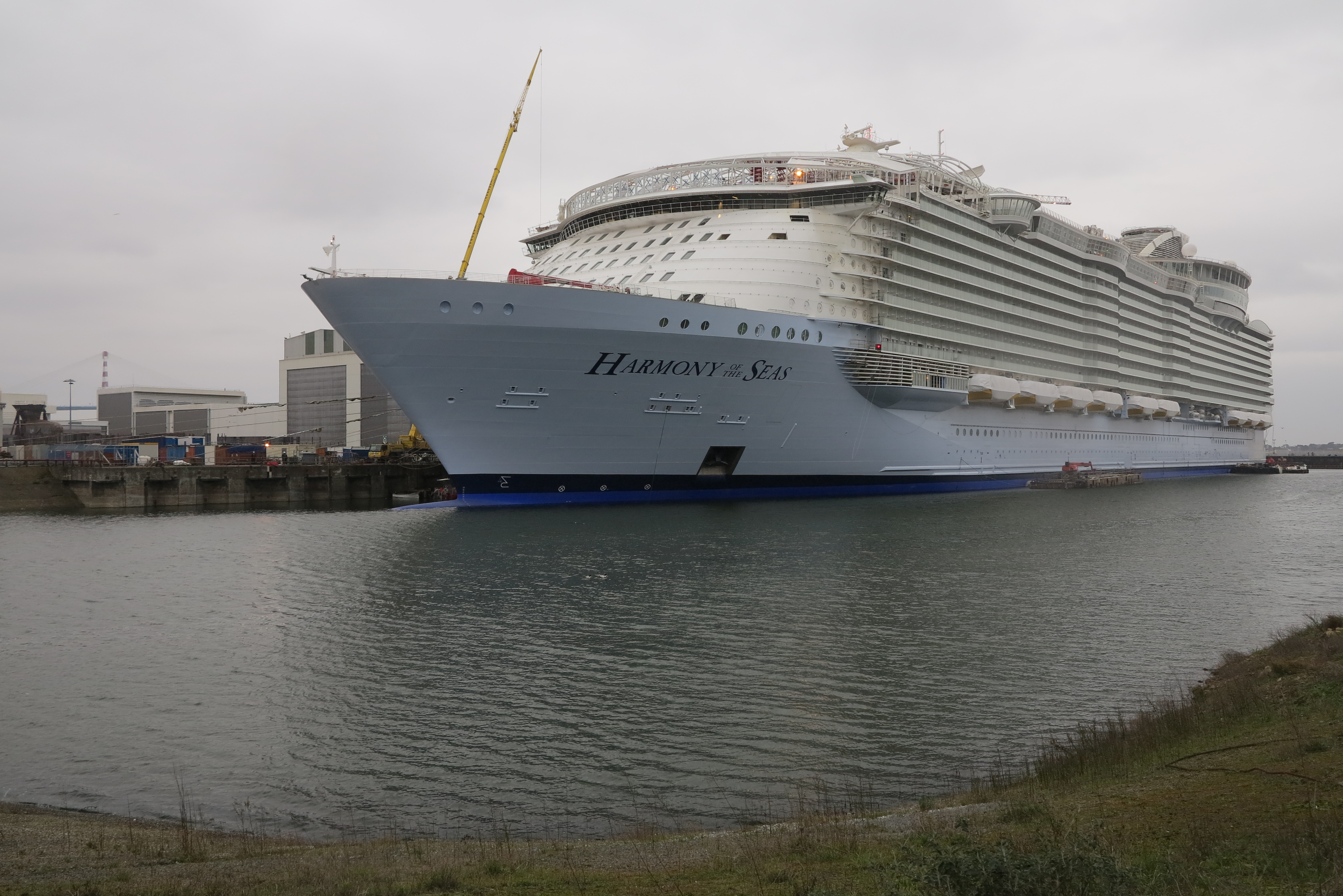 Floating city: The enormous ship at its shipyard in St Nazaire

For videos of Ultimate Abyss, scroll to the end of this story

The world’s biggest cruise ship, Harmony of the Seas, is still under construction in France – and, hard as it is to believe, this huge floating building site will be ready to make its first public appearance in May.

On a hard-hat tour of the STX shipyard in St Nazaire today, I stepped over metal plates, ducked under cables and climbed plastic-wrapped stairs to explore this latest and biggest addition to the Royal Caribbean fleet.

Still to be added is the most exciting new feature – Ultimate Abyss, a ten-storey slide using mats. It will be constructed in late April. But even now, you can see the dizzying drop that riders will face.

Harmony of the Seas will be 33cm – just over a foot – longer than its sister ship Allure, slightly wider, and measure around 227,000 GRT. In theory, it could accommodate 2,185 crew and 6,700 guests, though the number of passengers is more likely to be around 5,600.

Below are some pictures to illustrate just how much work has been done – and remains to do – to create the largest pleasure park afloat. British cruise lovers will get a chance to see the completed ship when it sails into Southampton in May. 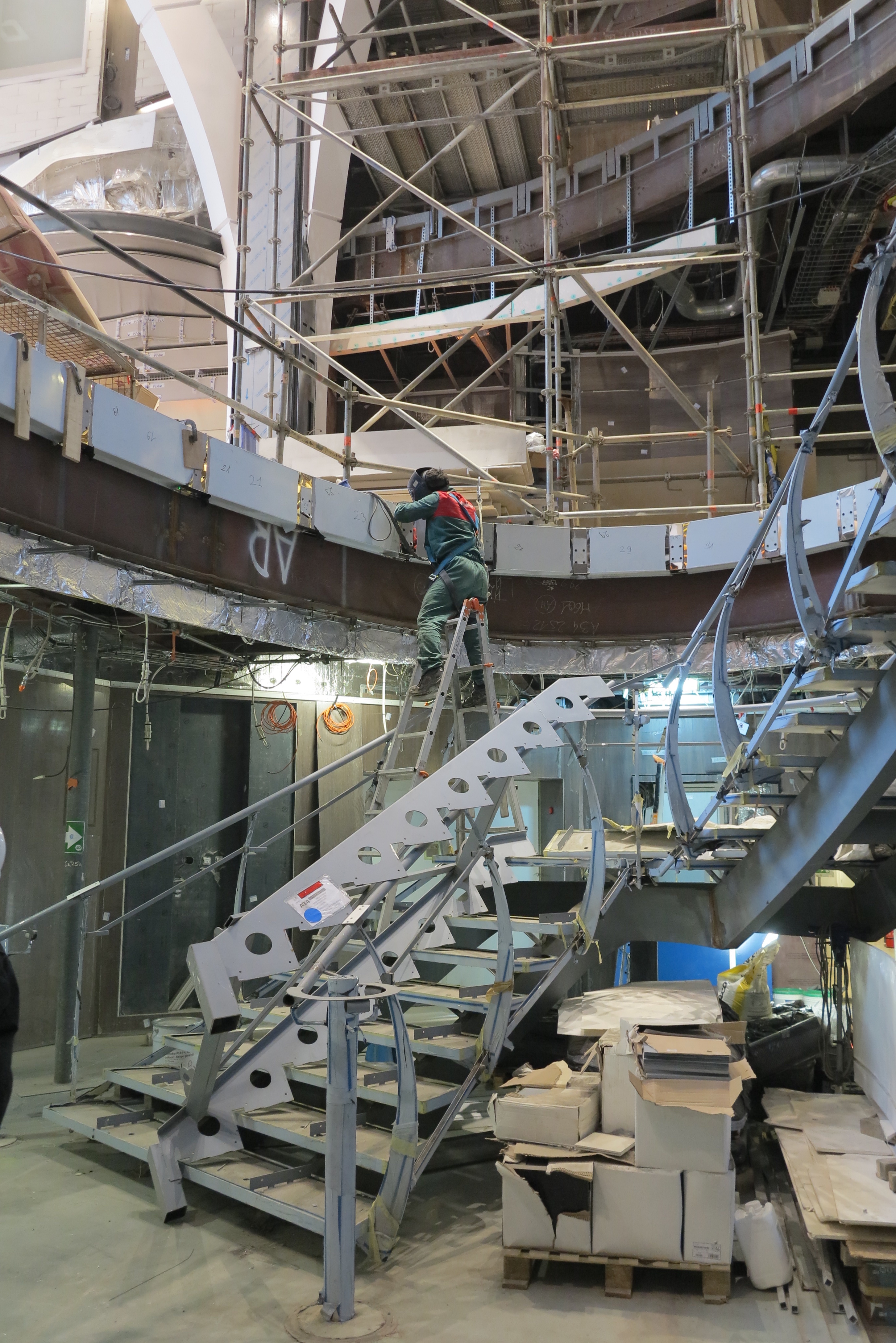 Building sight: A welder works above one of the staircases 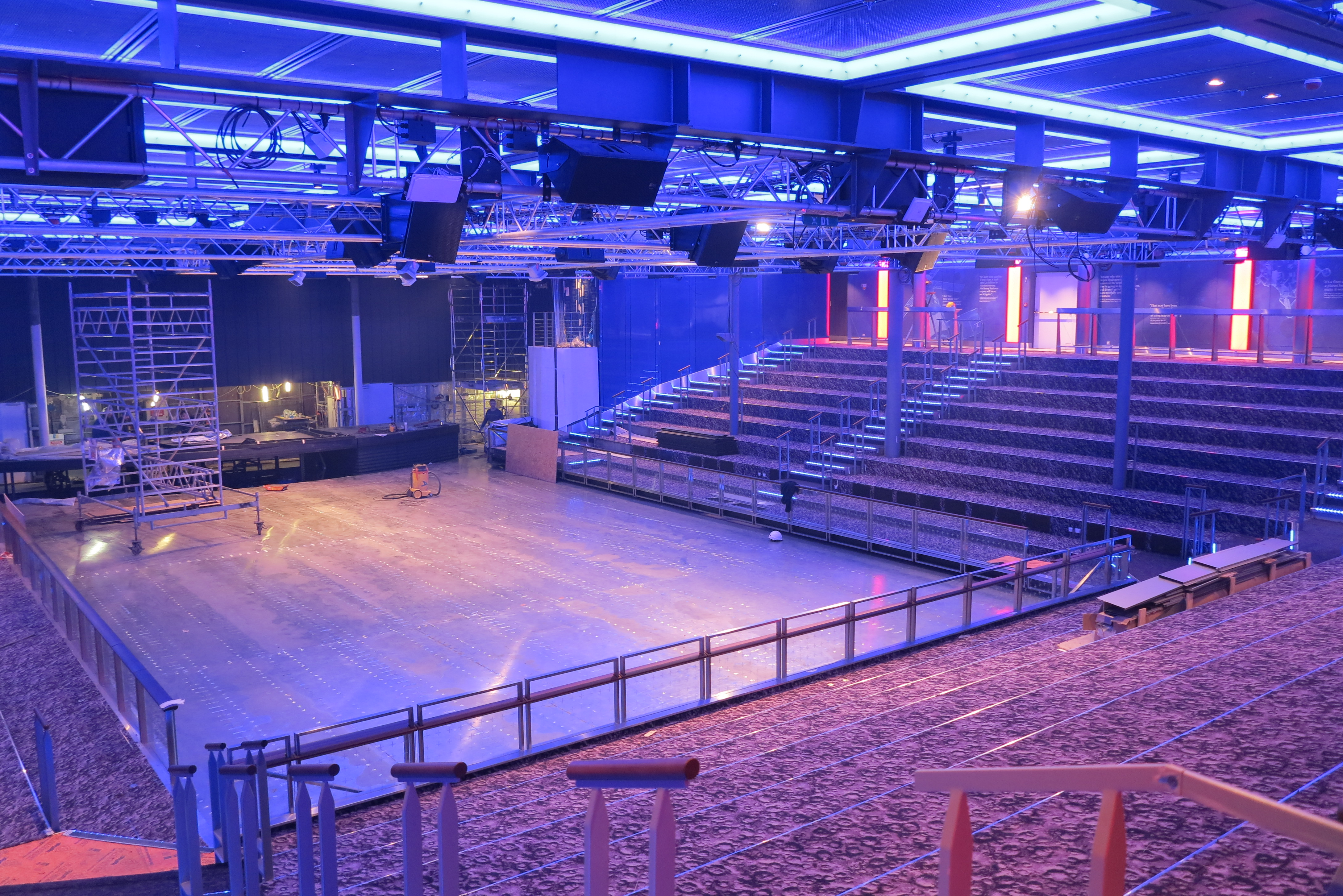 Ice, ice baby: The site of the ice rink 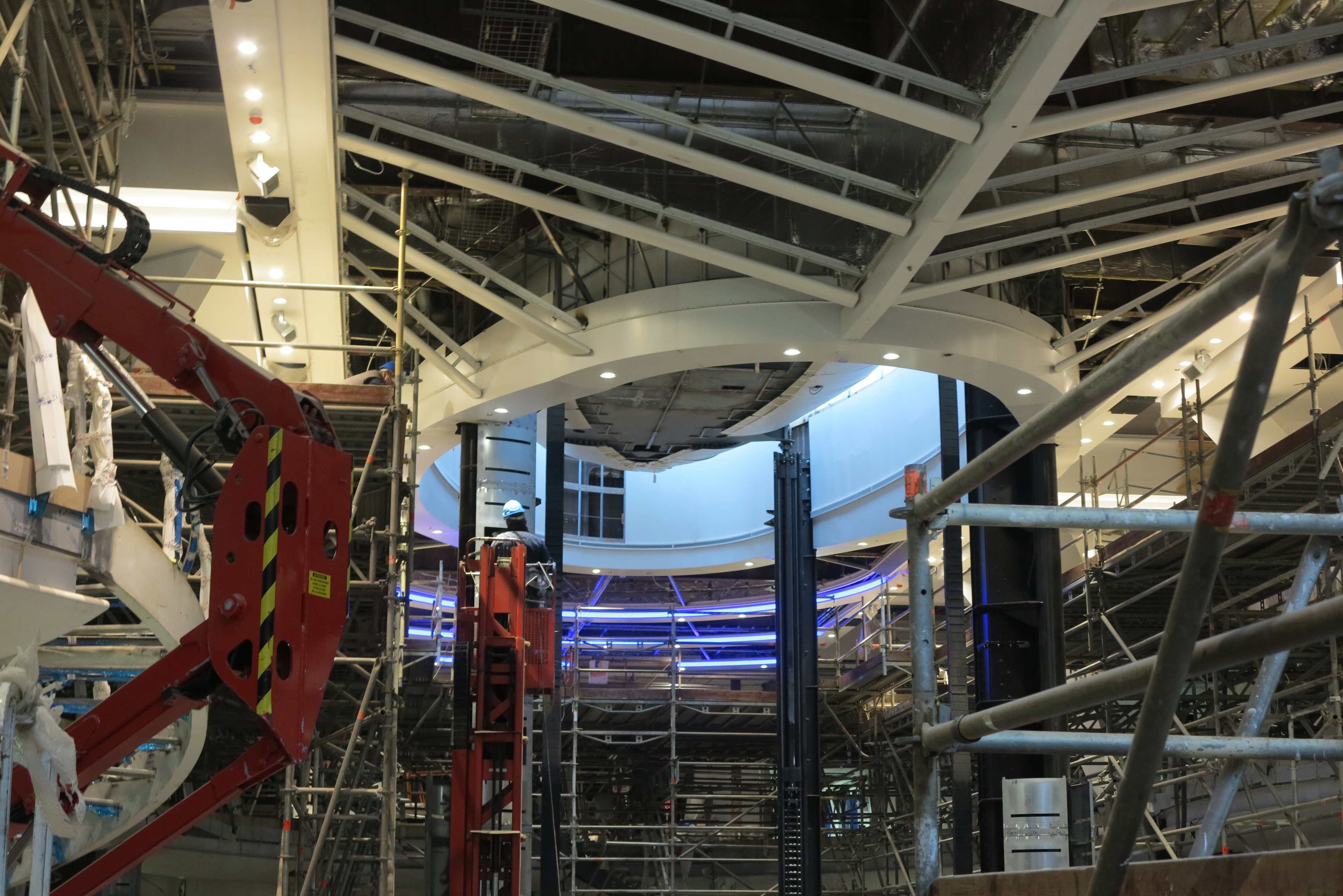 Raising the bar: When the levitating bar will sit on the ship 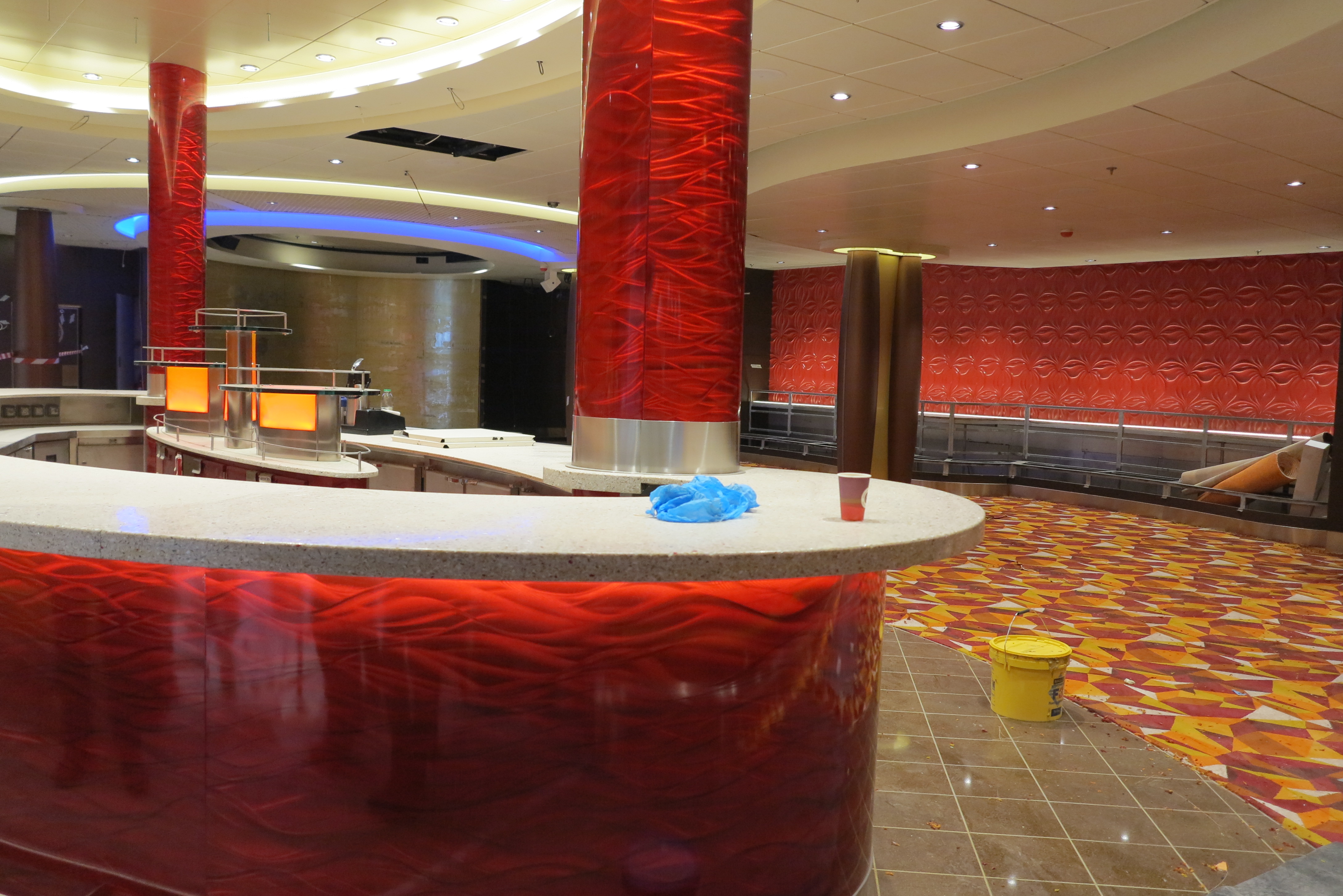 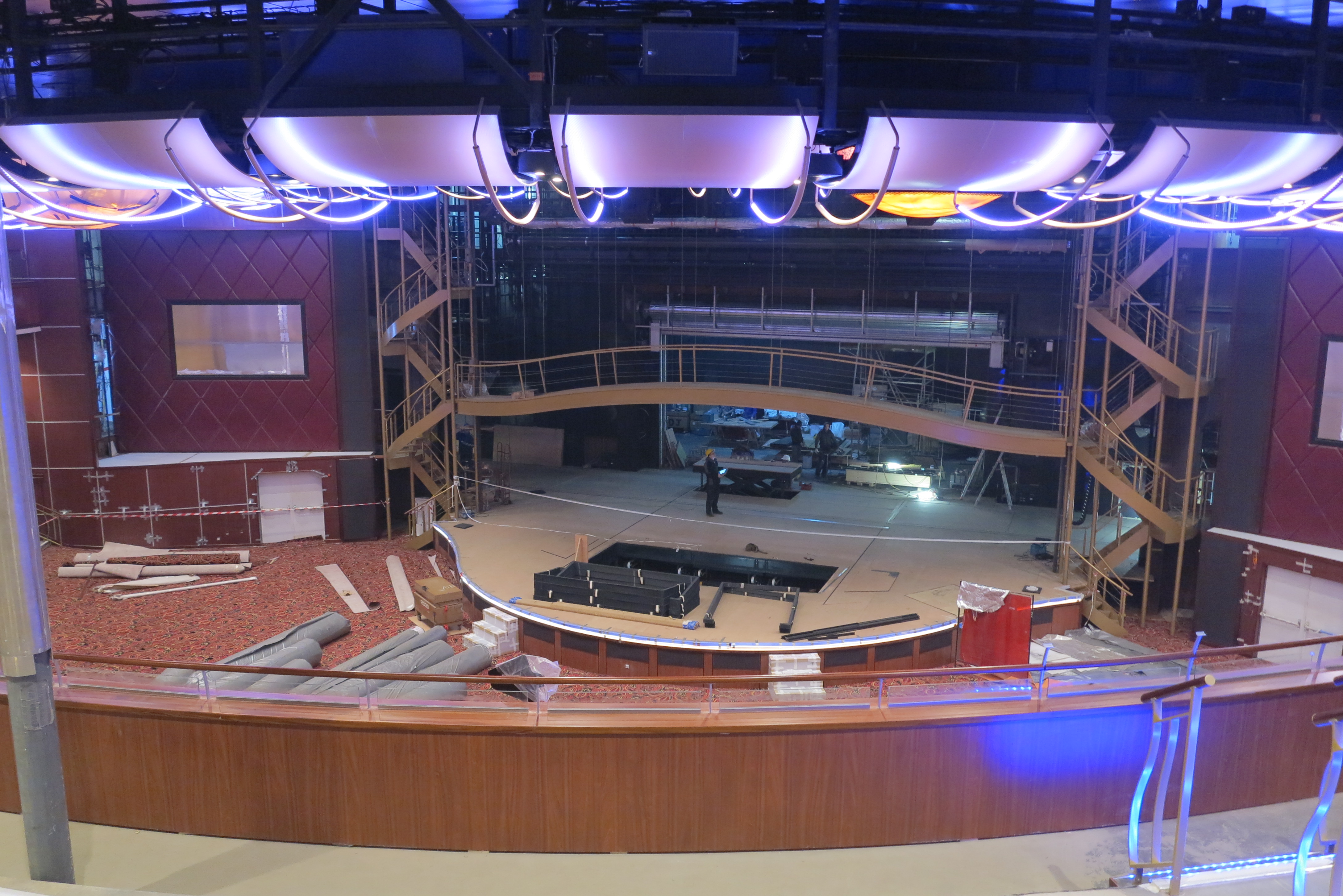 One stage at a time: The theatre takes shape 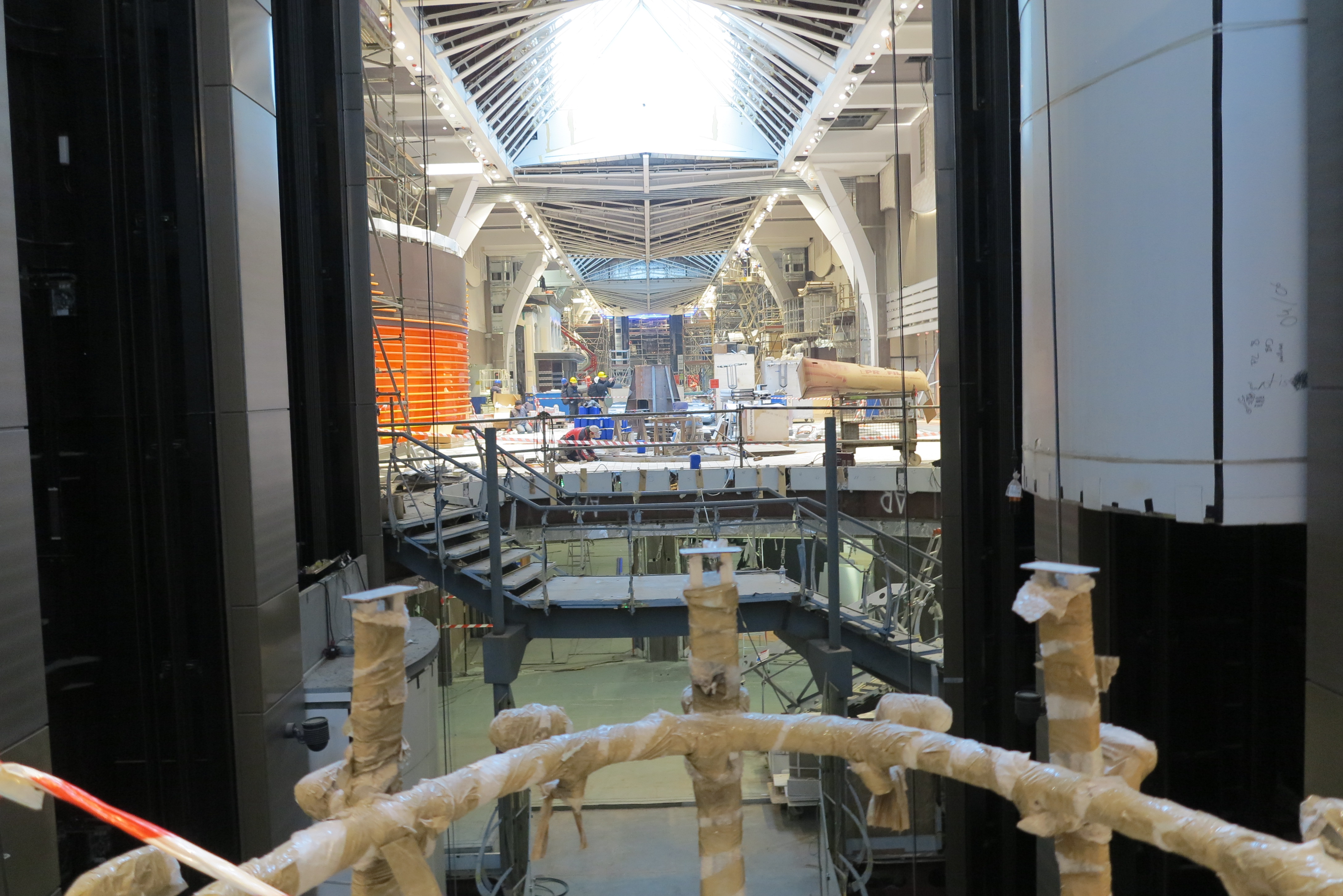 Plenty in store: This area will one day be the Royal Promenade 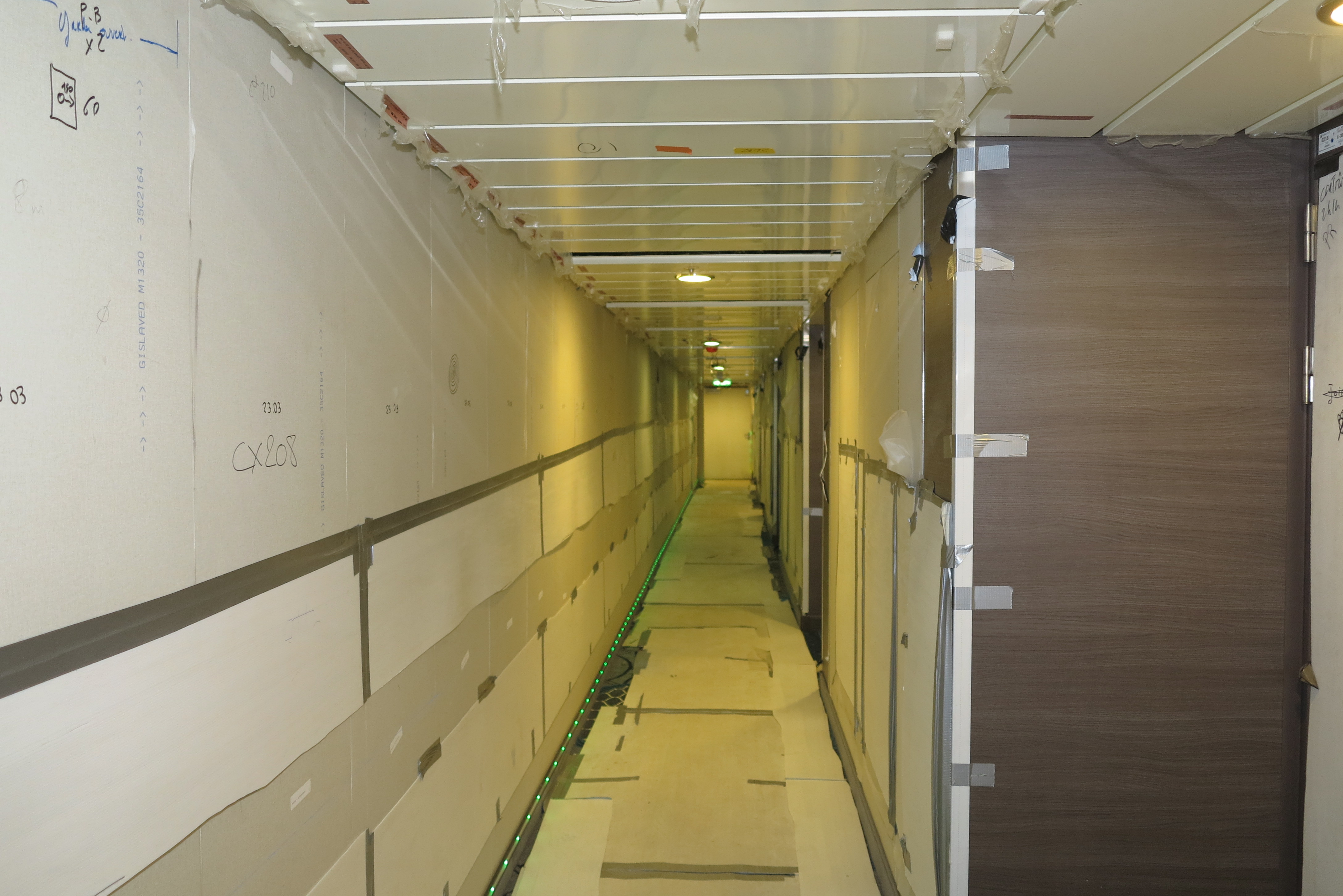 Cabin fever: A corridor with outside rooms 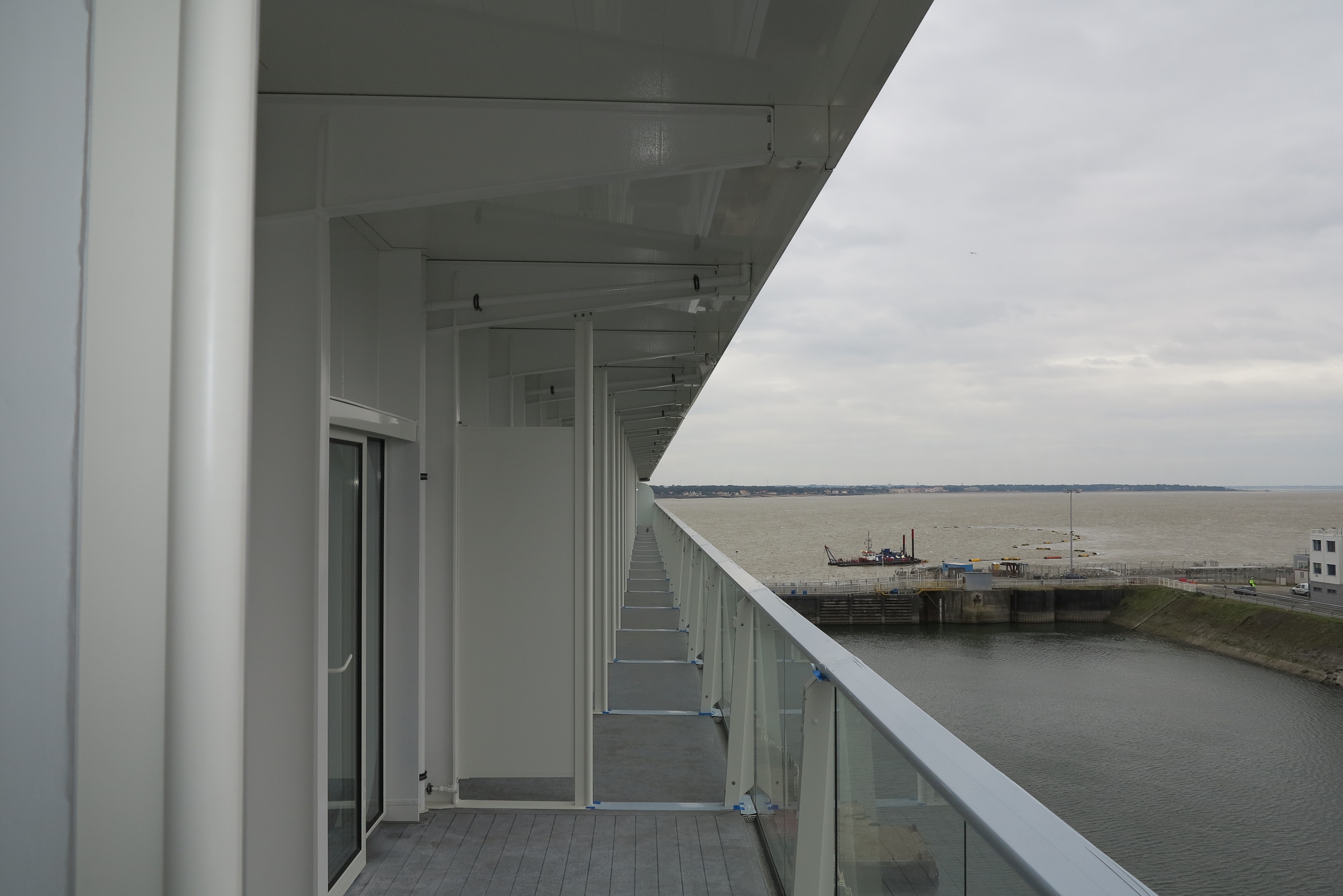 Outside edge: The balconies are larger than on sister ships 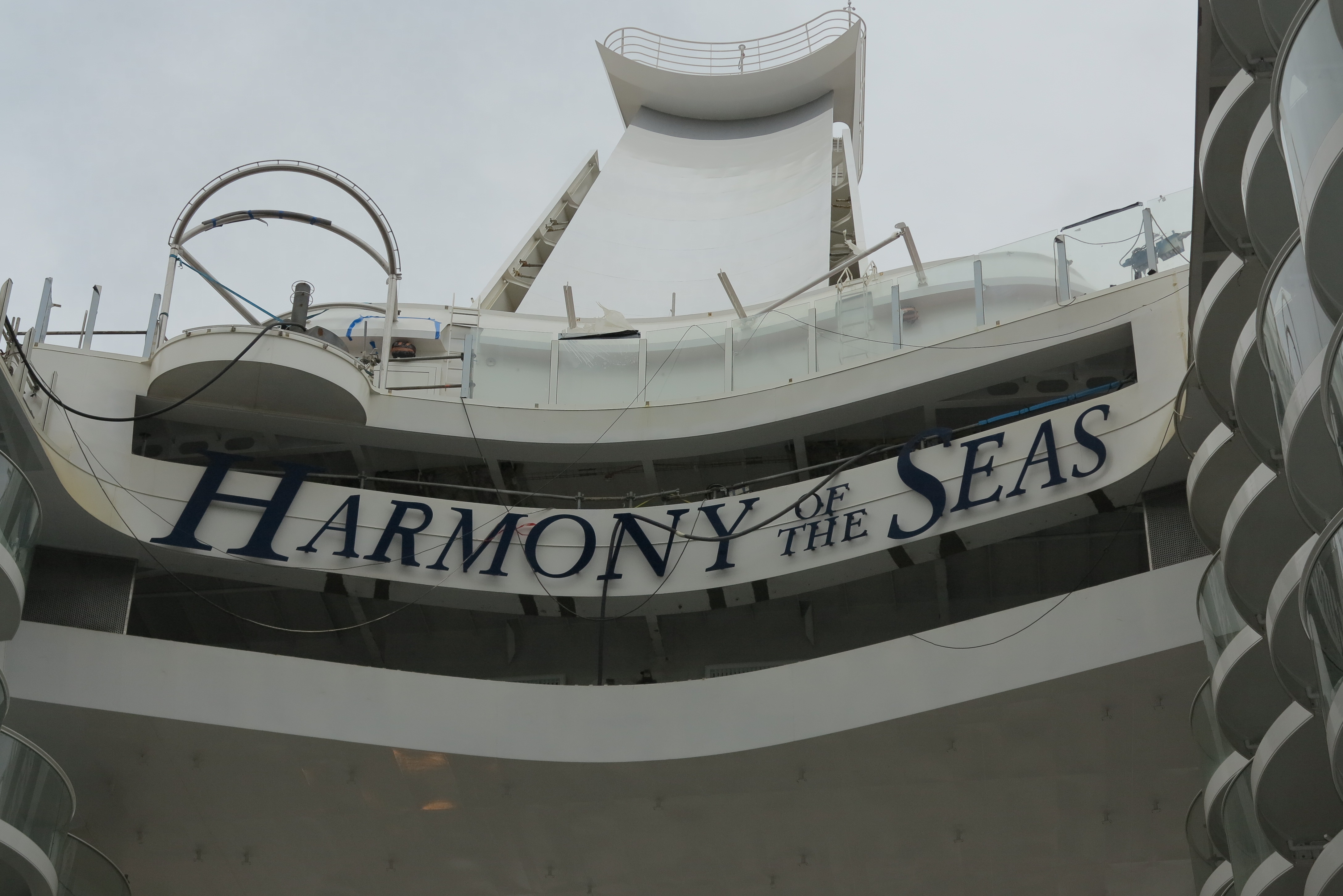 Sign of progress: A few cables hang over the ship’s name 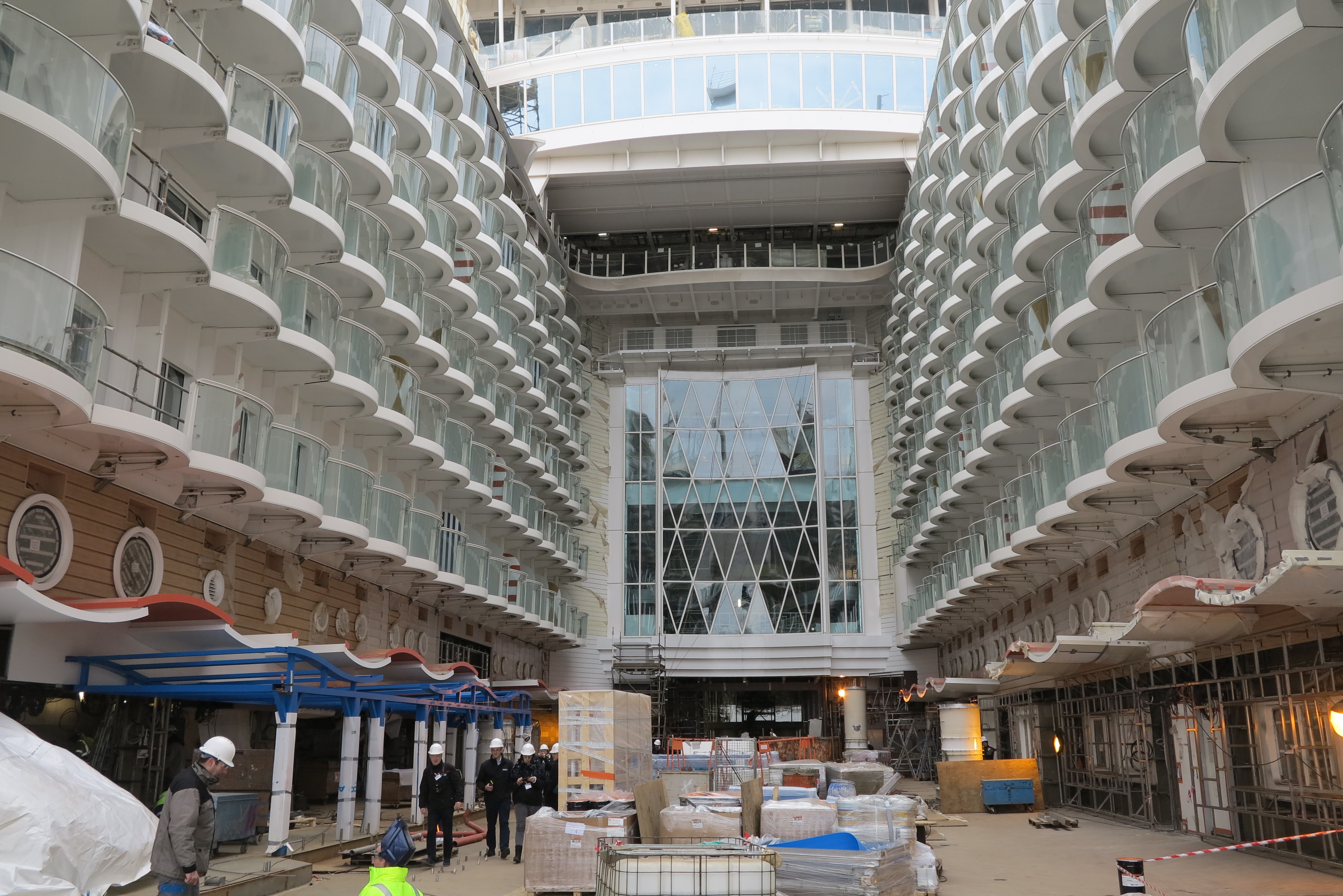 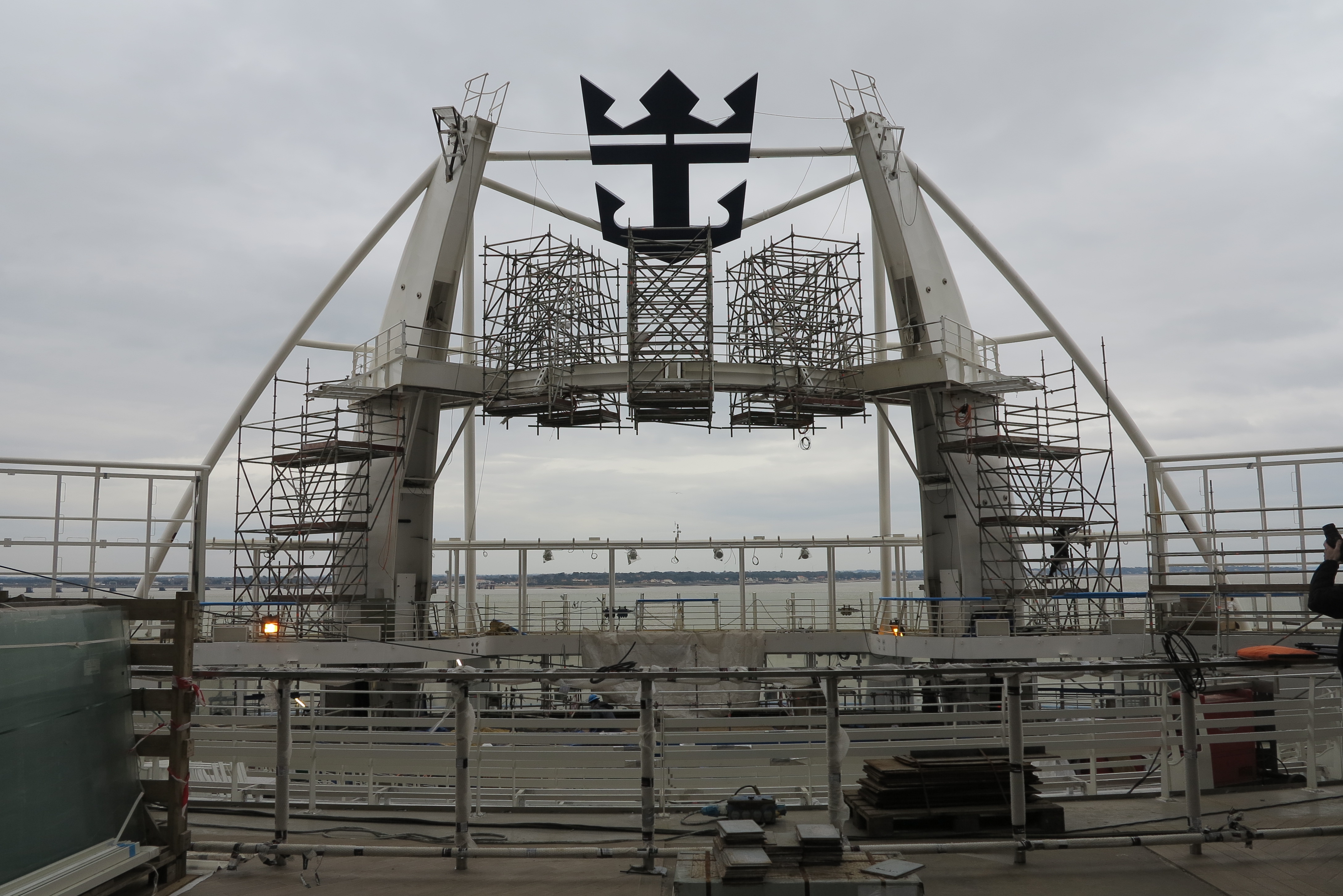 Aqua plain: The AquaTheater is far from finished 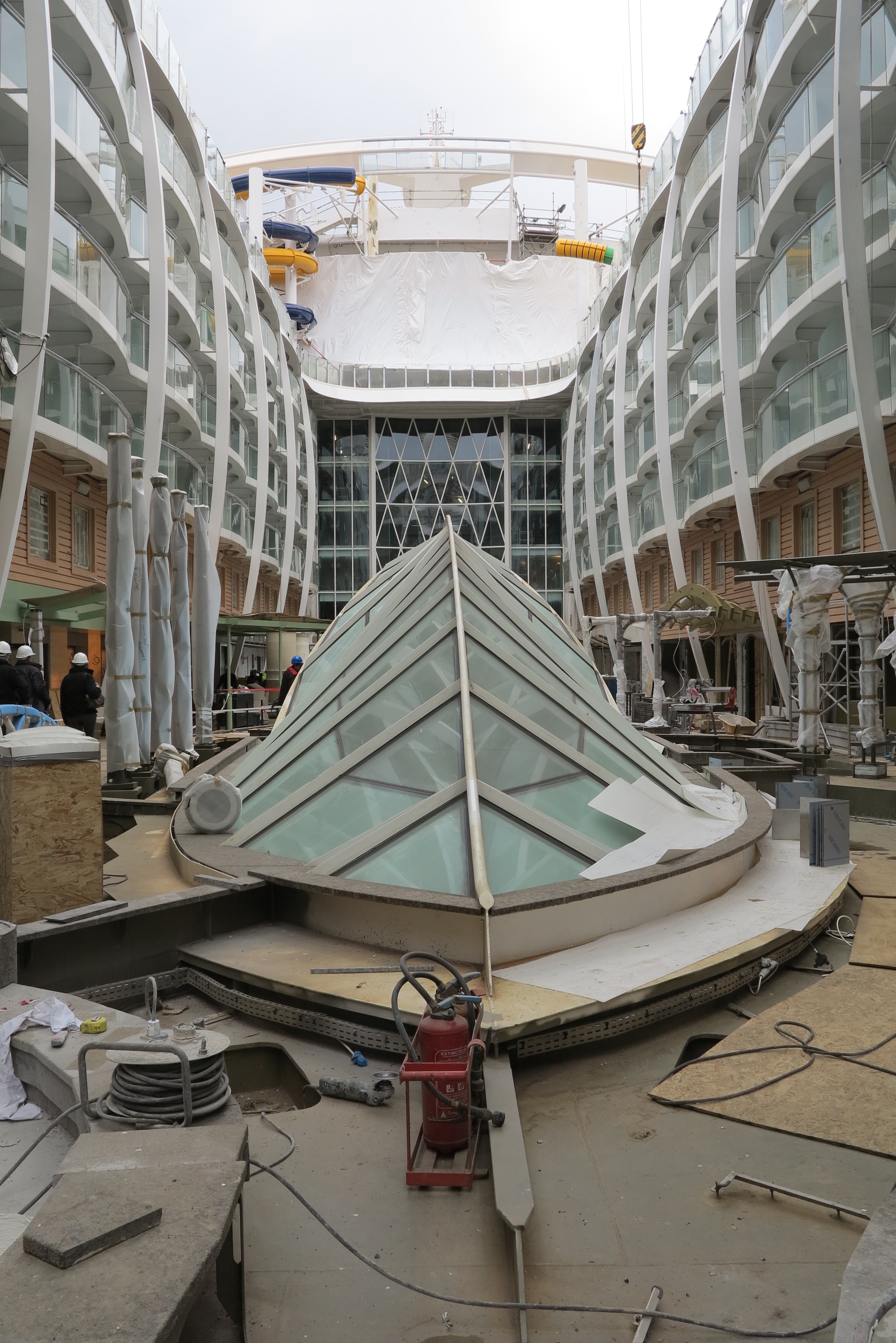 Park strife: Central Park is still devoid of its 12,000 plants and trees 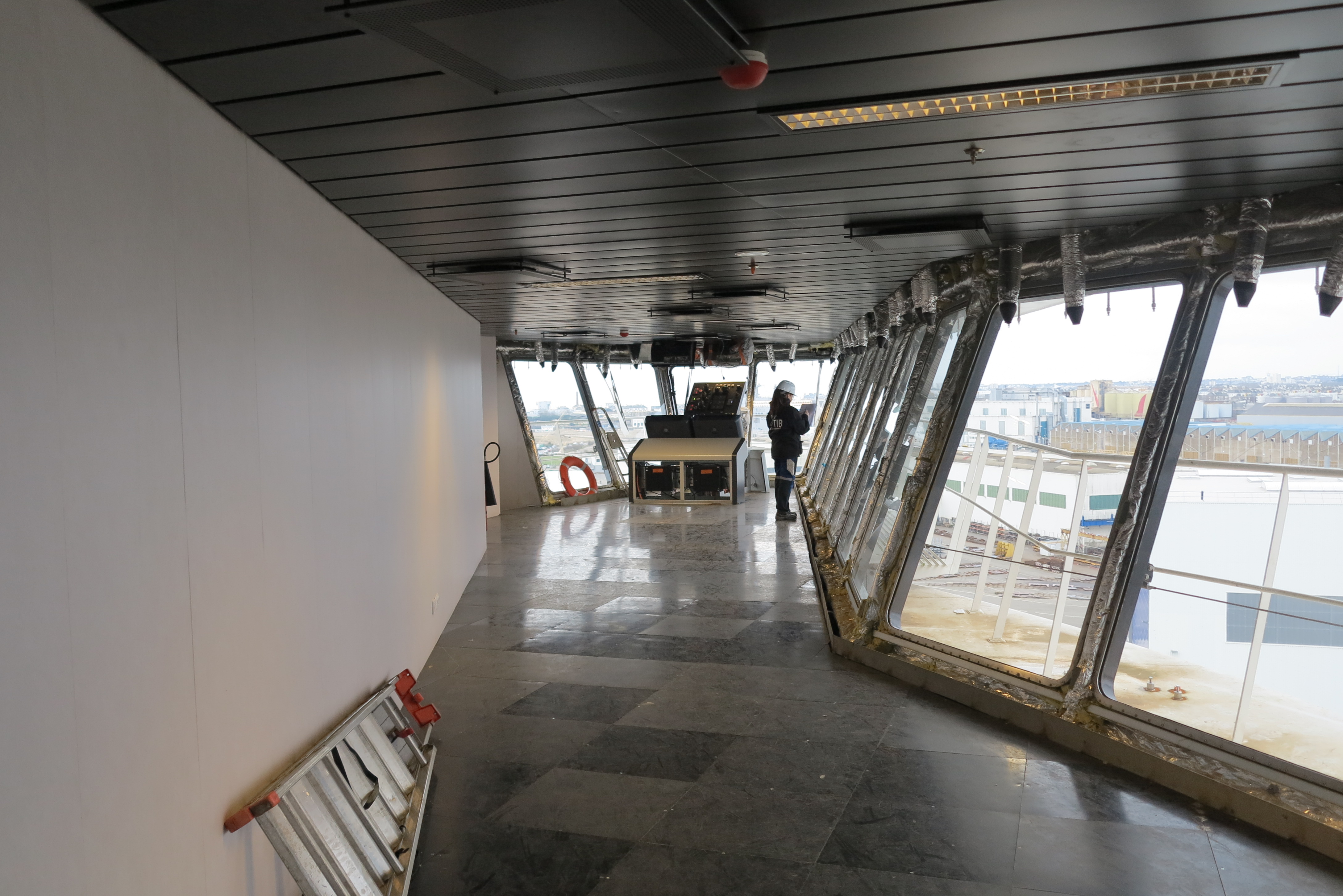 A bridge too far: The captain’s bridge is being built 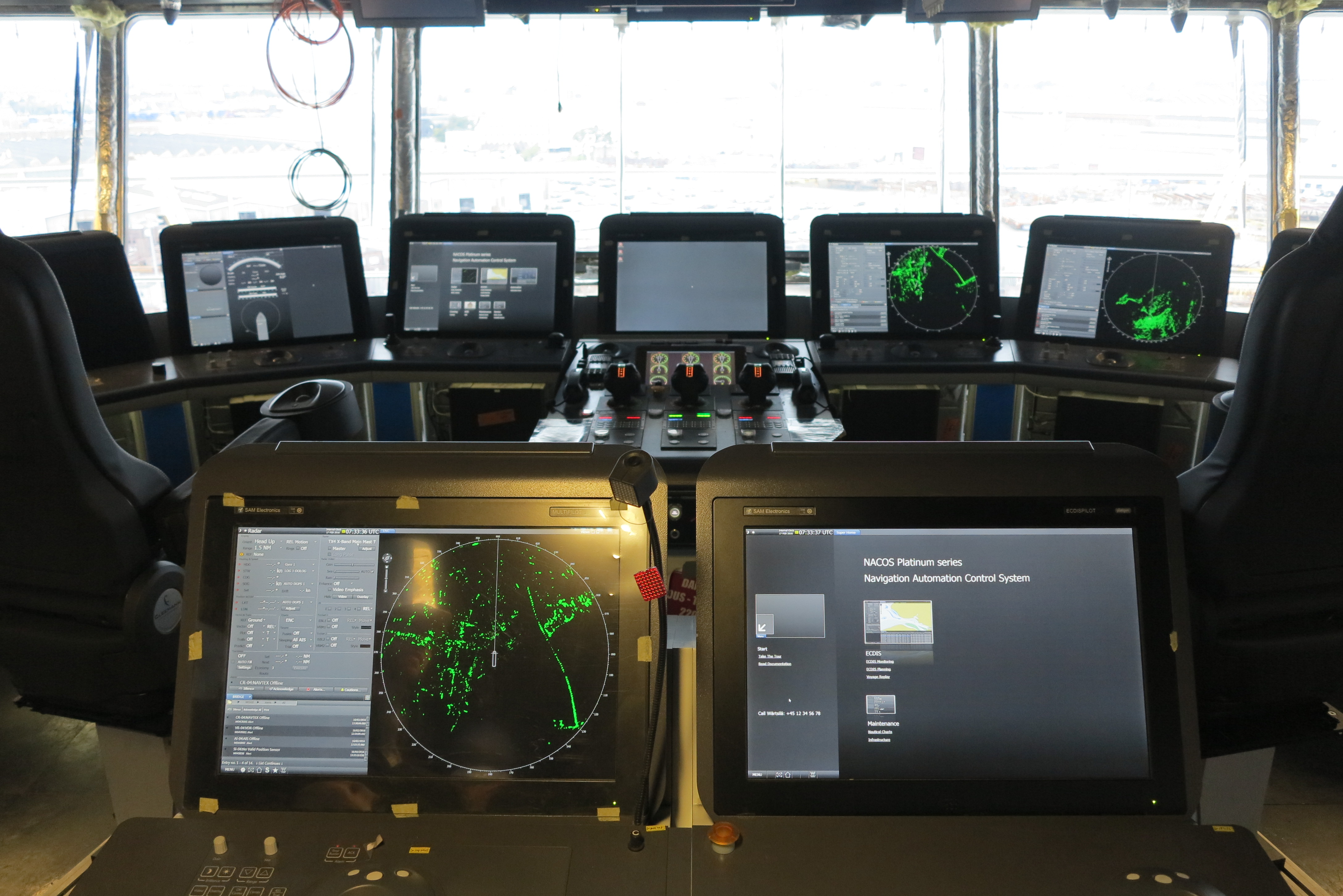 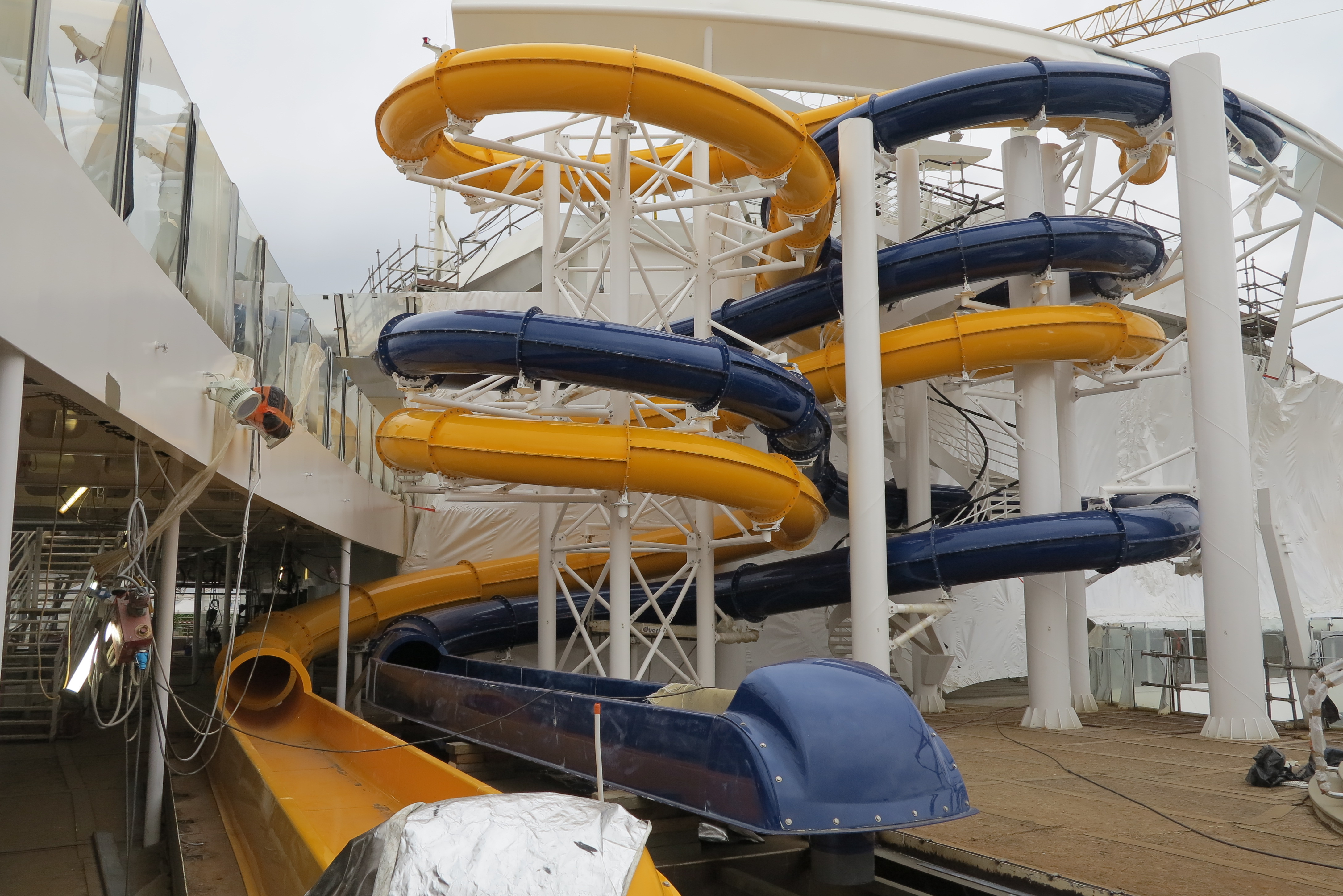 Water feature: Some of the slides 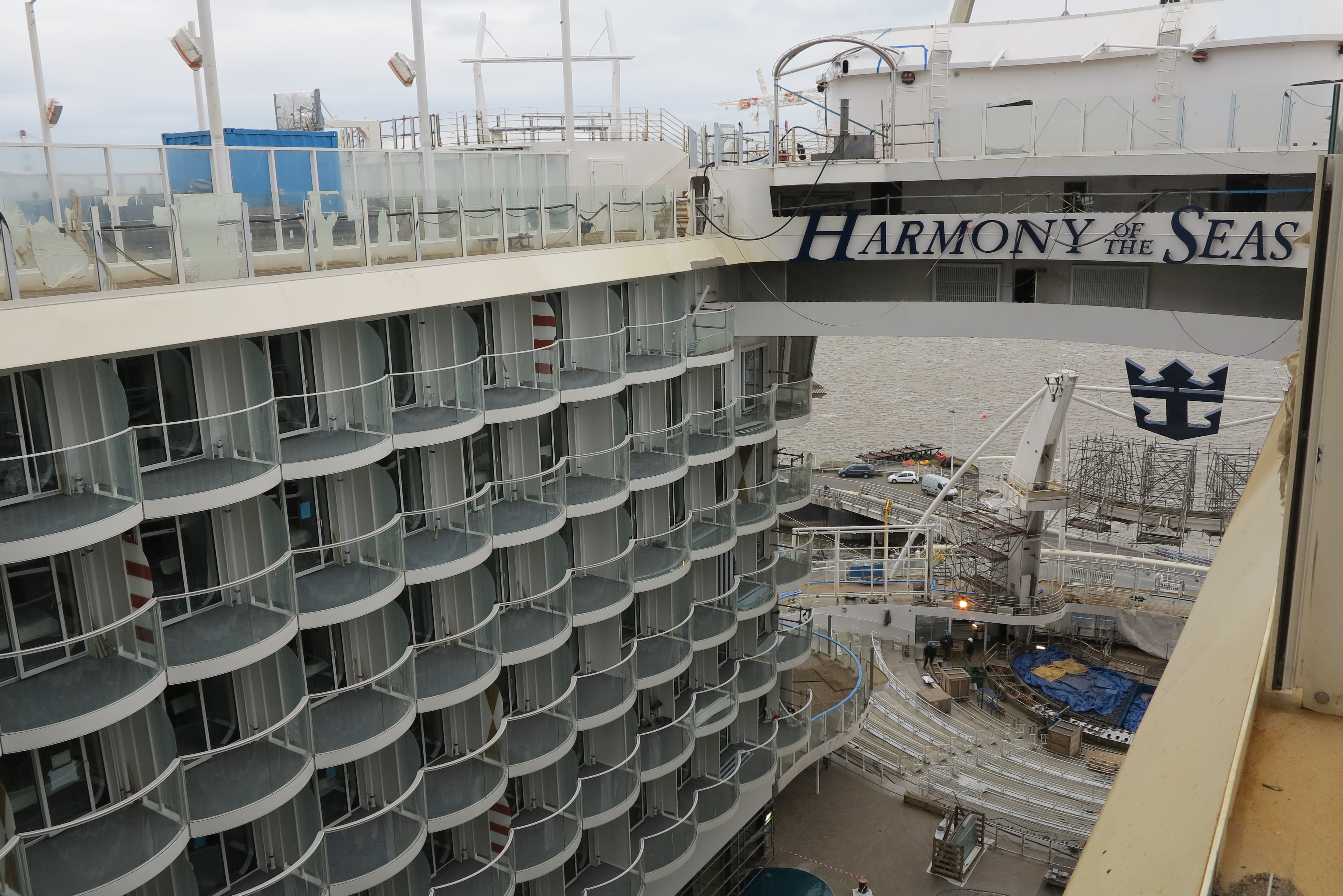 Cruise zip: The zip wire will run from above the Harmony sign 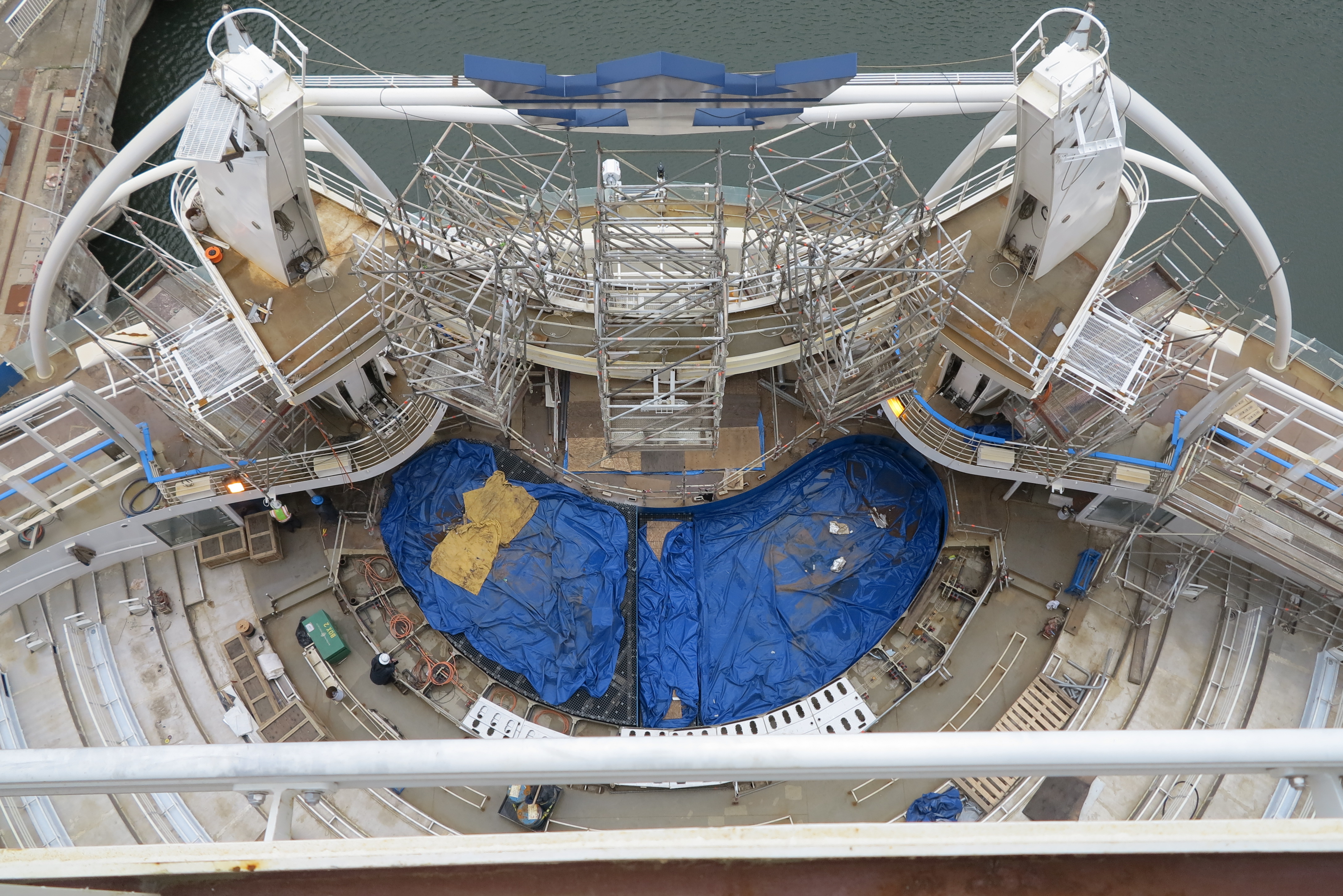 Long way down: The view of riders about to go on Ultimate Abyss 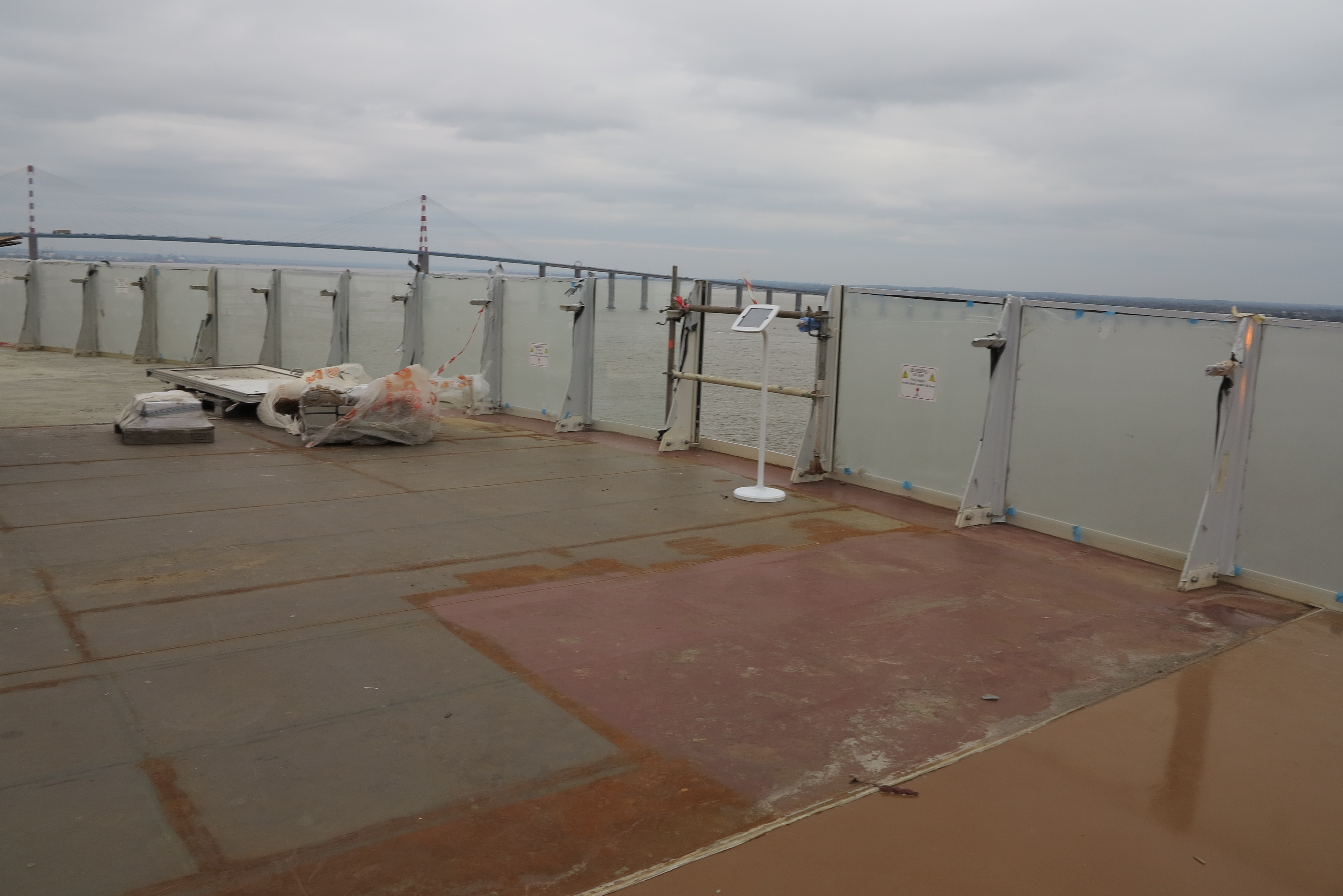 Still to come: A couple of metal poles mark the future entrance to Ultimate Abyss

A video of Ultimate Abyss as seen through virtual reality glasses

A video of the Ultimate Abyss shown at its construction point

2 thoughts on “Photo gallery of the world’s largest cruise ship, Harmony of the Seas, at its shipyard”