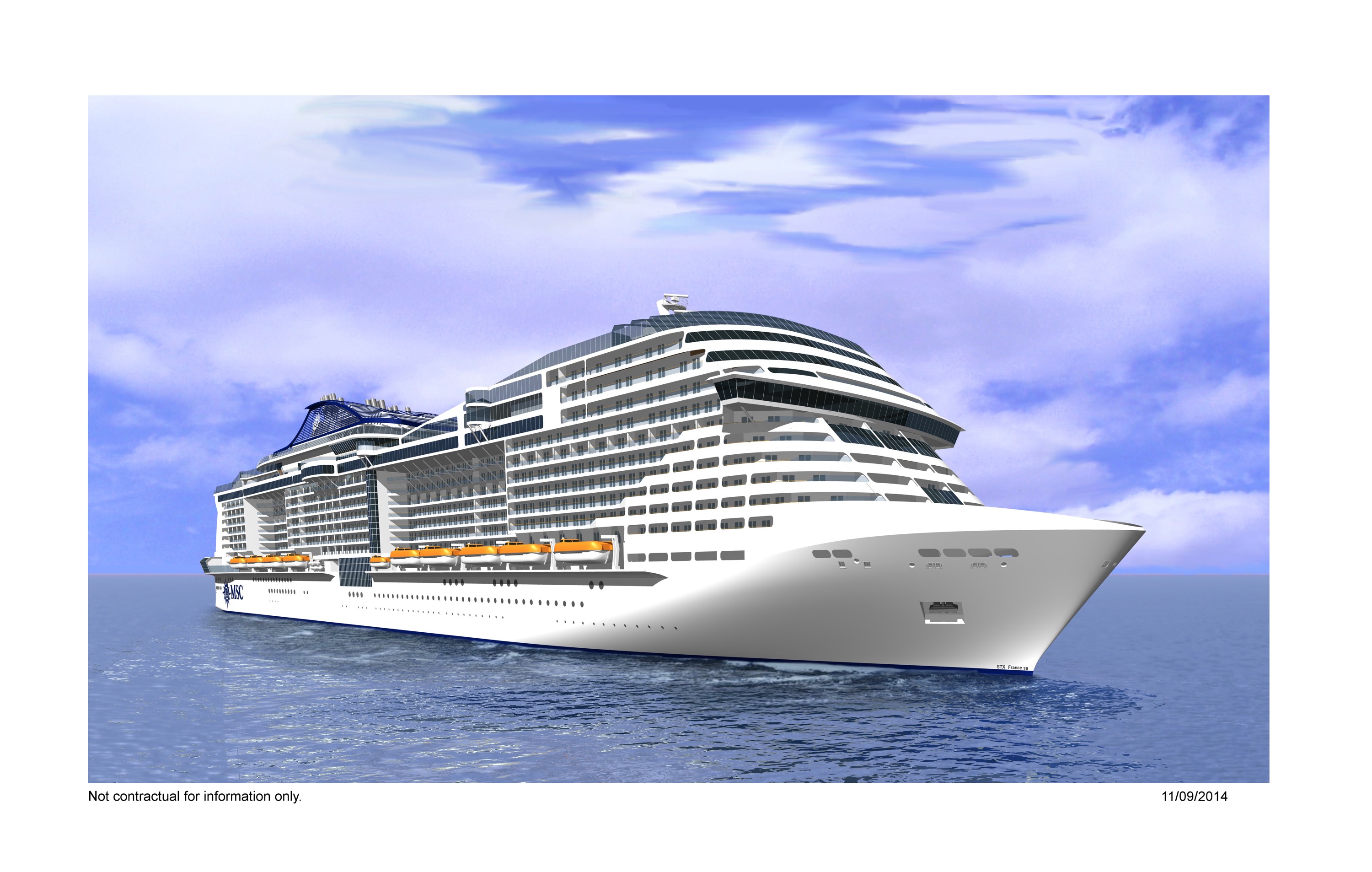 The name of MSC’s new Vista-class ship has just been revealed – it’s Meraviglia, which means wonder or marvel.

The announcement was made at the ceremonial steel-cutting for the start of construction at the STX France shipyard in Saint-Nazaire.

At 167,600 tons, the ship – due for delivery in May 2017 – is only fractionally smaller than Royal Caribbean’s new arrival, Anthem of the Seas, which I am visiting in Southampton today.

Meraviglia, which will carry 4,500 passengers, is the first of seven new ships in an ambitious €5.1billion plan to double MSC’s capacity by 2022.

It was described as ‘the biggest and most innovative cruise ship ever built by a global European-based cruise line’ by the company’s executive chairman Pierfrancesco Vago.

‘We chose a name that denotes a sense of awe and wonderment, because of the many stunning features planned. Today, building started on a true maritime marvel.’

The ship will have a large outdoor waterpark connected to a double-deck indoor amusement area. A two-deck interior promenade styled like a Mediterranean village, packed with shops, bars and speciality dining, will be covered by a 480sq metre LED dome ceiling. The screen will form a ‘digital sky’ beaming out images and visual shows.

Guests staying in the MSC Yacht Club will have the choice of duplex suites and be able to use its own solarium, lounge and fine-dining restaurant.

Elsewhere, large families will be able to use ‘cluster cabins’ which allow up to three staterooms to be linked together.

Bookings for Meraviglia, which will have three home ports – Genoa, Marseille and Barcelona – open in June this year.

It is the first of two identical ships on order from STX France – the second will be delivered in 2019. MSC Cruises has options for two other Vista ships to be delivered by 2022.

The first of the line’s Seaside-class ships will debut in November 2017.

MSC Cruises, which has grown by 800 per cent in onboard capacity since 2004, carried 1.67 million guests last year and is expecting a ten per cent growth this year.