Holland America may be gearing up to launch another ship – but its new president is just as keen to talk about the destinations it will take passengers… and how travel should be a force for good.

At a press lunch in Chelsea’s Kings Road, London, today, Orlando Ashford admitted he was ‘new to cruise’ but was learning fast, having taking his first voyage four days after starting in December last year.

As he unveiled pictures of the interior of Koningsdam, a 2,650-passenger ship launching next April, Mr Ashford said he had been impressed by the loyalty and passion of Holland America’s customers.

Asked what made it different from other cruise lines, he said it was the variety of destinations. Having lived abroad before, he believes travel helps break down barriers between people of different countries and beliefs which can lead to prejudice, distrust and fear.

Holidays on Holland America ‘are about memories and fun and food and music and cool pictures,’ he said. ‘That’s all great, but above that what I really believe we do is break down some of those barriers. If we can do more of that, it’s what the world needs.’ 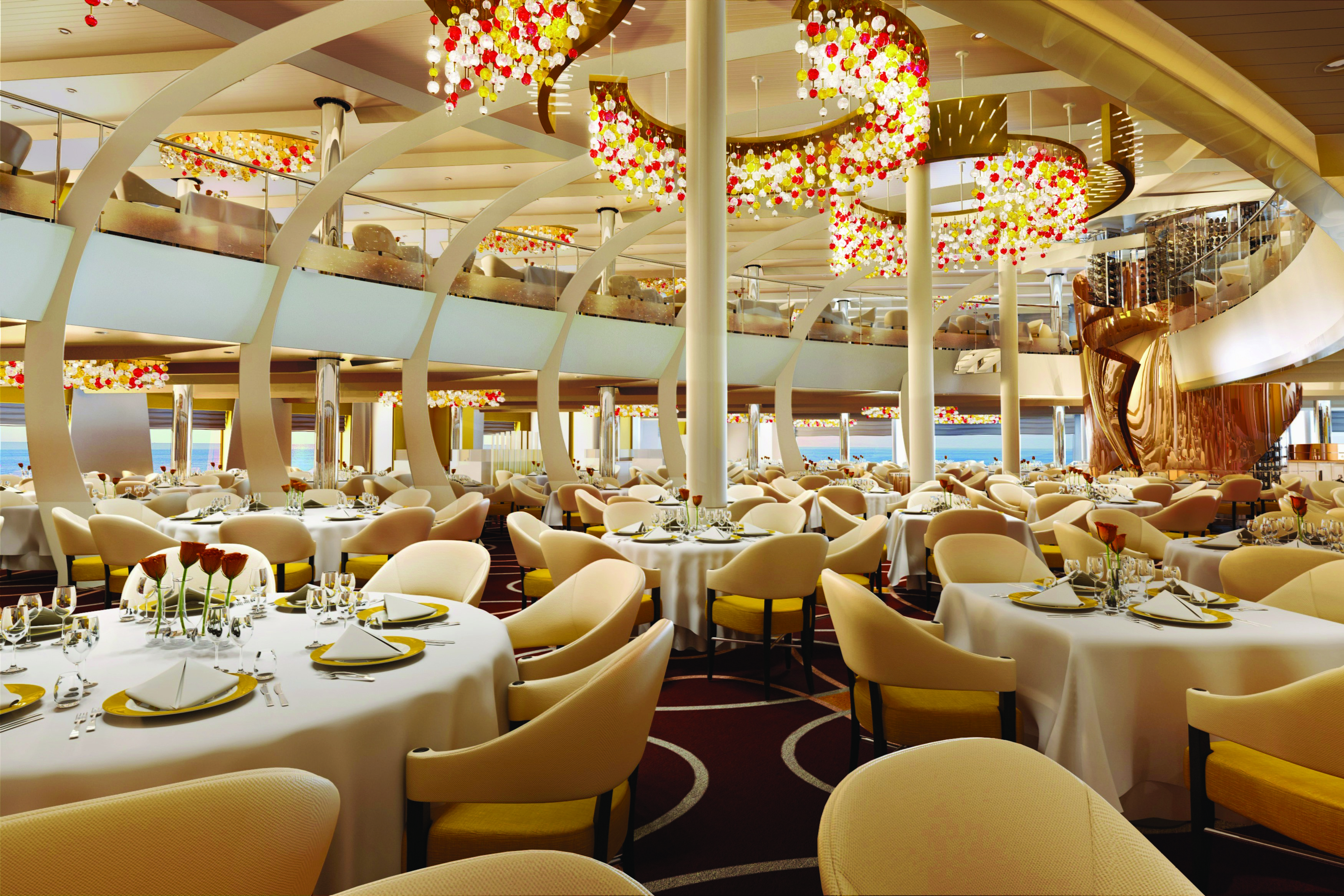 With a background in human resources for such names as Coca-Cola, Mr Ashford also wants to ensure the crew are properly looked after too.

On the ship – Koning means ‘king’ in Dutch – will be a Culinary Arts Centre that will host cooking demonstrations and classes from visiting celebrity chefs as well as the ship’s own experts. In the evening, it will transform into Dinner, a farm-to-table style experience where the chefs prepare dishes featuring ingredients grown in a glass-enclosed area just off the kitchen. 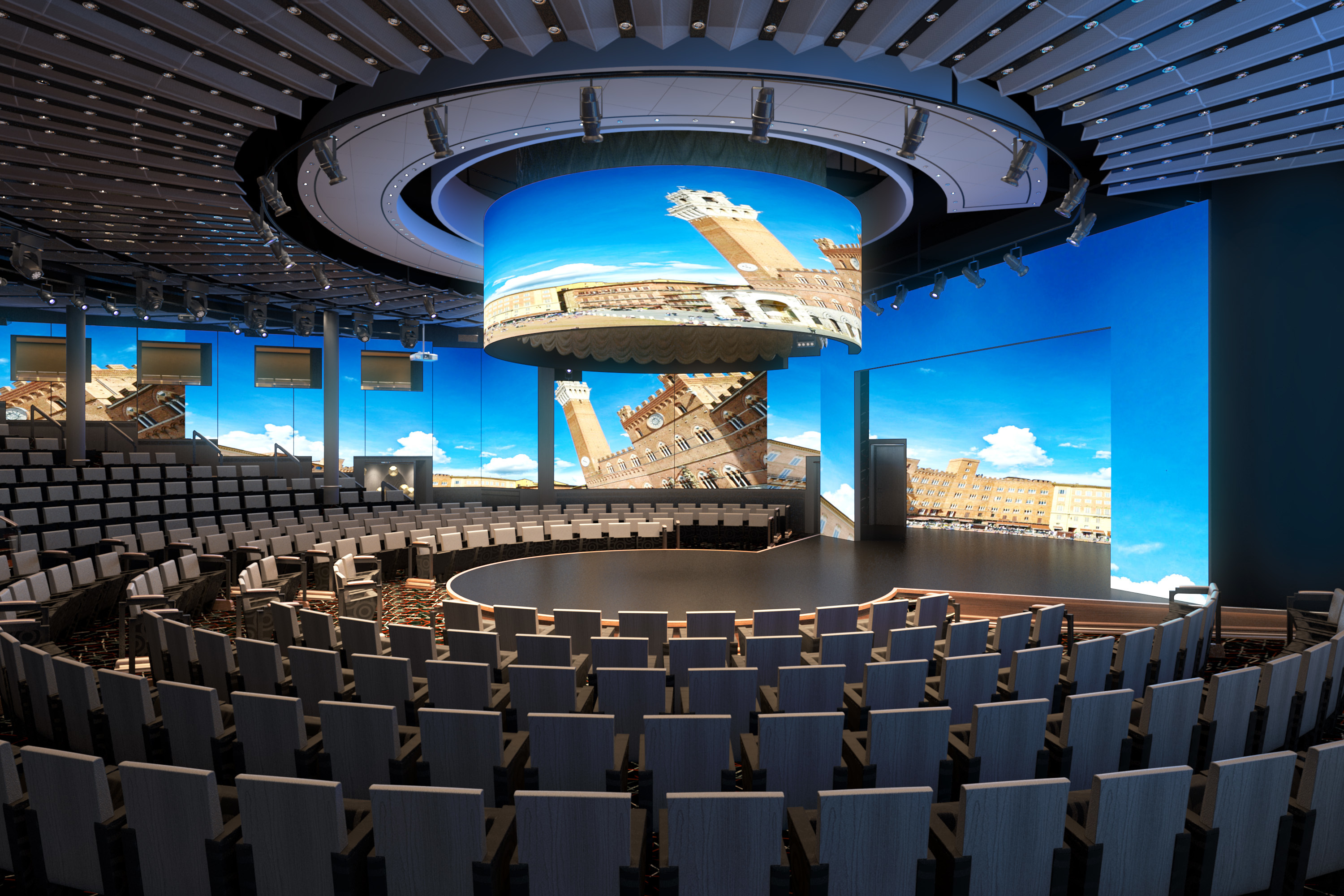 The new Grand Dutch Café – a nod to Holland America Line’s heritage – will serve Dutch-themed snacks and drinks, with Heineken on tap.

In a French seafood brasserie called Sel de Mer, guests will be able to choose their meal from fresh fish and shellfish displayed on ice in the centre of the room. Chefs will also go ashore whenever possible and bring back a ‘catch of the day’ for the evening’s menu. 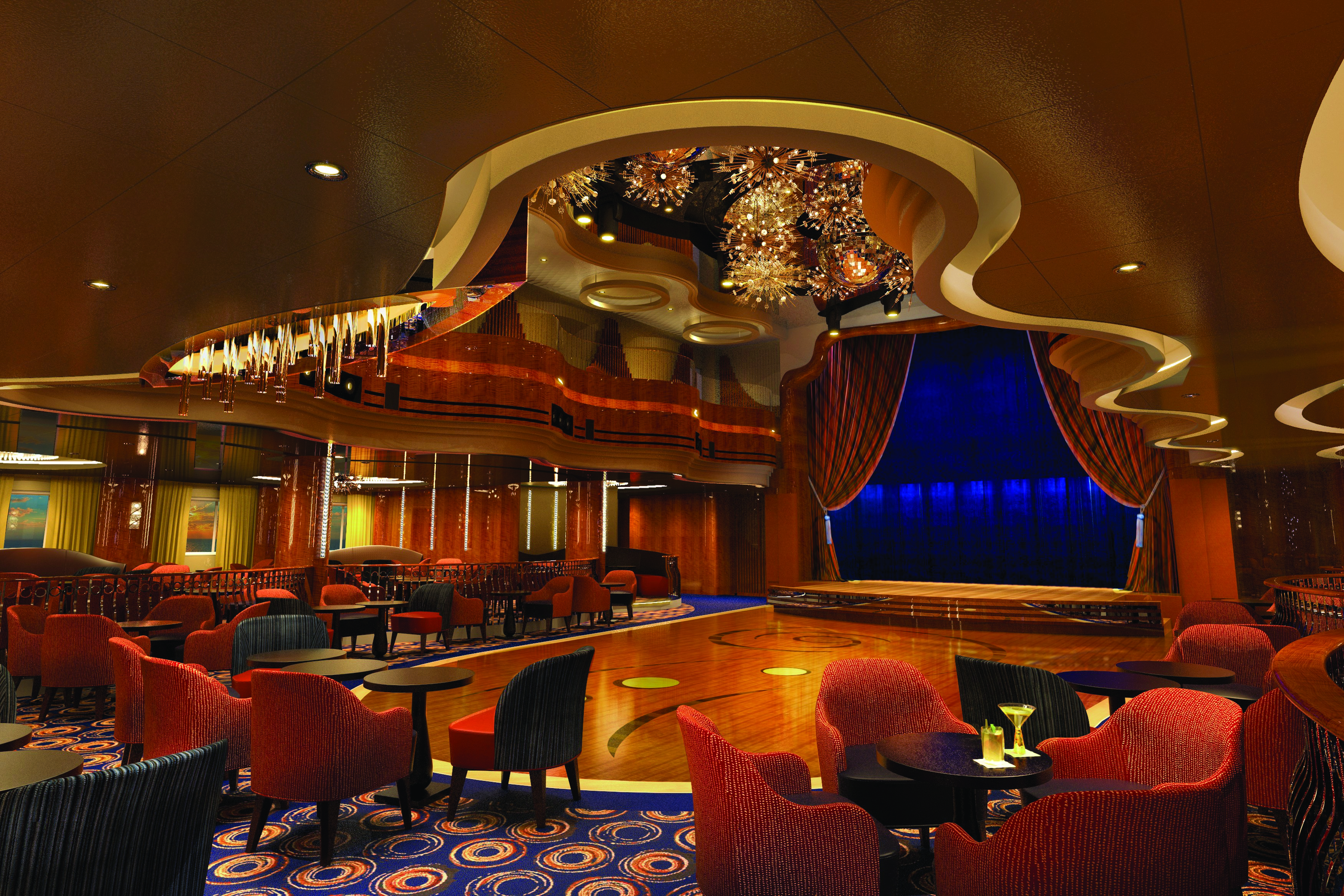 Fit for royalty: The Queen’s Lounge

The Pinnacle Grill, offering beef and steaks, will share a glass-enclosed wine room with Sel de Mer. Elsewhere, guests will be able to feast on Italian, Asian and sushi dishes.

Mr Ashford is particularly excited about the two-storey World Stage theatre with its 270-degree LED screen, hosting five new productions. Passengers will also be able to relax in BB King’s Blues Club. Koningsdam will be christened in Amsterdam on May 21, 2016 – and it seems the new president can’t wait to be on board. 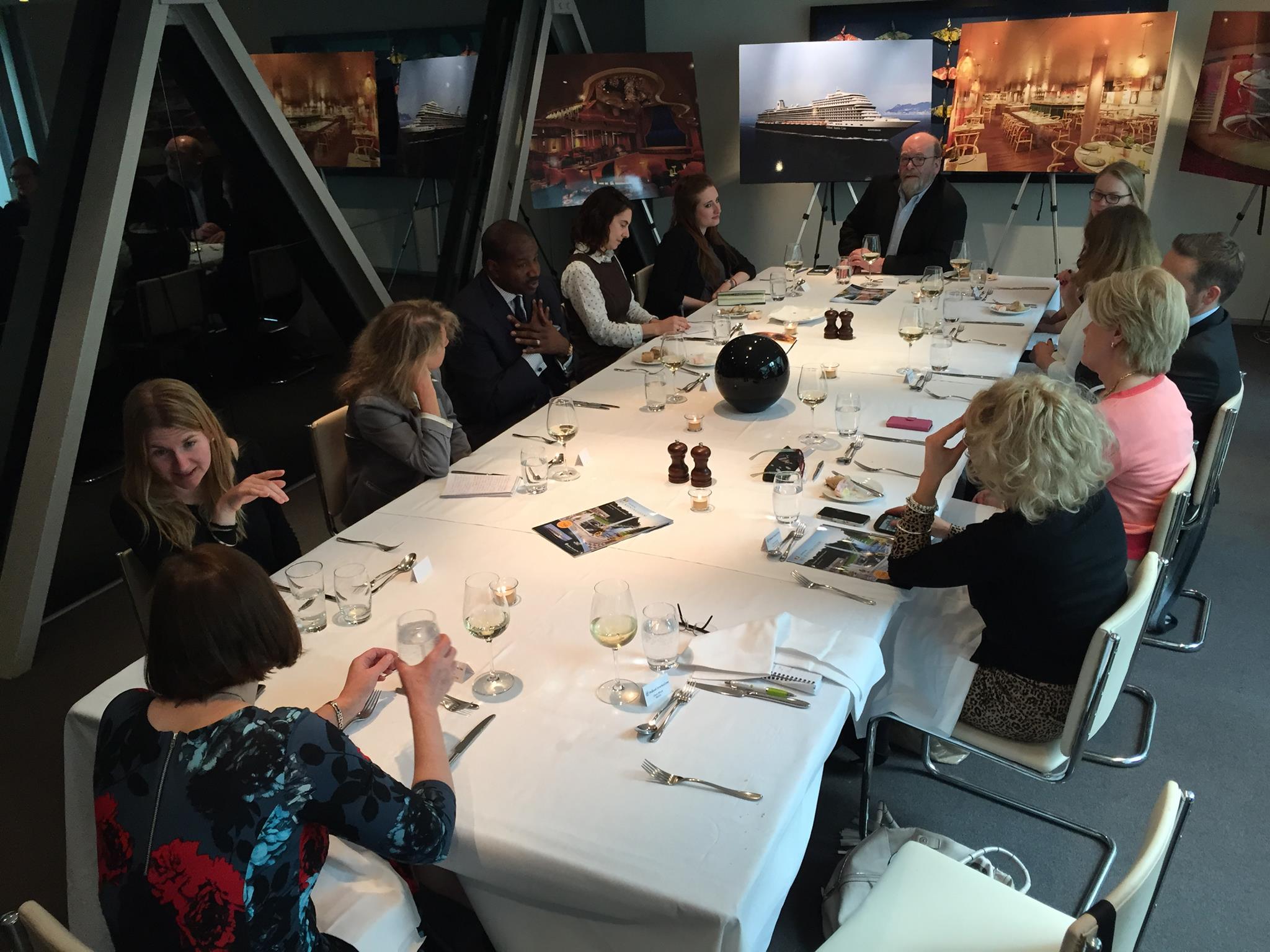