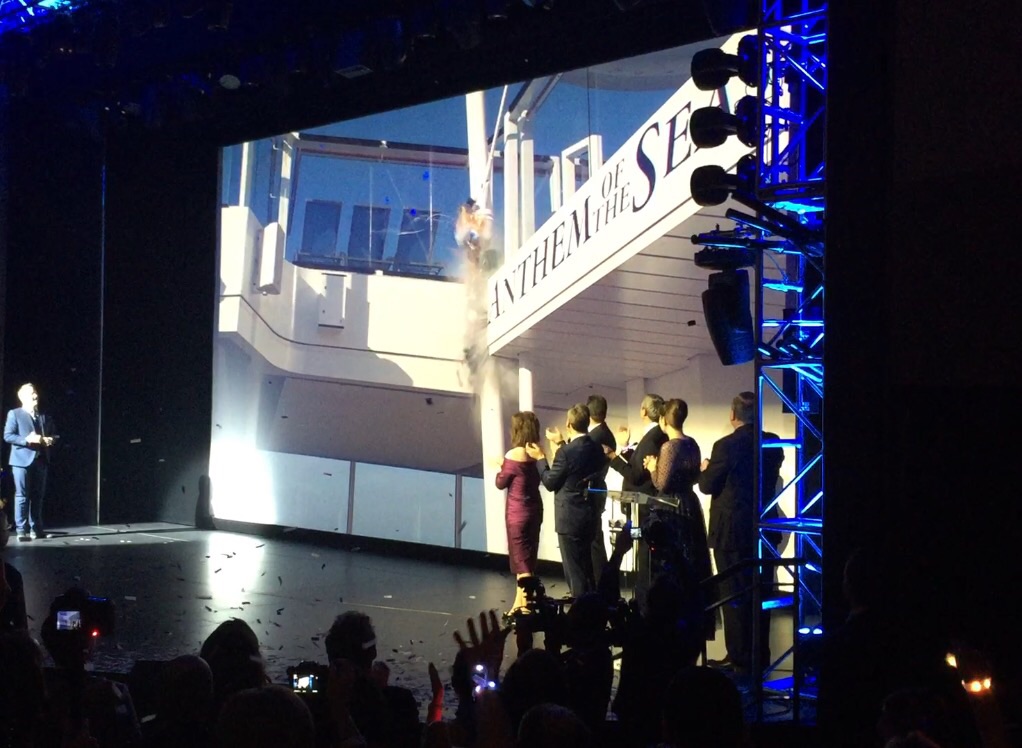 Smashing time: The moment the champagne bottle hit the Anthem nameplate, watched in the theatre by godmother Emma Wilby and other guests 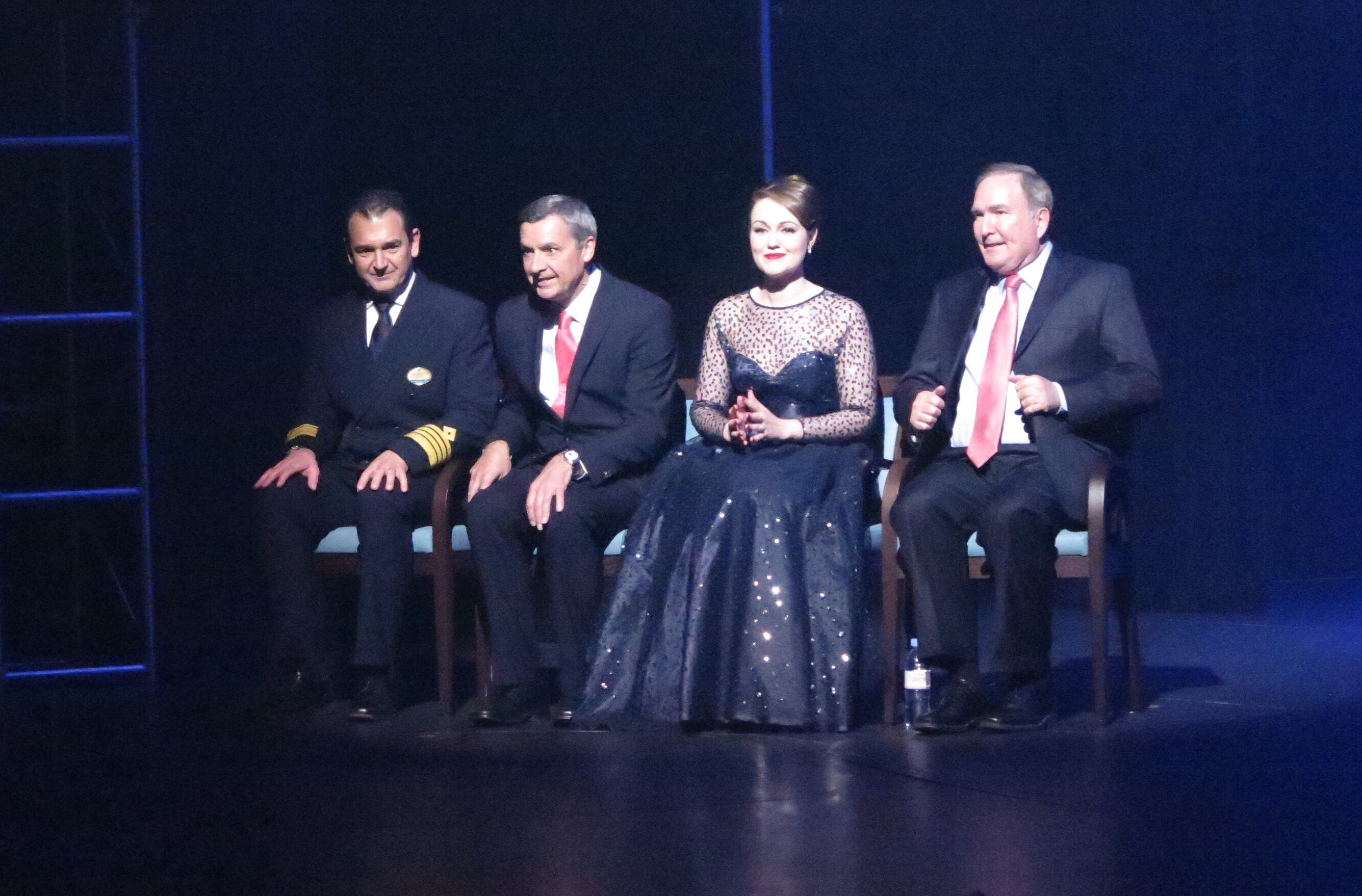 Royal Caribbean’s new baby has been christened. Travel agent Emma Wilby named the 167,800-ton Anthem of the Seas in Southampton after winning a singing talent contest to be the ship’s godmother.

Ready to pop: Ms Wilby gets ready to release the champagne bottle

Sunderland-born Emma, 27, gave a stunning performance of Katy Perry’s Firework before she declared: ‘I name this ship Anthem of the Seas’ and pressed a button to release a bottle of champagne which crashed down from the North Star pod to the nameplate.

The naming followed a performance of Paradise by Only Boys Aloud and remarks by Richard Fain, chairman of Royal Caribbean. He said Anthem was extraordinary because of the passion that had gone into it but also praised the crew – the ‘finest  feature of any of our ships’.

Introducing Ms Wilby, he said she embodied all the features required in a godmother – ‘grace, beauty, a social conscience and a spirit of adventure’.

Anthem will be the largest ship to homeport in Southampton. Among the features it shares with sister Quantum, launched last October, is a London Eye-style viewing pod which lifts passengers 300ft above the sea, a skydiving simulator, dodgem cars, virtual balconies for inside cabins, and robot bar tenders.

This time the stage show is the Queen tribute We Will Rock You, while Spectra’s Cabaret shows in the multi-screen Two70 arena.

In song: Only Boys Aloud

With no main dining room, passengers are able to choose between 18 restaurants, including Jamie Oliver’s Italian.

The christening comes just a month after rival P&O Cruises ship Britannia was named by the Queen in Southampton. 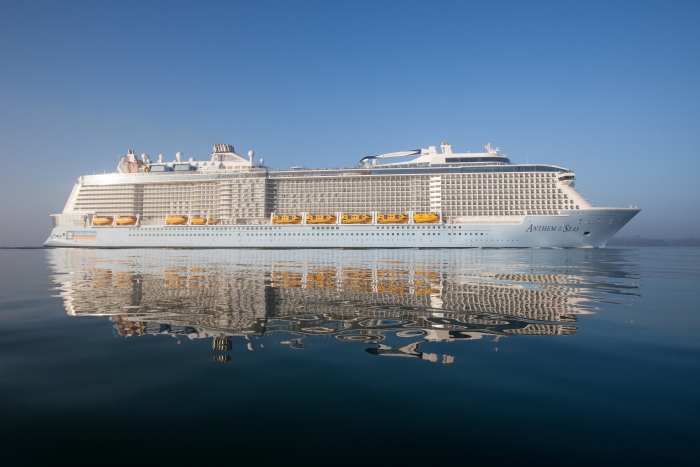