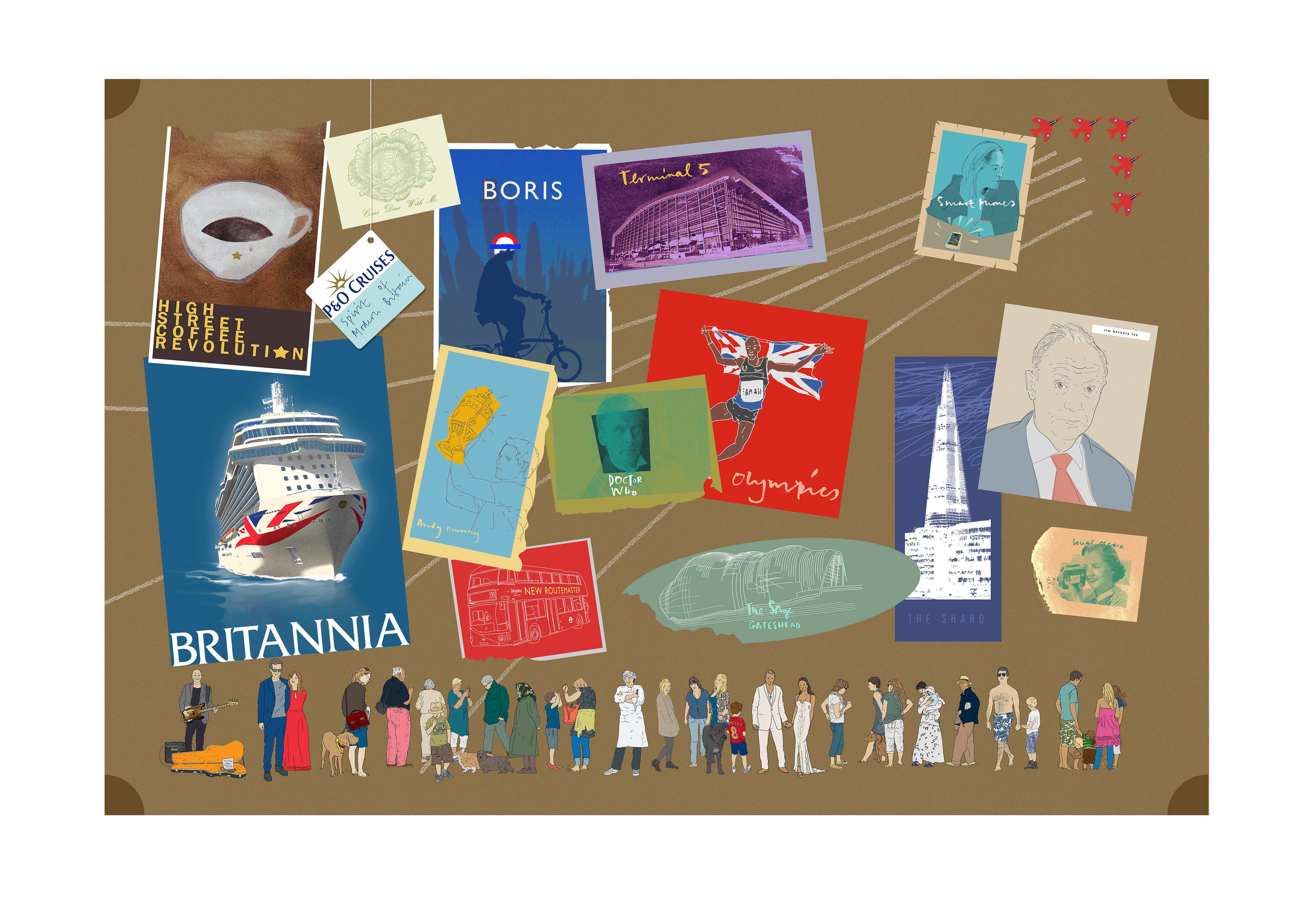 Boris, Terminal 5 and Doctor Who… among the icons of modern Britain 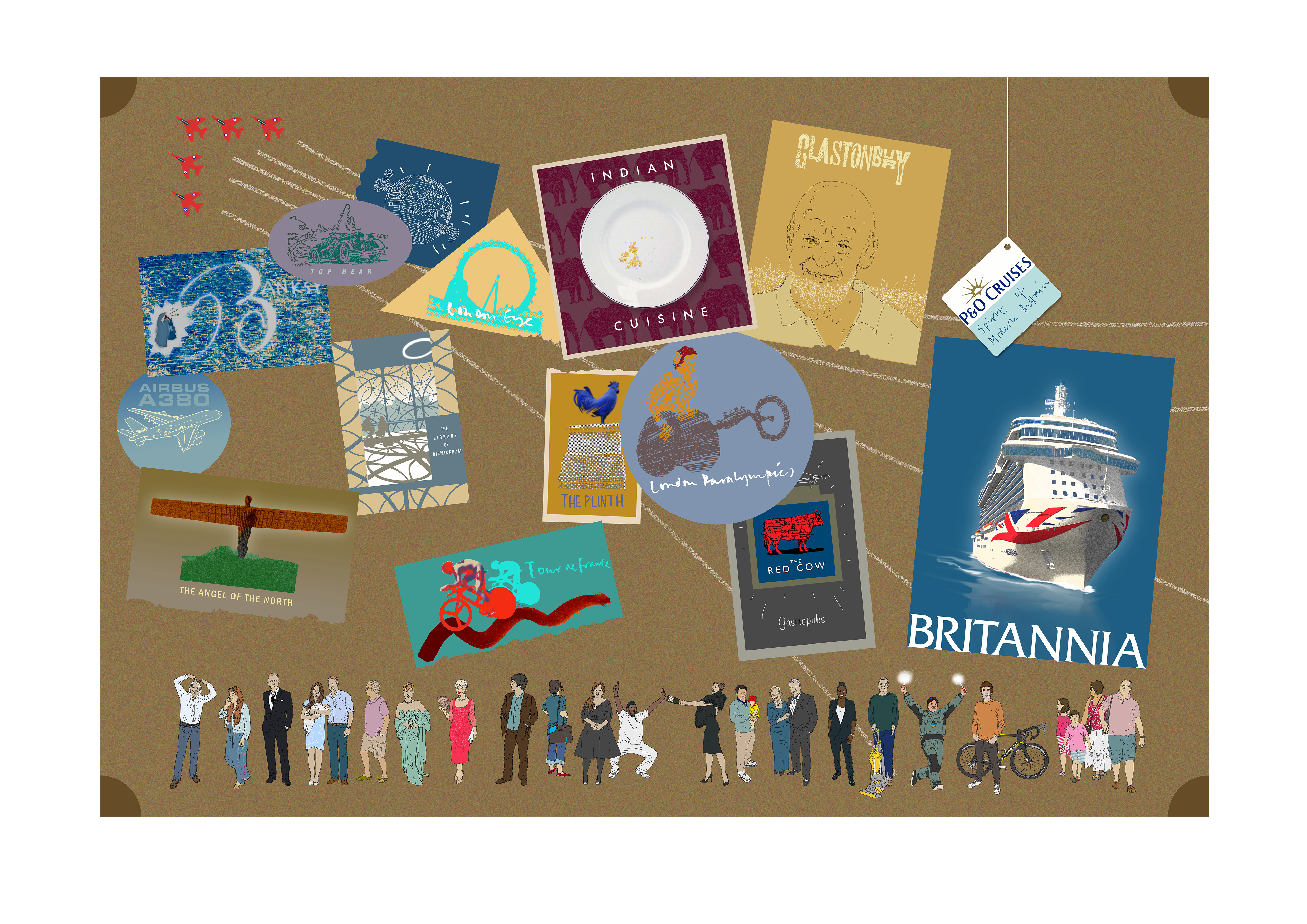 National treasures… Indian cuisine, the Angel of the North and Banksy

Please scroll down for video

Doctor Who, Andy Murray, Strictly Come Dancing and the Angel of the North – all British icons that will be featured in artwork on P&O Cruises’ new ship Britannia next year.

Other national treasures, such as queuing, the London Eye and Bradley Wiggins, are included in the paintings by Johnny Bull (see full list at bottom of story).

The two pieces of art will hang together on Britannia when it is launched in March.

Thousands of suggestions from the public on Twitter and Facebook were whittled down for the final selection.

‘The theme – the spirit of modern Britain – provided us with some fascinating suggestions,’ said Bull. ‘I had great fun coming up with an eclectic mix of images that truly sums up how the public feels about Britain in the 21st century.’

The ship will also feature a range of 70 bottled beers, ales and ciders from 56 British counties, it was announced today. Brews will include Orchard Pig Reveller, Knight of the Garter, Rutland Panther and Speyside Oak Aged Blonde.

The Great British Beer Menu will be available in Brodie’s, a classic pub named after one of P&O’s founders, Brodie McGhie Wilcox.

Here’s a complete list of who and what are in the artworks:

Here is a video of artist Johnny Bull talking about the artwork: