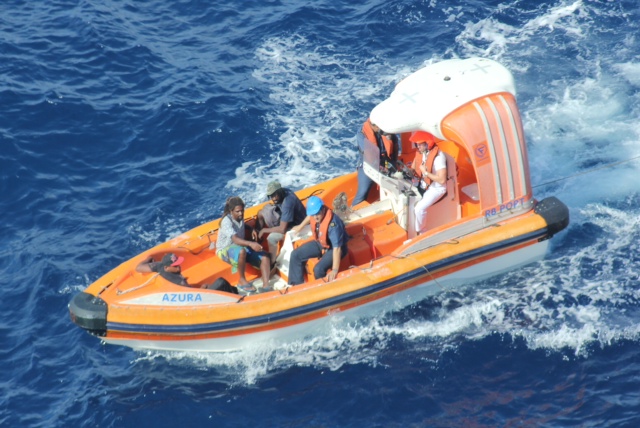 Rescued: The three fishermen are picked up by Azura crew (Picture: P&O Cruises)

Three fishermen believed to have been adrift at sea for three days were rescued by the P&O Cruises ship Azura yesterday.

The men – said to be ‘in poor physical condition’ – were picked up by the Southampton-based ship from a small boat off the coast of Grenada in the Caribbean.

On board, they were inspected by the ship’s medical personnel before being taken by the coastguard with their boat to Grenada. 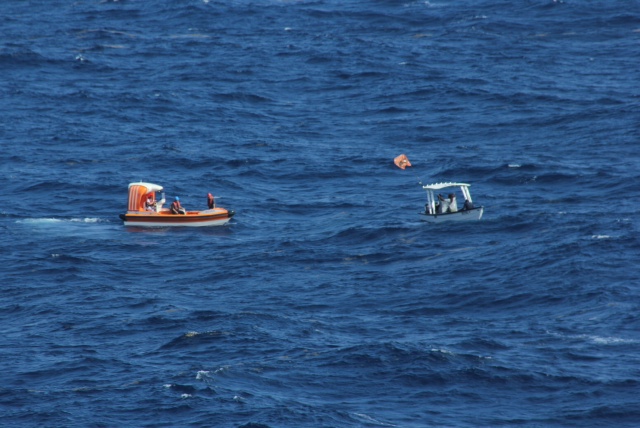 ‘As required both by international maritime law and the duty of all at sea, we have to assist any vessel or seafarer in danger,’ said P&O Cruises marketing director Christopher Edgington. ‘We commend the actions of Azura’s captain and crew, who performed admirably acting swiftly to save other seafarers.’

A passenger on board Azura, Paul Morrison, said on Facebook: ‘Apparently they were fishermen from Barbados who’d been drifting at sea for three days after they had lost power. 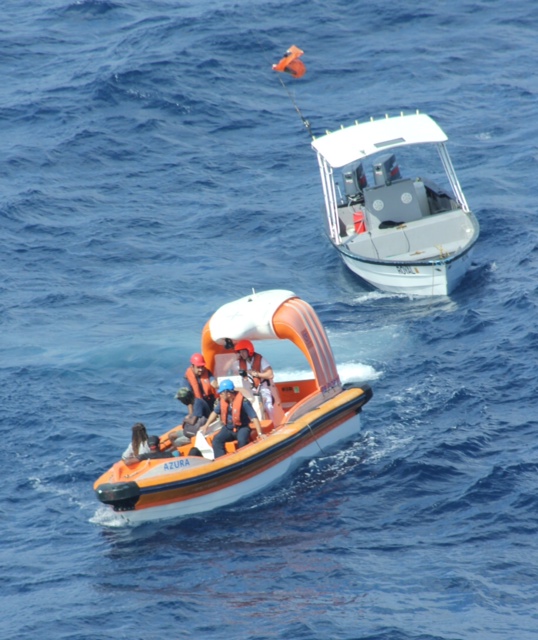 The rescued fishermen and their craft (Picture: P&O Cruises)

‘I guess Azura probably saved their lives. Nice to know we made a difference.’

Azura now continues to Castries, St Lucia, where she is expected to arrive on schedule today.