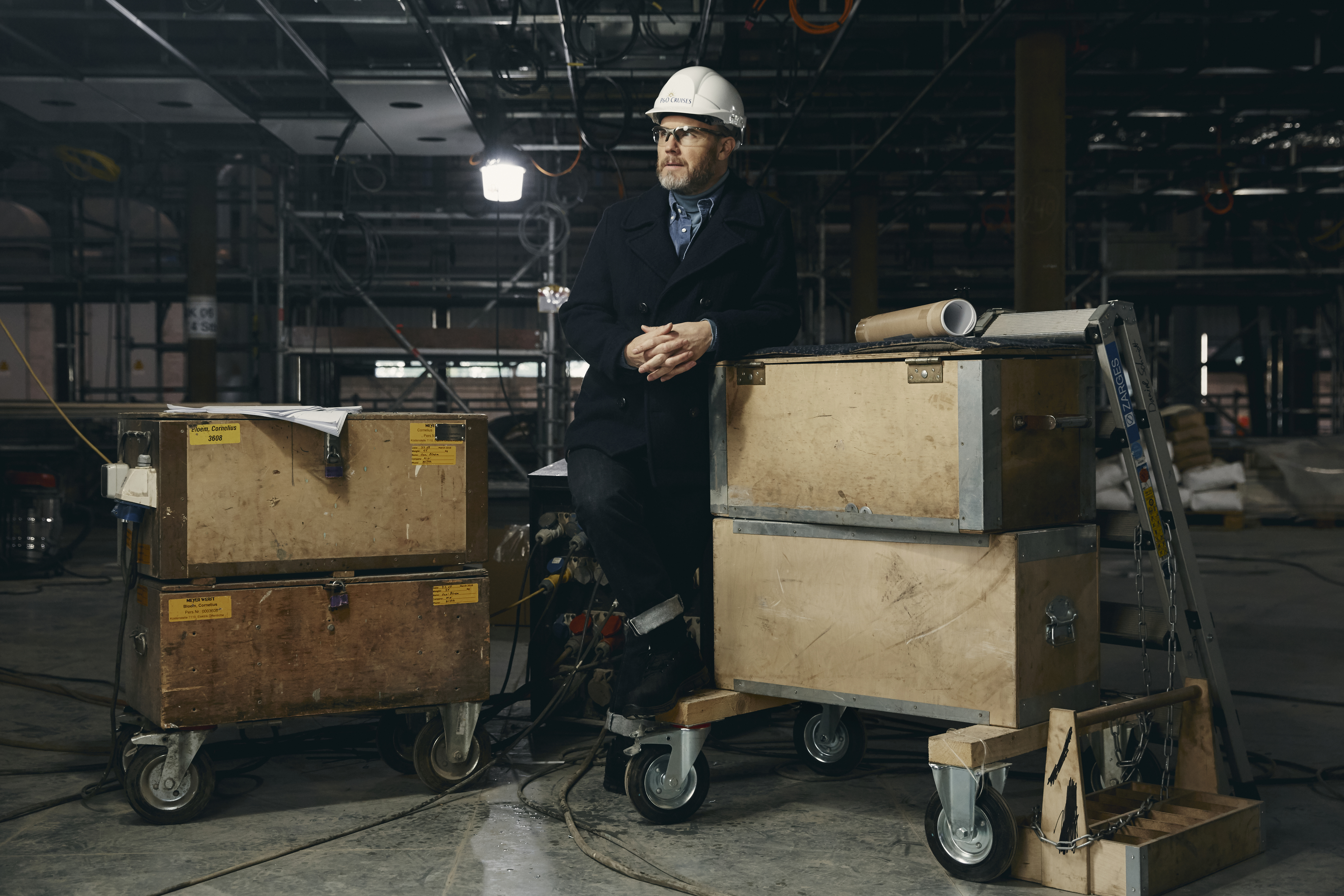 On board: Barlow visiting Iona in the shipyard (Picture: P&O Cruises)

Editor’s note: The dates in this article are now invalid due to the Covid pandemic

Take That star Gary Barlow will perform at the naming ceremony of P&O Cruises ship Iona and join passengers on two cruises, it has been announced.

The singer, songwriter and producer sang at a special event organised by the cruise line in London last night.

Barlow’s debut role will be as musical director of The 710 Club on Iona, which will be launched in May. P&O Cruises says he will make the intimate music bar ‘the most exciting live music venue at sea’ featuring up-and-coming musicians.

He will perform at Iona’s naming celebration which kicks off Ionafest, a seven-night cruise to the Norwegian fjords from Southampton on July 4.

Barlow will also join guests on two Iona holidays in 2020 for exclusive performances – Iona GO18 departing Southampton on August 29 for the Norwegian fjords and Iona GO25 leaving Southampton on October 31 for Spain and Portugal.

P&O Cruises says: ‘Tickets for the performances are limited and will go on sale on a first come, first served basis prior to the holiday at a cost of £25 per person (maximum four tickets per holiday booking). All proceeds from ticket sales will be donated to two charities – Child Bereavement UK and Teenage Cancer Trust.’

Barlow told the London event that he hopes to be on board Iona ‘many times’. He said he would be at the naming ceremony ‘to sing a few songs on board’. ‘I love a gig,’ he added. 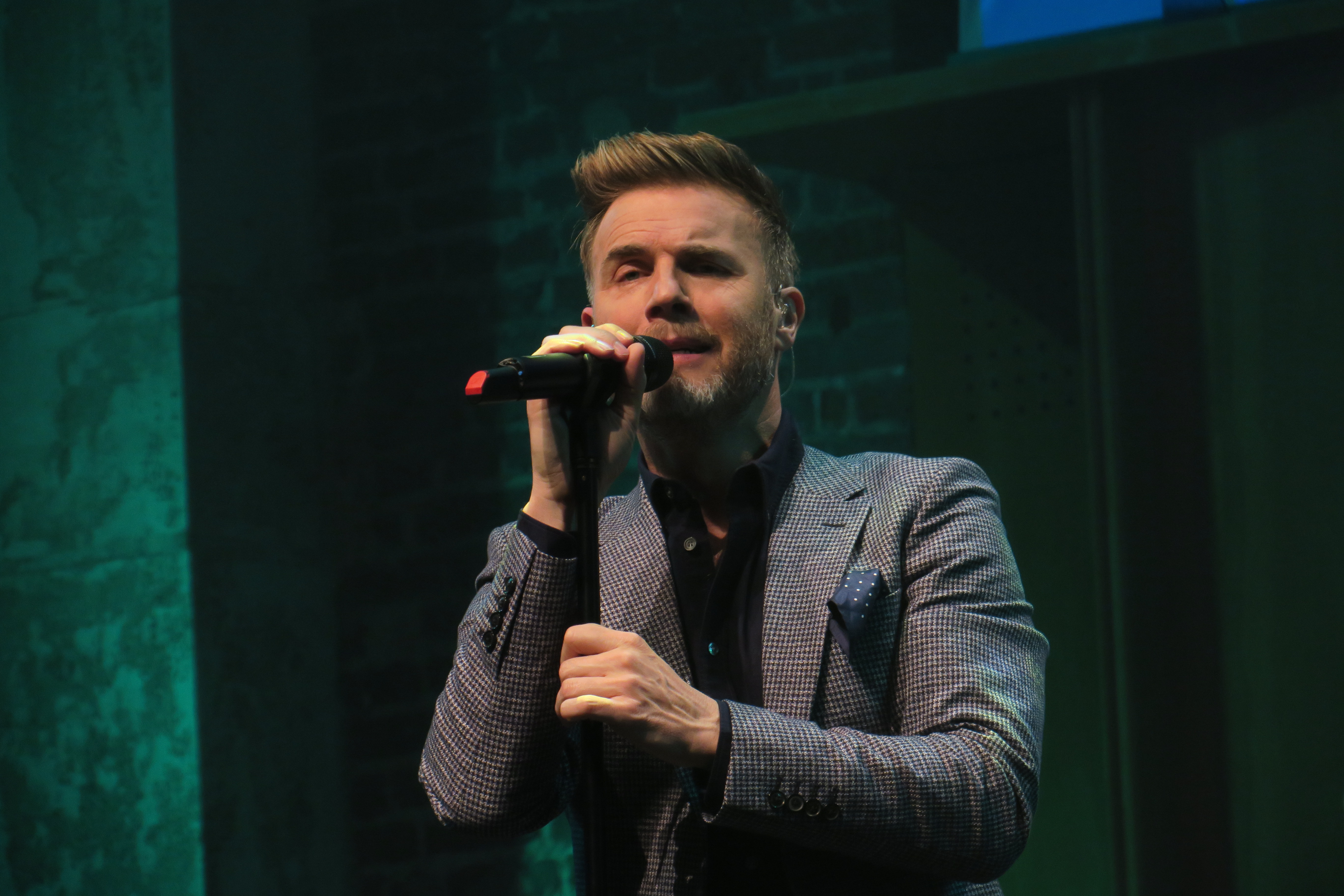 The 710 Club would be ‘going back to basics’ to bring in new talent, Barlow said. ‘Even though there’s so much music around, I do believe the artists who really stand out are the ones that can pick up a guitar or sit at a piano and do it live.

‘We see it with our most popular artists – Ed Sheeran, Adele, Sam Smith – they can all pick a microphone up and sing live and engage an audience. There are fewer and fewer places you can go and do that.’

He told interviewer Fearne Cotton that the club on Iona would give newcomers six months in front of an audience. ‘The more shows, the more gigs, you do the better you get.’

People were becoming more health-conscious on cruises, Barlow added. ‘When I’m on a holiday, yes I like to eat, yes I like to drink but I also like to put the guilt level down by going to the gym in the morning, doing some yoga and so on. That again is something I desperately want to get involved in on the ship.’

P&O Cruises president Paul Ludlow said: ‘We are immensely proud to have someone of Gary’s stature and talent working with us as brand ambassador. Gary’s impressive career speaks for itself and he will bring his vision and personality to our new The 710 Club; from guiding the resident band, selecting future performers and playlists and even shaping the interiors and signature cocktails.

‘We’re excited that our guests can be a part of it and they will have the opportunity to watch Gary light up Iona’s theatre for some extraordinary performances in dazzling surroundings. This collaboration highlights our commitment to providing world-class entertainment on Iona that places music firmly at its heart.’

Barlow added: ‘I want The 710 Club to be a celebration of great music and great talent. As its musical director, I want to give a unique experience for people who love music as much as I do.

‘Music has been such a massive part of my life – and taken me on so many journeys and adventures. I’m hoping to pass this on to all the guests in my club.’

Gary Barlow to be brand ambassador for P&O Cruises