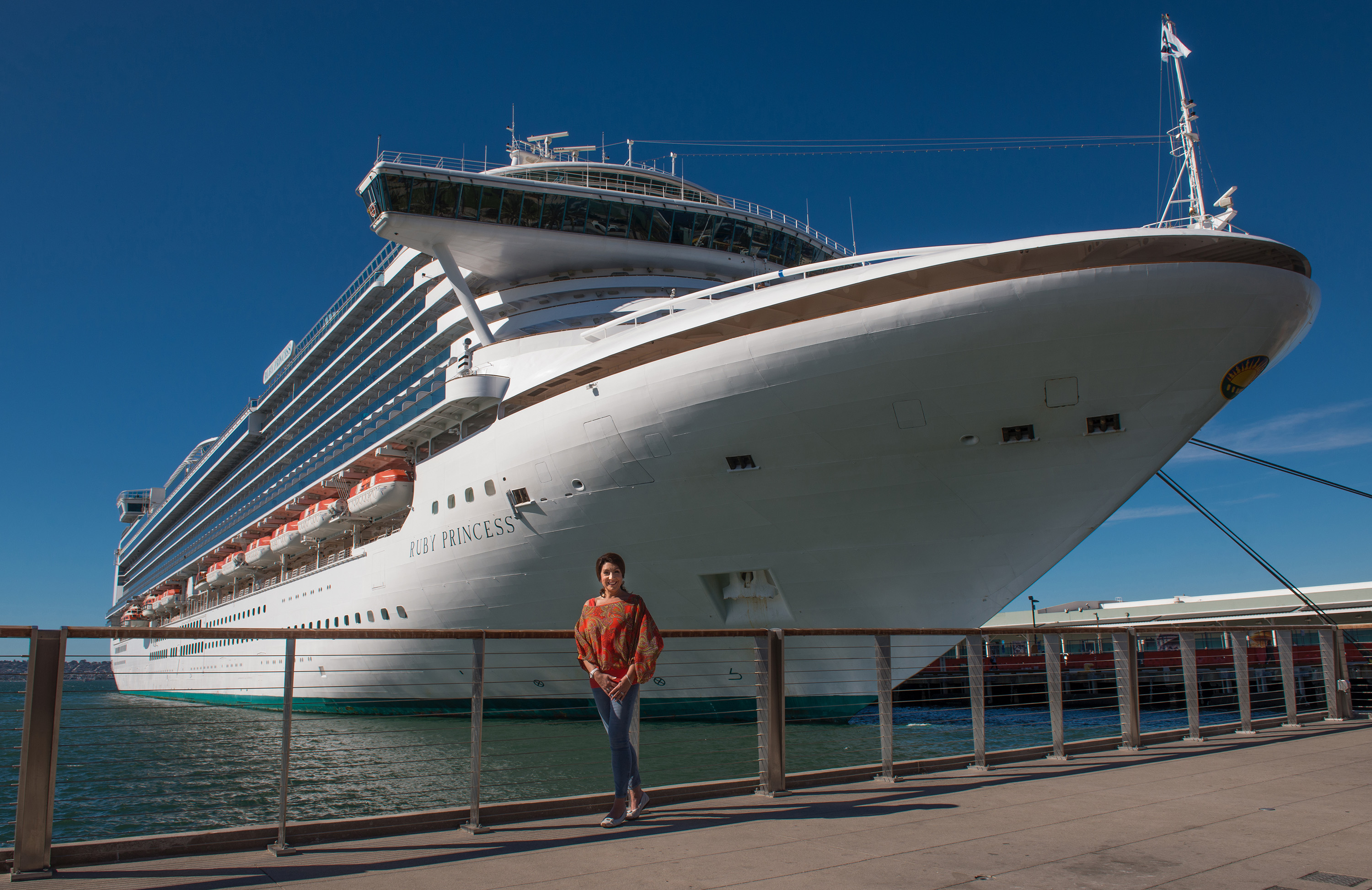 TV series such as Cruising With Jane McDonald and The Cruise have helped swell the number of British and Irish people taking a holiday at sea, industry chiefs said today.

The increasing use of social media and rising numbers of millennials on board have also helped cruising become more mainstream and push UK and Irish annual passenger numbers above 2million, said Tony Roberts, the vice president of Princess Cruises in the UK and Europe.

The Channel 5 series featuring former cruise ship singer Jane McDonald ‘has opened up a whole new audience of people who never knew what a cruise holiday was about and got them very excited about going to different destinations’, he said.

Nine out of ten people who cruised last year said they would take another one within 12 months, he added.

Iona: The ship will join the P&O Cruises fleet next year

The two per cent rise in UK and Irish passenger numbers in 2018 compared with a seven per cent growth worldwide. But Mr Roberts was confident the home market was expanding fast enough to fill the extra capacity provided by the high numbers of new ships, such as 5,200-passenger Iona which joins the P&O Cruises fleet next year.

The industry ‘wasn’t immune’ from Brexit uncertainly, he admitted, but most cruise lines were in a strong position because passengers were increasingly booking months ahead.

‘The British and Irish are very robust at taking their annual holiday,’ added Mr Harmer.