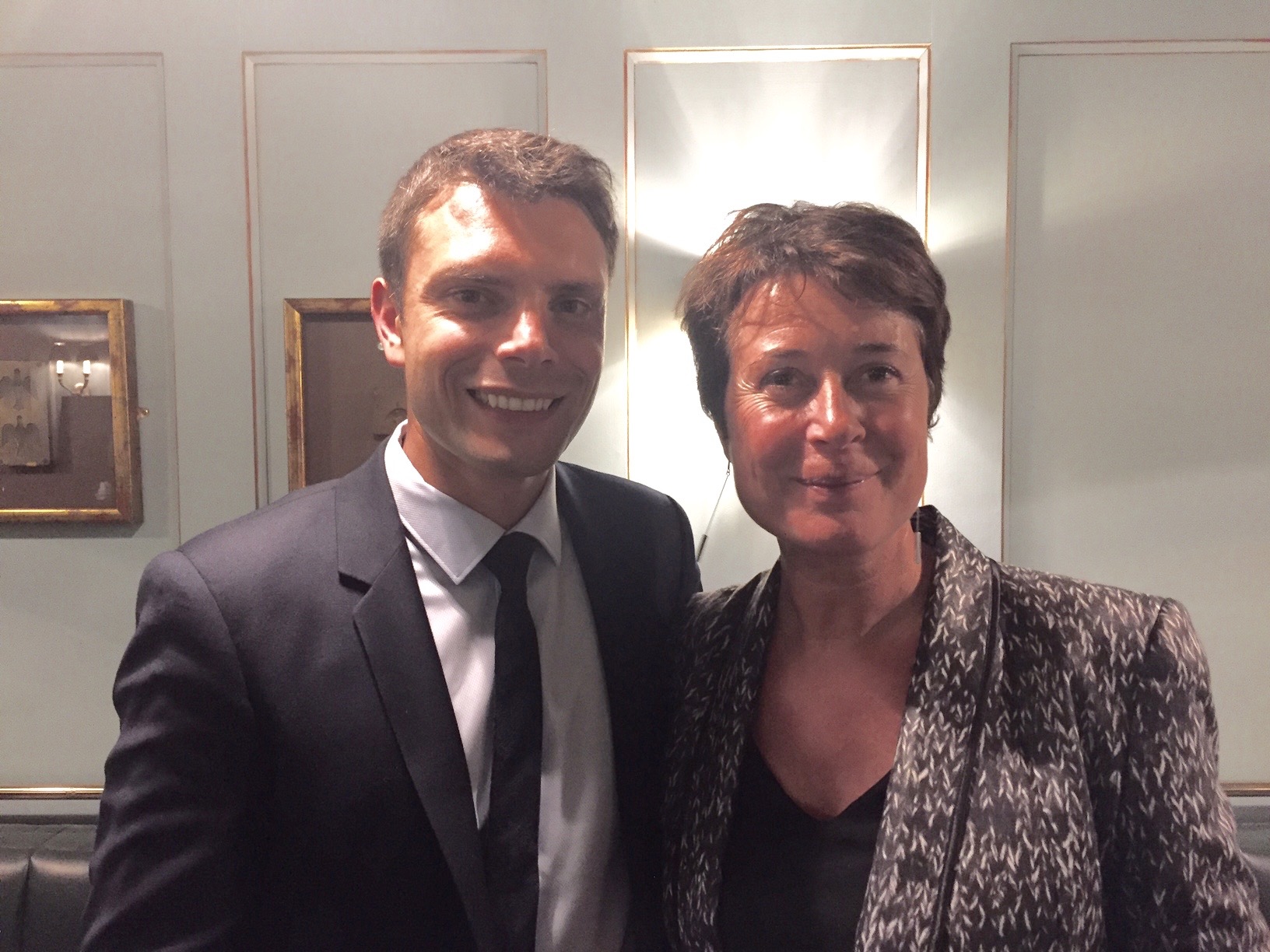 One is a dashing young captain, the other a polar fanatic who jokes that she spends the year in 24-hour daylight.

Together, Florian Richard and Florence Kuyper are key members of a team that offers to take you to the ends of the Earth.

At 33, Florian is gearing up to skipper the new Ponant ship Le Lapérouse next year, while Florence is an expedition leader who splits her time between the Arctic and Antarctic – but only when it’s light.

Florian, from Nantes in France, will be in charge of 124 crew on board the ice-class ship, having been with Ponant since 2006.

Florence, who was born in the Netherlands, caught the ‘polar bug’ in 2004 and spent five months as base leader in Port Lockroy, a British station on the Antarctic peninsula, in 2012. Living with only three other people, she observed wildlife, collected data for a penguin survey – and ran probably the world’s remotest souvenir shop and most southerly post office.

But she’s not averse to a bit of heat – she also once crossed the Gobi desert in Mongolia, walking 1,200km with a camel caravan.

At an event in London, she said: ‘Though I have been to the Arctic and Antarctic between 50 and 100 times it’s still an unforgettable experience. It’s unbeatable.’

Florian explained how, as well as the poles, Papua New Guinea fell into the Ponant definition of expedition cruising. ‘It’s much more relaxing – and warmer,’ he admitted. ‘But we take Zodiac boats to many small islands. I was the first white person one tribal chief had ever met.’

Le Lapérouse, which launches in June 2018, is one of four identical Ponant expedition ships being introduced in the next two years, as the 30-year-old company tries to maintain its title as world leader in Antarctic cruising against many rivals.

All the new ships will have an underwater lounge called Blue Eye which will allow passengers to see the ocean through windows and TV screens, hear it through hydrophones, and feel it through seats that gently vibrate in time with the subaquatic noises. The vessels will also have a foldable marina at the stern for kayaking, tendering and even swimming. And, of course, there’s plenty of French style and food on board.

Florian described Le Lapérouse’s lines as ‘sexy’ and called it ‘one of the most beautiful ships on Earth’, adding: ‘I look forward to welcoming guests on board soon.’

But if you’re tempted with a cruise to the Antarctic, start saving now – Ponant prices start at around £9,000 a person. That doesn’t stop many guests returning time and time again – Florence said she had met a couple on a polar trip who had done 64 cruises.

‘They had the time and the money to do it and they loved the concept. We see lots of people coming back to polar regions. Once you’ve caught the bug, that’s it.’