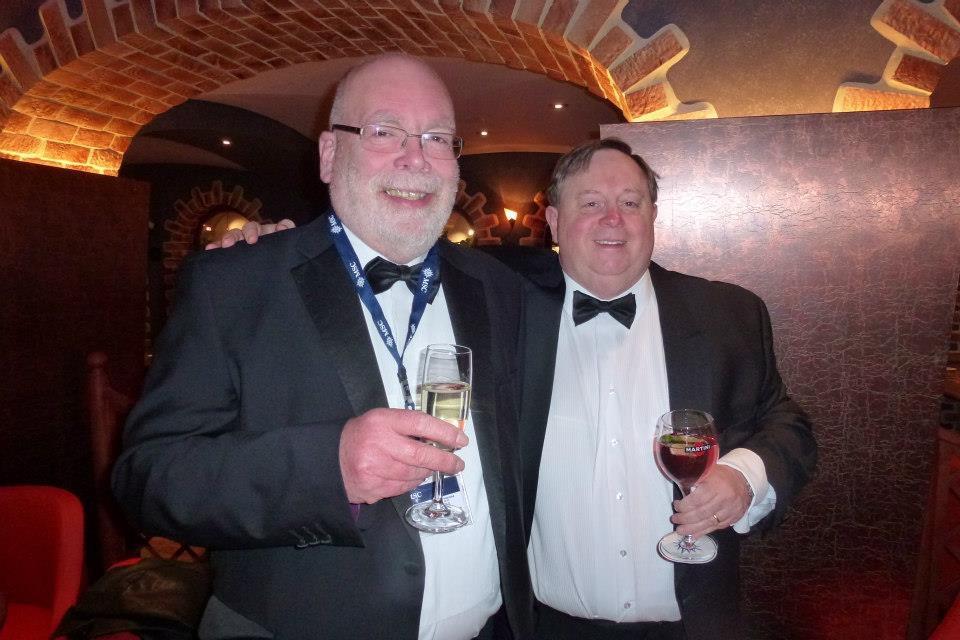 He was known to thousands of fans and followers as Captain Greybeard. But, to me, John Honeywell – who died today at 69 from lung cancer – was a friend, colleague, role model and inspiration.

We first worked together at Today newspaper in the 1980s, where he rose from assistant editor to managing editor before leaving to fill the same role at Express Newspapers and the Daily Mirror group.

John always loved cruising – his motto was ‘any day at sea is better than a day in the office’ – and he eagerly took the opportunity to leave the newspaper world in 2009 to write about it full-time.

As a professional journalist who applied the same nose for news, attention to accuracy and scepticism for authority into the world of cruise, he was sometimes the bane of public relations executives with his views and revelations, but John was loved and respected by all who worked with him. 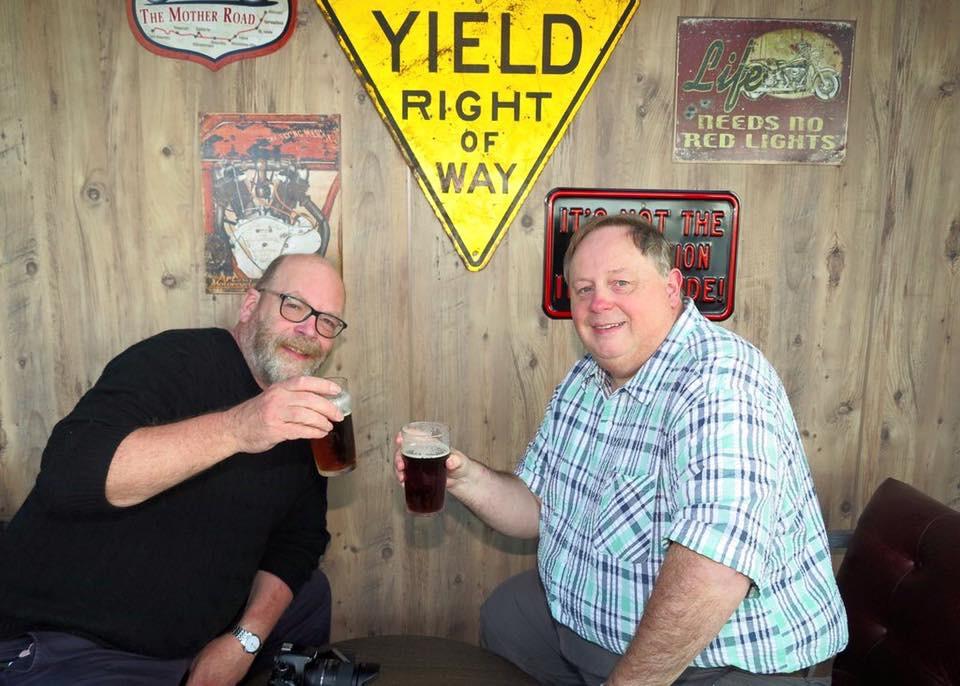 When I started writing about cruising, it was always a delight to meet John at events and at sea. He was a dear friend who would kindly, and privately, point out my novice errors and pass on some of his encyclopaedic knowledge of ships and cruise lines.

This year he was delighted to win the Contribution to Cruise Award set up by the industry body CLIA but he was always charmingly modest and self-deprecating.

I admired and envied John’s lifestyle of seemingly being always at sea. And when I, too, had the chance last year to leave newspaper journalism and write about cruising full-time, I took it. 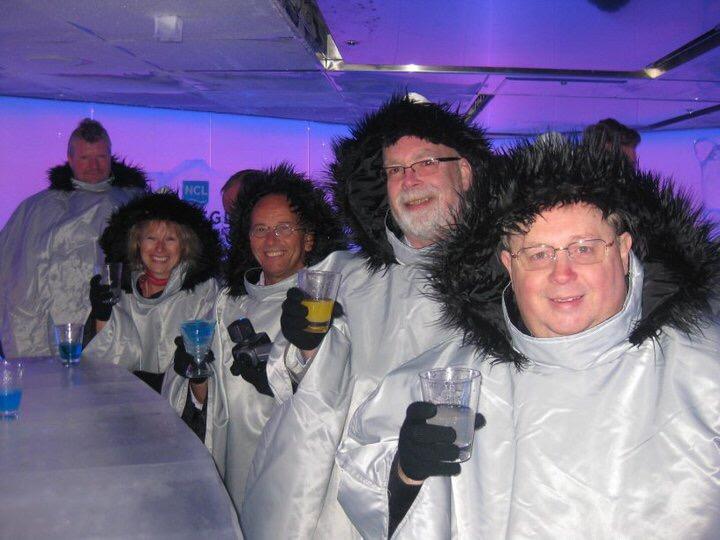 Two taken before their time: John (second from right) and Steve Read (centre)

As editor at large of World of Cruising, John encouraged me to write for that magazine. Once occasional rivals when it came to a cruise ‘scoop’, we were now on the same side.

John and I may have trodden similar paths but, while I have tried to follow in his footsteps, I will never fill them. To me he was always the best cruise writer and always will be.

A few years ago we lost another cruise journalist in his prime, Steve Read of The Sun. He and John were friendly rivals and great mates and I know John missed him dreadfully. I feel now how John must have felt when Steve died.

My heart goes out to John’s wife Sheila and sons Nick and Russell. They have lost a wonderful husband and father, whose love for the sea was surpassed only by the love for his family. 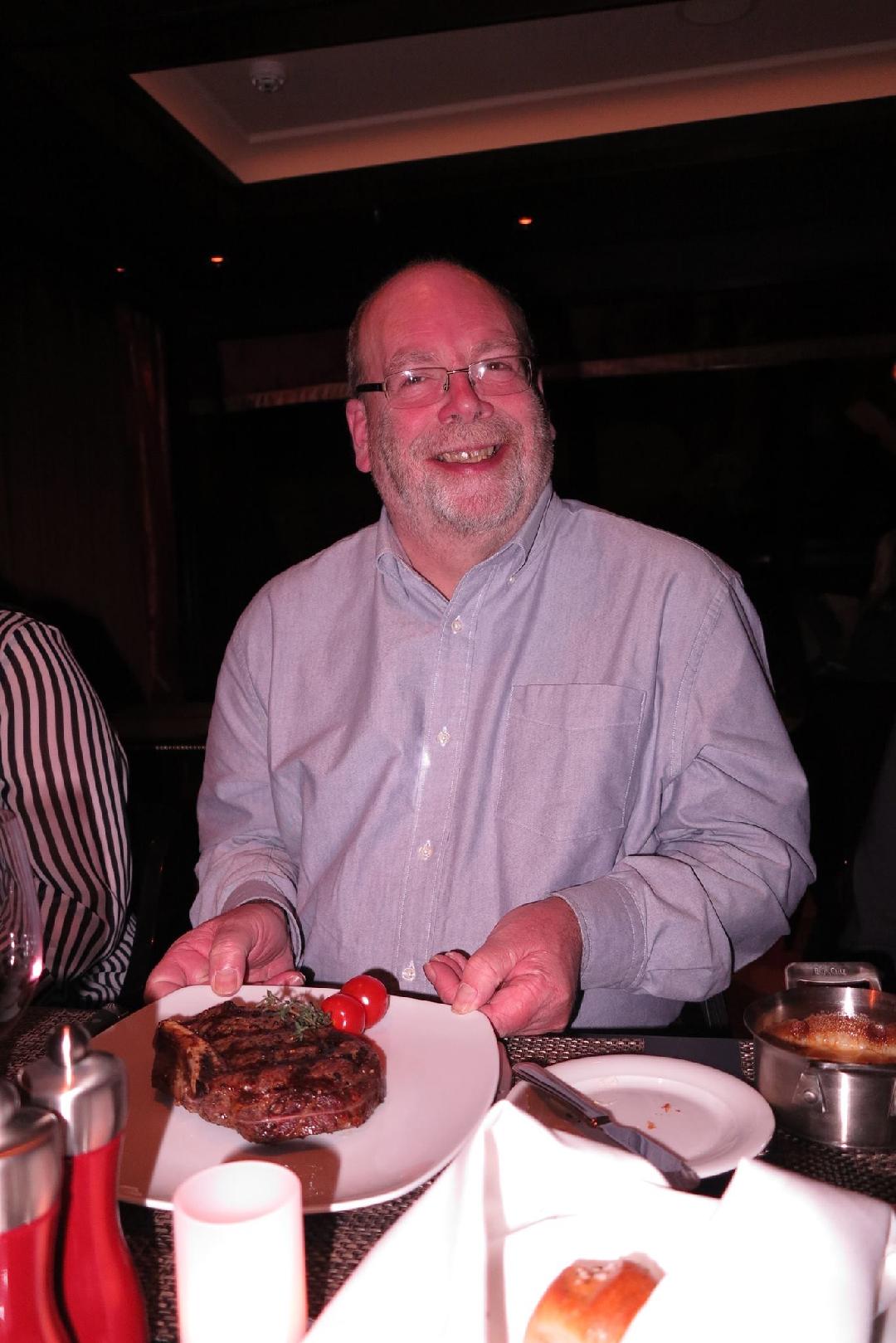 The Captain’s table: John with his memorable smile

9 thoughts on “A tribute to John Honeywell, cruising’s Captain Greybeard”