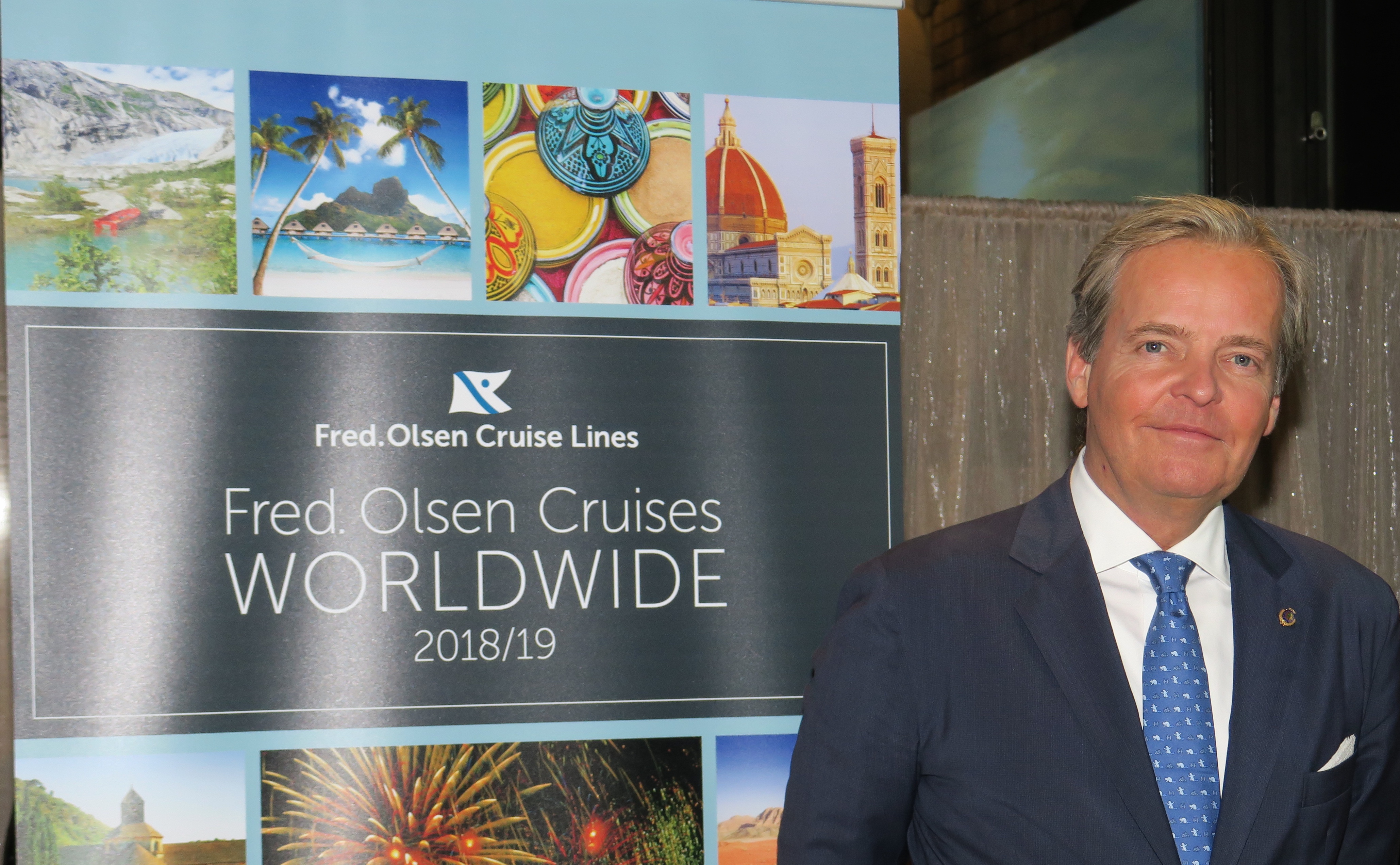 The man with his name on the door: Fred. Olsen Jnr (Picture: Dave Monk)

Fred. Olsen Jnr, the chairman of the cruise line that bears his name, hinted at a possible new-build ship on the horizon when I spoke to him at the launch of the company’s 2018/19 brochure in London last night.

Standing next to his managing director Mike Rodwell, the 57-year-old heir to the shipping dynasty said: ‘We have plans – I know Michael’s standing next to me and he’ll kick me if I say anything – so very shortly he will announce other things for you and on the new-building scale we have plans in the drawing room for different sizes.’

Mr Olsen said: ‘We were going for a new build in 2006, prices for ships were high. We said why don’t we buy a used ship and we bought Balmoral. We lengthened her for a very cheap deal instead of buying something new.’

He suggested that ‘greener’ LNG fuel was the way forward. Mr Olsen said: ‘We will make sure we meet environmental standards and new legislations. We are very much aware – and we have to be aware – because we are doing something wrong and we don’t want to do things wrong.’ 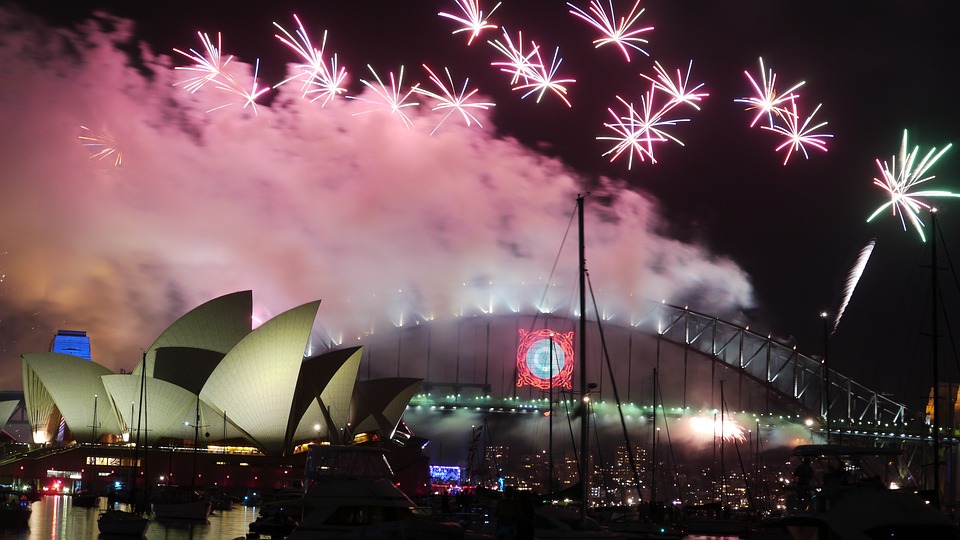 By next spring, all four ships will have been refreshed and enhanced. They will come together on September 10, 2018, in Cadiz to mark the 170th anniversary of Fredrik Christian Olsen’s first foray into shipping in 1848.

The cruise line will continue to sail from five British ports – Rosyth, Newcastle, Liverpool, Dover and Southampton – though Harwich, Greenock and Falmouth will be dropped.

In the 2018/19 brochure, the company says: ‘We’re not interested in gimmicks like zip wires, climbing walls or robot bar tenders. We don’t have boastful megaships that carry many thousands.’

‘I have interviewed in my time thousands of people [to work on Fred. Olsen ships]. You have to pick the right people. This is all about paying attention to detail. Little things mean a lot. Are we afraid of the big boys? No. We like to be a little bit under the radar.’

Mr Olsen is still heavily involved in the day-to-day business. ‘It’s a lifestyle and a hobby,’ he said. ‘I don’t turn my phone off. My wife sometimes gets angry with me because I get calls at 4am from Singapore or Barbados or somewhere else. It’s my name on the door.’

It was his decision to bring in the Enjoyment Promise which guarantees a free flight home and a full refund if passengers decide within two days of starting a cruise that Fred. Olsen is not for them.

Mr Olsen said: ‘We focus attention on making people happy. That’s why the Enjoyment Promise. My father thought I was a little bit mad doing it and I said: “If we are selling cruises people don’t like and we have a product people don’t like we shouldn’t be doing this”. How many people have we had over the two-year period who have said, “No thank you”? Seven or eight.’

In 2018/19, Fred. Olsen ships will visit 228 destinations in 73 countries, covering 91 areas of scenic cruising such as fjords and rivers. There will be nine maiden calls to ports in Brazil, Italy, Ascension Island, Oman, Norway, Mexico, Australia and India. Among the highlights will be a trip on Black Watch from Southampton to see in the 2019 new year in Sydney.

The cruise line will also offer a greater choice of five-night ‘taster’ cruises as well as three ‘mystery’ voyages.

Fred. Olsen Jnr said British passengers can rest assured the dynasty will continue. ‘I have three sisters, they all have children, I have three daughters of my own. They’re studying at the moment and I’m still here,’ he said, joking: ‘I will be around for another year or two!’