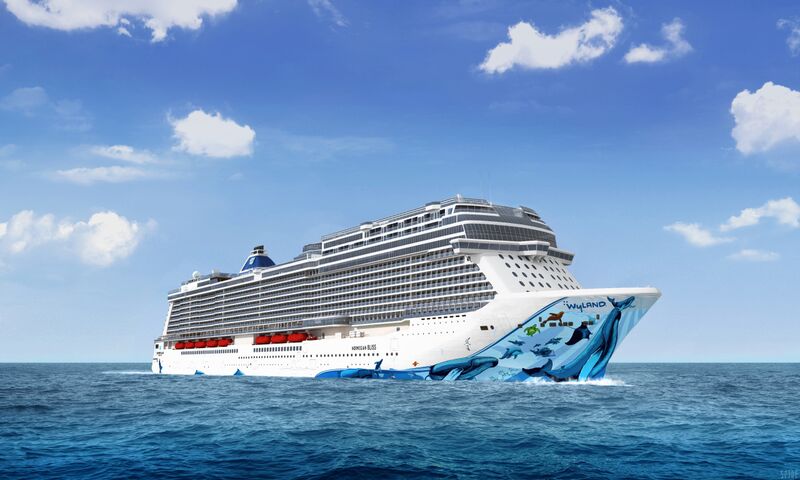 Norwegian Bliss will be the first ship ‘custom-built for the ultimate Alaska cruise experience’, NCL has announced.

The third in the line’s ‘Breakaway-Plus’ class will carry 4,000 guests on voyages from Seattle beginning in June 2018.

‘Norwegian was the first cruise line to begin cruising to Alaska from Seattle in 2000 and it’s only fitting that we bring our newest ship, Norwegian Bliss, directly to this incredible location,’ he said.  ‘Alaska is one of the top destinations for our guests to explore and we are thrilled to be the first cruise line to offer our guests the opportunity to experience this coveted destination aboard a brand new, state-of-the-art cruise ship custom designed for Alaska, the first of its kind to ever debut in Seattle.’ 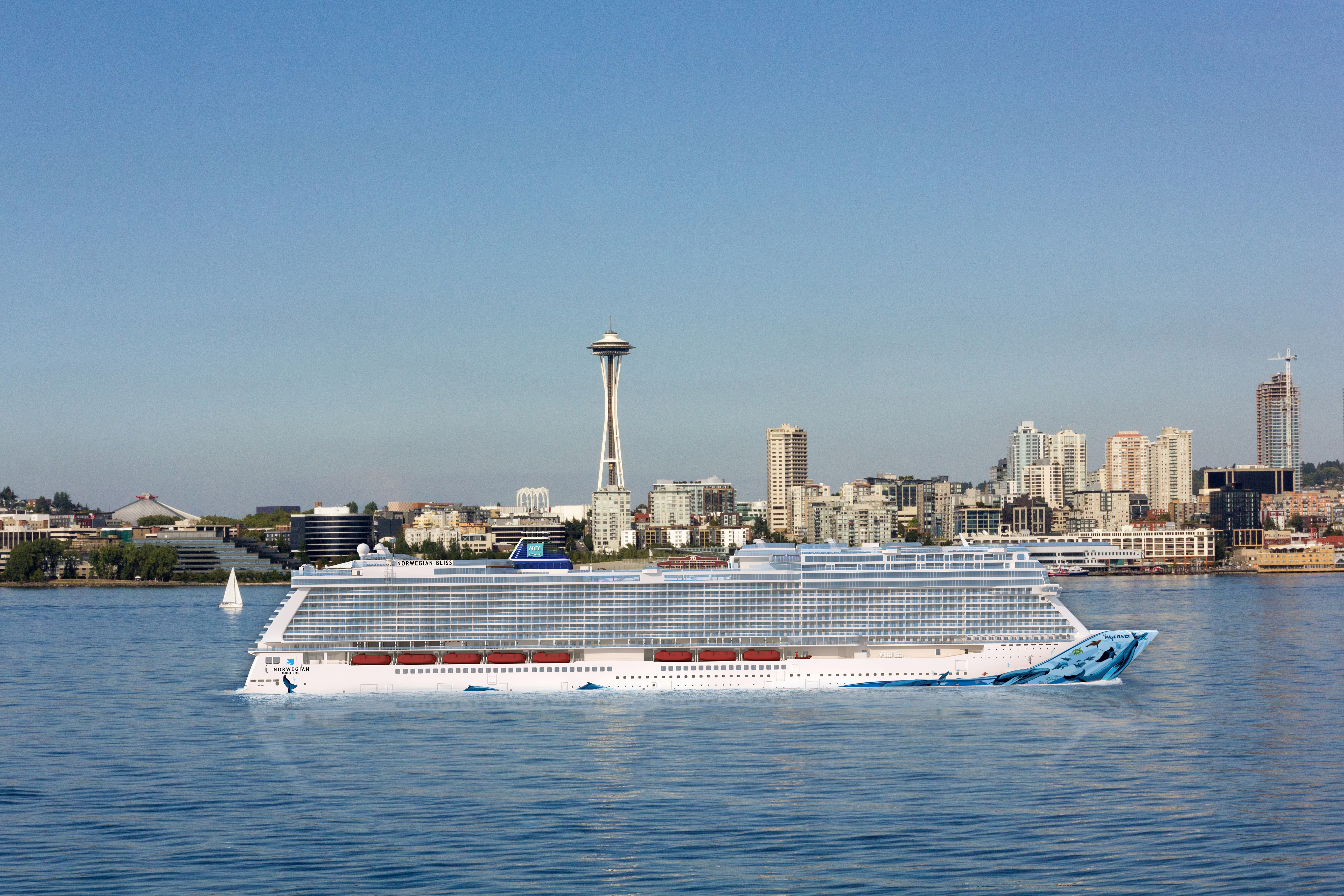 The 167,800-ton ship – with hull design of a humpback whale and her calf by marine artist Robert Wyland – will be built at Meyer Werft in Papenburg, Germany, and reach Seattle after a transatlantic cruise and transit through the Panama Canal.

Bliss will sail a seven-night Alaska cruise every Saturday from the city’s Pier 66, with calls at Ketchikan, Juneau, Skagway and Victoria, Canada, along with glacier cruising.

Norwegian and the Port of Seattle will together invest $30million over 15 years to improve passenger facilities, expanding check-in space by 300 per cent and adding a VIP lounge plus two new boarding bridges.