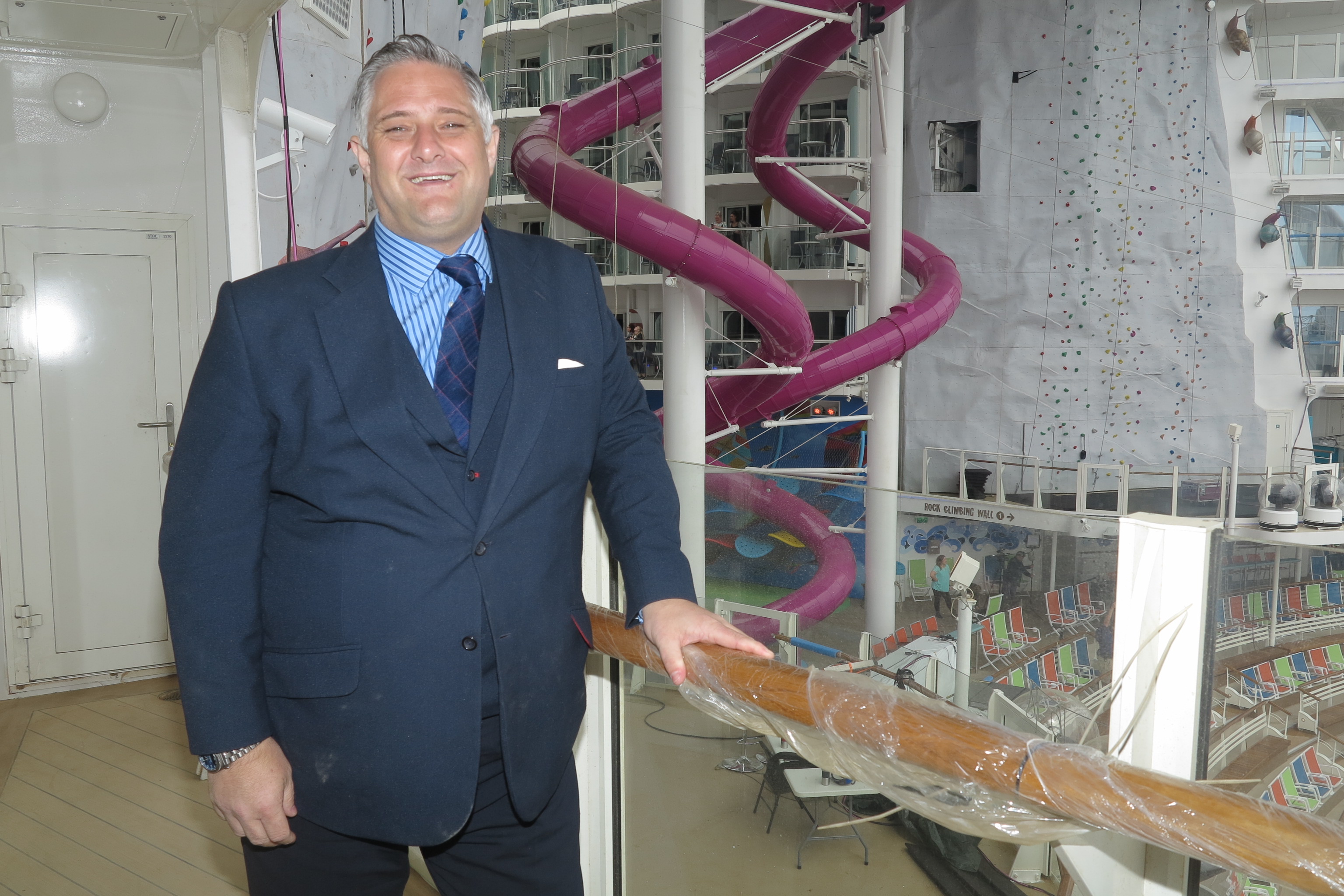 Tim Steadman has a vital role on Royal Caribbean ships in Europe. It’s up to him to ensure the British get their teabags, the Germans their soccer and the Swedish their meatballs.

Tim, 41, is regional product manager – which means he has to suss out, within a budget, how he can change the offers on board a huge ship like Harmony of the Seas to suit local tastes when it sets off on a European itinerary.

His ‘fairly wide’ remit covers everything from food and drinks to entertainment, shops and shore excursions.

Working well in advance and after poring over thousands of guest reply forms, he sets out to source local beers, snacks and treats.

For the British he’ll lay on Herefordshire beef, Jersey crab and Welsh lamb, as well as fish and chips, sausage and mash and the national favourite… curry. He’ll also ensure they get full rashers of bacon in the breakfast buffet as well as the American streaky.

The Spanish like their San Miguel and local sweets. With their reputation for eating late, dinner sittings, show times and shopping hours are altered too. Comedians have to be more visual than vocal.

Germans love their Bundesliga, glühwein and sausages. But Tim, from Newcastle, does occasionally slip up – for example, ordering a stock of Radler beer for German passengers when they actually ‘went nuts’ for US brews such as Budweiser.

Britons, as he diplomatically puts it, like to indulge in ‘session drinking’ while the Americans are more into cocktails.

On some sailings he’ll replace Starbucks with Illy or switch cupcakes for pies.

Tim said: ‘Working day in and day out with innovative products and services are what makes my life at Royal Caribbean so interesting and challenging; and as long as I can impact the guest experience positively, then, I will continue to do so!’

So, if you’ve ever been surprised to find your favourite British brew on a Royal Caribbean ship in Europe, raise your cup of Tetley’s or glass or Newcastle Brown to Tim Steadman.

And if you’ve ever been disappointed at not having your familiar brands on board, you now know the man responsible…

One thought on “Meet the man who makes sure the British get their beer, bacon and teabags on Royal Caribbean ships”