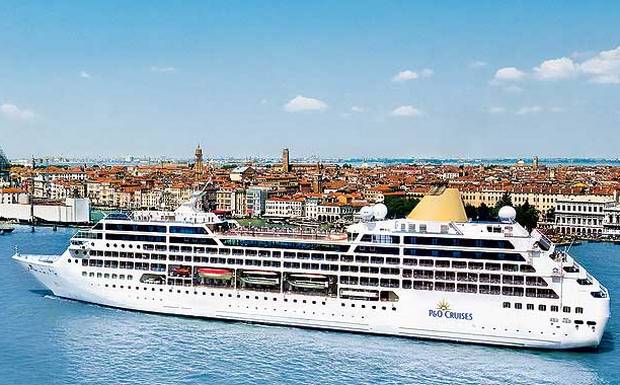 So Carnival Corp’s big reveal was made in New York last night. It wasn’t – as some hoped – another transatlantic ship for Cunard or a new addition to another brand but a whole new cruise line called fathom (with a lower-case ‘f’).

The concept is that more people are fed up with self-indulgent travelling and want to give something back to the world – and will be willing to pay $1,540 (roughly £1,000) each for a seven-day cruise from Miami to the Dominican Republic where they can help teach English or take part in environmental projects such as providing clean water.

Of course, there will be some down time too, to explore the beaches and go on more conventional shore excursions.

The respected editor-in-chief of Cruise Critic, Carolyn Spencer Brown, told CNBC that ‘social impact travel is a brilliant concept that ties right into the fact that finding ways to travel the world authentically is something that travellers of all generations are thirsting for.’

So far, the reaction among cruisers this side of the pond has been more to mourn the loss of Adonia, the smallest ship in the P&O Cruises fleet, which has been drafted in as fathom’s first vessel.

Carrying only 710 passengers, it catered to the over-55 market and allowed guests to visit more out-of-the-way ports. It’s certainly seen a lot of service for different cruise lines since it first sailed in 2001.

Here’s a goosebump-inducing flashback to a video I shot when Dame Shirley Bassey named Adonia in 2011 with a spontaneous rendition of Diamonds Are Forever:

For many observers, the most interesting thing now will be to see how Carnival Corp transforms a long-serving stately ship for the older traveller into a vessel for (presumably younger) ethically inspired volunteers. Just how radical will the changes be?

And will others follow this commendable lead – or continue pampering to the passengers who, rather than selflessly help others, prefer to leave the cares of the world behind?

What do you think? Please leave comments below

7 thoughts on “The only way is ethics – will travellers fathom out Carnival Corp’s new socially aware cruise line?”