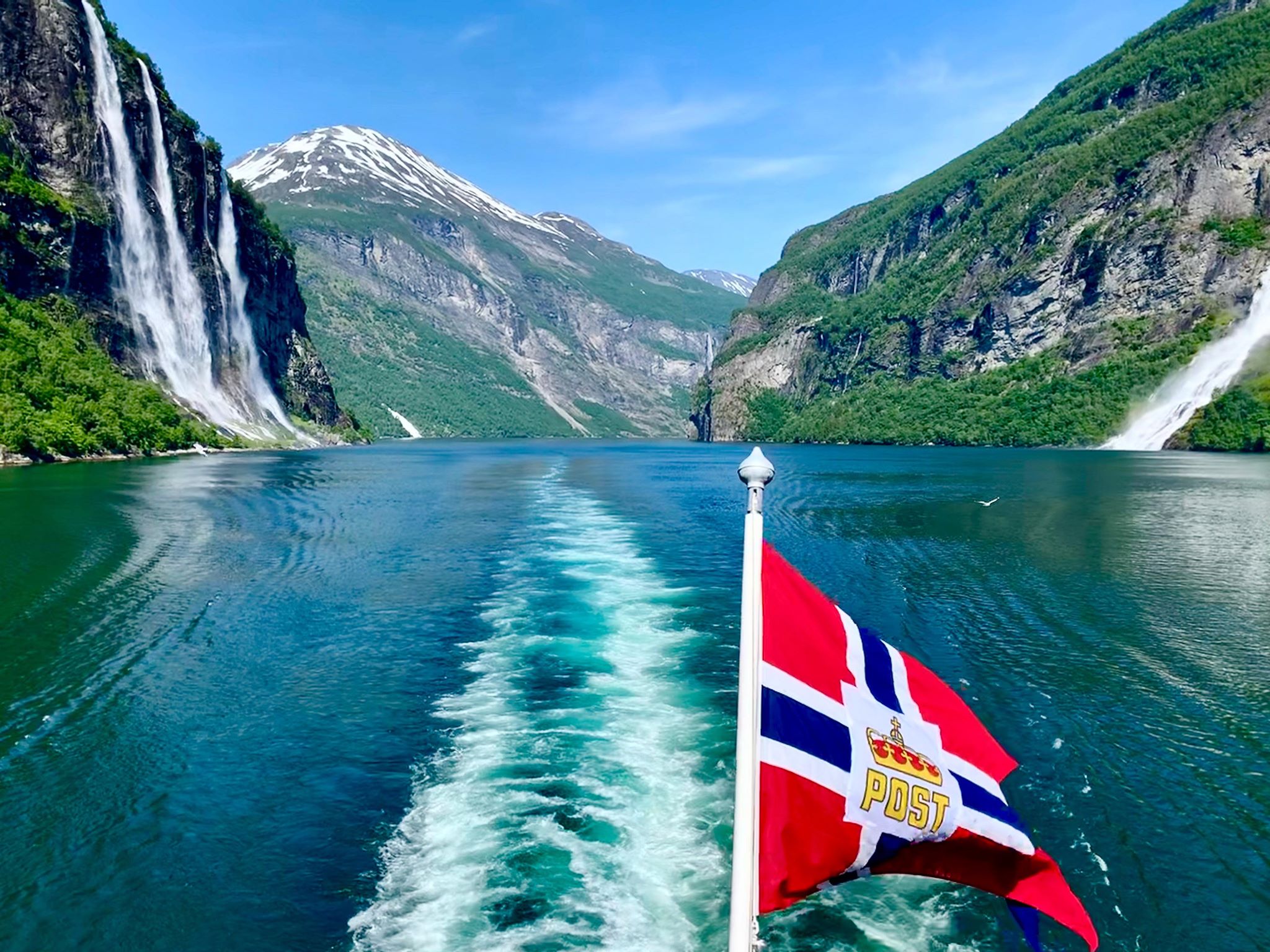 Norwegian line Hurtigruten could sail from the UK ahead of basing a ship in Dover next year, the company’s CEO said in a video call from the world’s first ocean-going cruise since the pandemic lockdown.

However, British coronavirus infection rates would first have to fall to the kind of levels seen in Germany, from where Hurtigruten is starting cruises to Norway on June 26, said Daniel Skjeldam.

Demand for departures closer to home will increase in the wake of Covid-19, he believes. Hurtigruten announced last week that it would base a ship called Maud in Dover from March.

‘We will monitor the infection rates in the UK very closely. As we see them approach a level that you have in Germany, which is very low, then we will start to look at operating cruises for UK nationals from UK home ports,’ said Mr Skjeldam.

‘With the infection rates we see today in the UK it is not that situation that we want to bring nationalities together – but I don’t exclude being able to home-port ships in the UK before January 2021. We had a great success with British Isles sailings of Fridtjof Nansen in March, it was fantastically well received, so yes it could be the situation that we are accepting UK guests on board our ships before January.’ 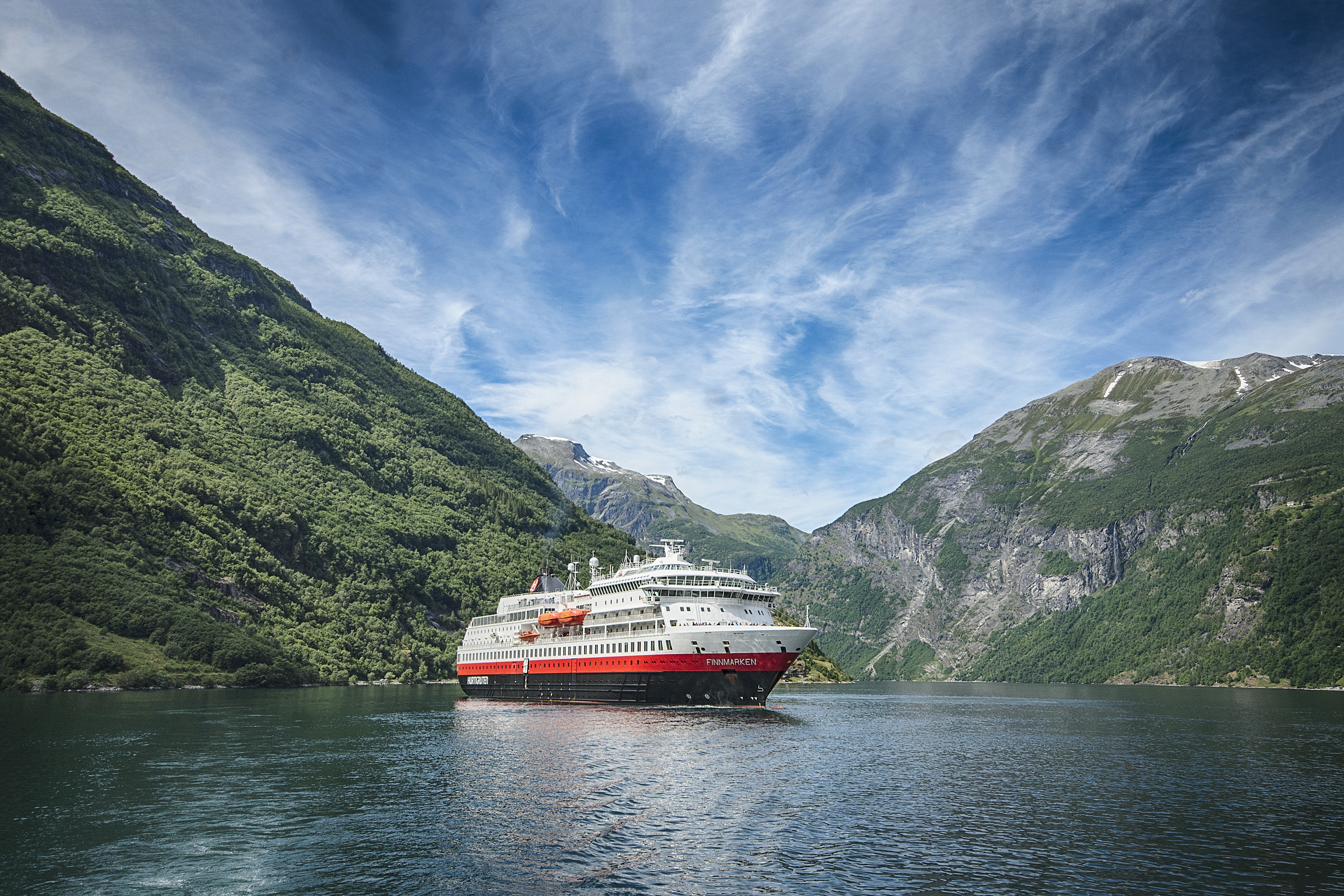 He was speaking from the ship Finnmarken, which left Bergen yesterday carrying 200 guests, all Norwegians except for a few Danes. The ship’s normal capacity is between 900 and 1,000 people.

All passengers had their temperatures checked before sailing and have been social distancing on board, said Mr Skjeldam, adding there have been no queues anywhere. Instead of buffets, guests choose from a menu on their phone and are served at their tables. However, face masks are not mandatory.

‘I’ve not seen people congregating at all,’ said the Hurtigruten CEO. Guests had commented that they felt at no more danger of catching coronavirus on the ship than they would going to a restaurant in Norway, which has a very low rate of infection.

Public areas are sanitised every night and the entire ship is disinfected after every voyage. ‘Our guests are really enjoying themselves,’ Mr Skjeldam said. Even the saunas and hot tubs are open. 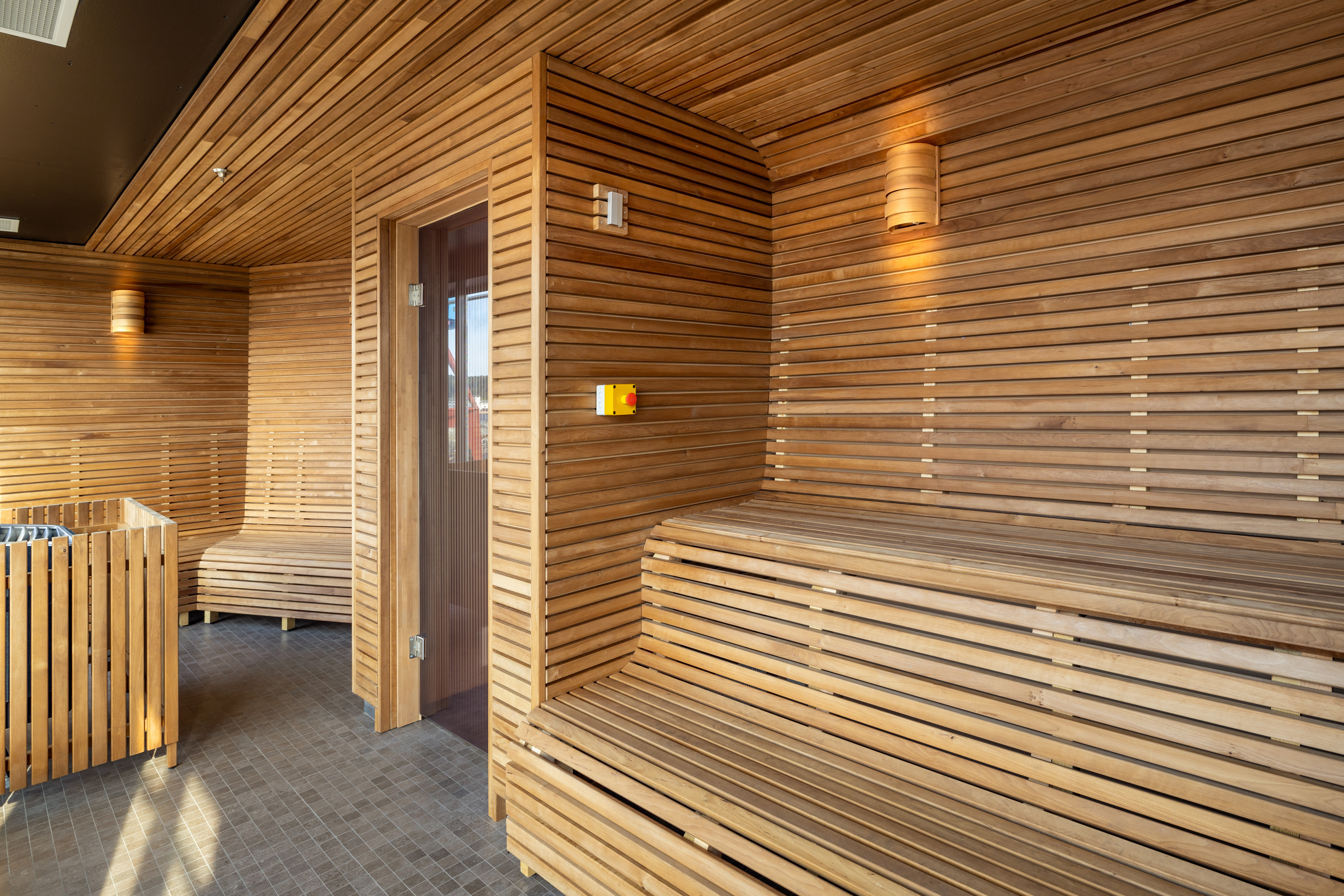 Hot ticket: Even the onboard sauna is in use (Picture: Hurtigruten)

Because Hurtigruten has been operating a basic ferry-style service along the Norwegian coast even during the pandemic, the line is ‘extremely well prepared’ for the restrictions, said Mr Skjeldam. Precautions were higher than required by the Oslo government and could be ‘loosened up after a while’.

Finnmarken will be followed by three other Hurtigruten ships operating the same route to Kirkenes within a week but all services will be run at no more than 50 per cent capacity.

Expedition ship Roald Amundsen will soon start sailing from Tromsø to Svalbard while newest addition Fridtjof Nansen will do the 15-day run from Hamburg to the Norwegian coast from later this month until September. Currently, the German guests will not leave the ship during the voyage but will be taken on scenic sailings and excursions such as kayaking along the fjords.

‘We are very pleased with the demand from Germany,’ said Mr Skjeldam. 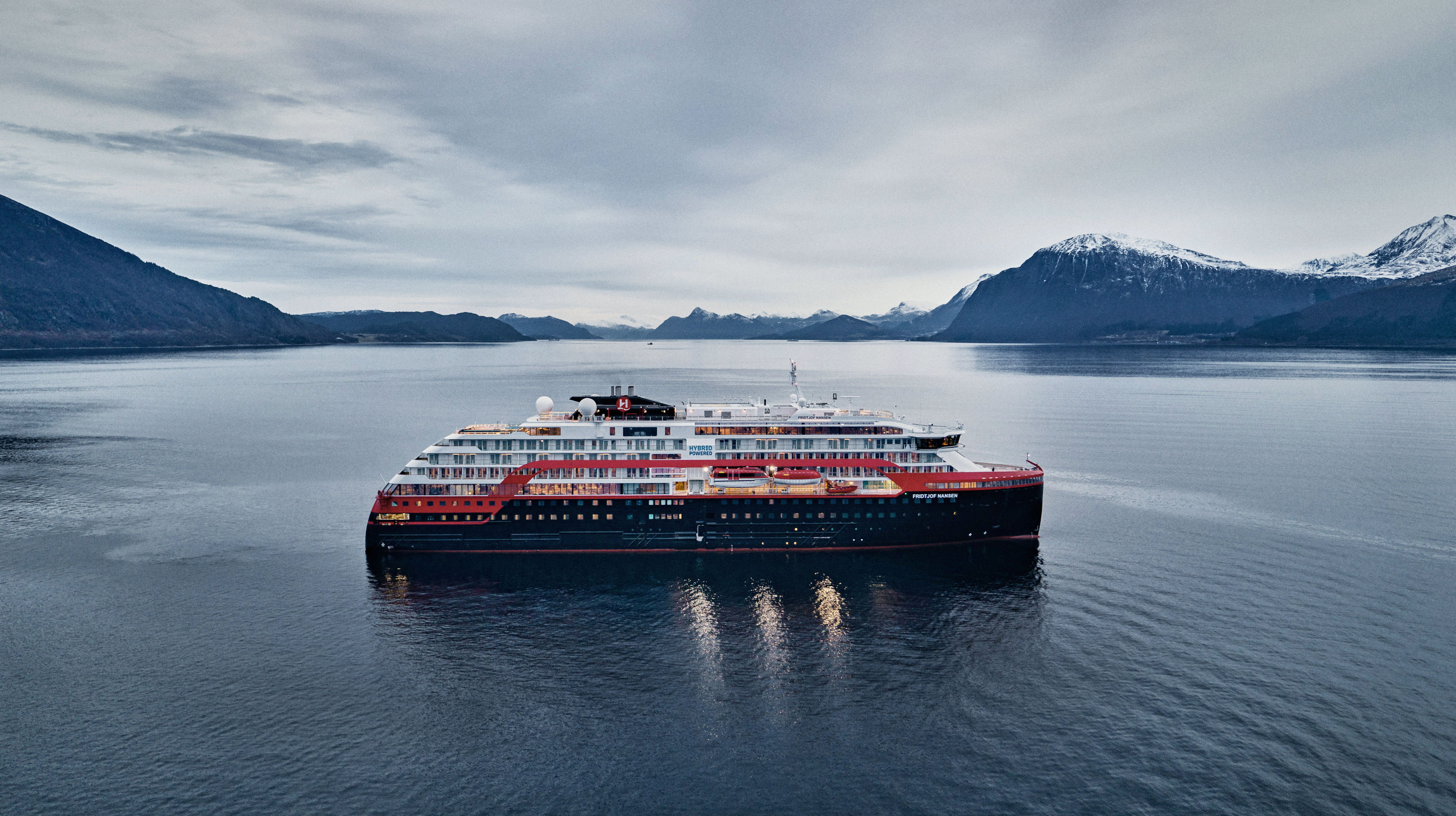 The line is in a ‘very good position’ to start operating in Antarctica this winter if authorities allow, he added.

Hurtigruten, which boasts of being the greenest cruise line, is ‘used to change’ and can ‘adapt faster to the changing environment around us,’ said Mr Skjeldam, adding: ‘Crises don’t last for ever.’

‘Bookings for 2021 are coming in across the markets and all destinations,’ he said. ‘Guests want to get back to explore. We are very, very positive for 2021. For 2020 we are starting to see more demand from the Norwegian audience. We expect that to continue as we deploy expedition programmes.’

Mr Skjeldam, who has been critical of big cruise lines in the past, said the industry needed ‘to step up its game’, saying ships with 6,000 passengers shouldn’t be allowed to overrun small ports. ‘It’s not good to bring guests to places where they are not welcome,’ he added.

The CEO also said Hurtigruten looked very well after its crew. ‘We pay more than we need to. We care as a company about our crew members. To get the best crew members you have to treat them well.’

On board the Fridtjof Nansen on a round-Britain cruise