His artwork adorns the bridges and corridors of ships around the world. Every balcony door, porthole and window is sketched with precision, with completed drawings up to 8ft long.

Now, five years after we first spoke to him, cruise artist and blogger Harry Cotterill has lost count of the number of ships he has faithfully reproduced on paper and either sold to the public or presented to proud captains.

‘I’ve visited nearly 100 ships and I’ve drawn many more than that,’ he said. 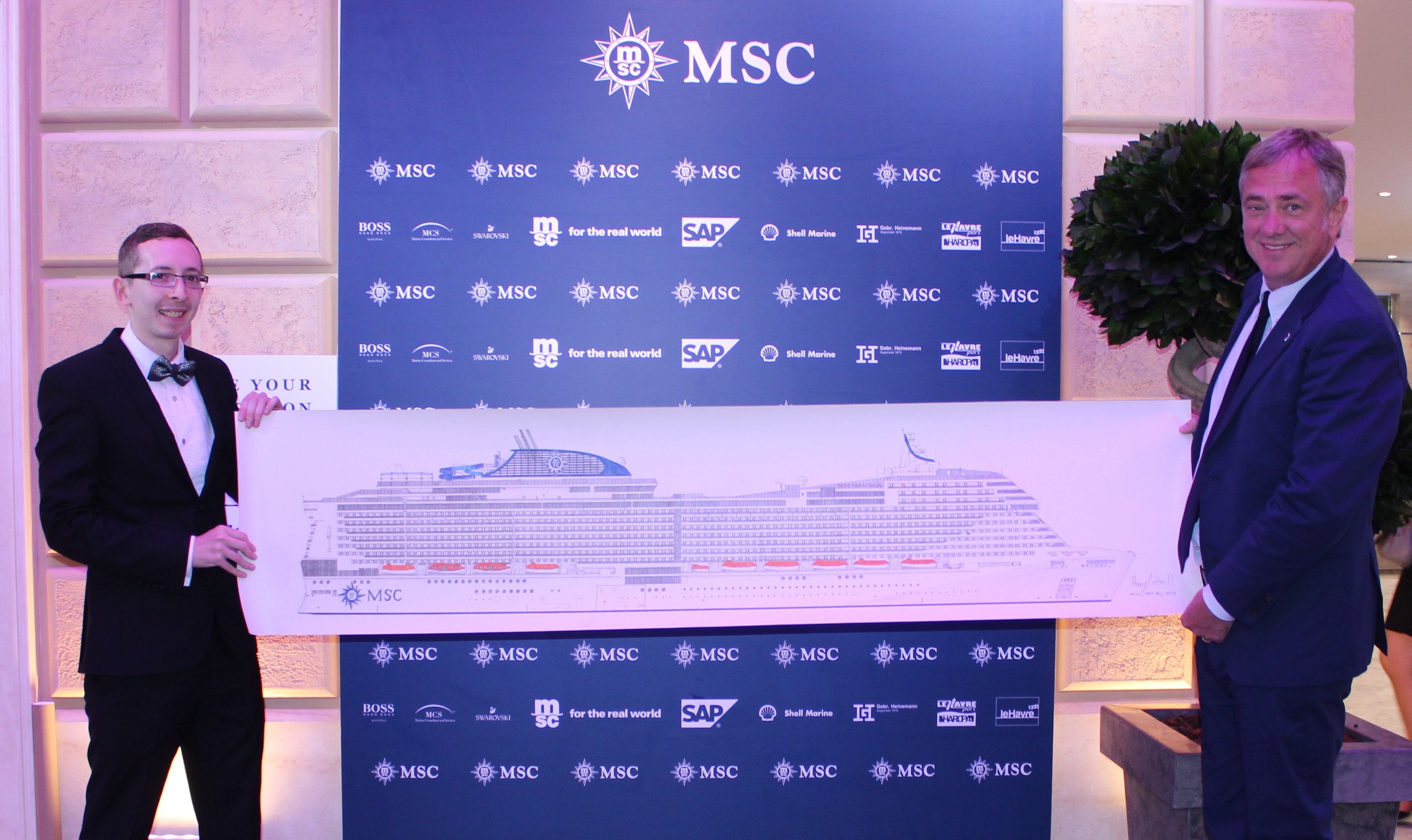 When I wrote about Harry in 2013, the then 18-year-old had just signed off the sketch of his 50th ship, using a precise scale of 187.5 to 1 on lengths of Homebase lining paper.

The company he set up to sell the drawings, now called Cruise Cotterill, has just marked its first decade and what began as a hobby for Harry is a full-time job, writing about cruising and selling his artworks for up to £999 each. 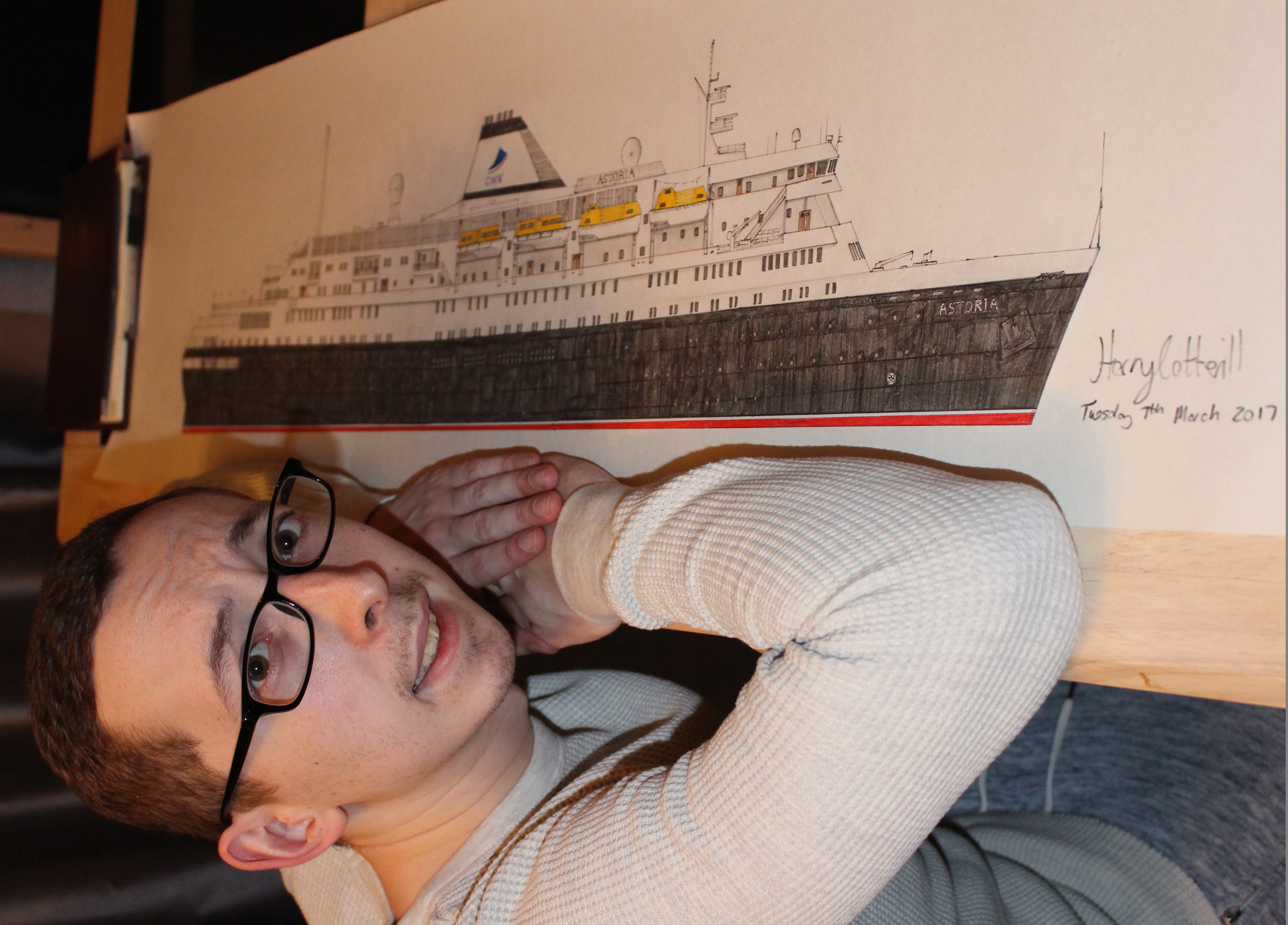 The 23-year-old, who lives in Colchester, Essex, with his parents, said: ‘I love my job. Although challenging at times, once a drawing is complete I feel a massive sense of achievement and love sharing my work and passion with so many followers across the world.

‘With each and every drawing I continue to improve and the website and social media outlets are becoming more popular every month.’

His most popular subject is Queen Mary 2, which he has depicted nearly 15 times. Harry now also offers limited edition prints, although some people still prefer the large-scale bespoke drawings.

He said: ‘On my to-do list is Symphony of the Seas, which I’m just finishing off. Next is Norwegian Bliss and Celebrity Silhouette. Other ships I will be drawing this year include Carnival Horizon, Azamara Journey and Azamara Pursuit, Marco Polo and Britannia.’

Asked to name the dream ship he has yet to tackle, Harry replied: ‘I would love to draw more of the older classic ships. Sadly with running a business, not just drawing but managing the website and everything else, I don’t get much time to draw ships just for fun around my commissioned work. Last year, however, I was commissioned to draw the original Queen Mary. It would be nice to draw Queen Elizabeth sometime too!’ 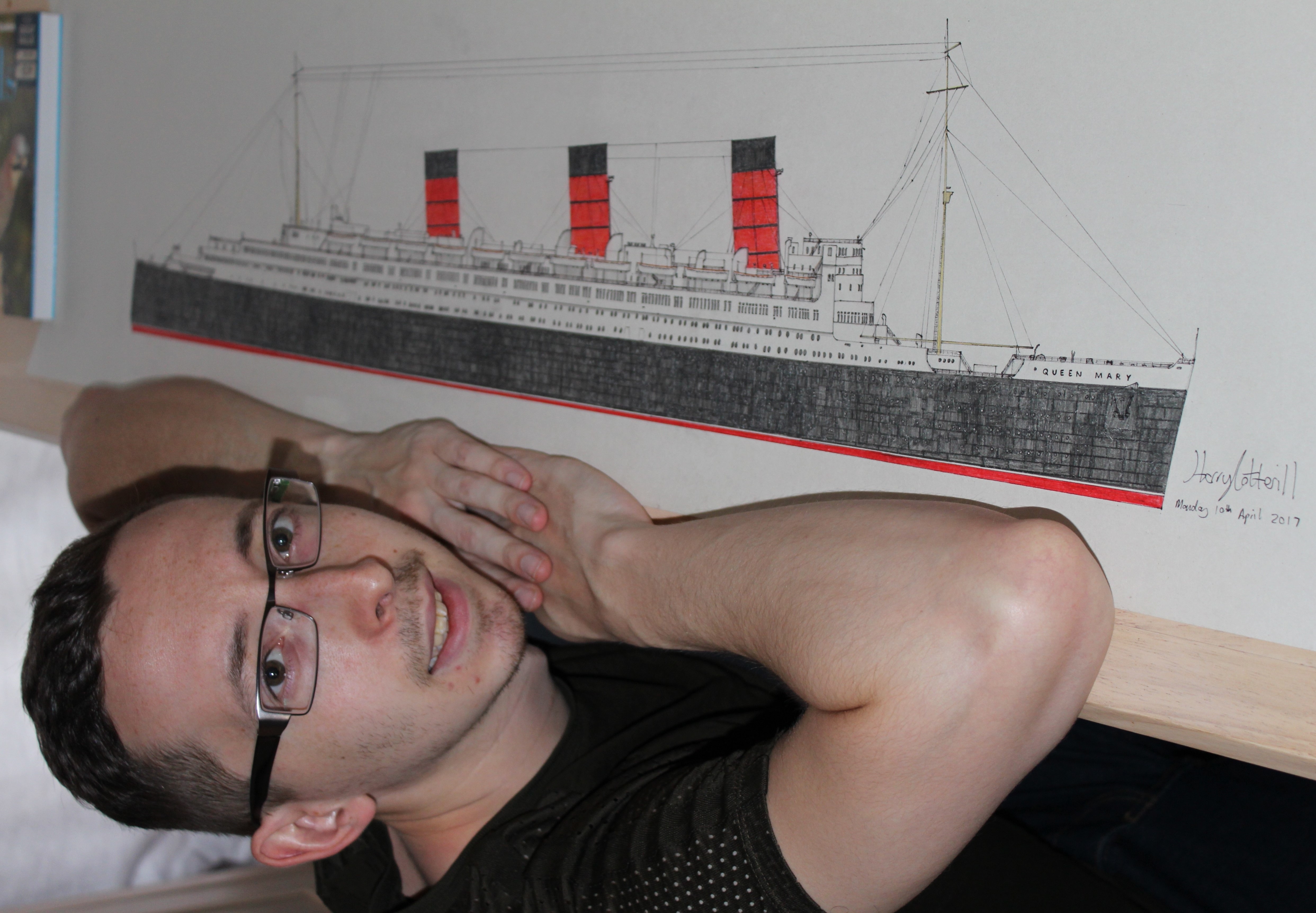 You would think such large and valuable drawings would be difficult to mislay. But Harry recounted: ‘In 2013, my partner Gavin drove me to Southampton to visit Royal Princess the next day. Little did he know that I had also arranged for us to see my favourite ship, Queen Mary 2.

‘Seconds after telling him, I looked at the back seat and noticed my drawing of Royal Princess, which I would be presenting to the captain the following afternoon, was missing… I had left it at Gavin’s house 155 miles away and forgotten to pick it up when we left!

‘Thankfully my rather understanding and wonderful Dad drove all the way down to Southampton with it that afternoon and met us once we had disembarked QM2. That’s what Dads are for, after all!’