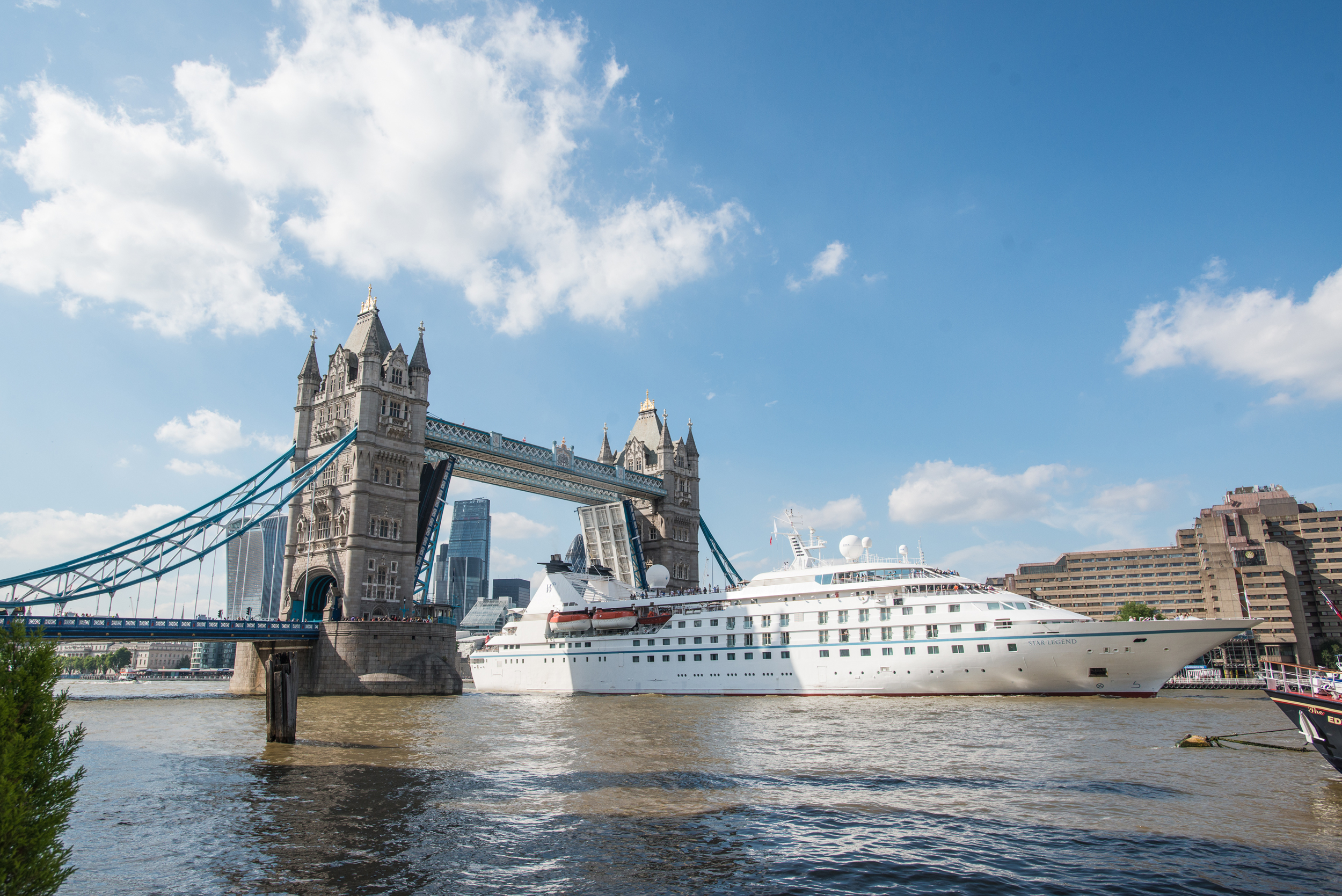 Here she is on her first visit to London – Windstar’s new ship Star Legend.

The former Seabourn Legend has undergone a a £5.4million ($8.5million) three-week refit in Genoa to give it more outdoor deck, a new entertainment area and cinema, as well as modern lounges. 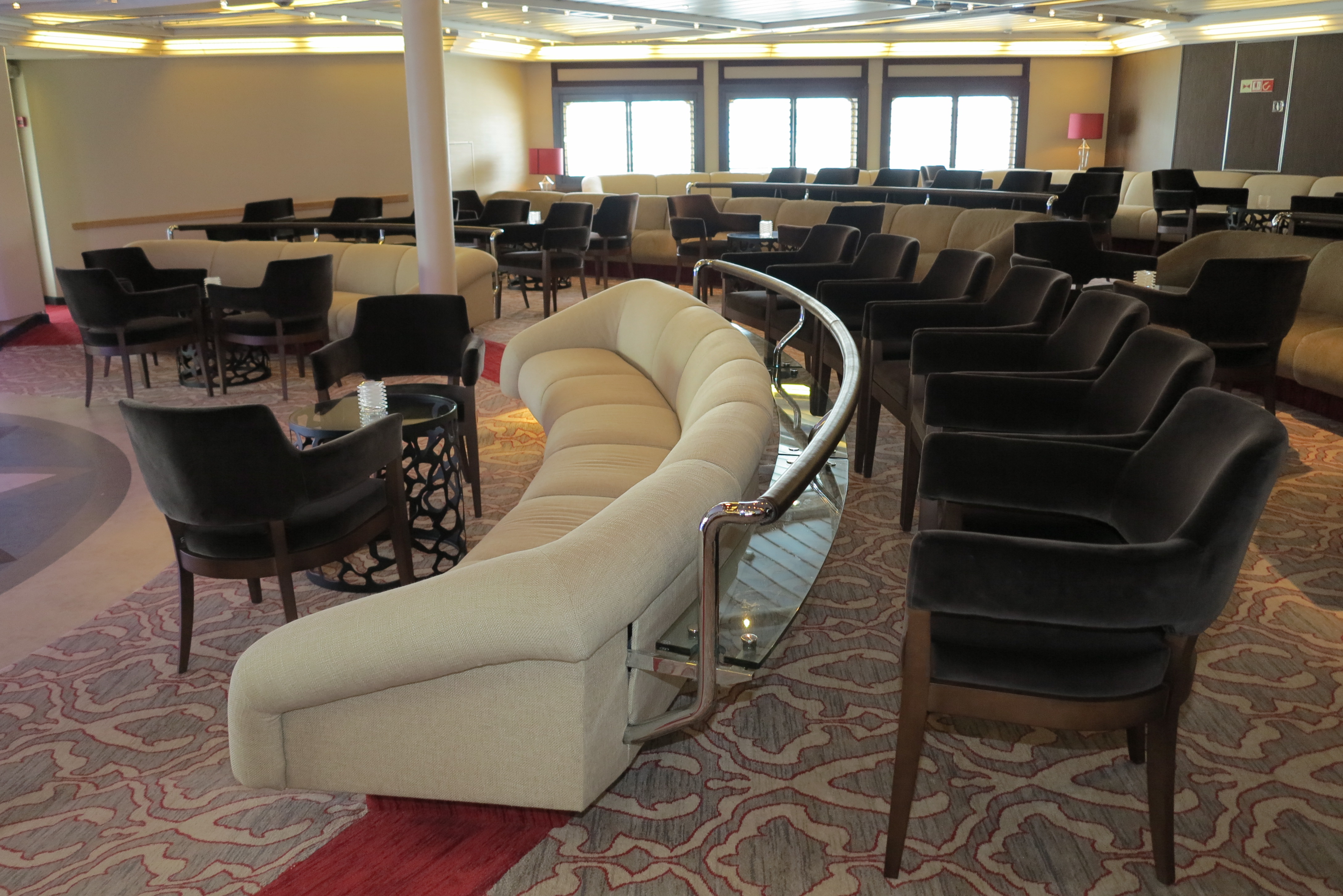 Windstar Cruises’ vice-president of operations, Alan McGrory, showed off the 212-passenger yacht next to HMS Belfast near Tower Bridge yesterday, a month after it was christened in Rome.

He said the ship would help the fleet appeal to its target audience aged 45 and upwards who enjoy good service, the ability to visit smaller ports and the chance to join in active shore excursions such as cycling. 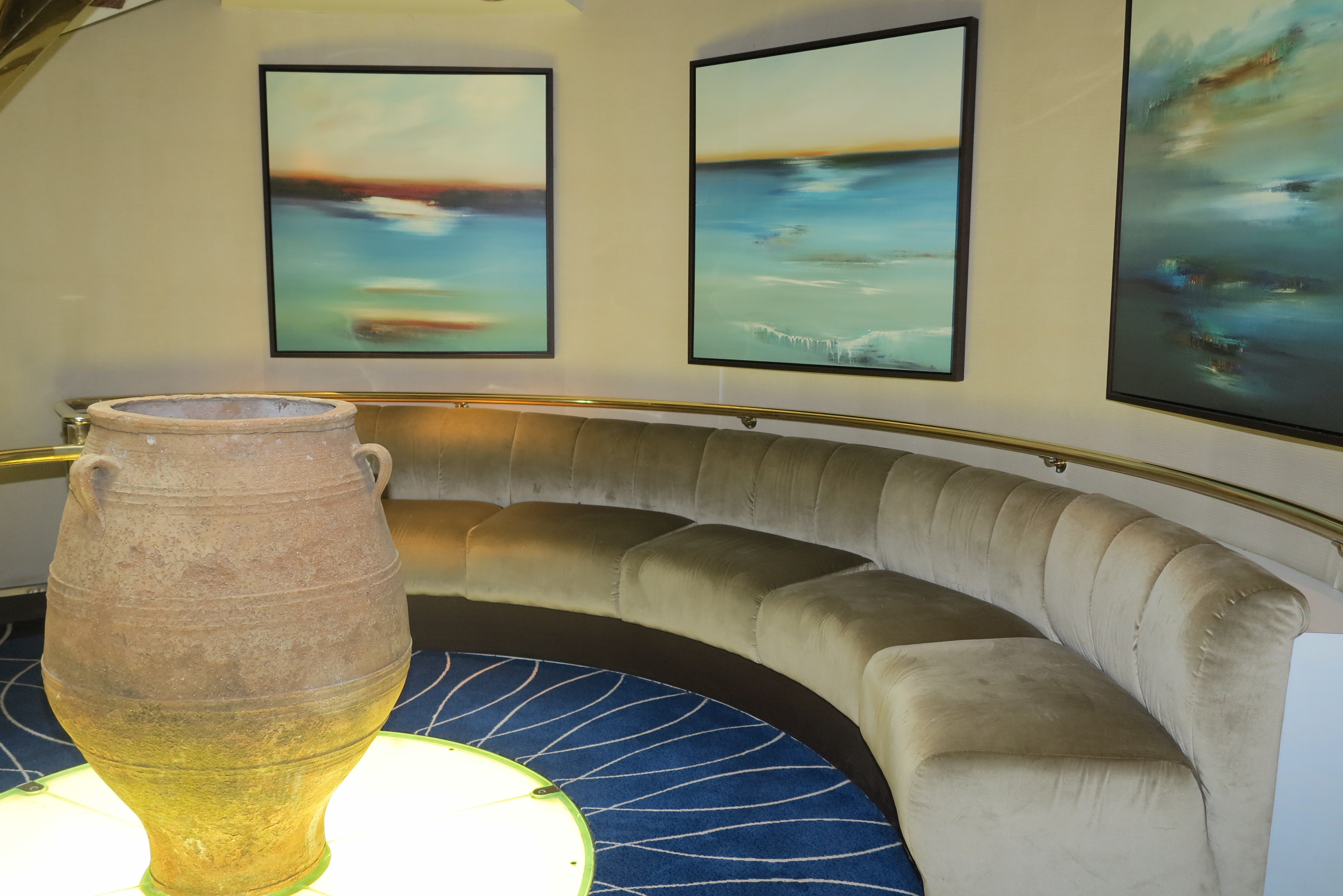 Relaxing: Sea prints at the foot of the stairwell

Asked about the typical passenger, he said: ‘They’re very young at heart, very much want to get into the local experience. The type of clientele we have on board is not just somebody who wants to come on and sit down, they really want to get out and get involved.’ 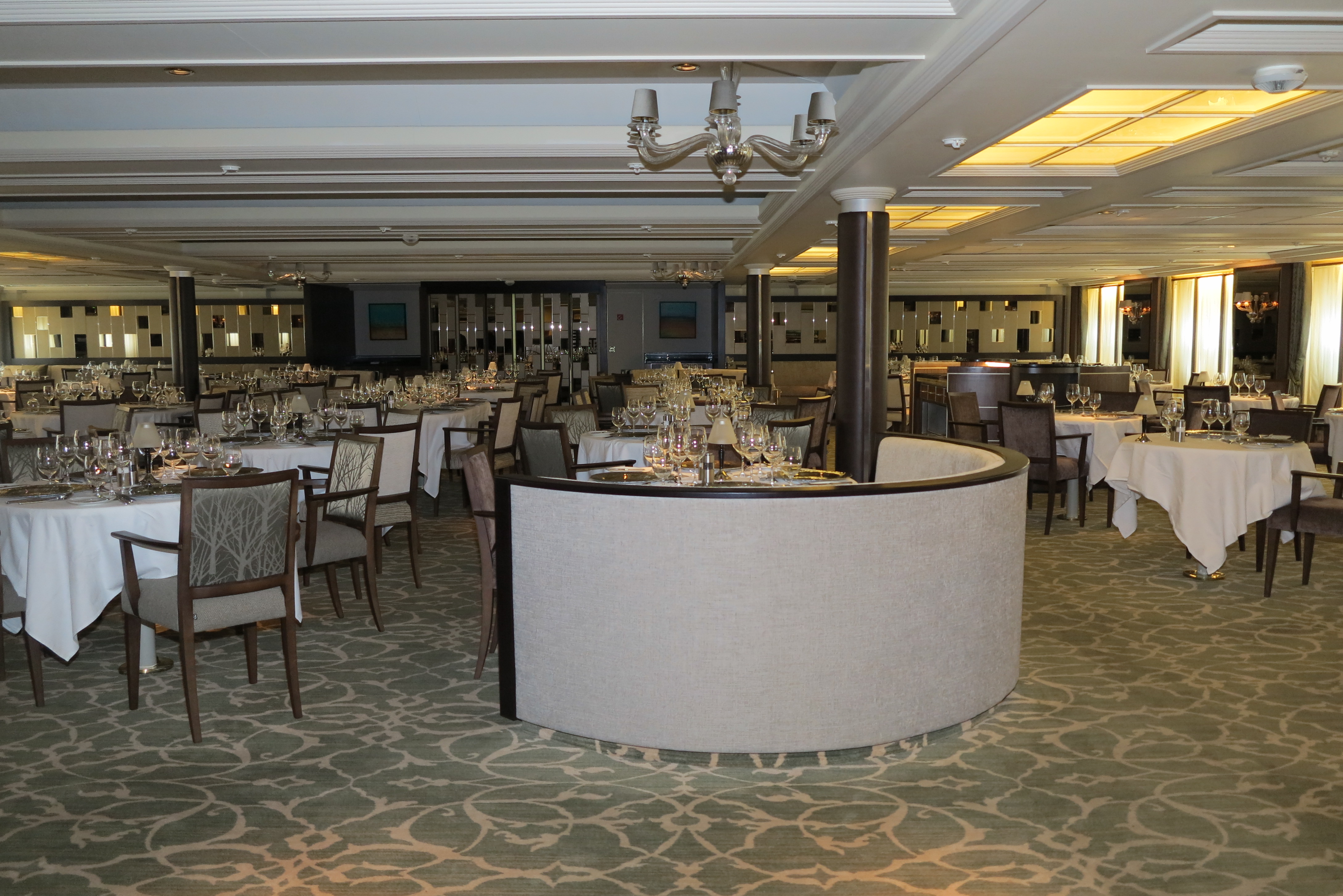 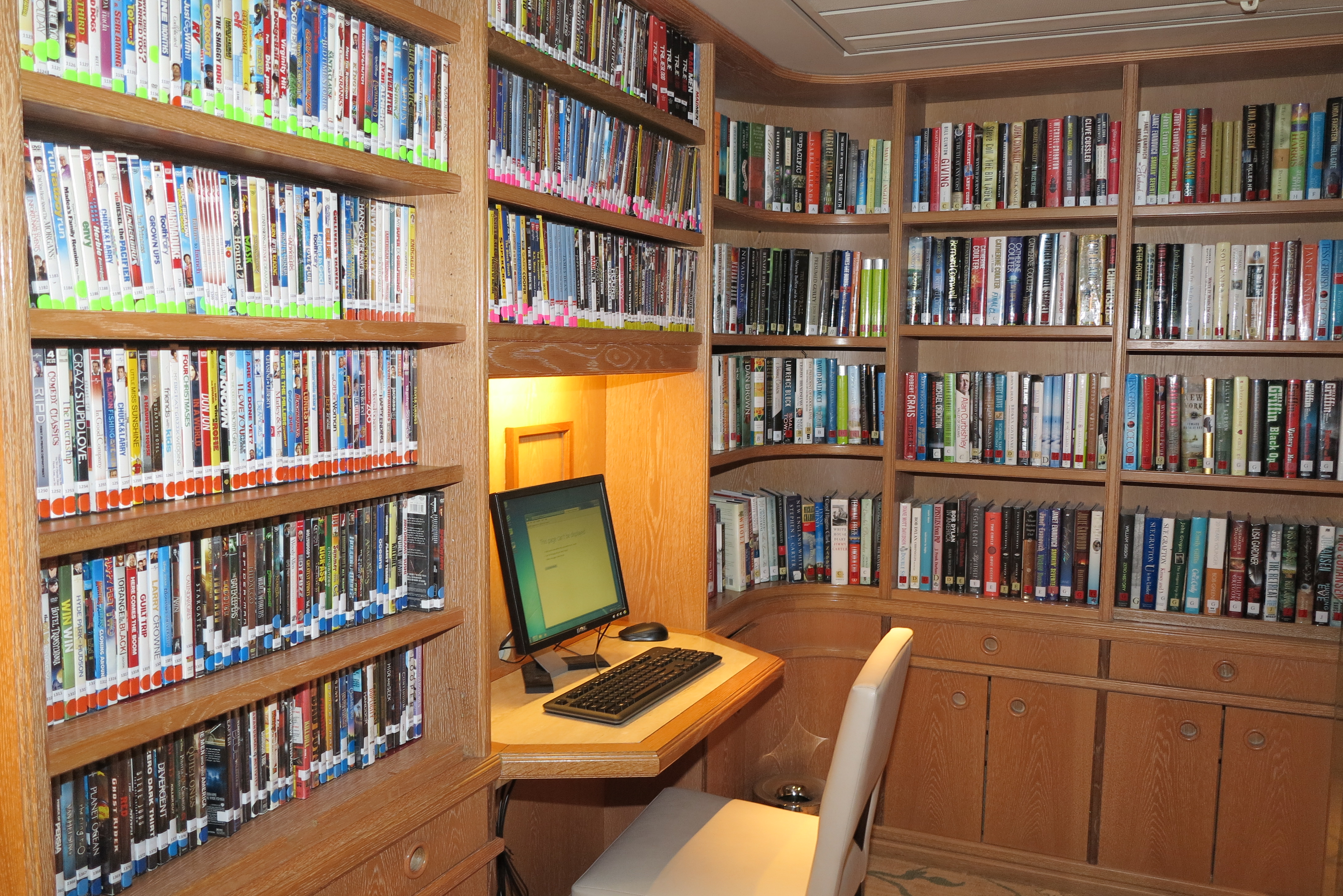 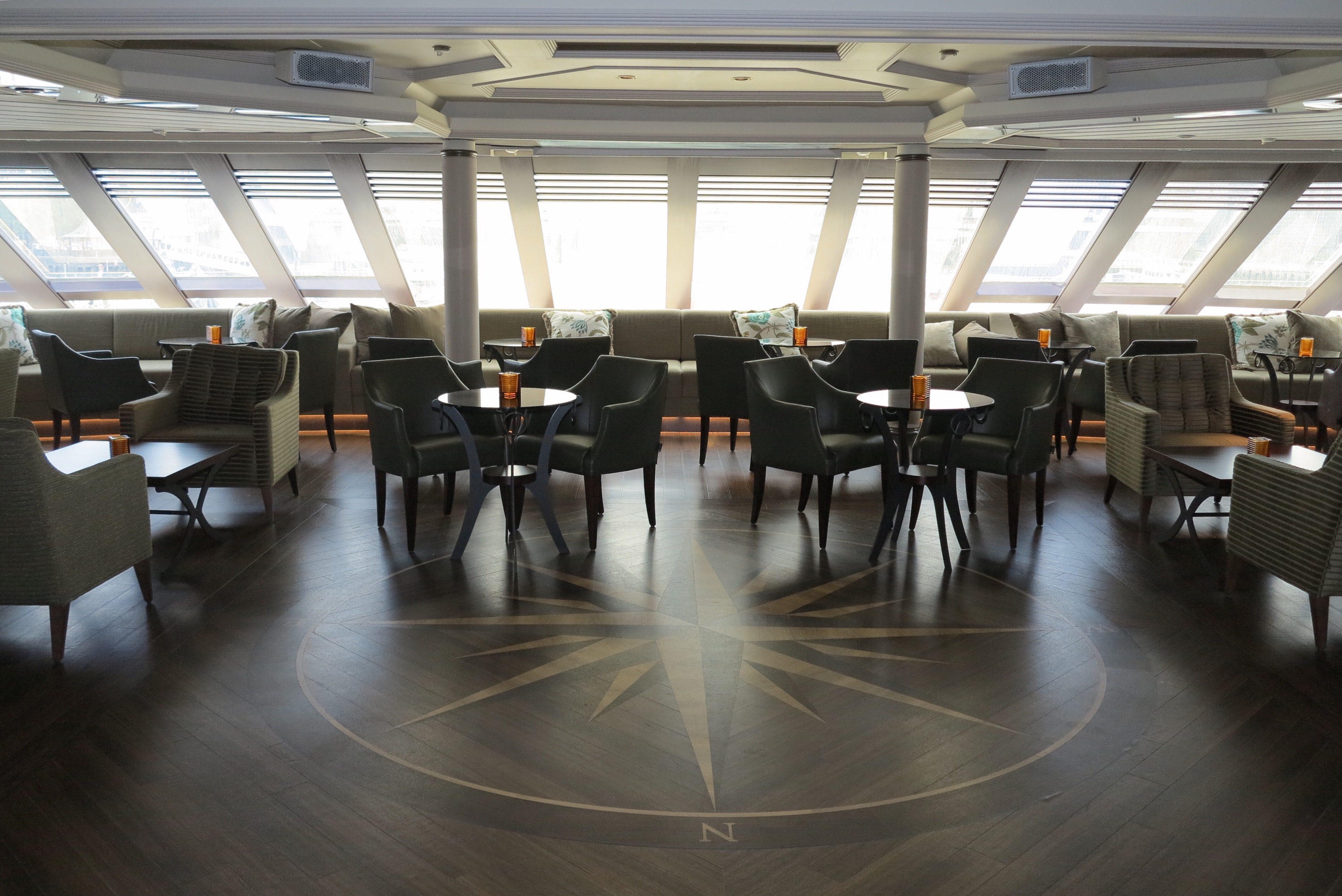 Getting your bearings: The Compass Rose

The pool has been moved forward and the deck extended for more loungers and space for tables during deck-top barbecues. 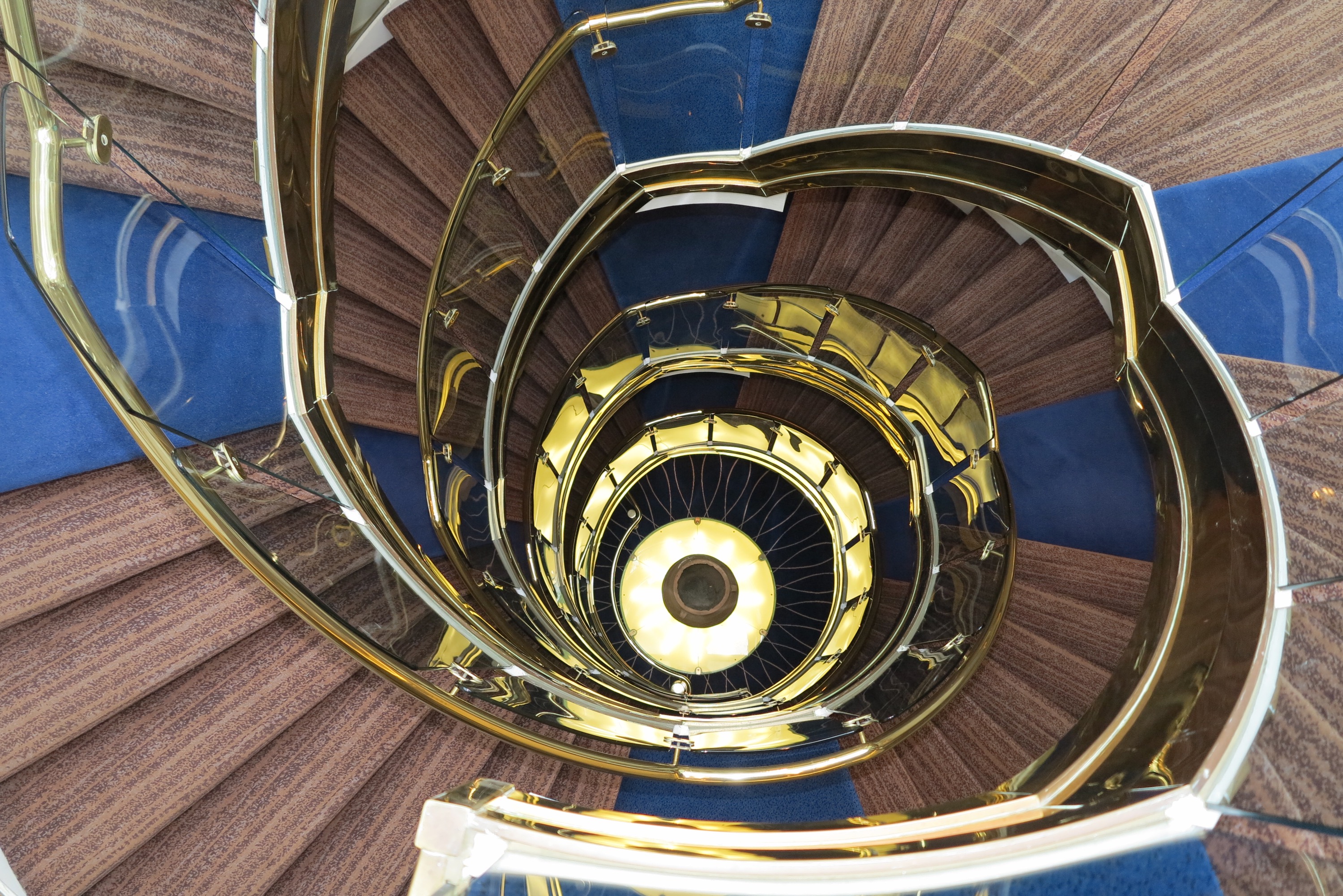 Spiral: Looking down the stair well

As to future expansion for Windstar, Mr McGrory didn’t rule out getting involved in river cruising at some stage. ‘Maybe in the future,’ he said when asked about it. ‘I would not say no to river or a different segment of cruising.’ 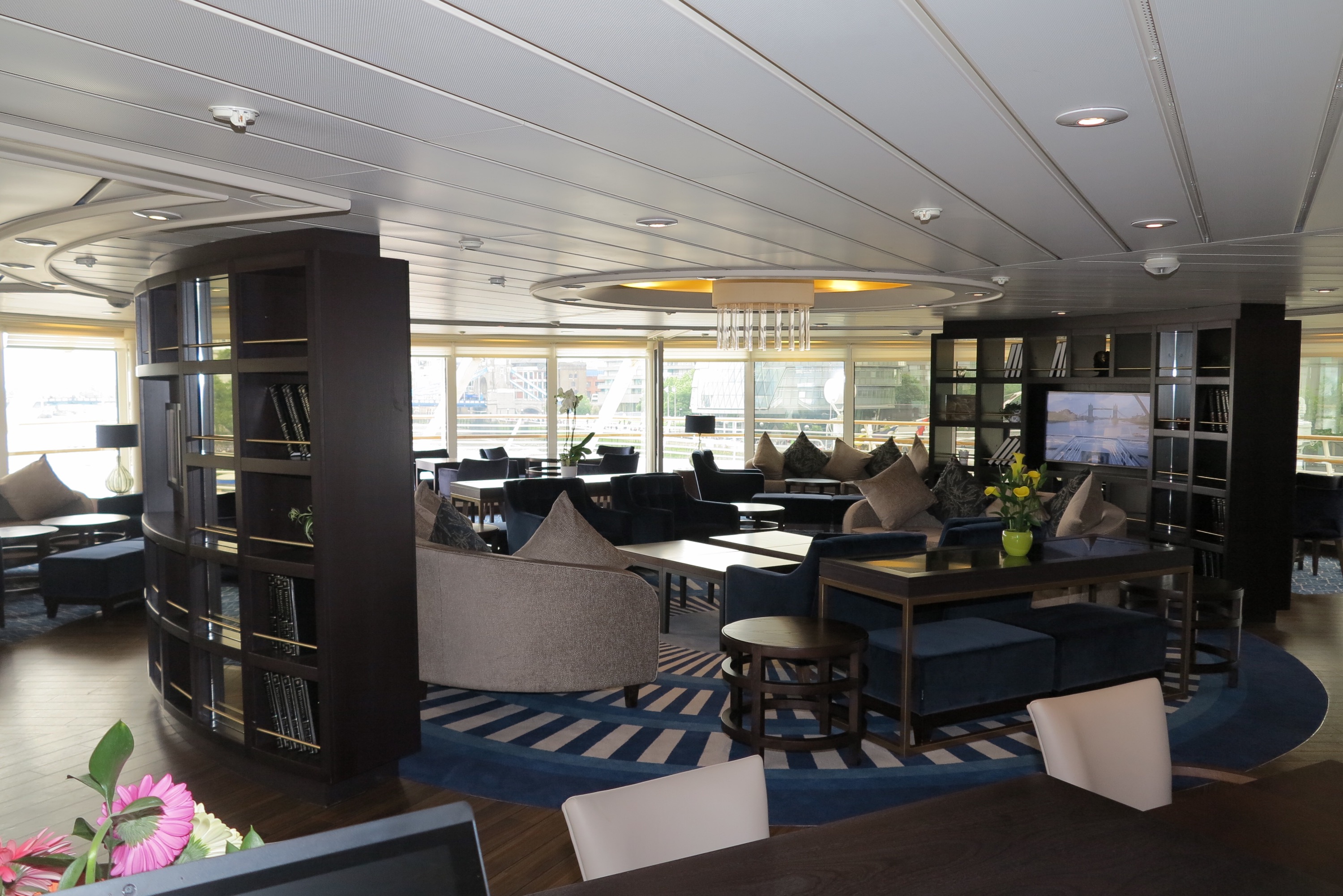 Star Legend, which has 140 crew, left London for a voyage along the south coast to Falmouth in Cornwall. It will go on to visit the Isles of Scilly, stop at Pembroke in Wales and Waterford in Ireland, return to Wales at Holyhead then end the trip in Dublin. 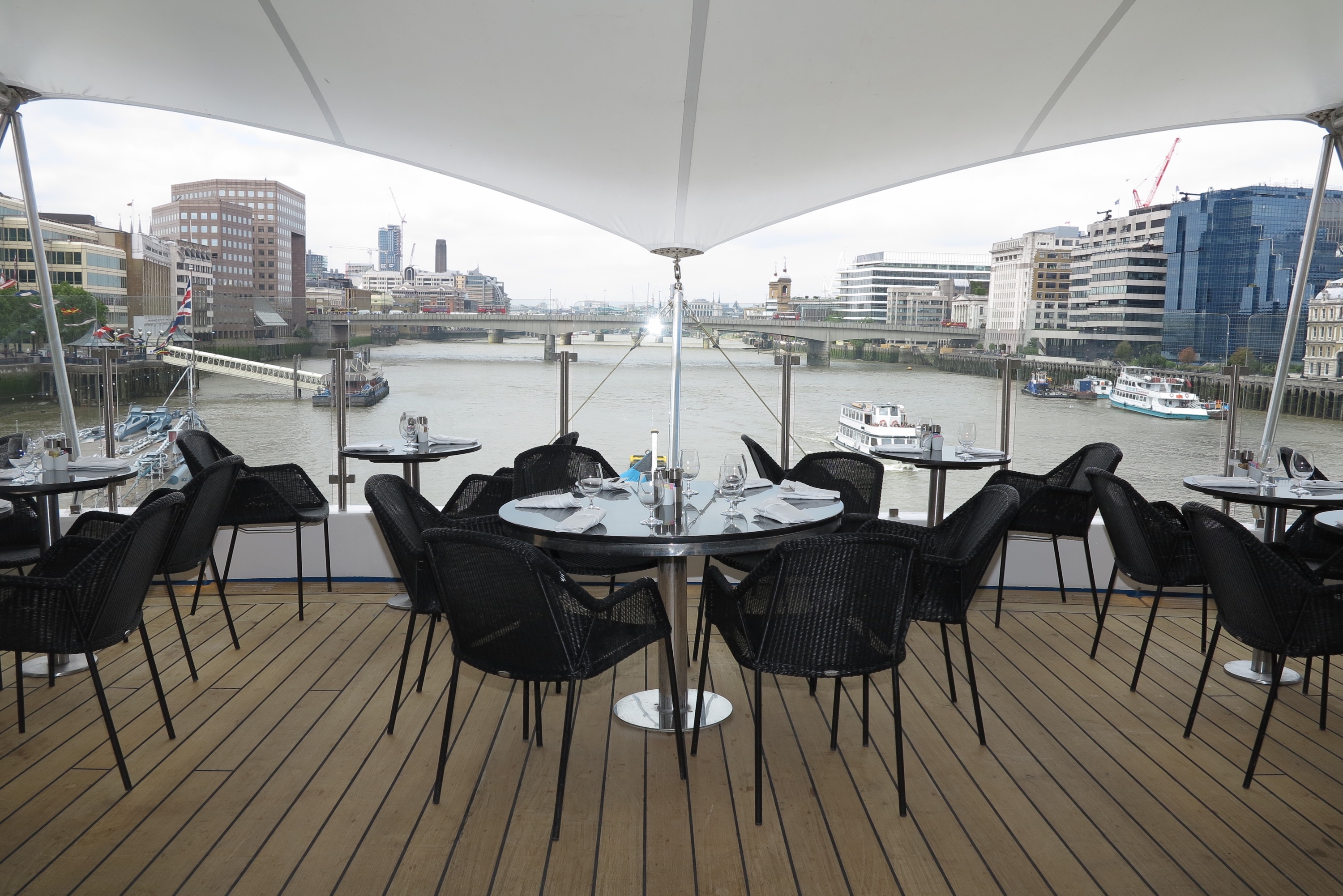 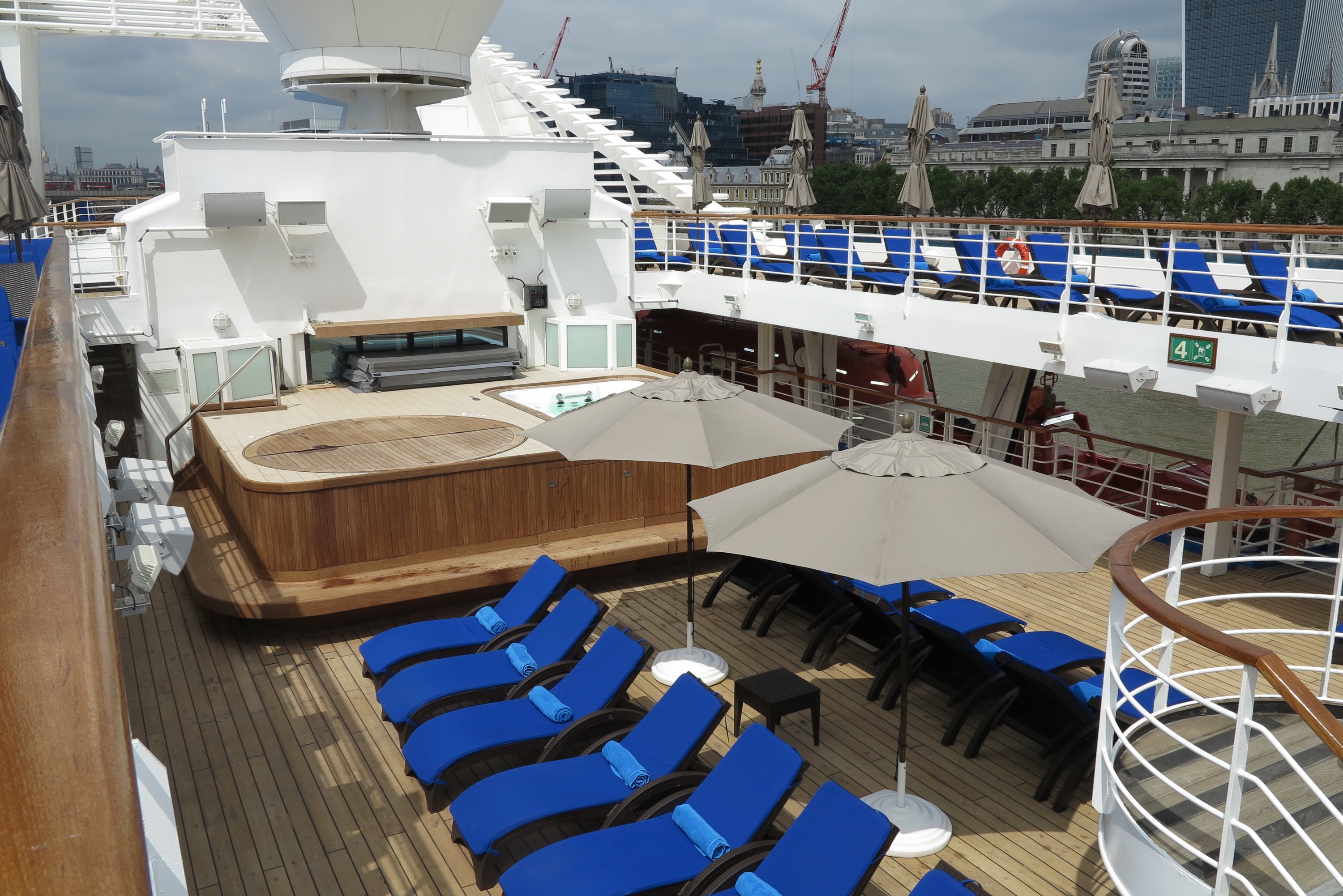 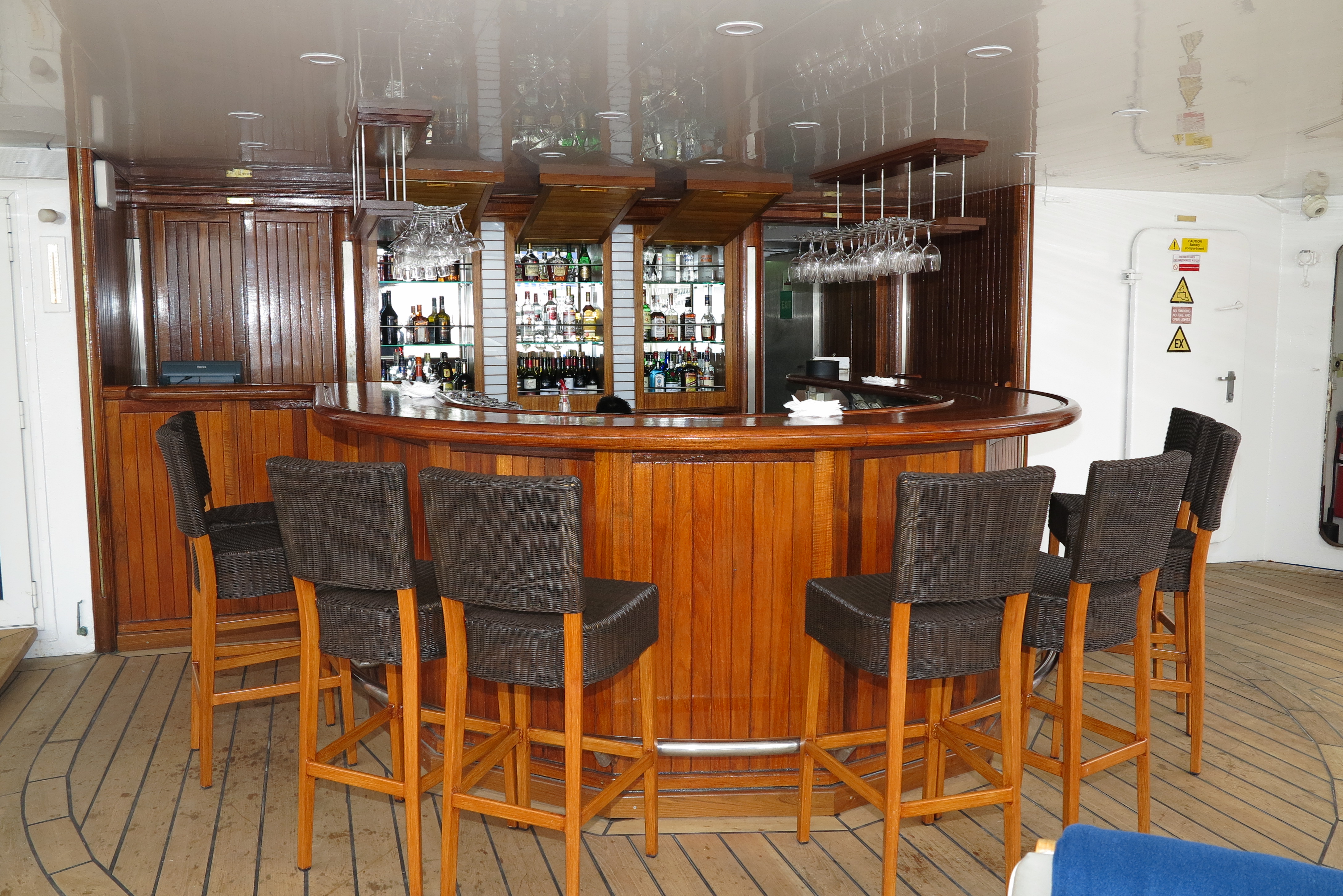 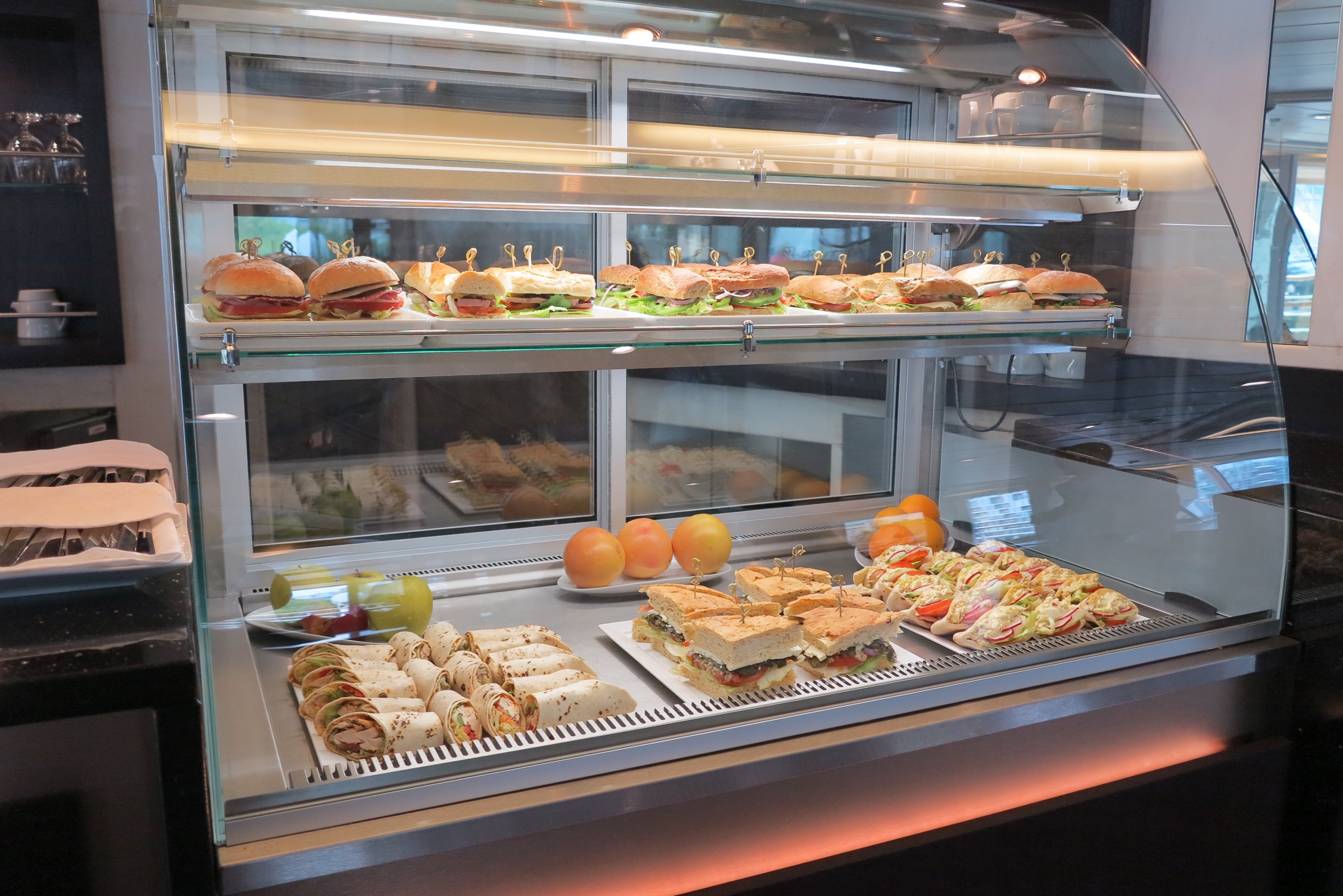 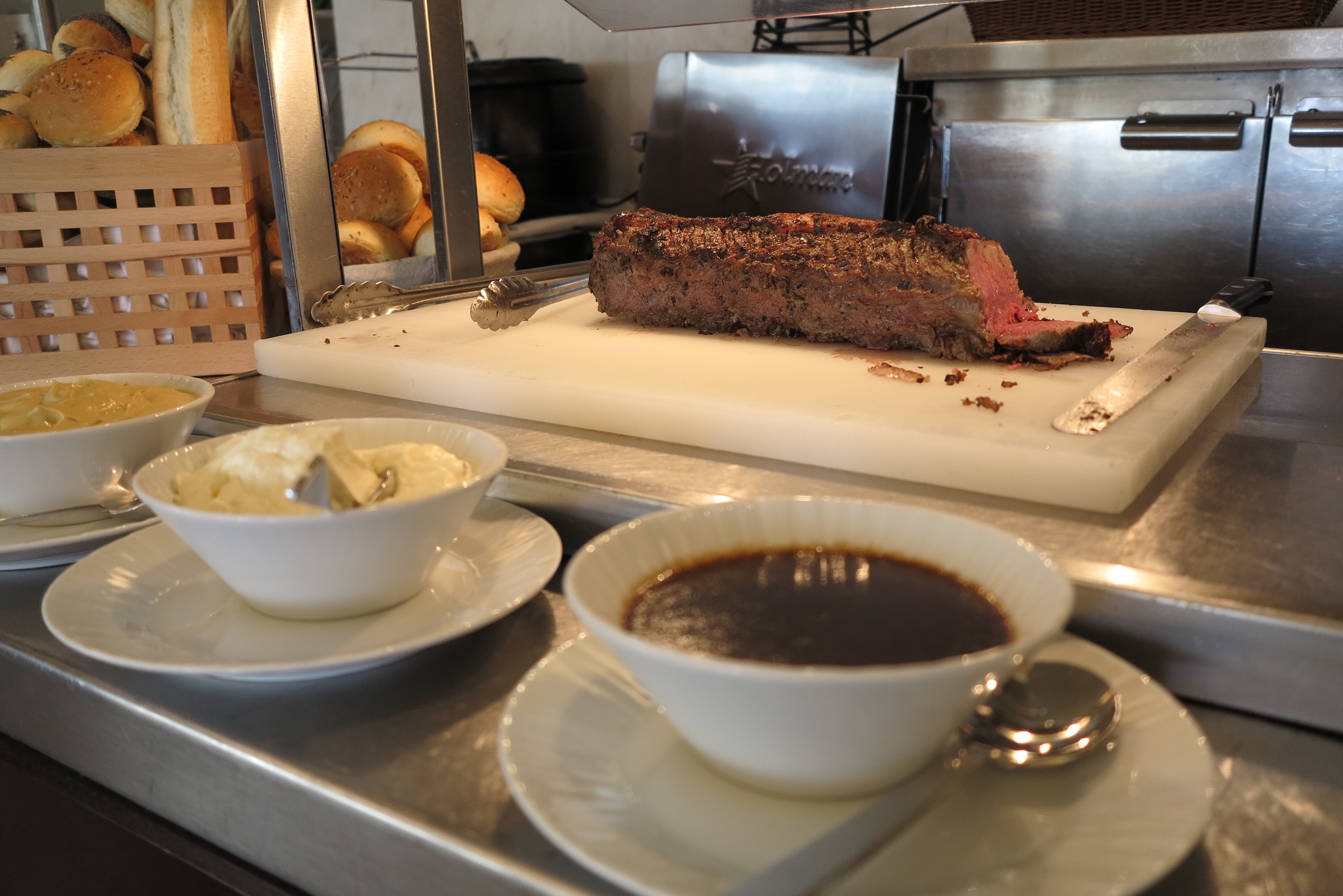 Nice joint: Beef on the buffet 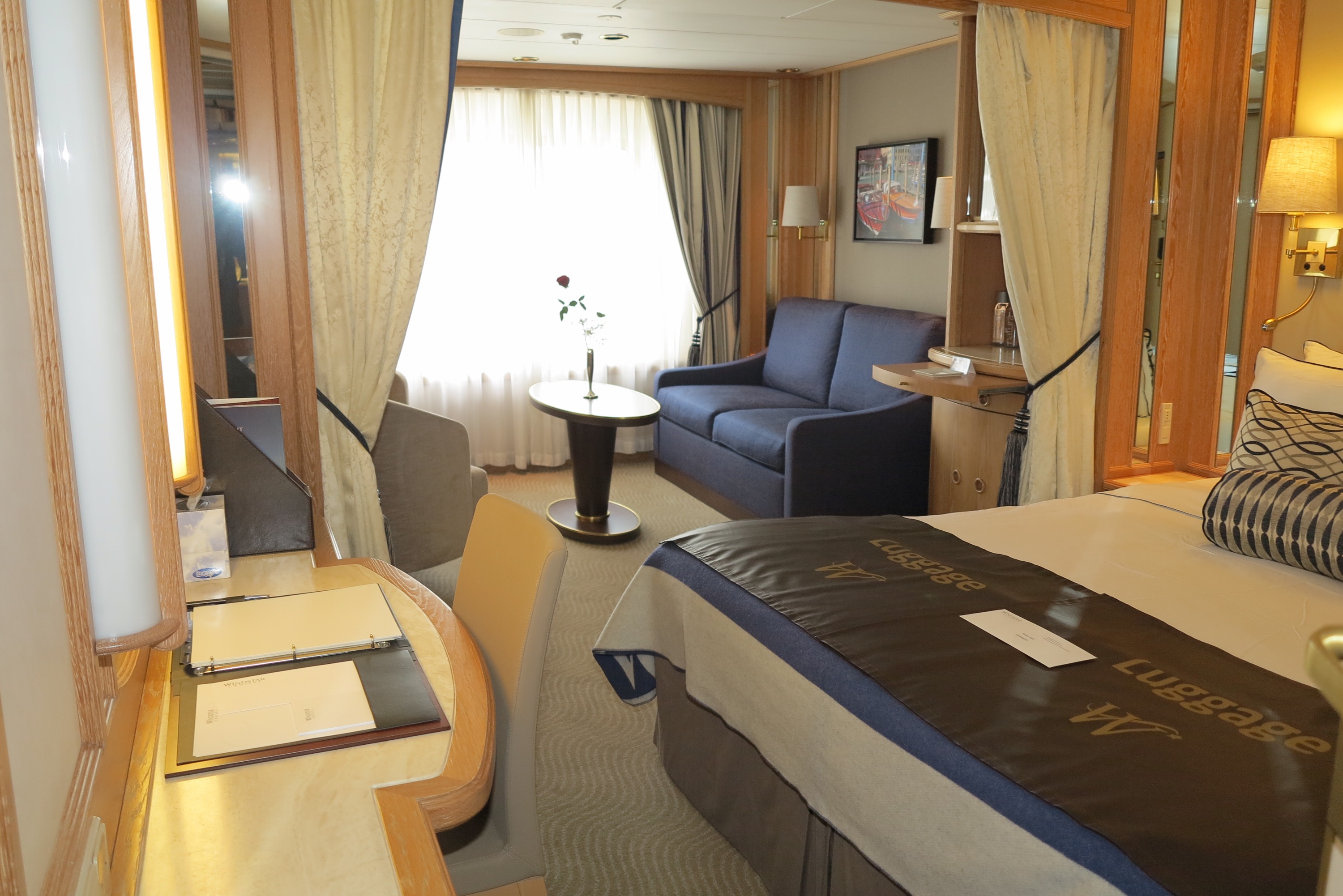 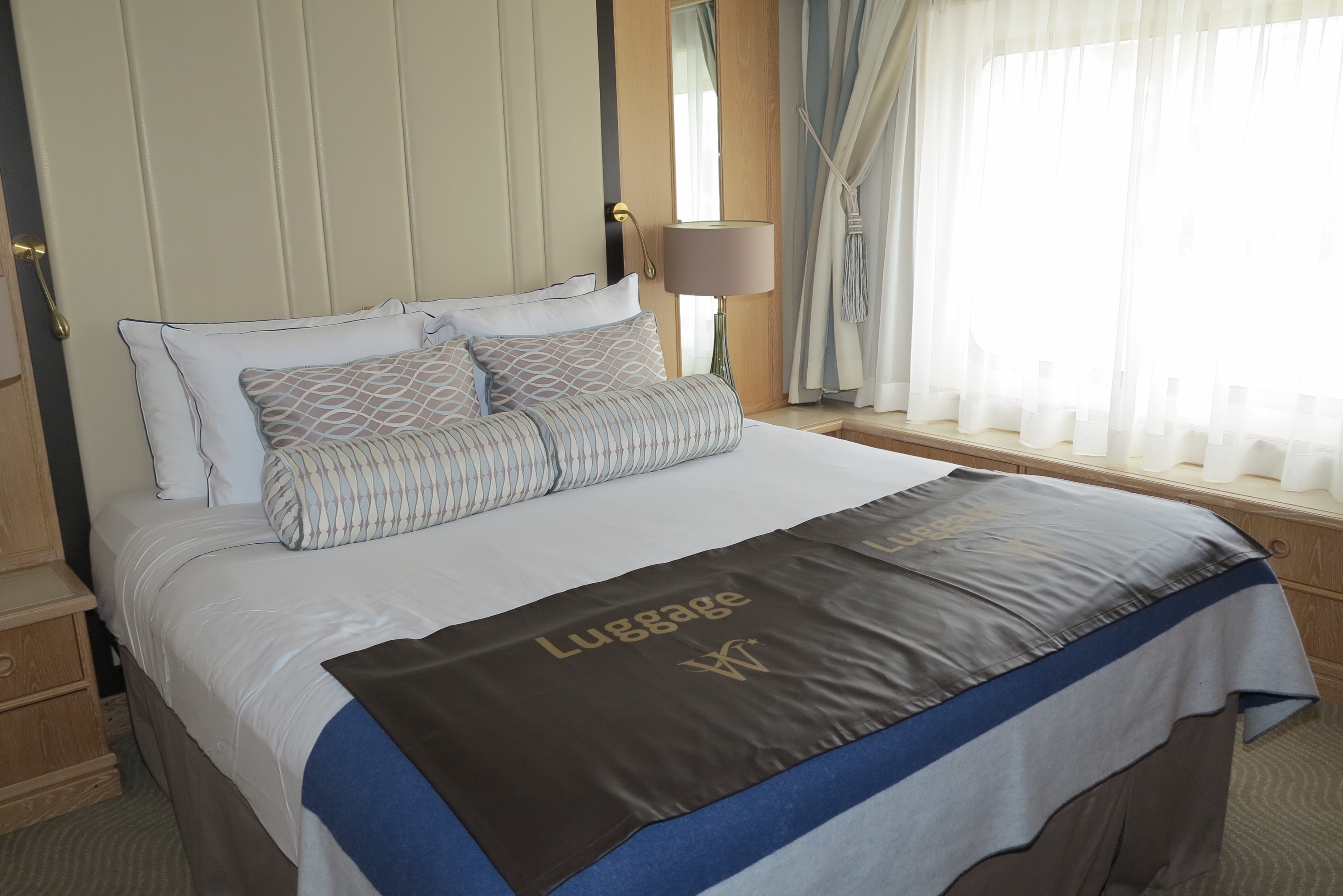 And so to bed: Part of the owner’s suite

Apart from the main photo, all pictures by author.

Shipmonk has been shortlisted for the best blogger award in the Cruise International awards.

2 thoughts on “Windstar’s new Star ship – a Legend in its own launch time. A photo tour in London.”