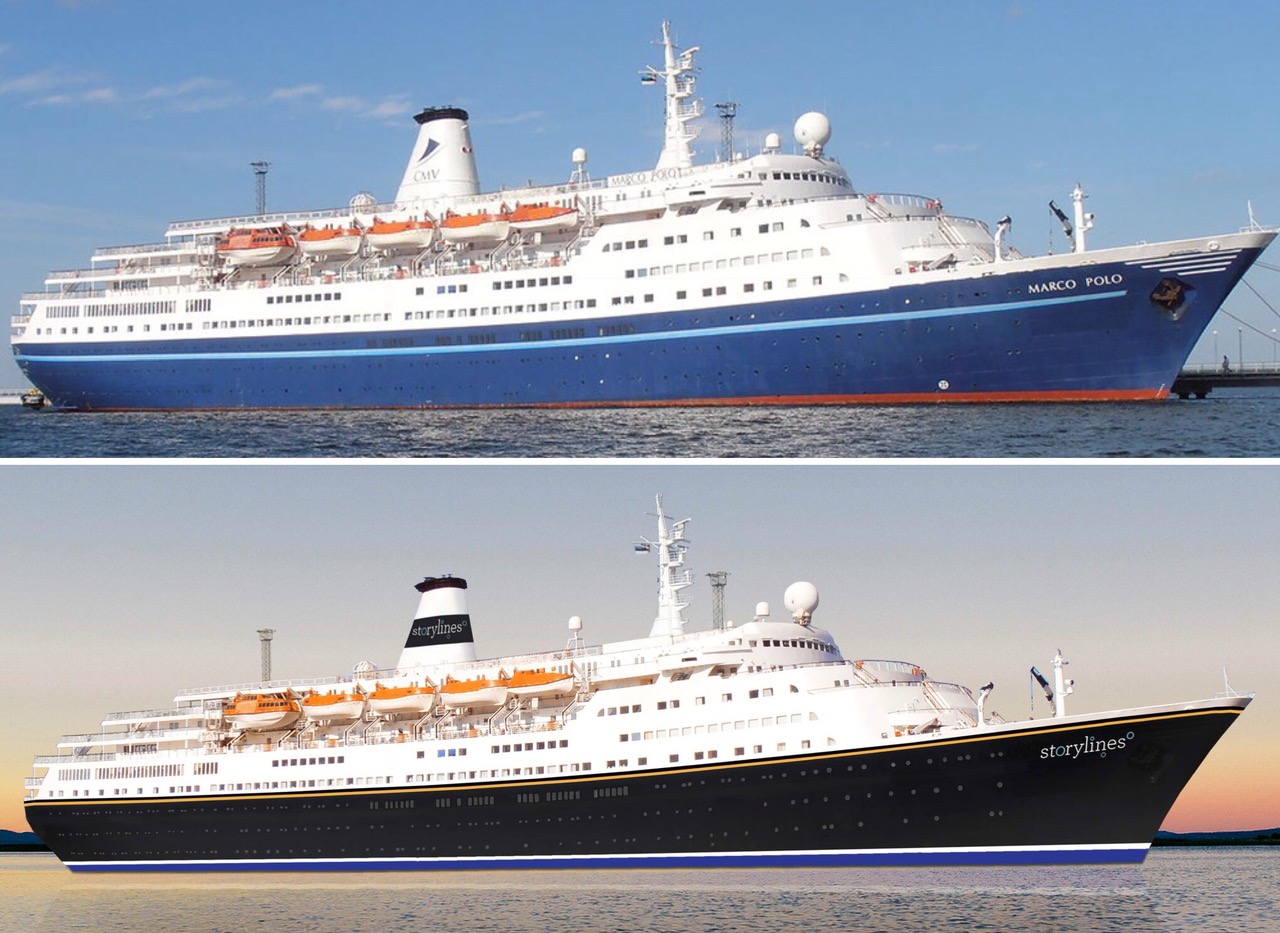 Speculation that the veteran cruise ship Marco Polo is to be sold to become luxury floating apartments has been addressed by its operators Cruise & Maritime Voyages.

Fans of the 53-year-old ship began to chatter after seeing an artist’s impression of Storylines, a ship that will be a ‘residential community’ sailing from August 2019 after a $40million refit. A second ship is due to enter service shortly afterwards.

Instead of operating as a normal cruise ship, passengers will pay up to $1,100,000 to buy cabins and live permanently on board, sailing to ports around the world. The ship will be totally redesigned with a microbrewery among its new features. Monthly service fees for the five tiers of accommodation will be up to $9,500 a person.

The Storylines website says the project is ‘definitely not a timeshare’, though owners will be able to let friends or family use their ‘cabin-condos’ when they are not on board.

The company says: ‘Due to contractual conditions, we are not able to release the name of the vessels at this point. Ship names will be released in early 2018.’

It adds that: ‘Our ships are currently cruising around the world. Soon they will be released for a full refit prior to entering service with Storylines.’

Statistics given on the website about the line’s first ship are very similar to those of Marco Polo.

However, a spokesman for CMV told me today: ‘These stories do pop up from time to time, especially when such a fine traditional liner is involved. Let me assure you there are no immediate plans, indeed we are busy getting the next CMV brochure ready for launch. Marco Polo is featured in the current 2018 programme and is also set for an exciting programme in 2019.’